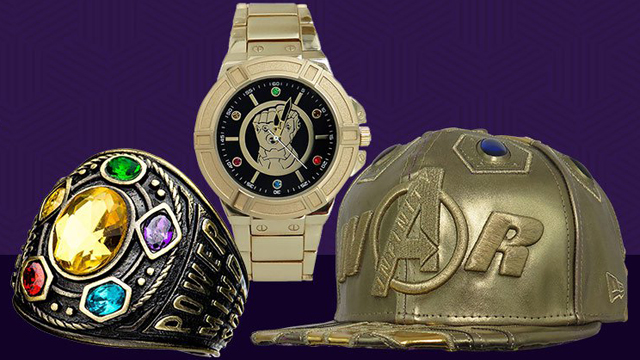 Now that Avengers: Infinity War has made its way into movie theatres, SuperHeroStuff has stocked up on all of the best merchandise and collectibles from Marvel’s mega film, including these exclusive collectible items that are now available for pre-order and shipping in June/July.

In addition to tons of new Avengers: Infinity War tees, toys, hats, action figures, accessories and other movie related merchandise, are these three exclusive pre-orders that are definitely pretty cool. First up is the golden New Era Gauntlet 59FIFTY Hat that comes encrusted with six Infinity Stones, plus intricate embroidery, premium material, and six gem panels on the lining. Secondly, there’s the Class of Infinite Power Ring that’s as awesome as it sounds, with six gem stones, inlaid with stone names, and expertly crafted from stainless steel. And last, but certainly not least, is the Infinity Gauntlet Wrist Watch which features six inlaid gem stones, gold-colored stainless steel, and an adjustable metal band.

You can pre-order all three Avengers: Infinity War SuperHeroStuff Exclusive Collectibles below. 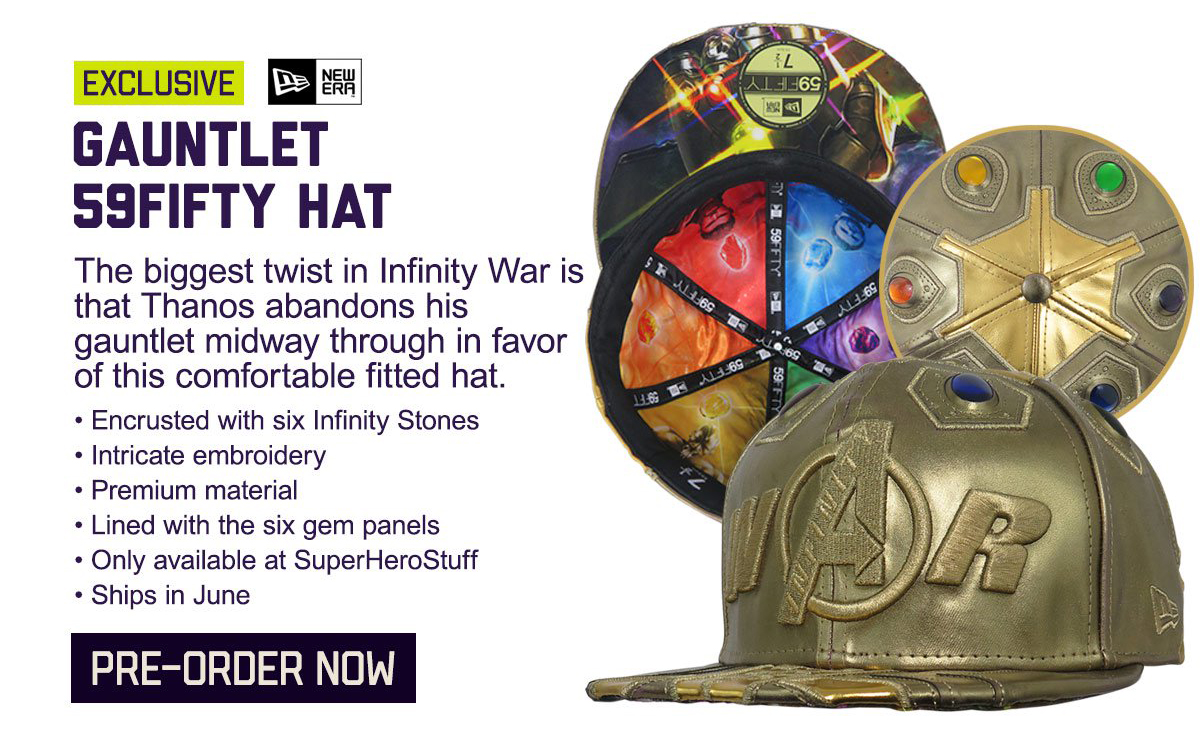 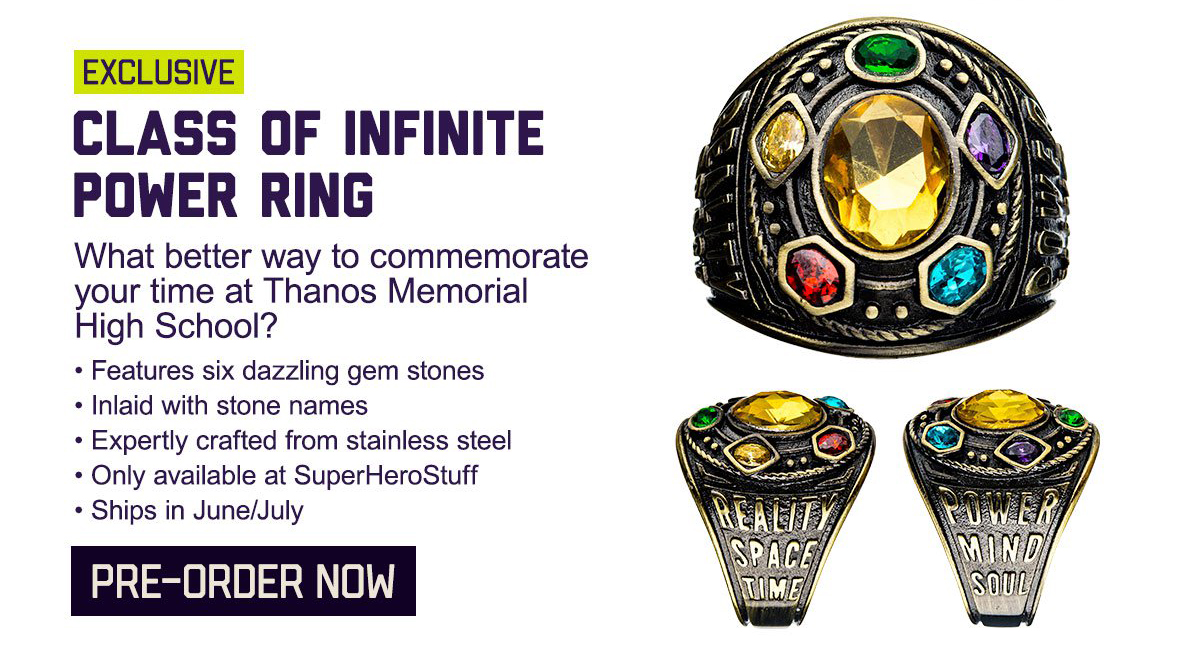 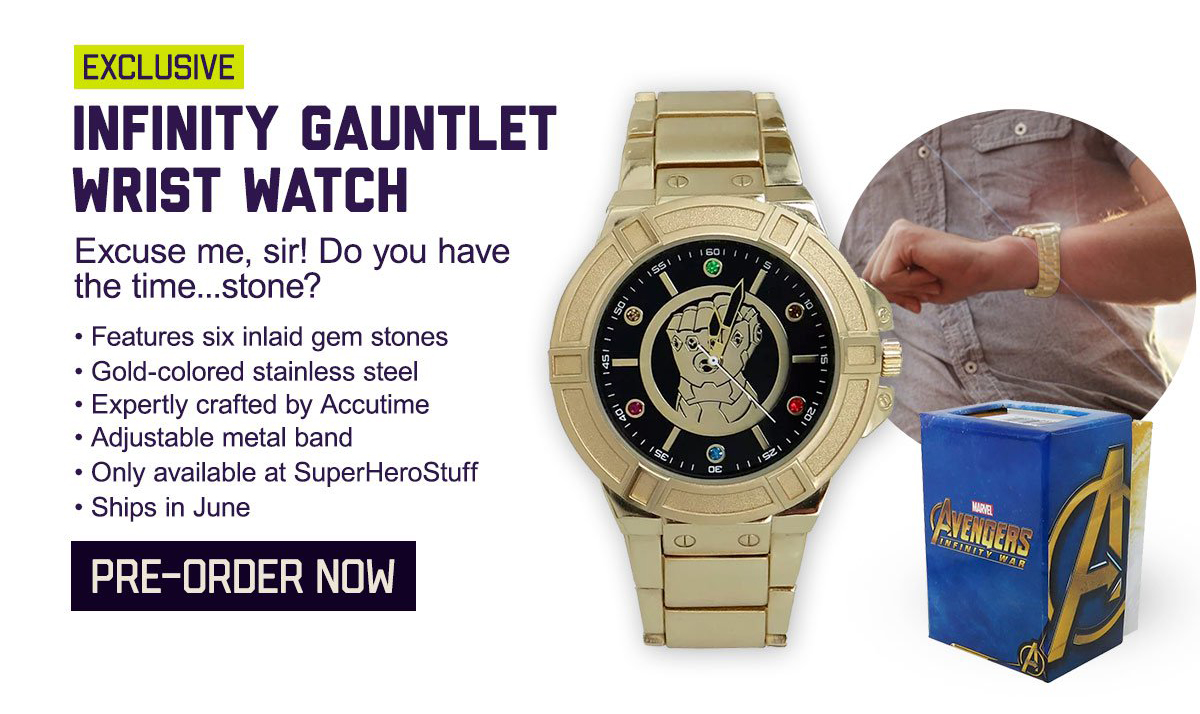 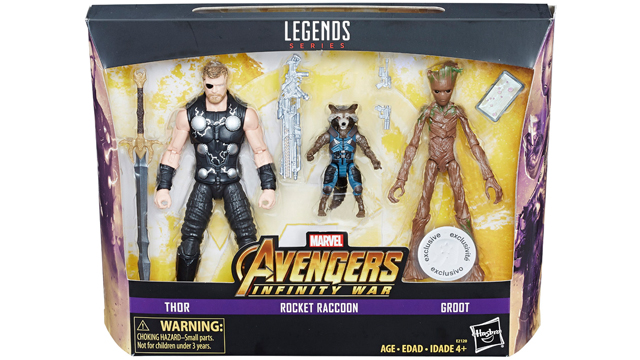 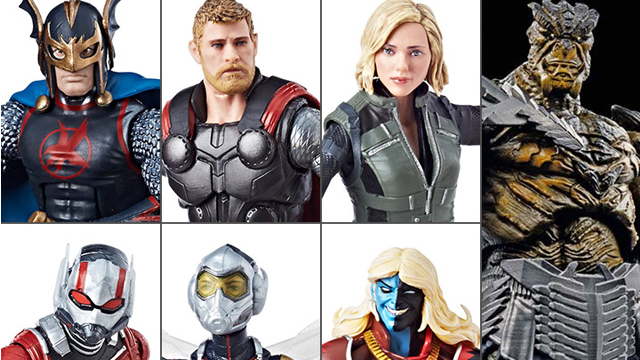