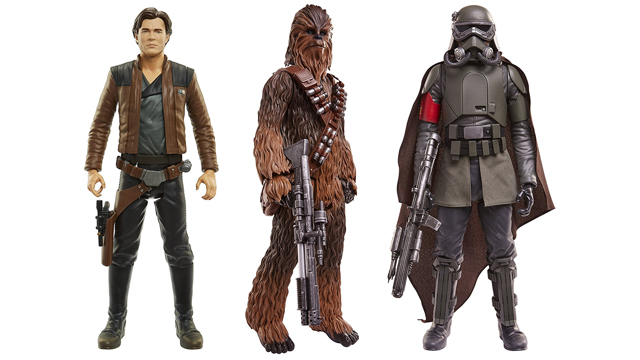 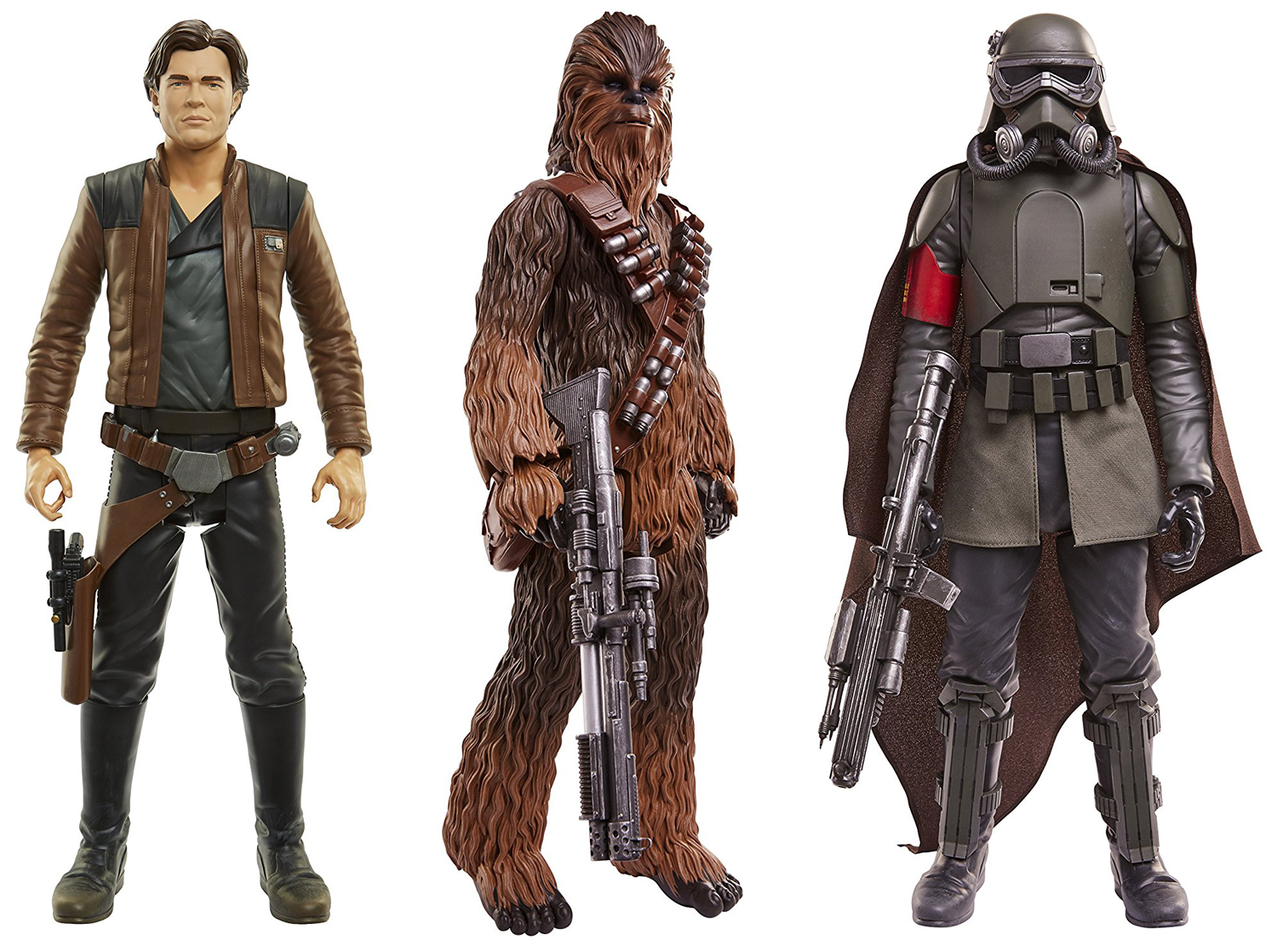 It is very hard to find toys that appeal to kids and collectors. Jakks Pacific and its line of 20 Inch Big Fig toys are an example of how to attract both audiences. The Big Fig line is sturdy and perfect for rough play. Kids are also attracted to their large size and weight. Collectors also find them appealing because of how well they display on a shelf. There also aren’t a lot of figures on shelves in this scale and at such a low price point they are hard to resist. Currently available for the new Solo: A Star Wars Story film are Han Solo, Chewbacca and a Mudtrooper. Wave 1 is available now as a set and they will ship from Entertainment Earth this month.

These Solo figures are BIG! Bring your favorite Star Wars characters to life with the Star Wars Big Fig Action Figures! Each detailed action figure brings movie authenticity to your toy box in a big way and feature your favorite heroes and villains from Solo: A Star Wars Story! Immerse yourself in the galaxy far, far away with the Star Wars Solo 20-Inch Big Fig Action Figure Wave 1 Set! Each character stands about 18-20-inches tall and comes packaged in a display tray. Ages 3 and up.