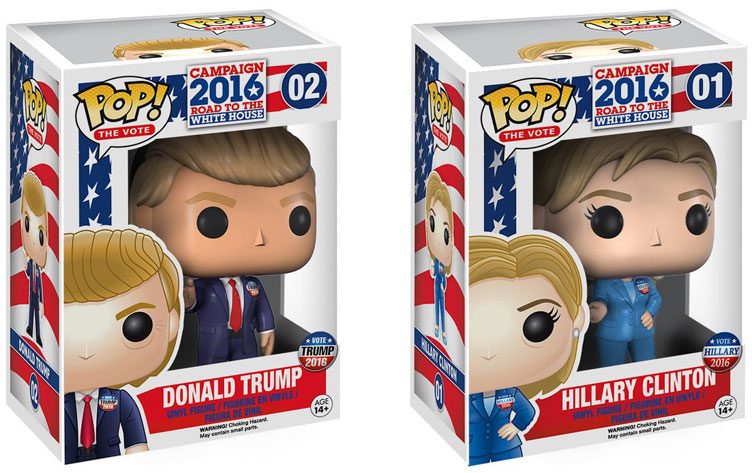 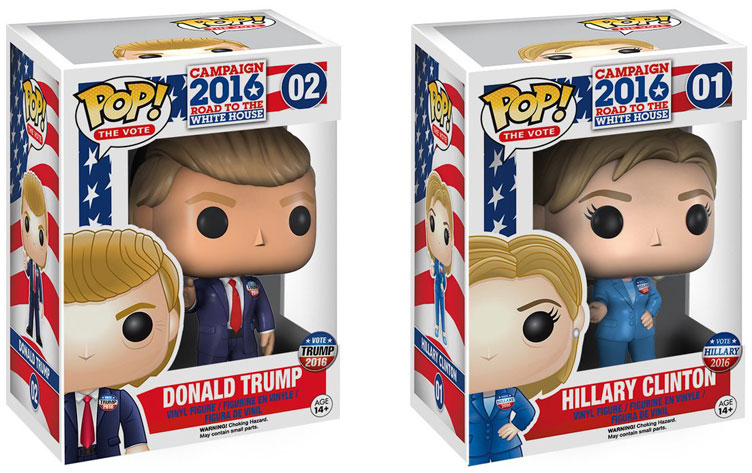 With the United States pesidential election starting to heat up and the two primary candidates going head-to-head, here’s your chance to choose a side in 3 3/4 -inch collectible style with these Donald Trump and Hillary Clinton Pop! Vinyl Figures from FUNKO.

Part of the Pop! The Vote collectible figure series, both Donald Trump and Hillary Clinton Pop! Vinyls capture the two presidential candidates in all their glory, packaged in a star spangled window box for patriotic display.

Whether you’re siding with Trump or Clinton, take a closer look at both Campaign 2016 Road to the White House Pop! Vinyl Figures which are available to buy below. 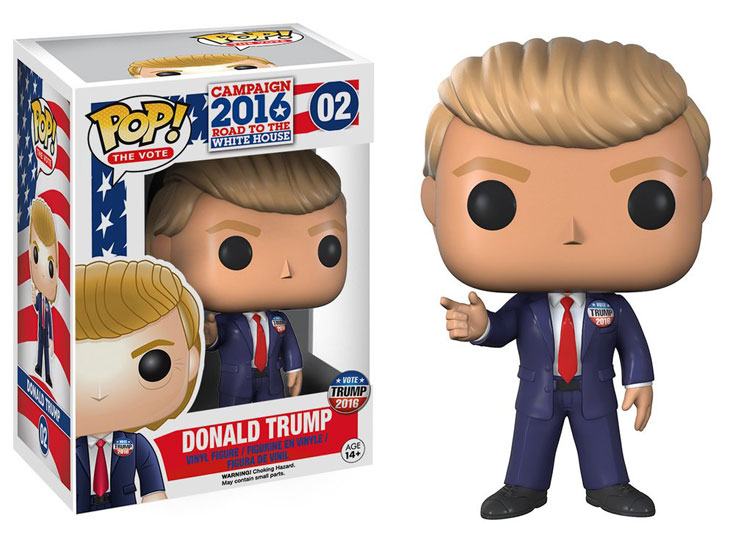 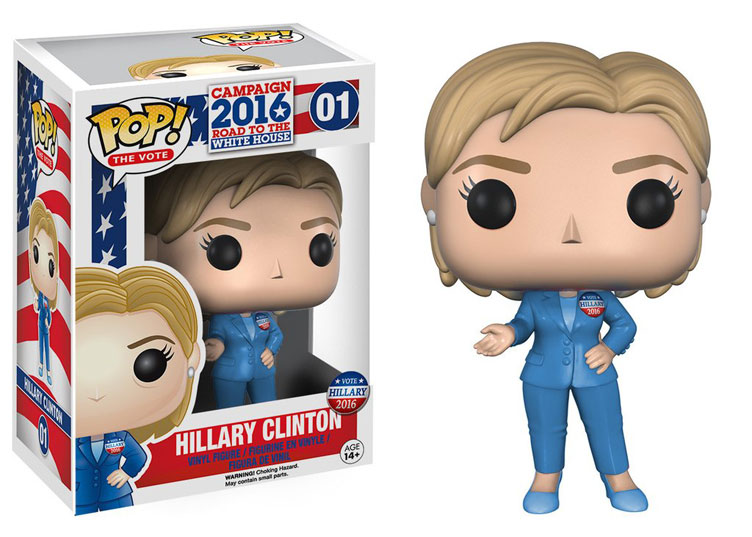