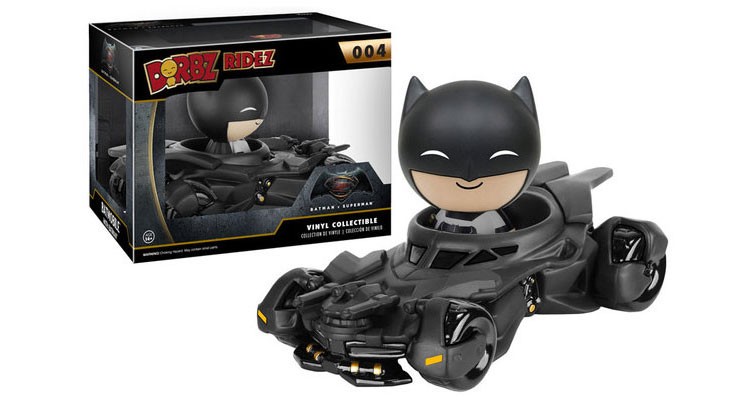 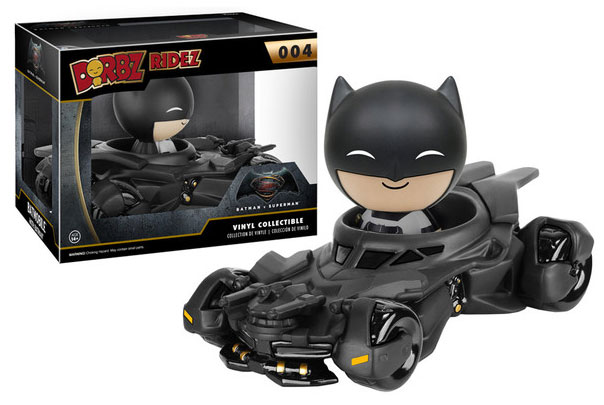 Not only have the Batman vs. Superman: Dawn of Justice Dorbz Vinyl Figures by Funko released in time for the blockbuster superhero film’s big debut but now the 3 1/2 inch Caped Crusader can buzz around in style as well with this Dorbz Ridez Batmobile.

Replicating the Batmobile that’s featured in the film but in cutesy fashion, the Dark Knight’s Dorbz Ridez Batmobile stands approximately 4 inches tall and even comes equipped with a Dorbz Batman vinyl figure for full effect. Similar to the individual figures, the Batmobile comes packaged in a window box that’s perfect for popping up on your desk, shelf or inside your favorite display case, while easily accessible for times when you want to take it for a cruise through Gotham.

Complete your collection with one of the baddest looking Batmobiles out there with this Batman vs. Superman: Dawn of Justic Dorbz Ridez vehicle from Funko.

Posted on April 4, 2016April 5, 2016
The ActionFiguresDaily editorial team researches & features the best new action figures and collectible toys.  ActionFiguresDaily.com may receive compensation if you click a link in this article and buy a product.