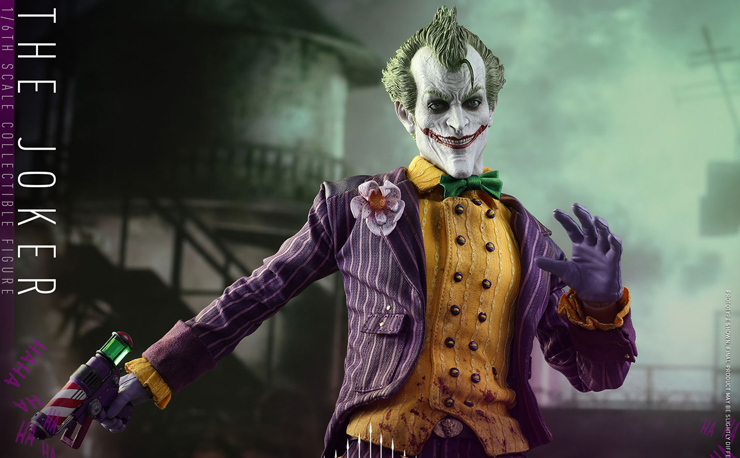 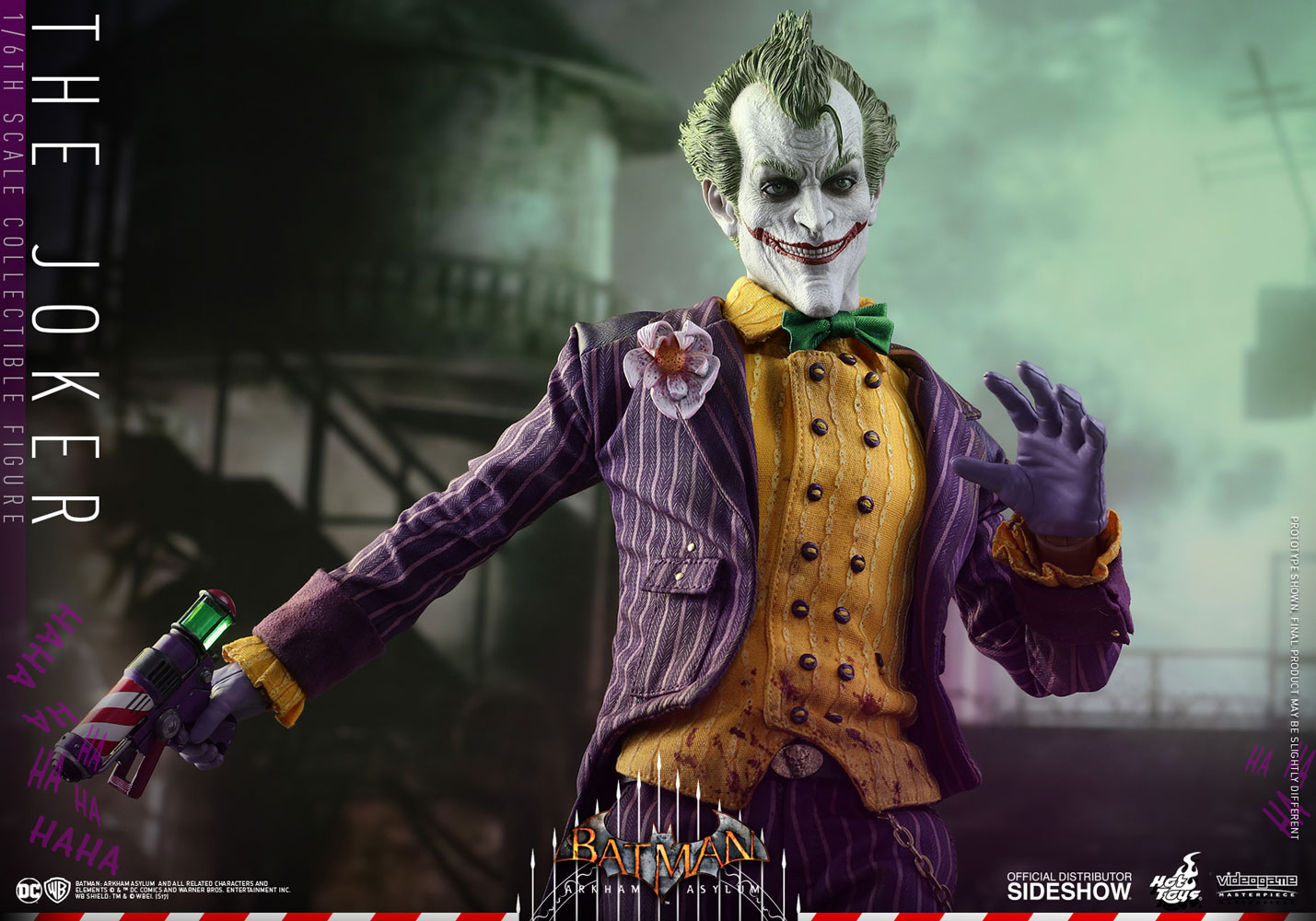 Based on The Joker’s appearance in the popular video game Batman: Arkham Asylum, the Clown Prince of Crime from Hot Toys’ sixth scale collectible figure line-up has popped up and is now available for pre-order at Sideshow.com.

Weapon-wise, The Joker comes equipped with a pistol, an injection gun with three injection pellets, and a chattering teeth explosive. As for accessories, he features one pair of glasses, one pair of handcuffs and a specially designed figure stand with game logo and backdrop.

The Joker in Batman: Arkham Asylum Sixth Scale Figure by Hot Toys is priced at $229.99 with an estimated arrival of Oct 2017 – Dec 2017. You can pre-order The Joker now at Sideshow.com. 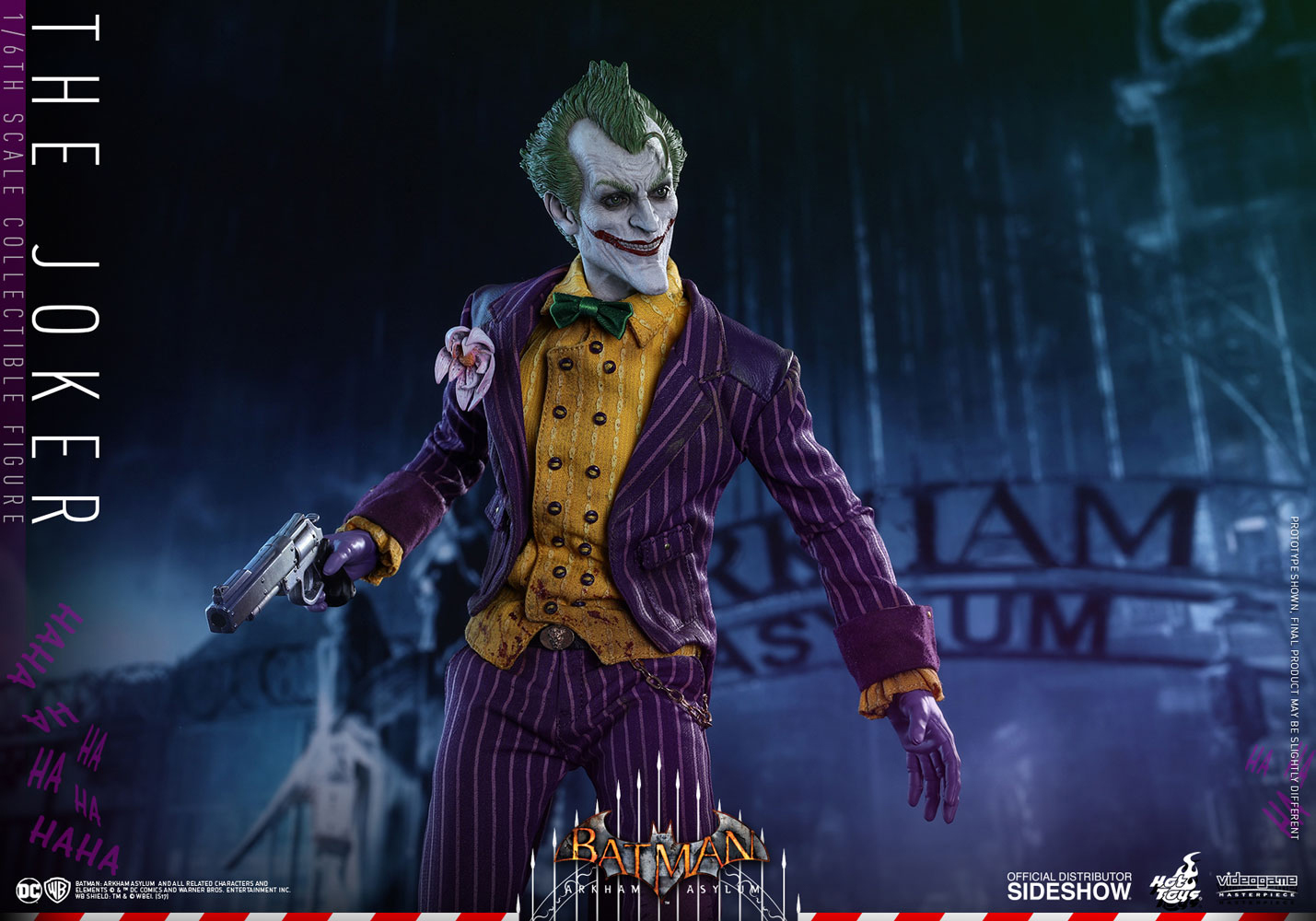 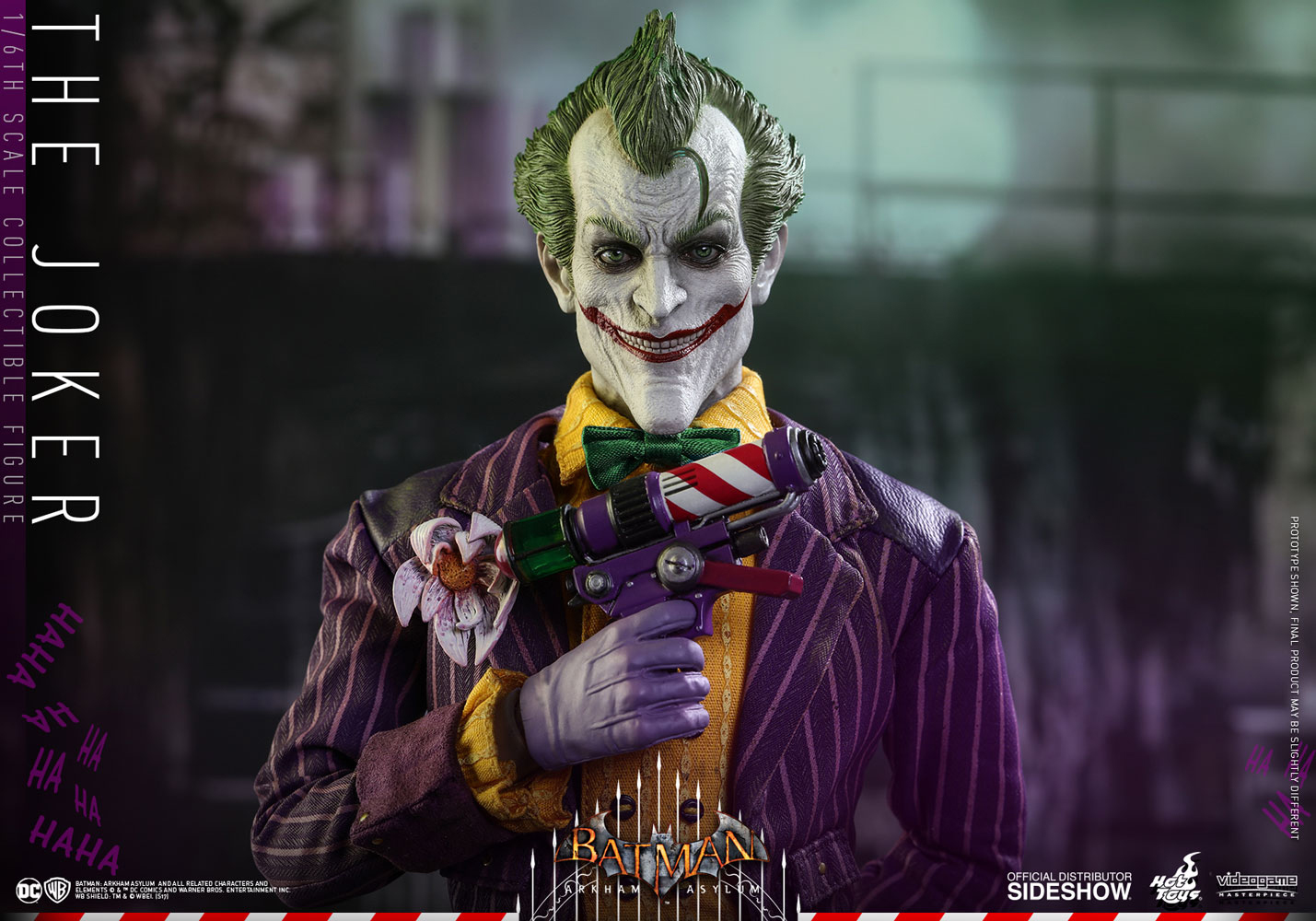 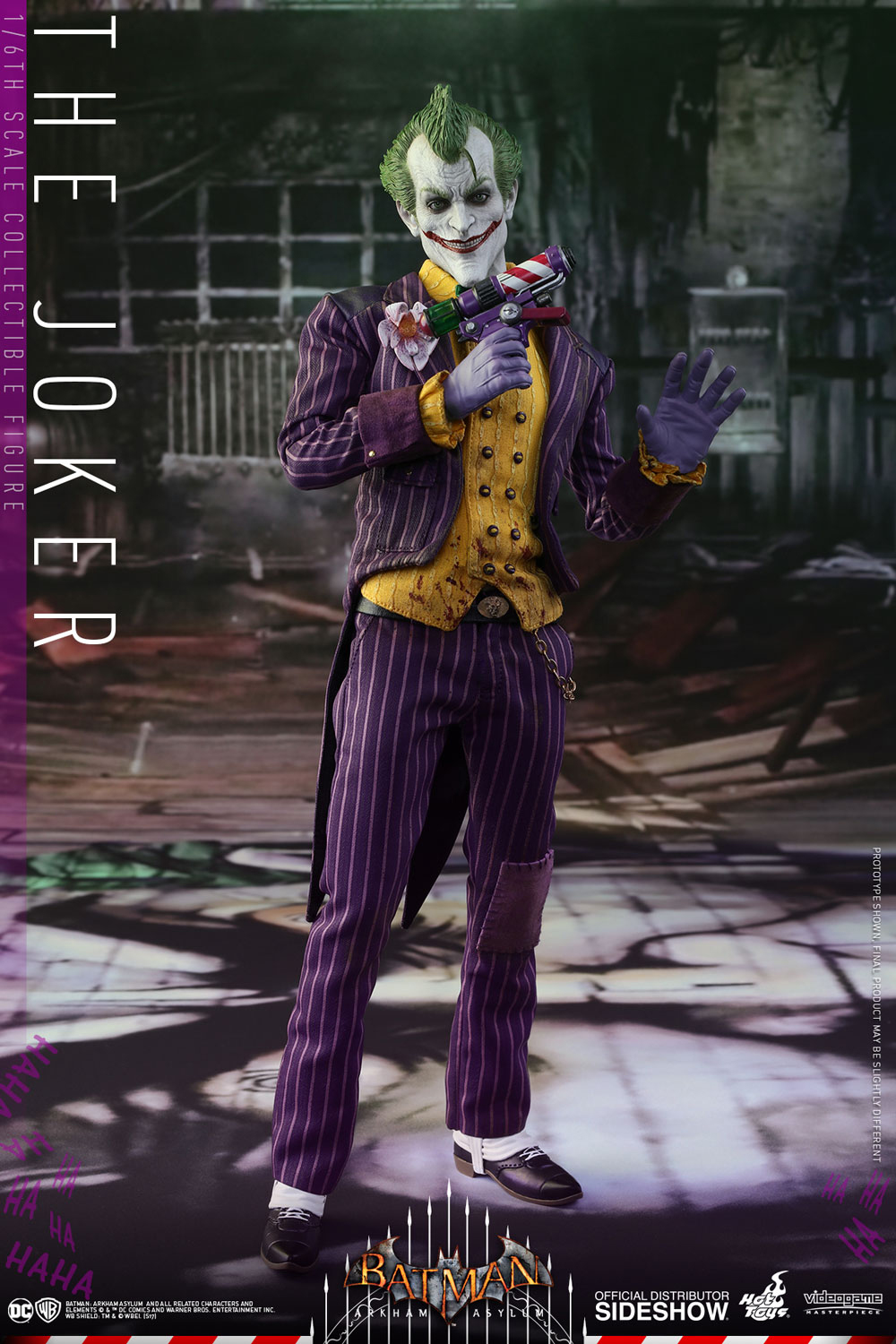 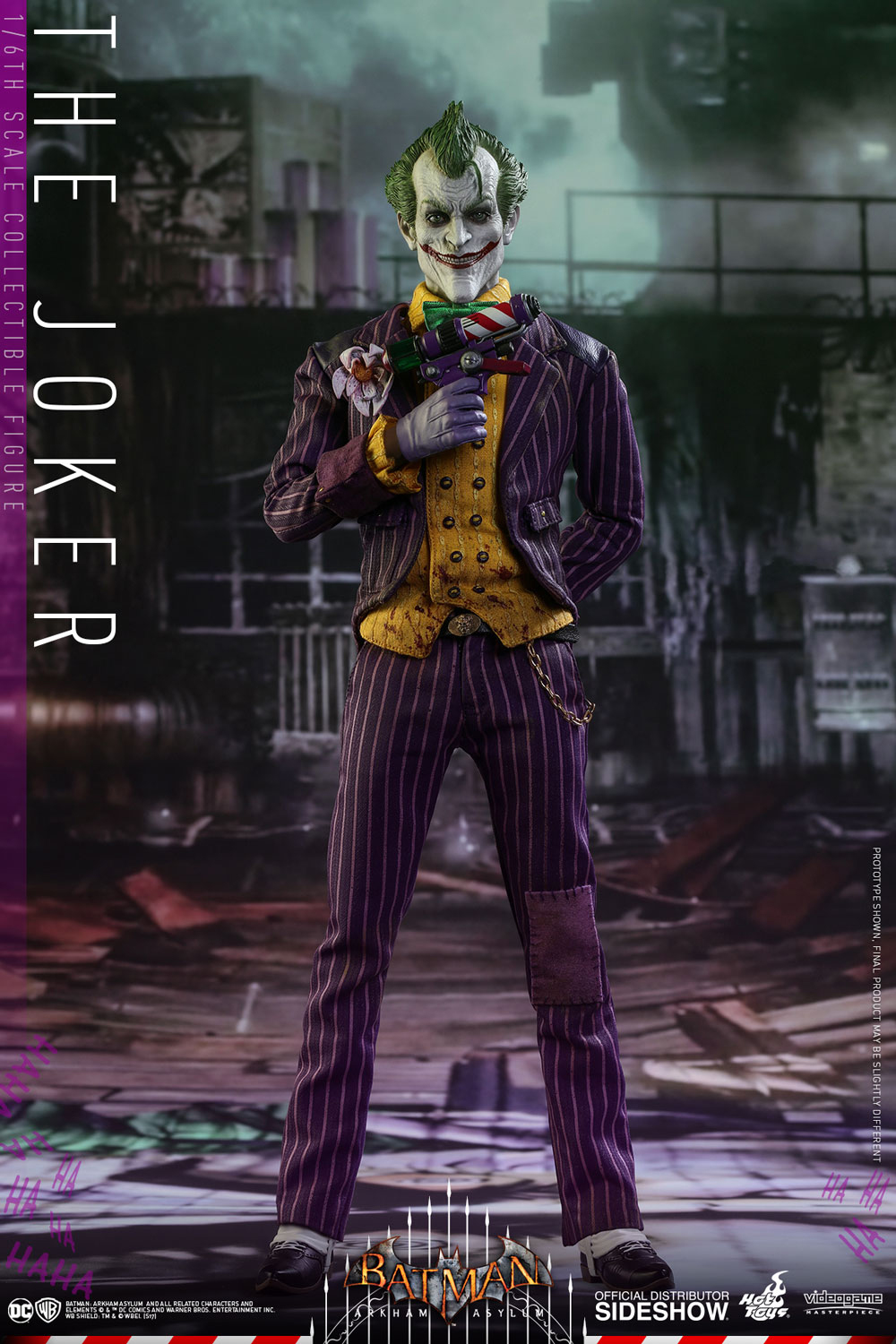 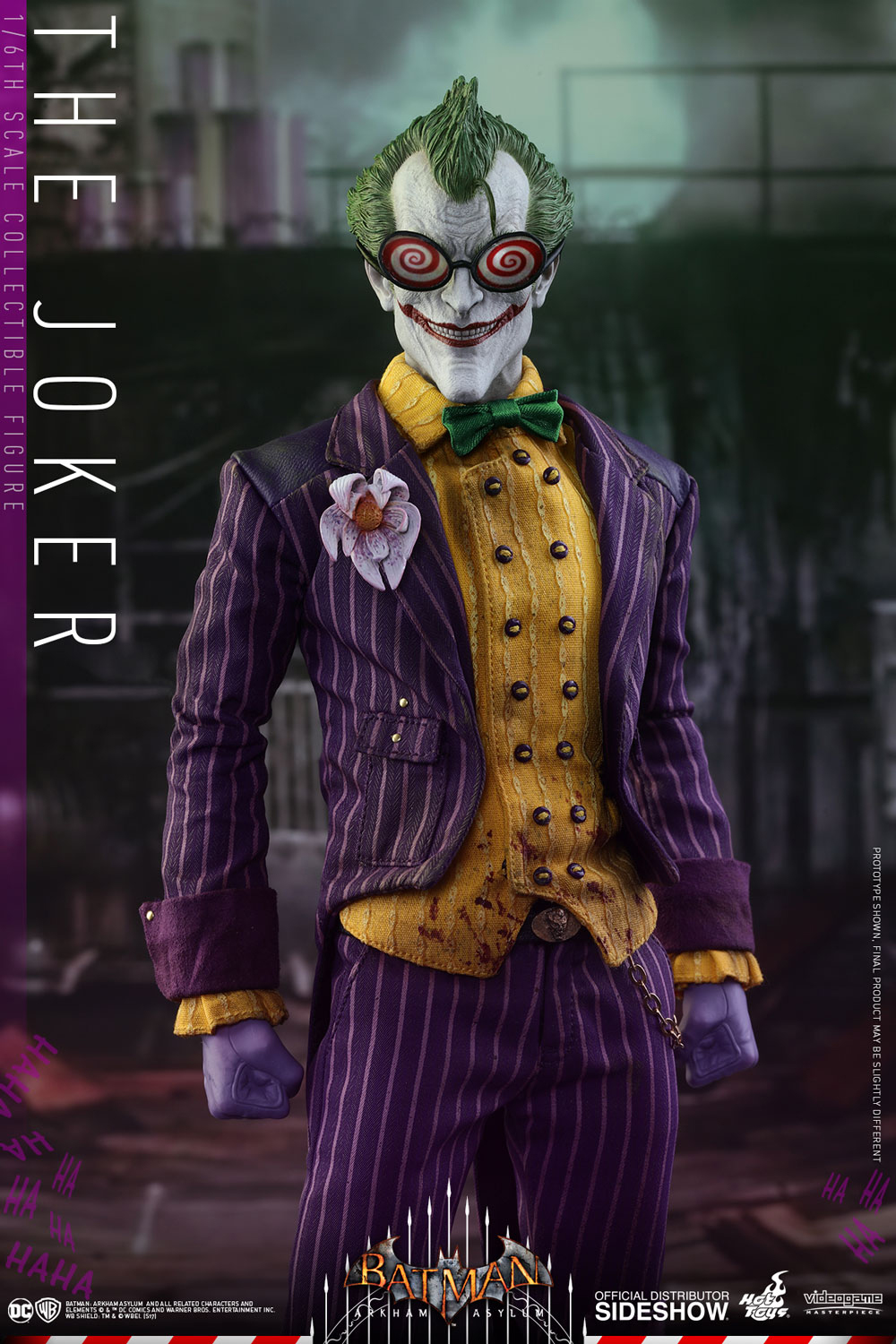 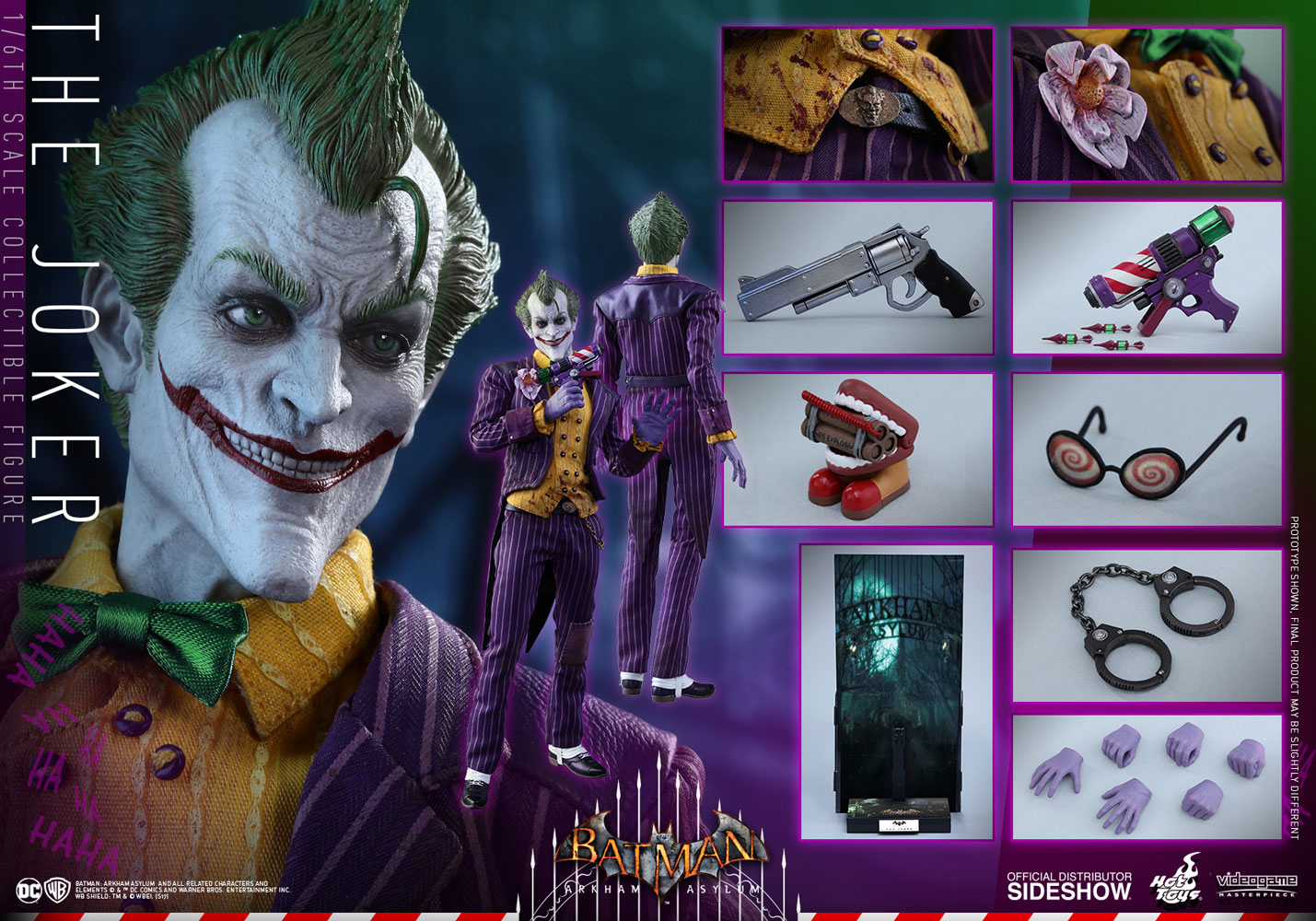