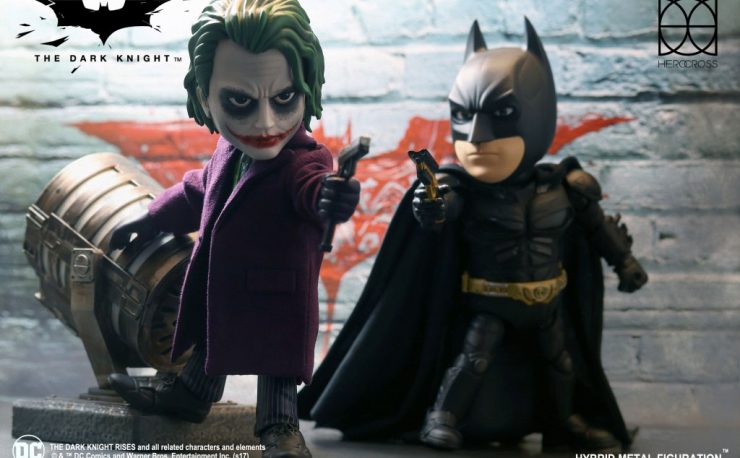 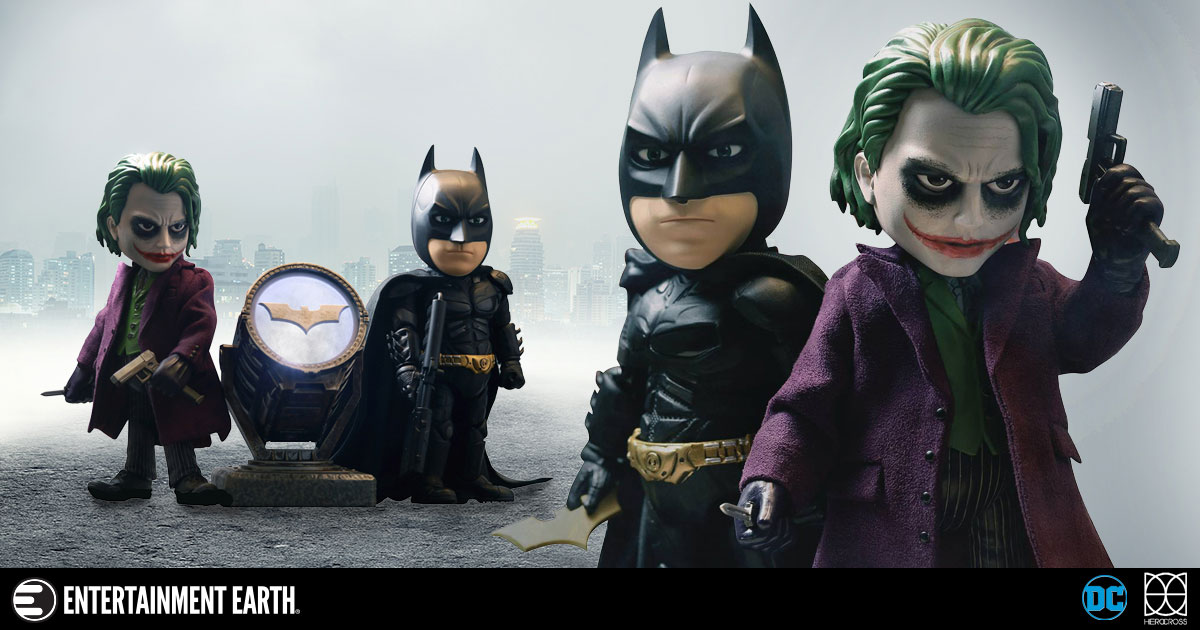 If you’re a fan of The Dark Knight, Herocross has you hooked up with this Gotham City Hybrid Metal Figuration Batman and Joker Action Figure Box Set that’s available for pre-order at Entertainment Earth.

Pairing up Gotham City’s savior with the Clown Prince of Crime, this action figure 2-pack captures the dark tone from The Dark Knight movie nicely, with stylized Herocross figures that feature 14 points of articulation each. Both figures also come equipped with all kinds of weapons and accessories to recreate scenes from the film, including Batman’s Batarang, Grapnel Gun, and an Electric Gun, as well as The Joker’s bazooka, pistol, and knife, plus interchangeable hands. The duo even comes with a highly detailed light-up Bat-Signal that’s designed to project the Bat emblem. 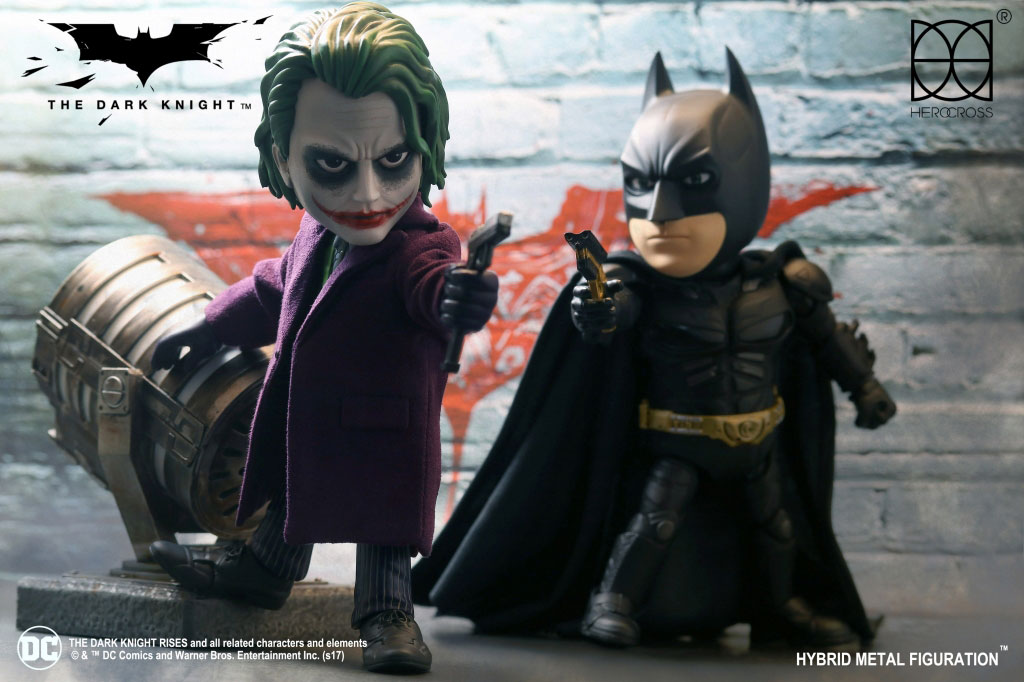 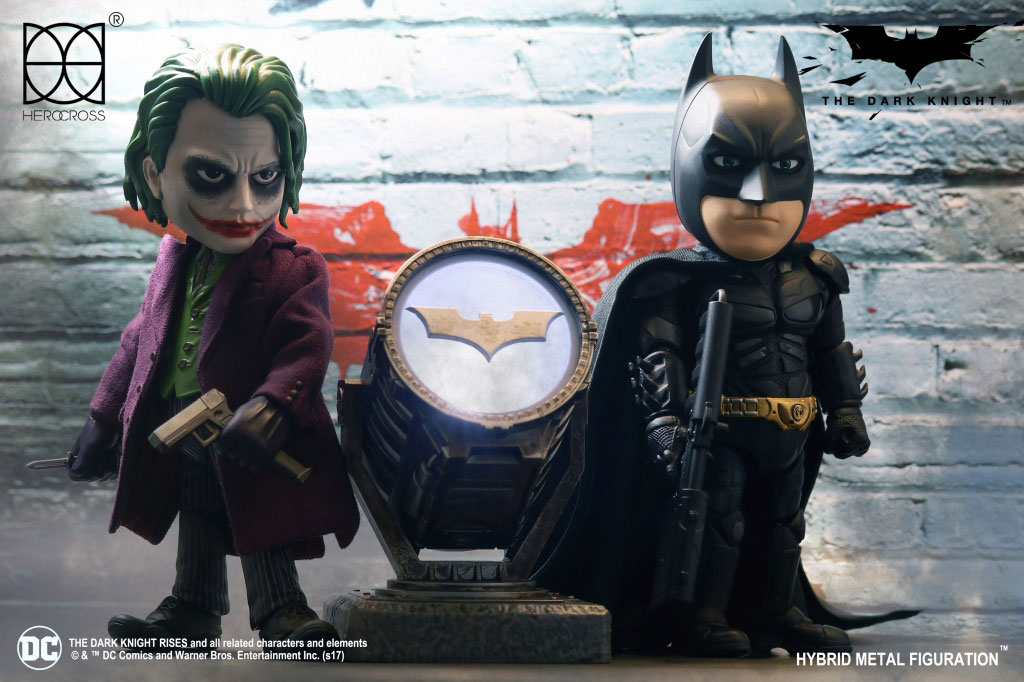 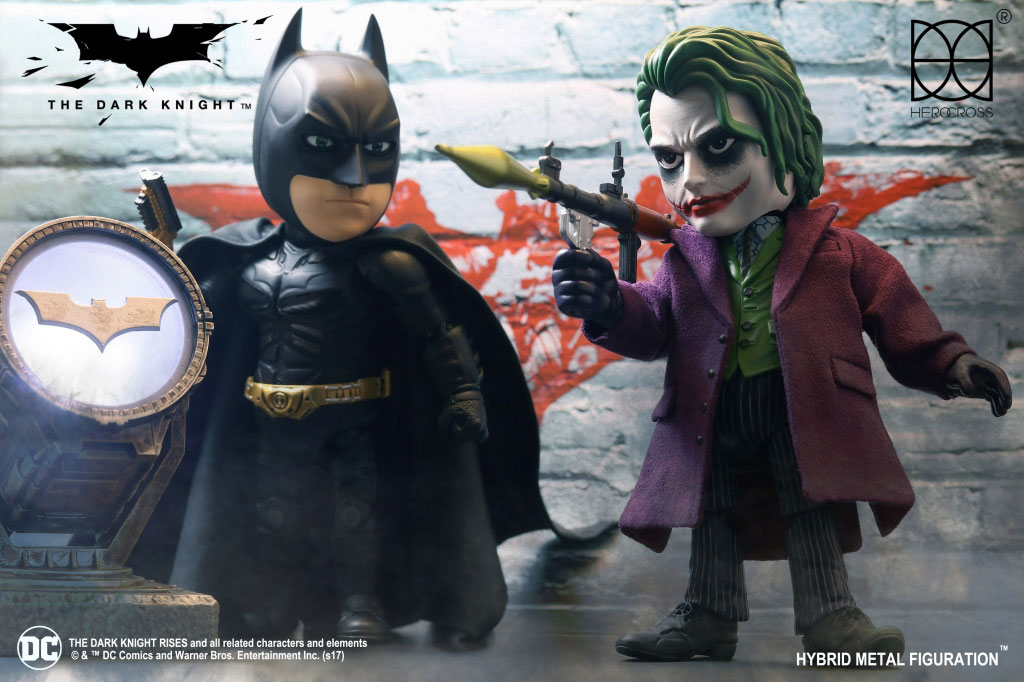 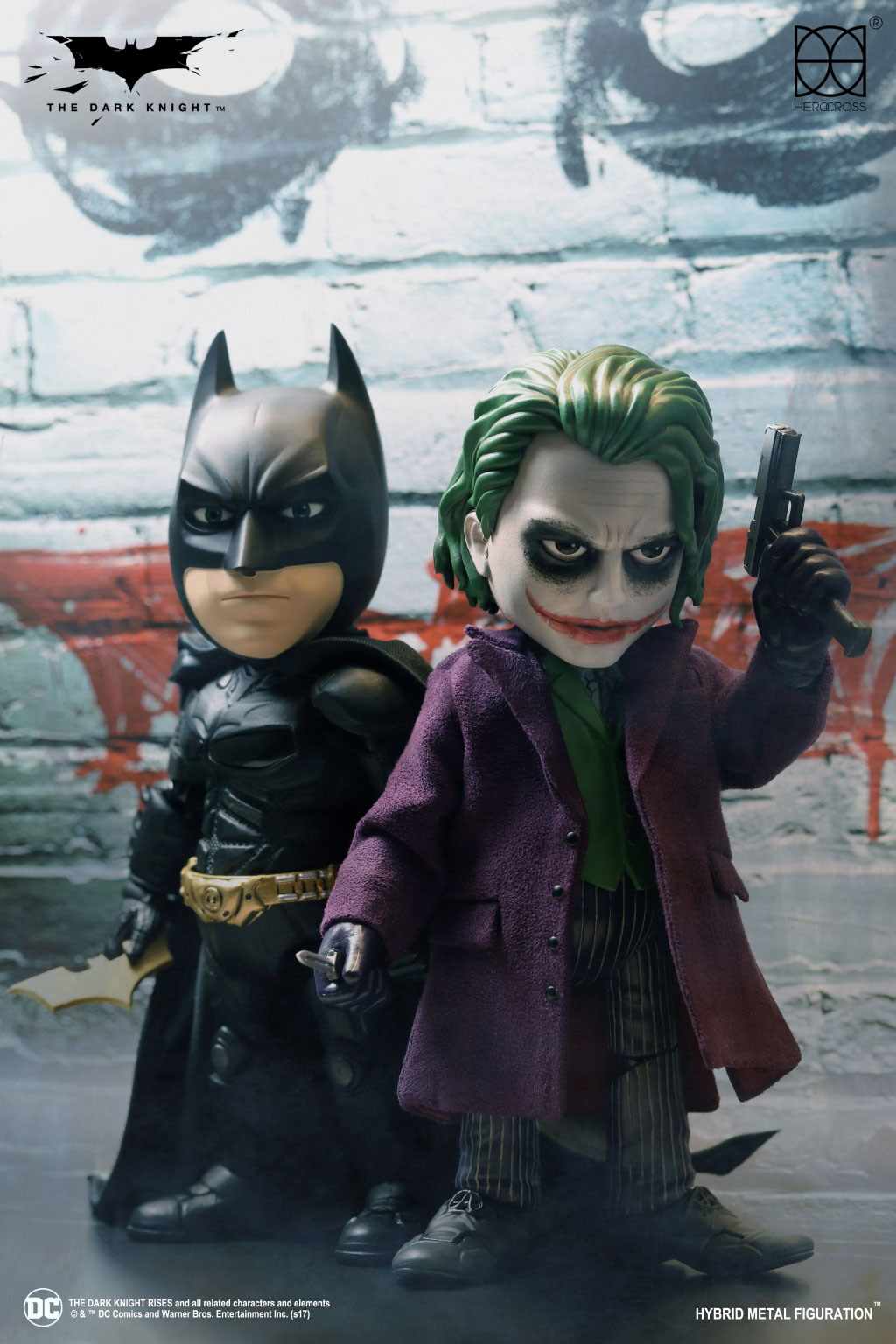