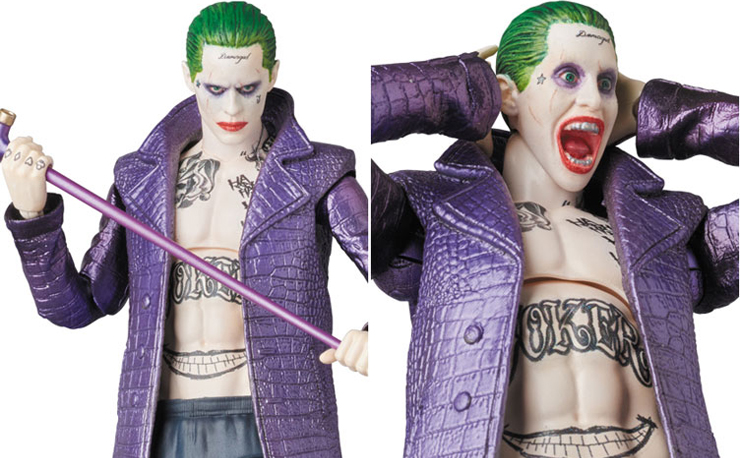 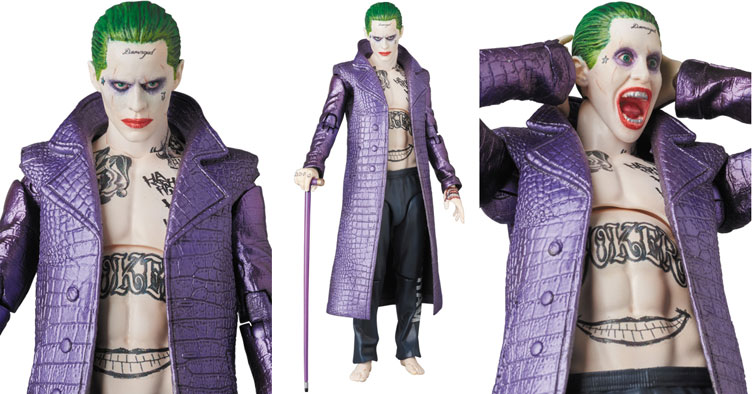 As twisted looking as they come, this tattooed figure stands 6-inches tall and features a striking resemblance to Jared Leto’s Joker character in the Suicide Squad film. In addition to detailed paintwork and over 20 points of articulation, The Joker action figure from Medicom Toy’s Suicide Squad line also includes two interchangeable heads (one with a seriously sinister stare and another in berserker mode), as well as a cane, purple trench coat, gun, tons of tattoos and articulated figure stand.

The Suicide Squad The Joker MAFEX Action Figure (PREVIEWS Exclusive) by Medicom Toy is now available at Entertainment Earth. Hurry up and grab one before it goes out of stock! 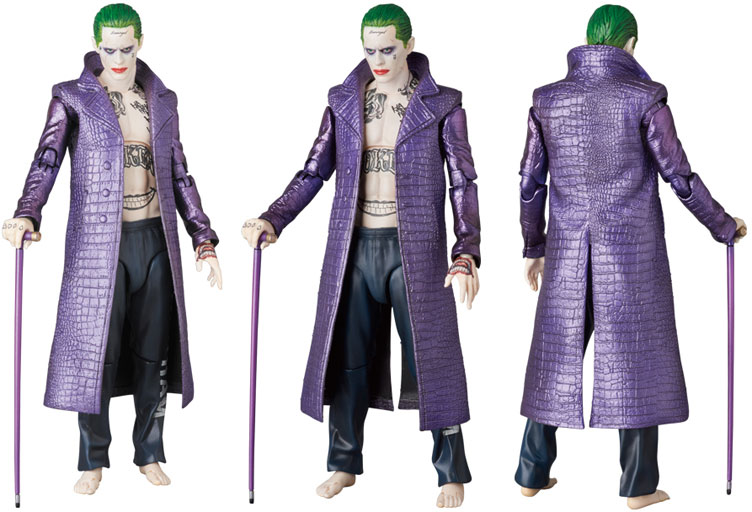 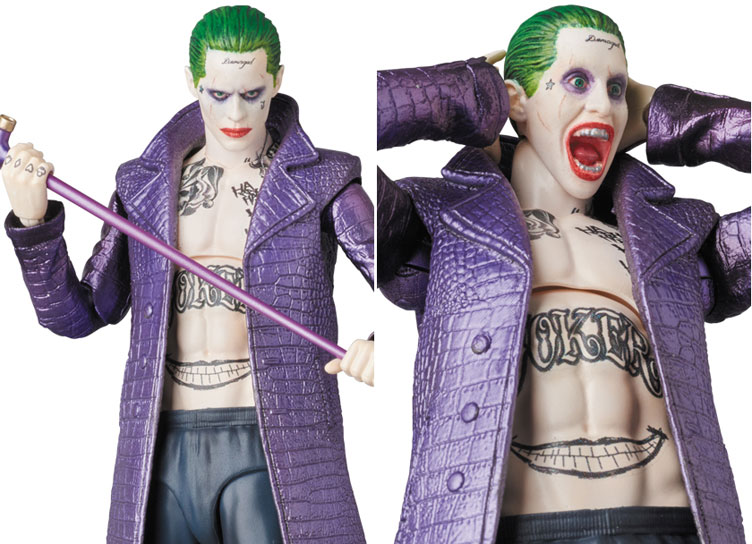