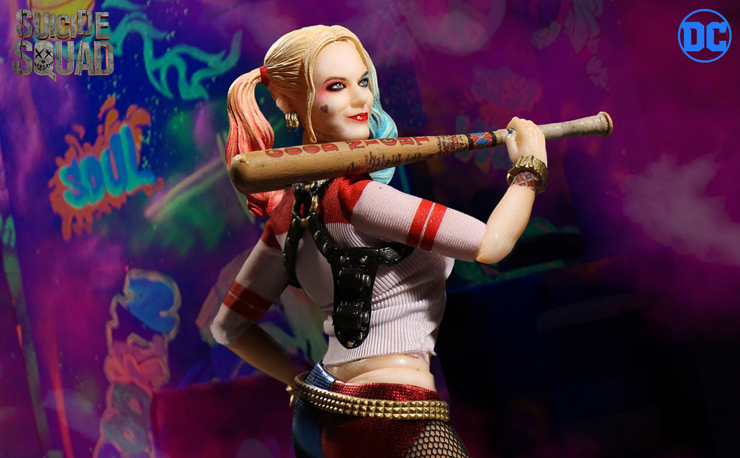 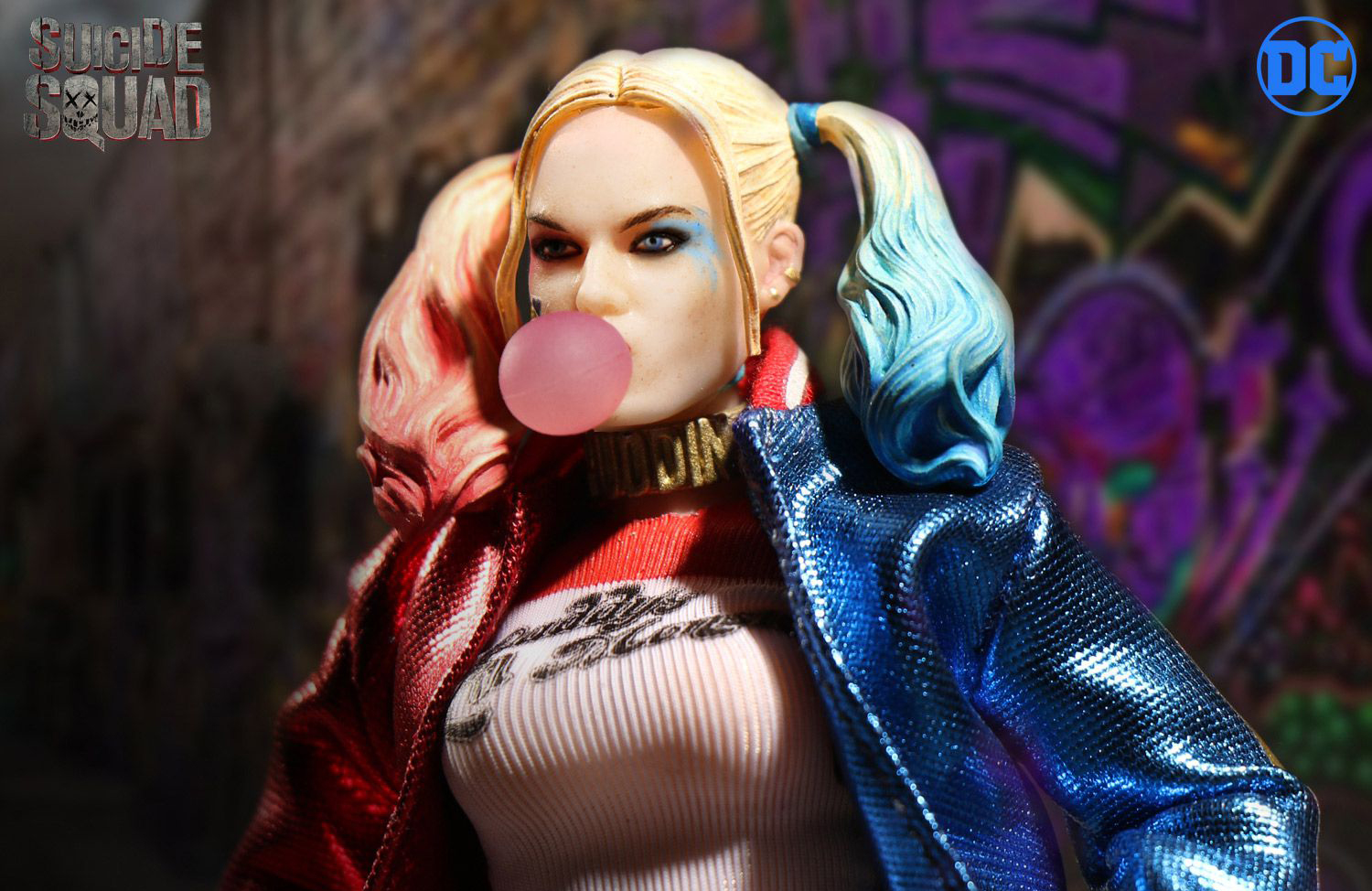 Harley Quinn has made her way into the Mezco Toyz One:12 Collective line-up with this Suicide Squad action figure that’s now available for pre-order at Entertainment Earth.

Standing at 1:12 scale (approximately 16cm tall) and fully equipped with all kinds of weapons, accessories and interchangeable parts, the Suicide Squad Harley Quinn One:12 Collective Action Figure captures the Clown Prince of Crime’s main squeeze in collectible style, set for a Summer 2017 release.

In addition to a fabric costume that’s similar to the one that Margot Robbi wears in the film, the Harley Quinn collectible figure also includes three newly developed head portraits (standard, laughing, and bubble gum popping), a One:12 Collective body with over 30 points of articulation, five interchangeable hands, as well as several different accessories including a baseball bat, revolver (with holster), a One:12 Collective display base with logo, and a One:12 Collective adjustable display post. Delivery is expected for July 2017. 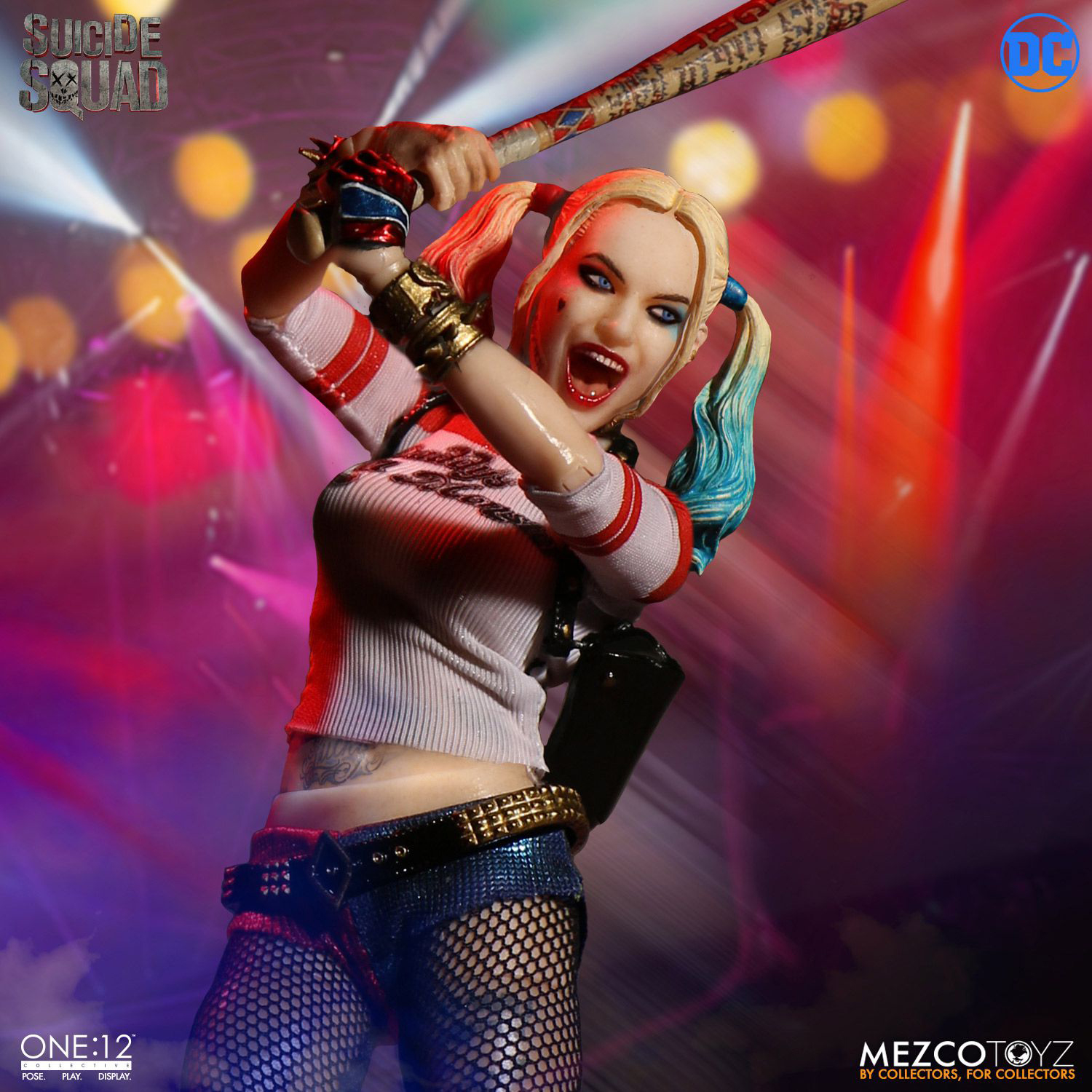 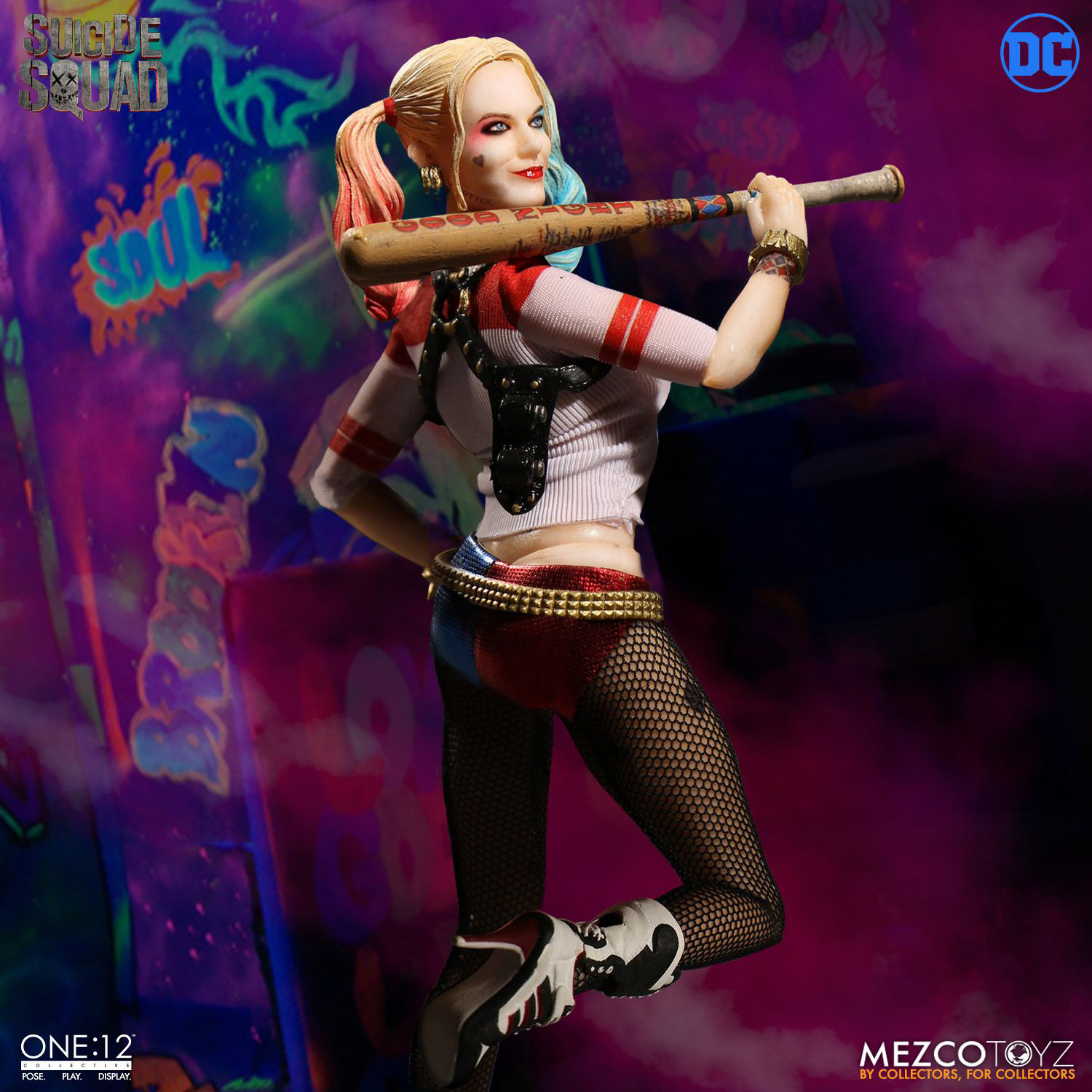 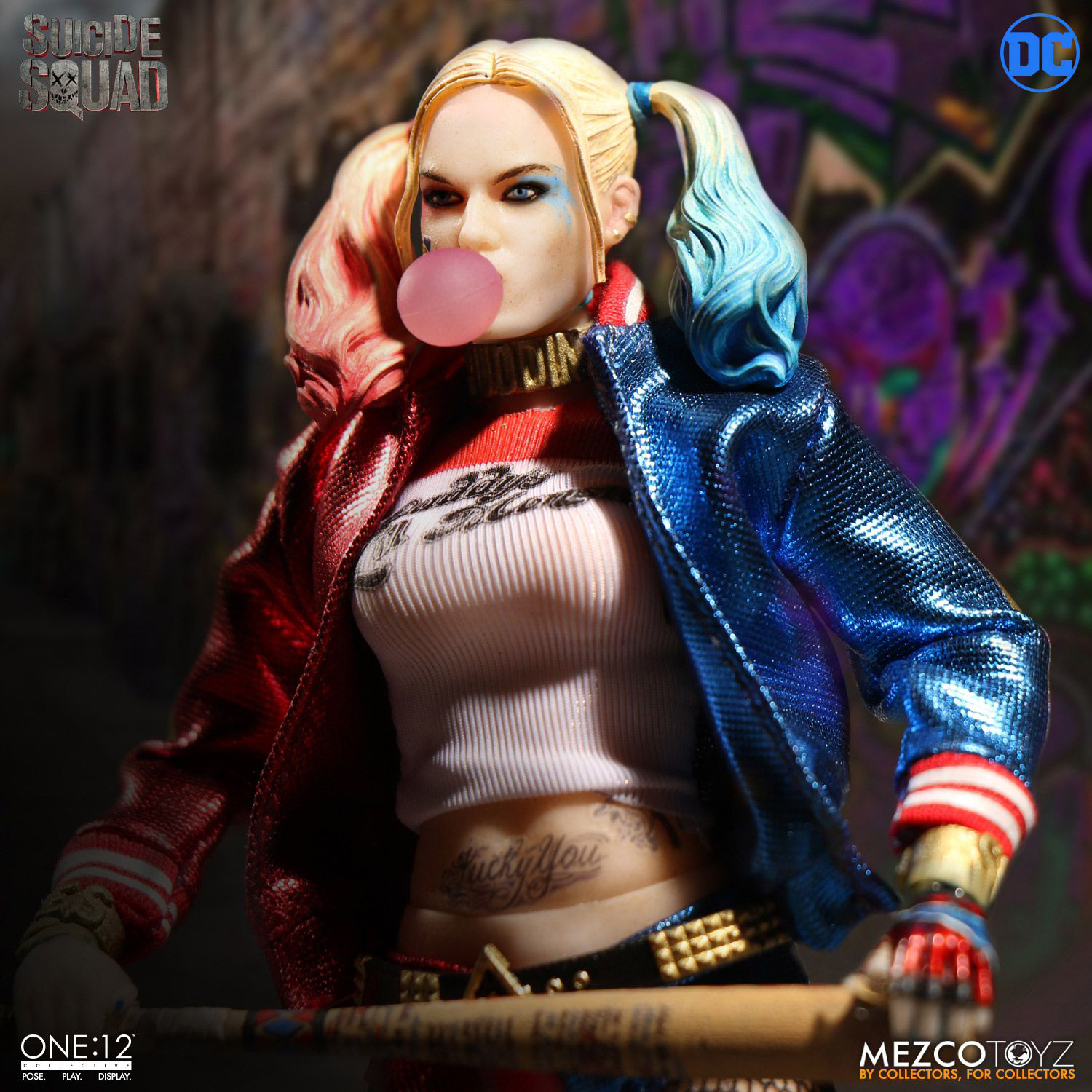 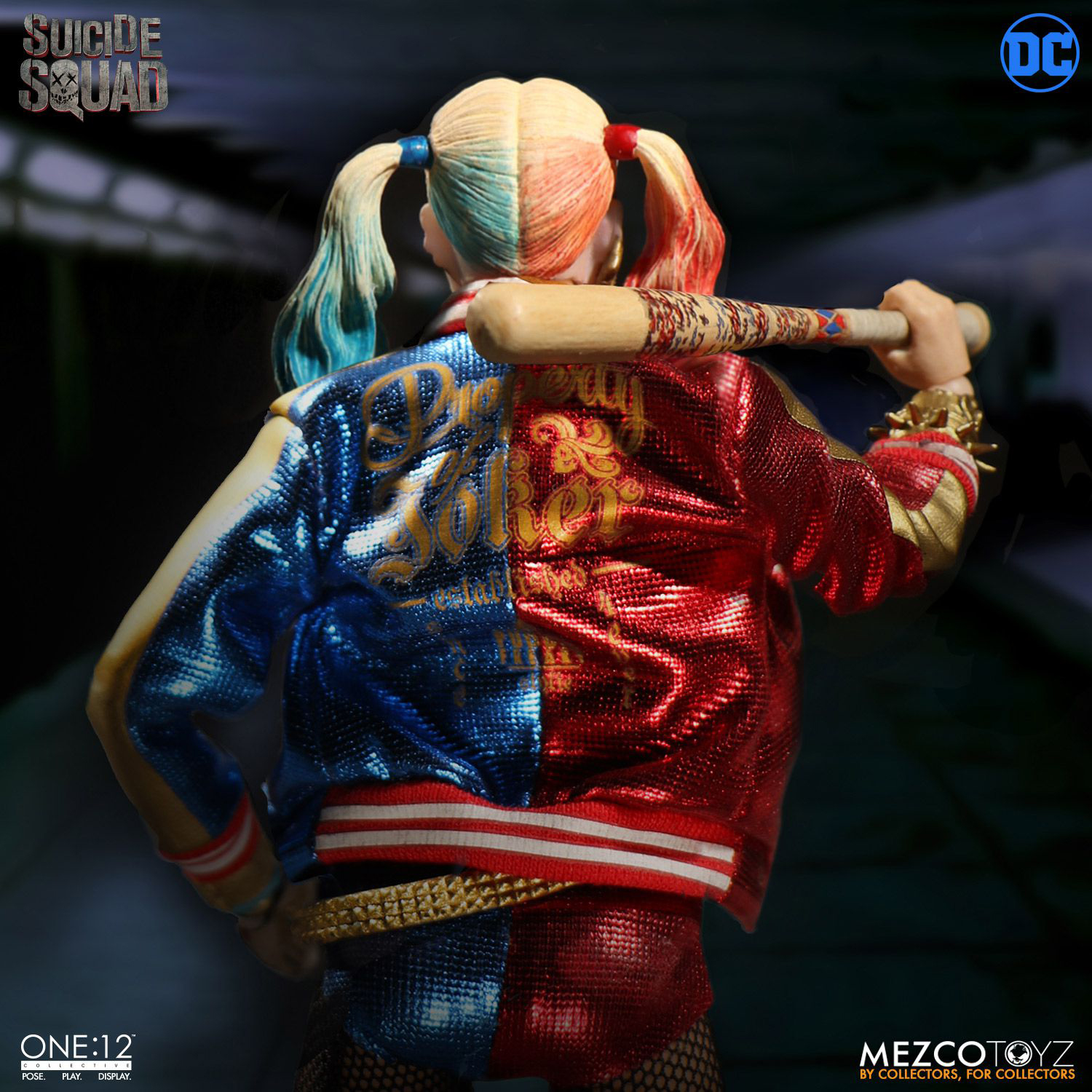 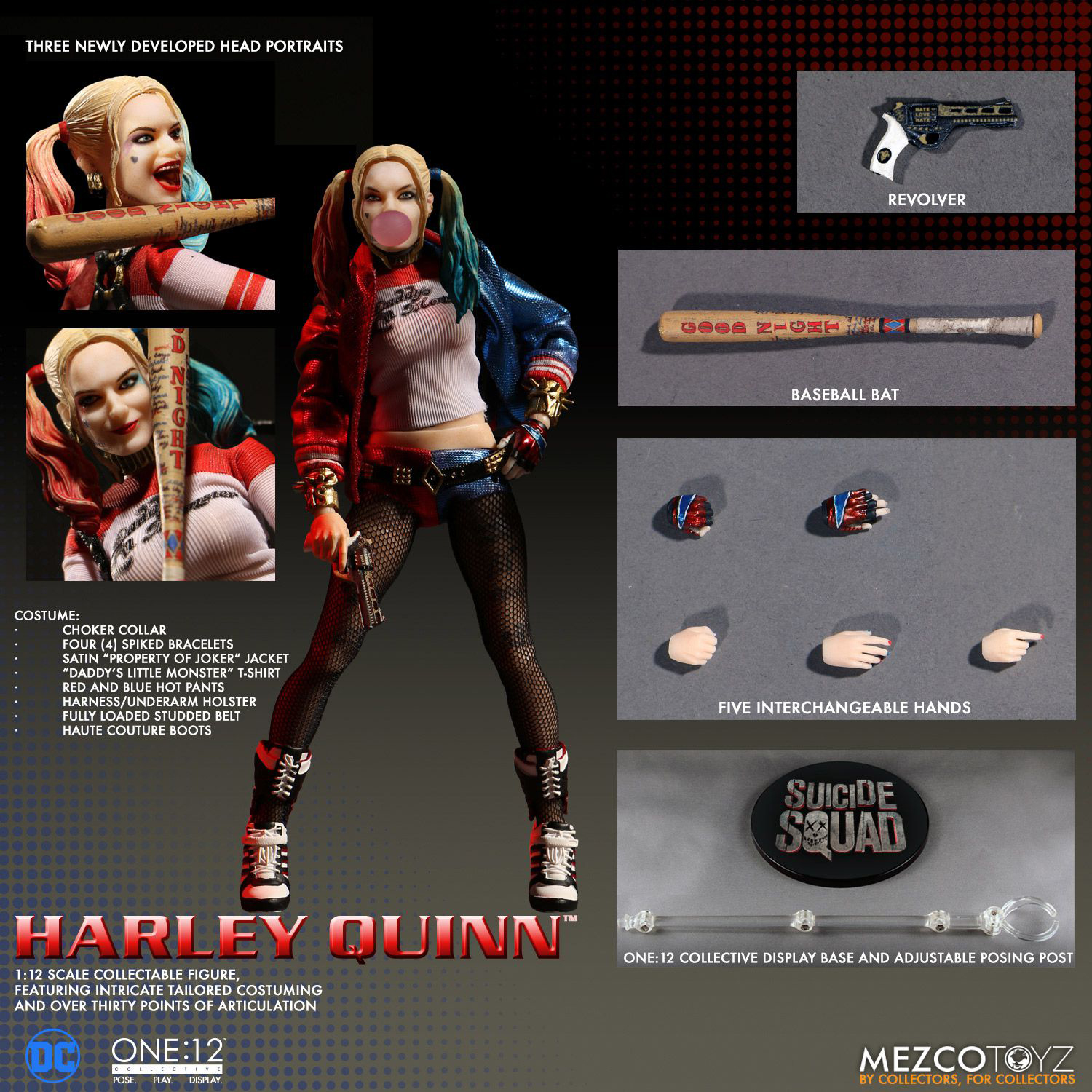