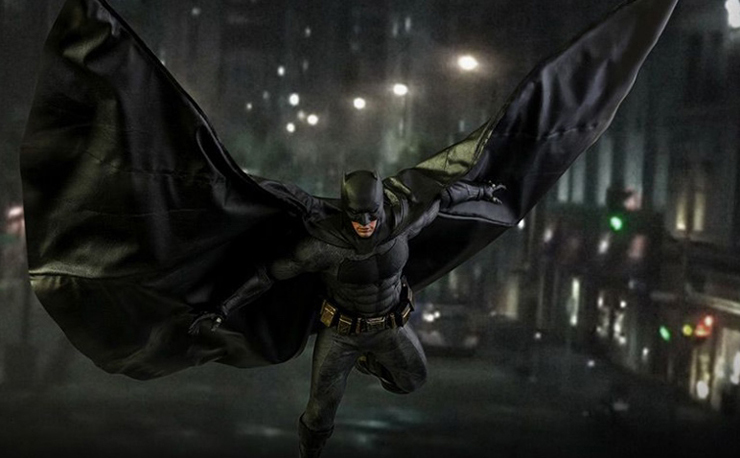 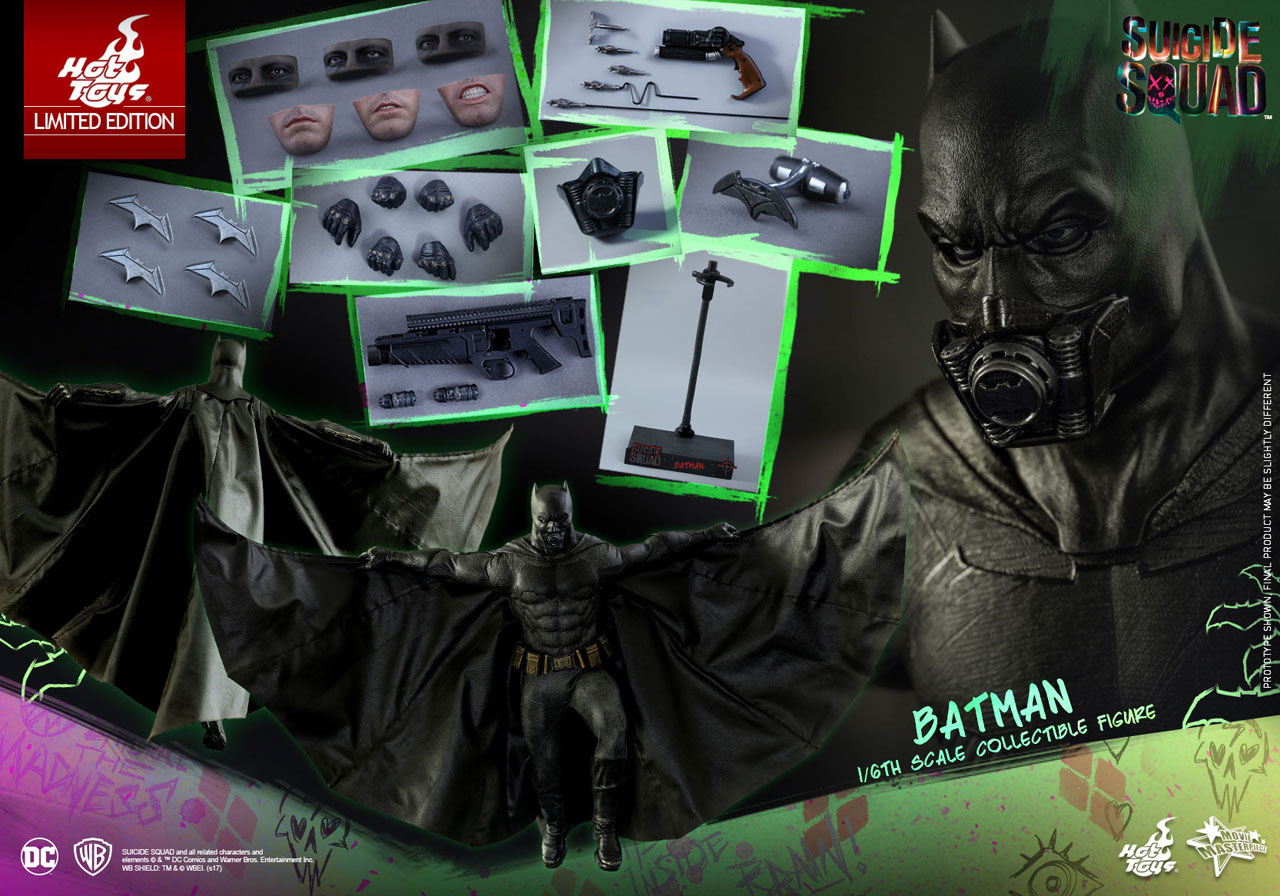 Despite all the recent turmoil surrounding the Ben Affleck solo feature, Batman still remains one of the best parts of the DC Cinematic Universe and now comes your chance to display him in all his glory wherever and however you want with this highly detailed, limited edition figure by Hot Toys.

Based on the suit worn in both Batman V Superman: Dawn of Justice and Suicide Squad, this 12.5 inch sixth scale figure from Hot Toys comes with interchangeable hands, lower face (complete with square Ben Affleck chin) and eye pieces, 30 points of articulation, as well as hyper-detailed gadgets and weapons. But the real draw here is the amazing wired cape that can be posed in literally any way you can think of, including full spread death from above gliding-kick-you-in-the-teeth action pose or standing-atop-a-gargoyle-waiting-for-the-batsignal dramatically cool pose.

So while we wait to see Batfleck in the Justice League film, you can grab this figure sometime in the third or fourth quarter of 2017 in certain markets only and spend your days trying to see just how many poses you can mold that incredible cape into, or just come back here cause we have a million suggestions. 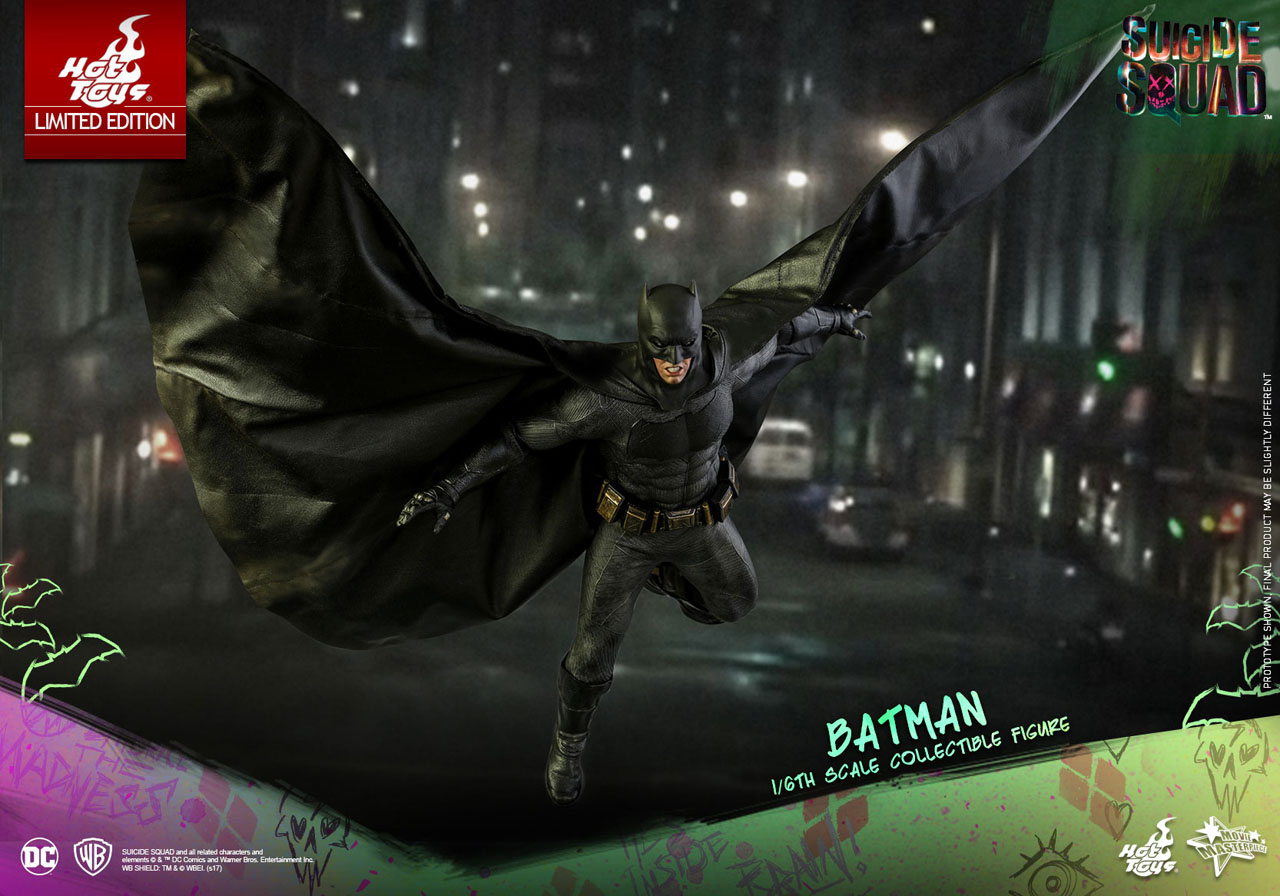 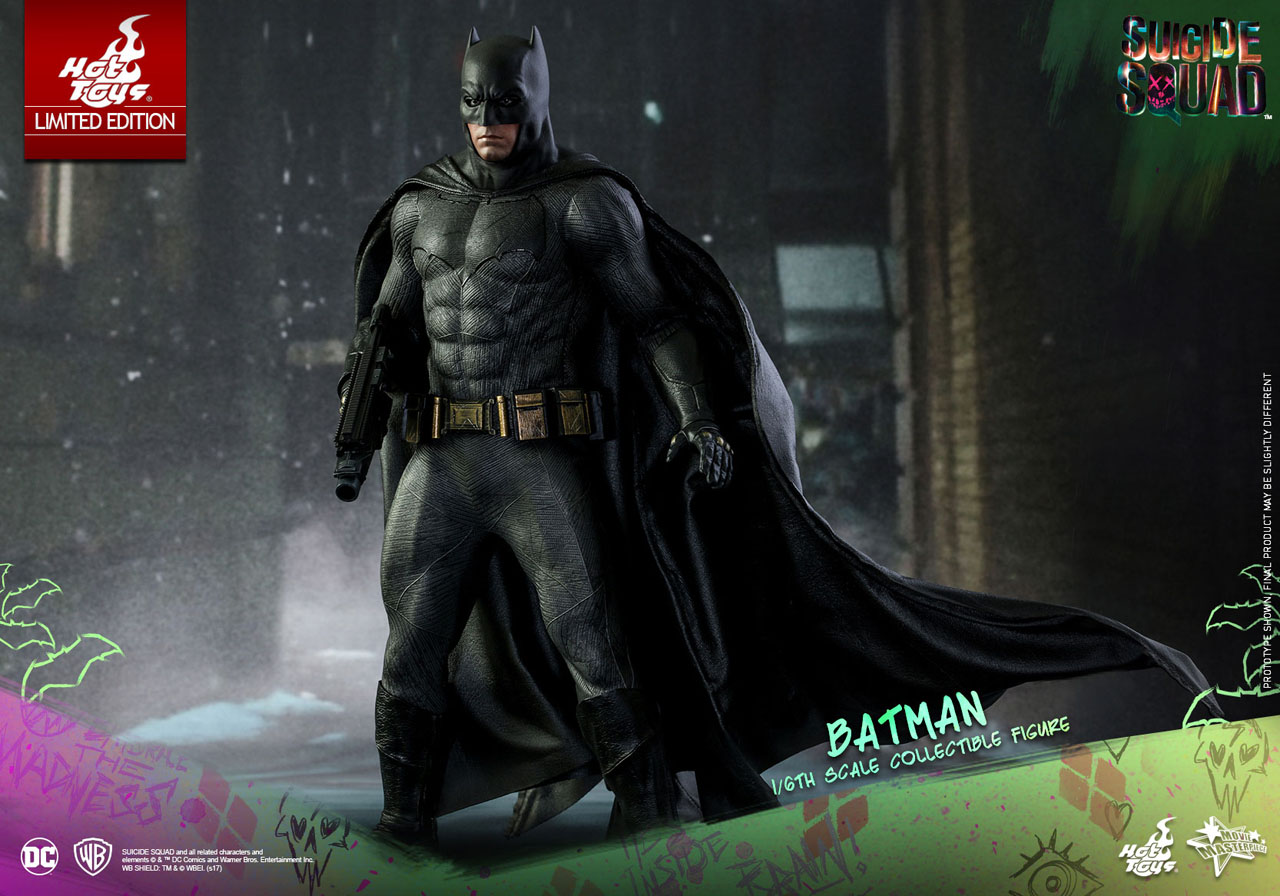 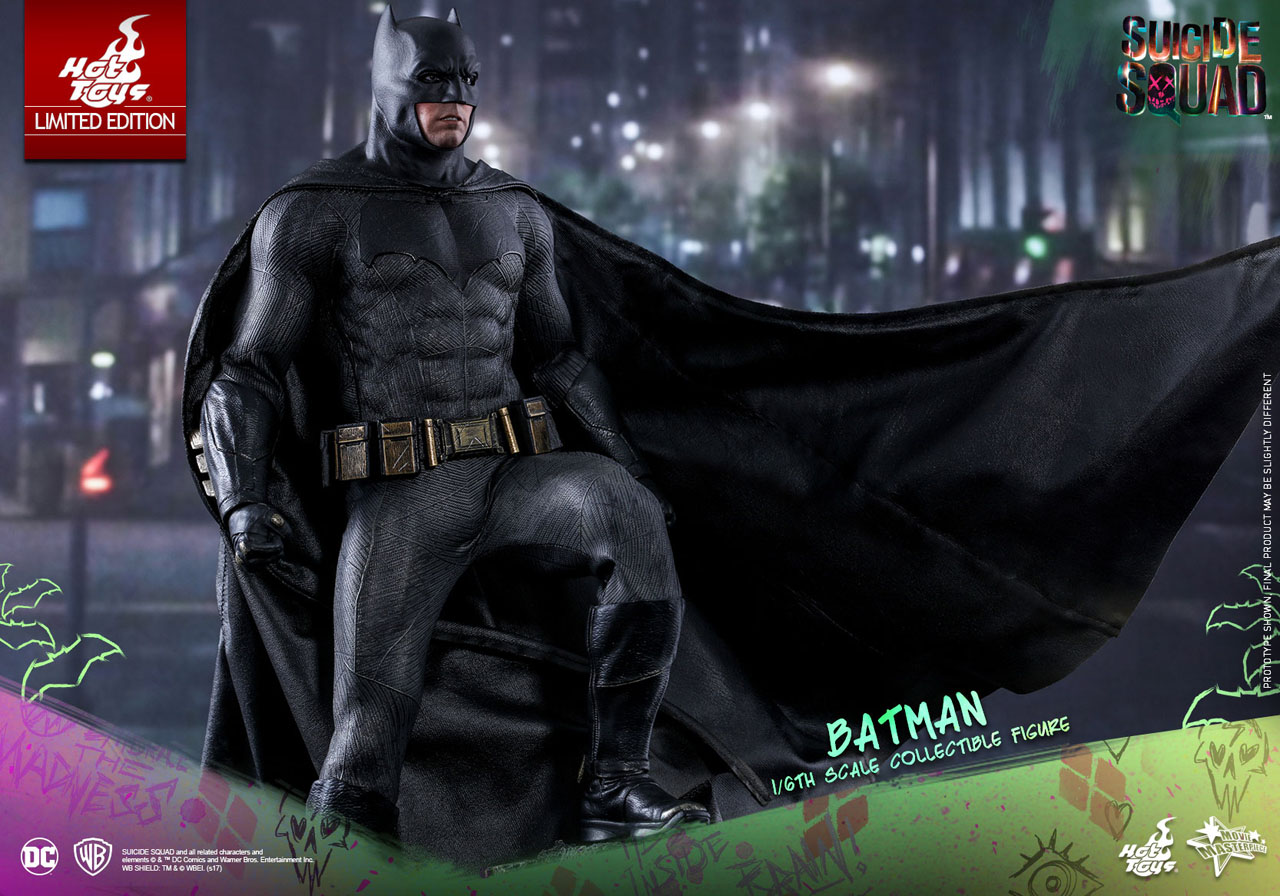 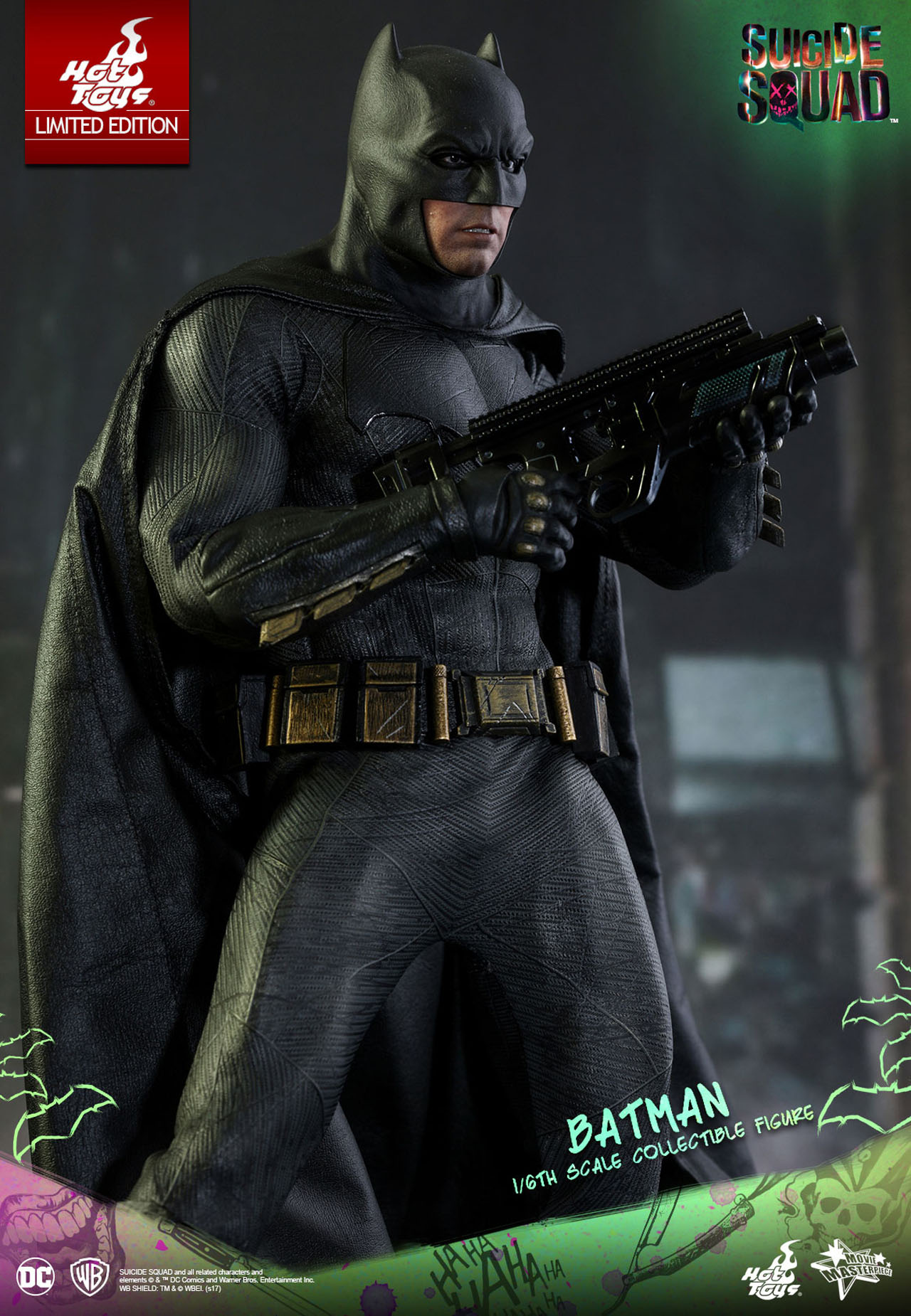 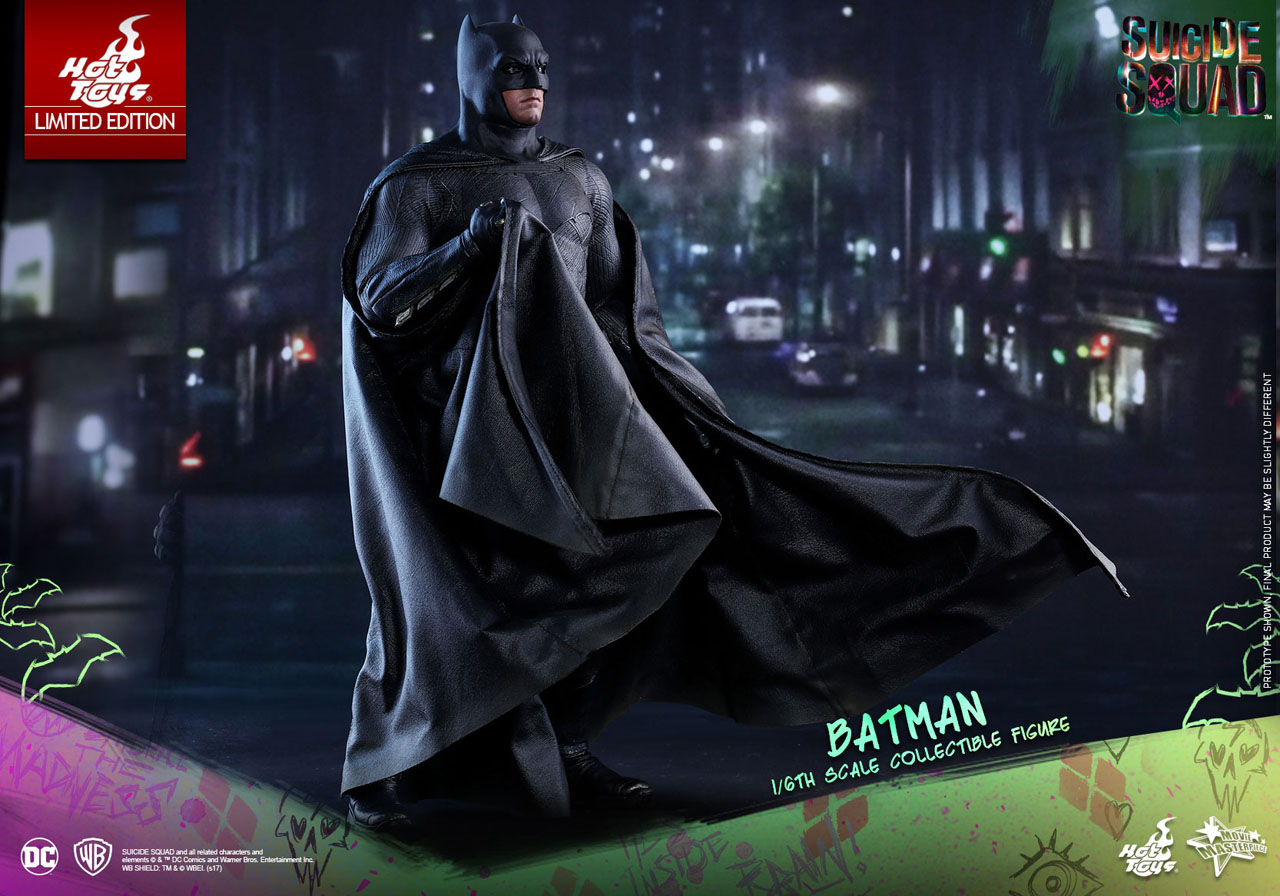 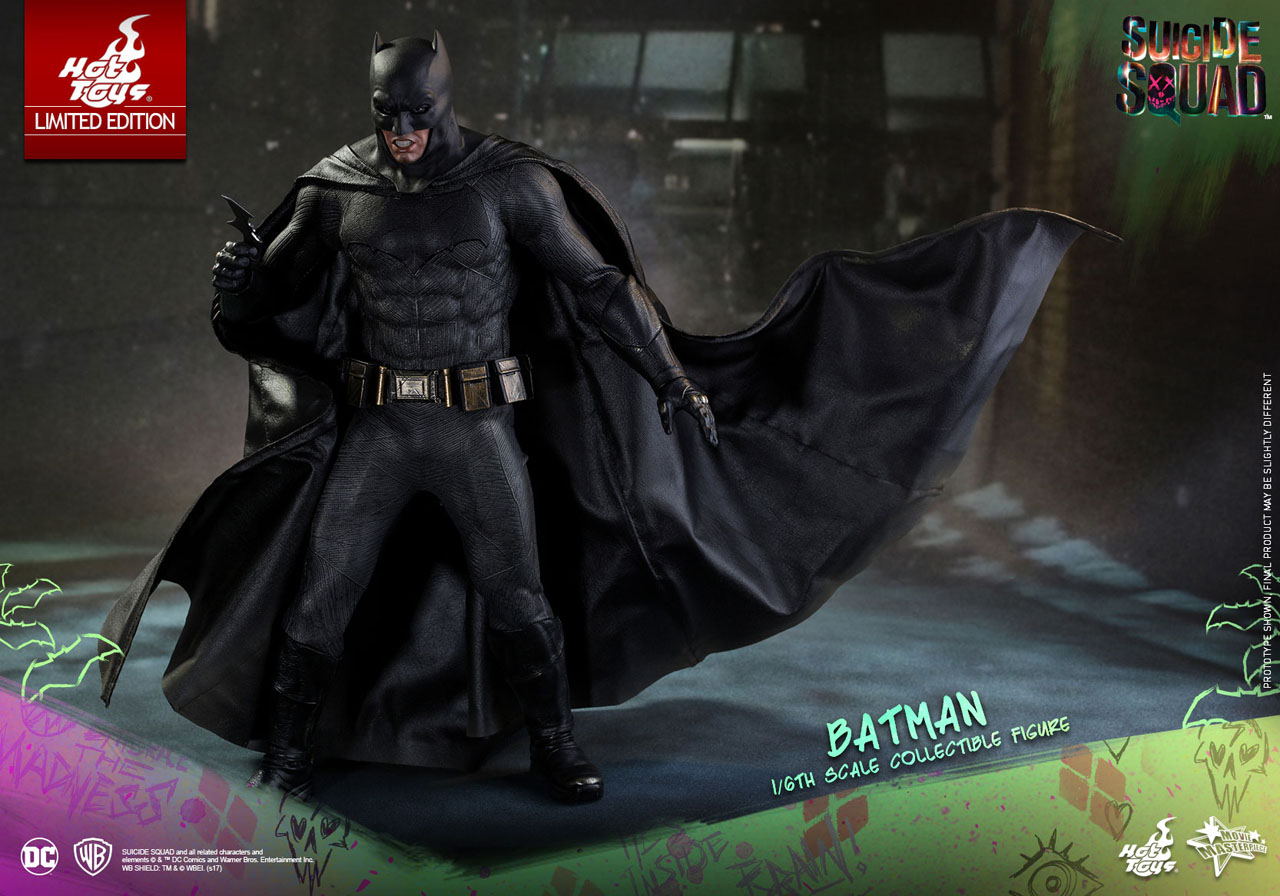