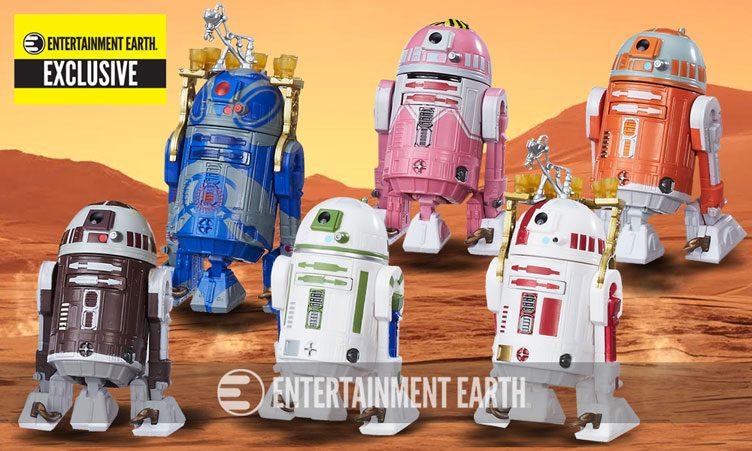 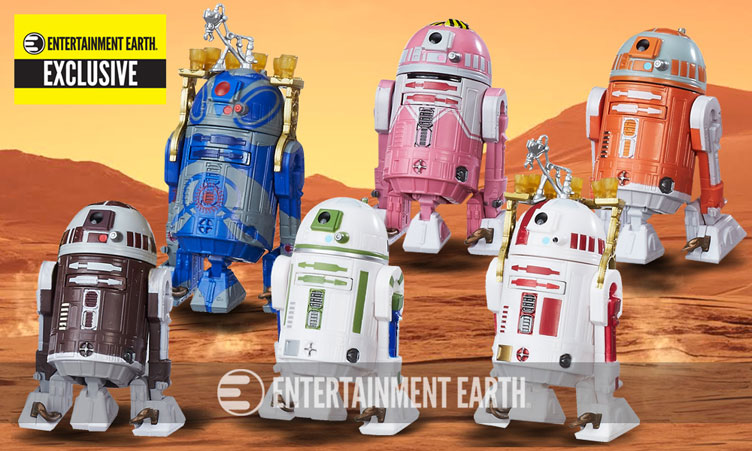 After rolling out originally in time for San Diego Comic-Con 2016, the Star Wars The Black Series Astromech Droids Action Figure Set from Hasbro is now in-stock and available to buy exclusively at Entertainment Earth.

Standing 3 3/4 inches tall and packaged in an Astromech droid shaped display box, this six-figure set features collectible droid action figures from Star Wars, Return of the Jedi and The Clone Wars. Each robot features rolling wheels, as well as jointed domes, shoulders and ankles, plus plenty of surprises and unique color schemes based on classic characters from the Star Wars film franchise.

Take a closer look at all six droids below including Jabba’s bartender and RC-C2 which both include a drink dispenser, drink tray harness and seven glasses, as well as R7-F5, KT-QT and R7-D4 from The Clone Wars, plus the white and green R2-A5 which first appeared in 1977, seen rolling around Mos Eisley near Luke’s Landspeeder when the famous line, “These are not the droids you’re looking for” was heard during Star Wars: Episode IV – A New Hope.

Click here to buy the Star Wars The Black Series Astromech Droids Action Figure Set at Entertainment Earth. Scroll down to scope out all six limited edition droids below. 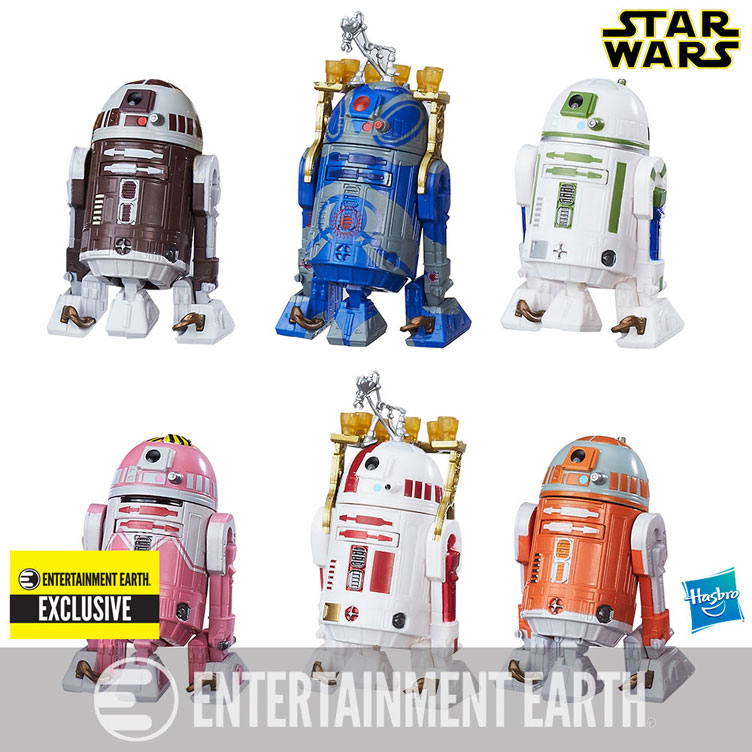 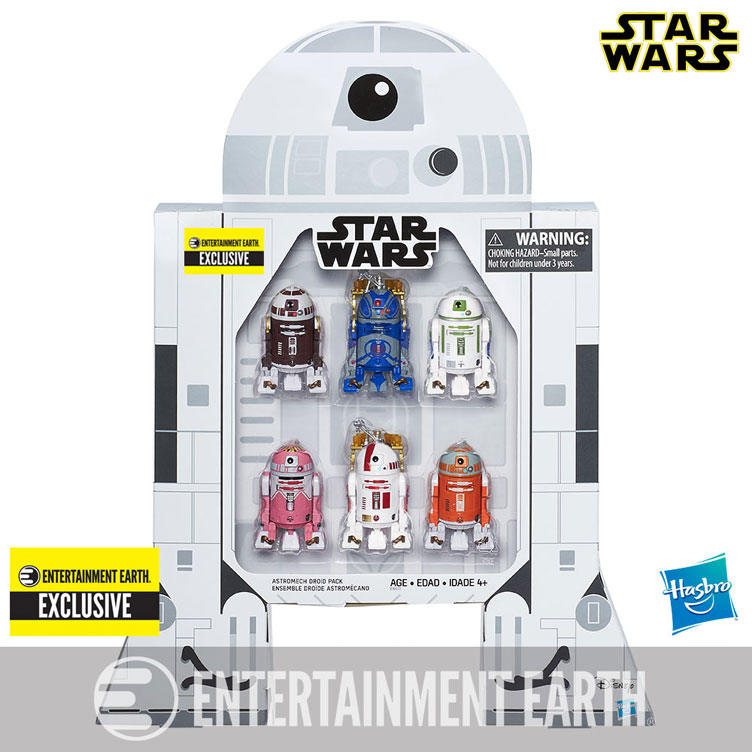