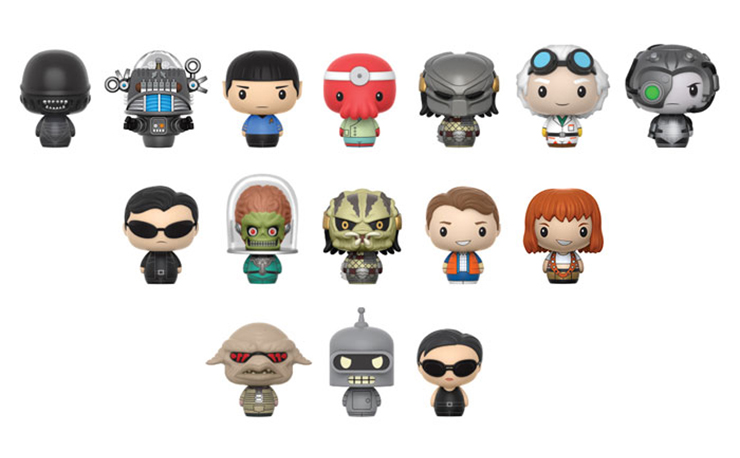 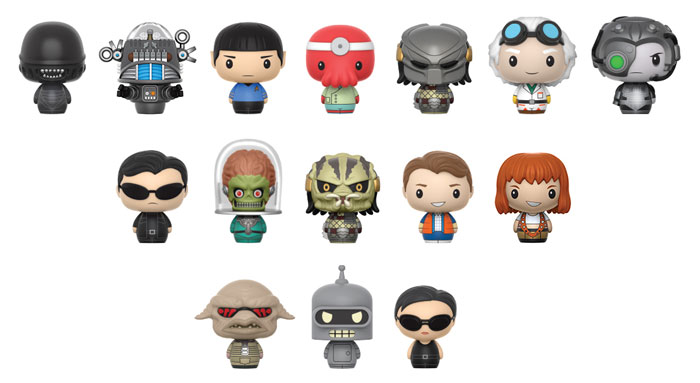 It’s hard to believe that there was once a time where science fiction was a genre that was scoffed and laughed at by the general public at large. These days, Sci-Fi has exploded and become part of the mainstream with characters from franchises like Star Wars, Alien, The Matrix, and Star Trek becoming some of the most influential pop culture icons in the world. Funko realizes how popular and in-demand Sci-Fi is, and is ready to unleash their science fiction themed Pint Size Heroes on the galaxy.

This collection of tiny adorable heroes features characters from popular TV and film franchises such as The Matrix, Predator, Back to the Future, Star Trek and more all in one collection. Also, for those Sci-Fi hipsters that think those are all too mainstream, there are Pint Size heroes of Leeloo from The Fifth Element and an alien from Mars Attacks! to collect.

Coming in August of this year, you can pre order a random pack of 6 by clicking here, or drop a couple more bucks and get a whole display case of 24 by clicking here right now. 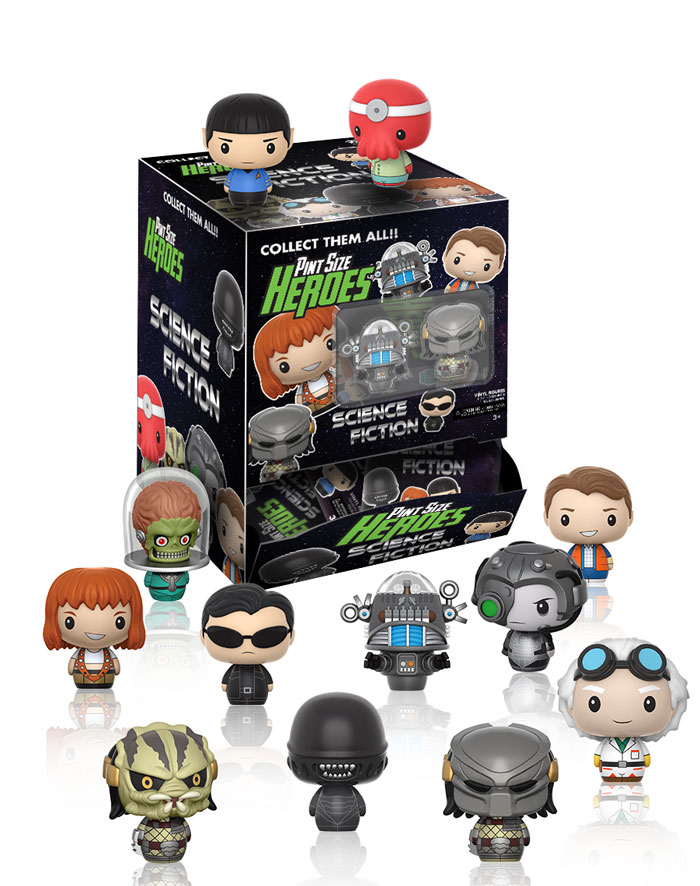