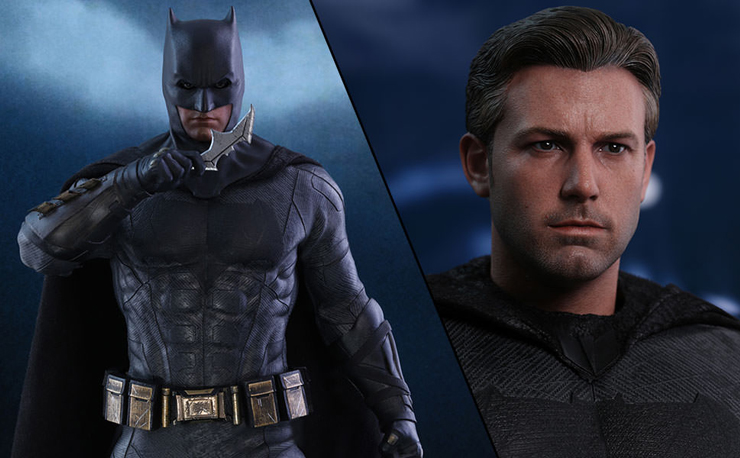 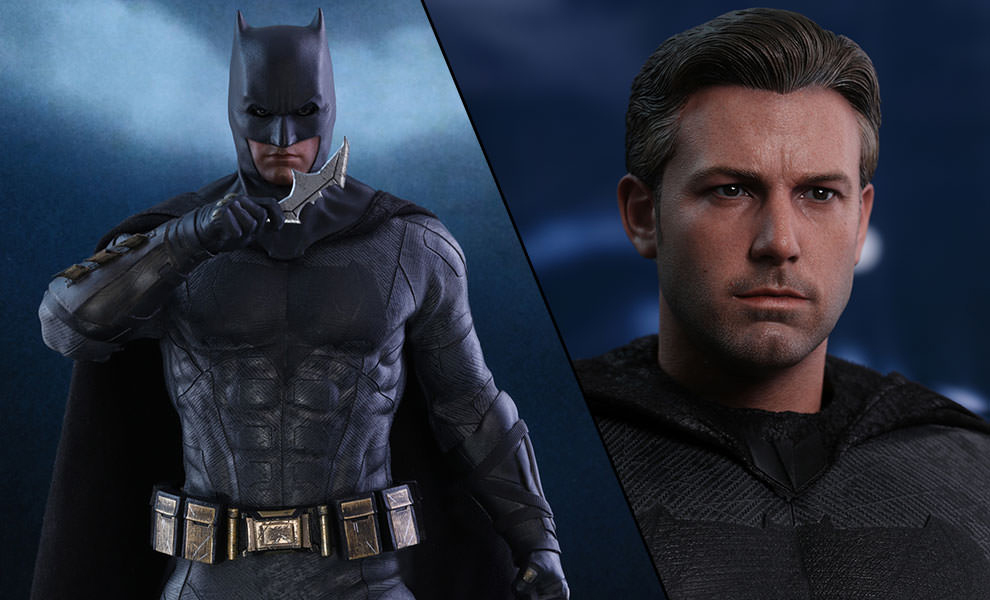 Based on Ben Affleck’s portrayal of the Dark Knight in DC’s latest superhero blockbuster, this Batman figure stands at about 12″ tall with approximately 30 points of articulation, featuring two interchangeable heads (including a newly developed head sculpt and a masked head), three interchangeable eyepieces and lower faces which capture Ben Affleck’s facial expressions from the film, a newly developed muscular body, a brand-new Batsuit and leather-like cape, plus a variety of gadgets and a Parademon gun. This deluxe versions features all items similar to the standard release, but replaces the figure stand with a Parademon diorama figure base instead. 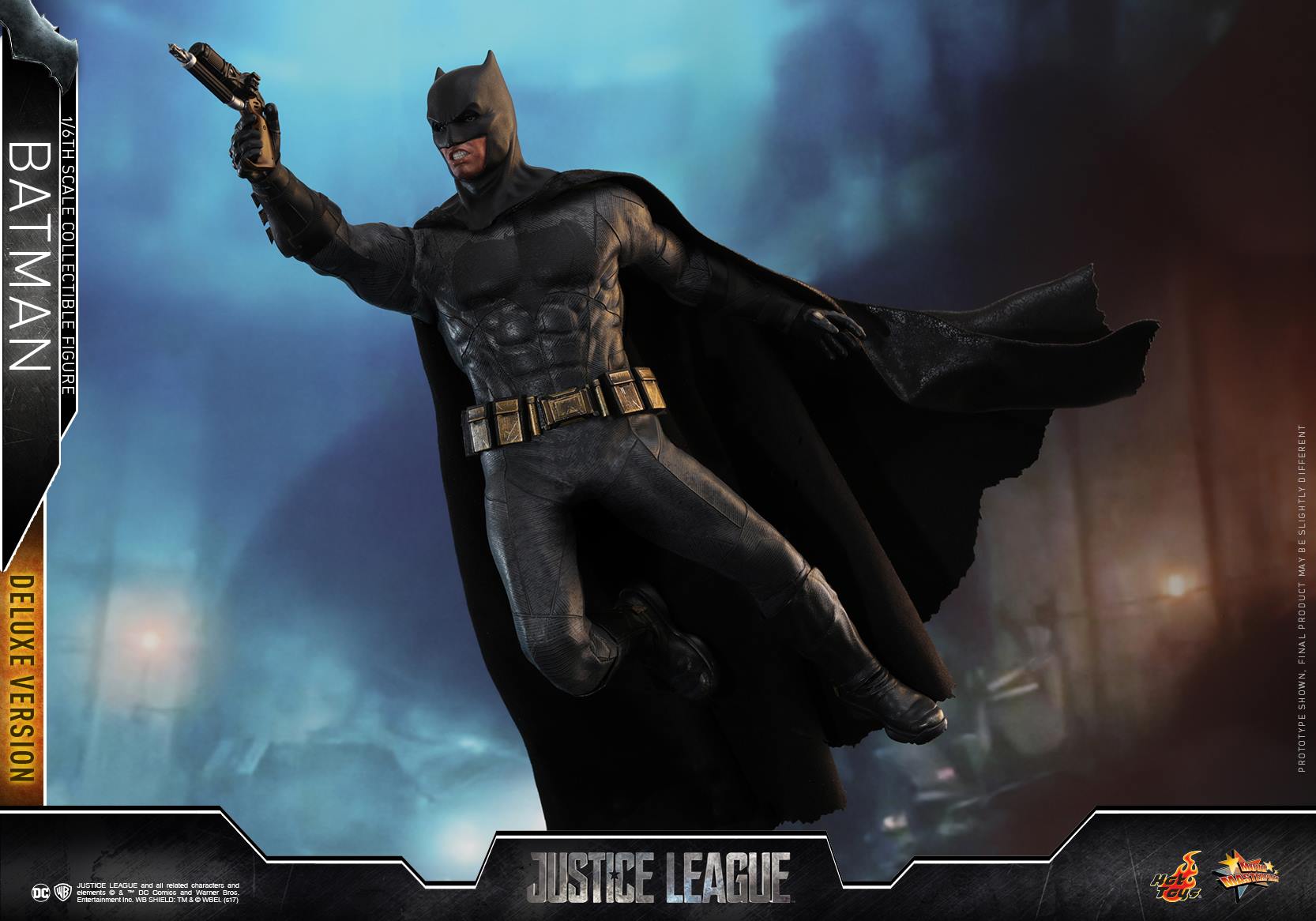 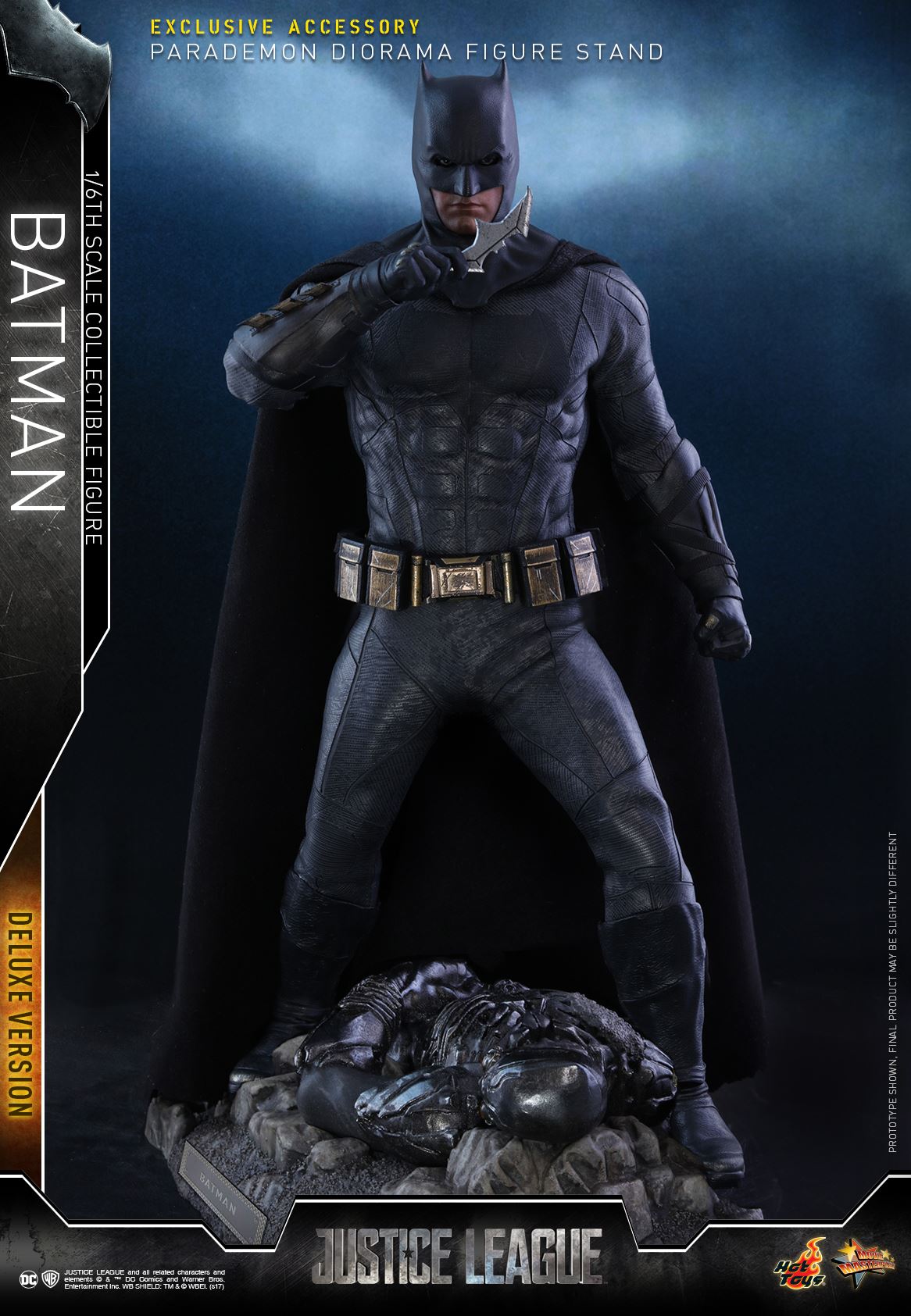 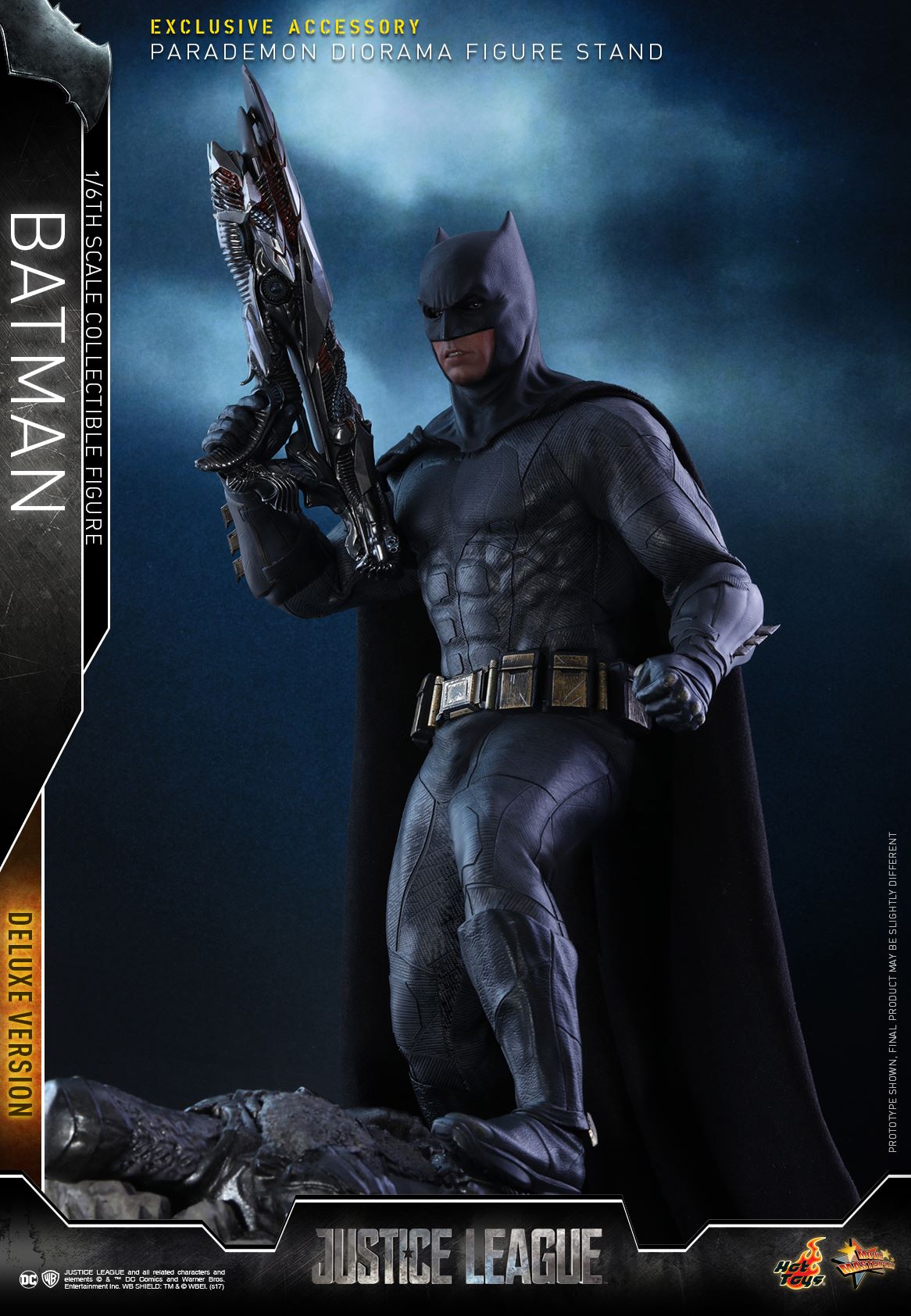 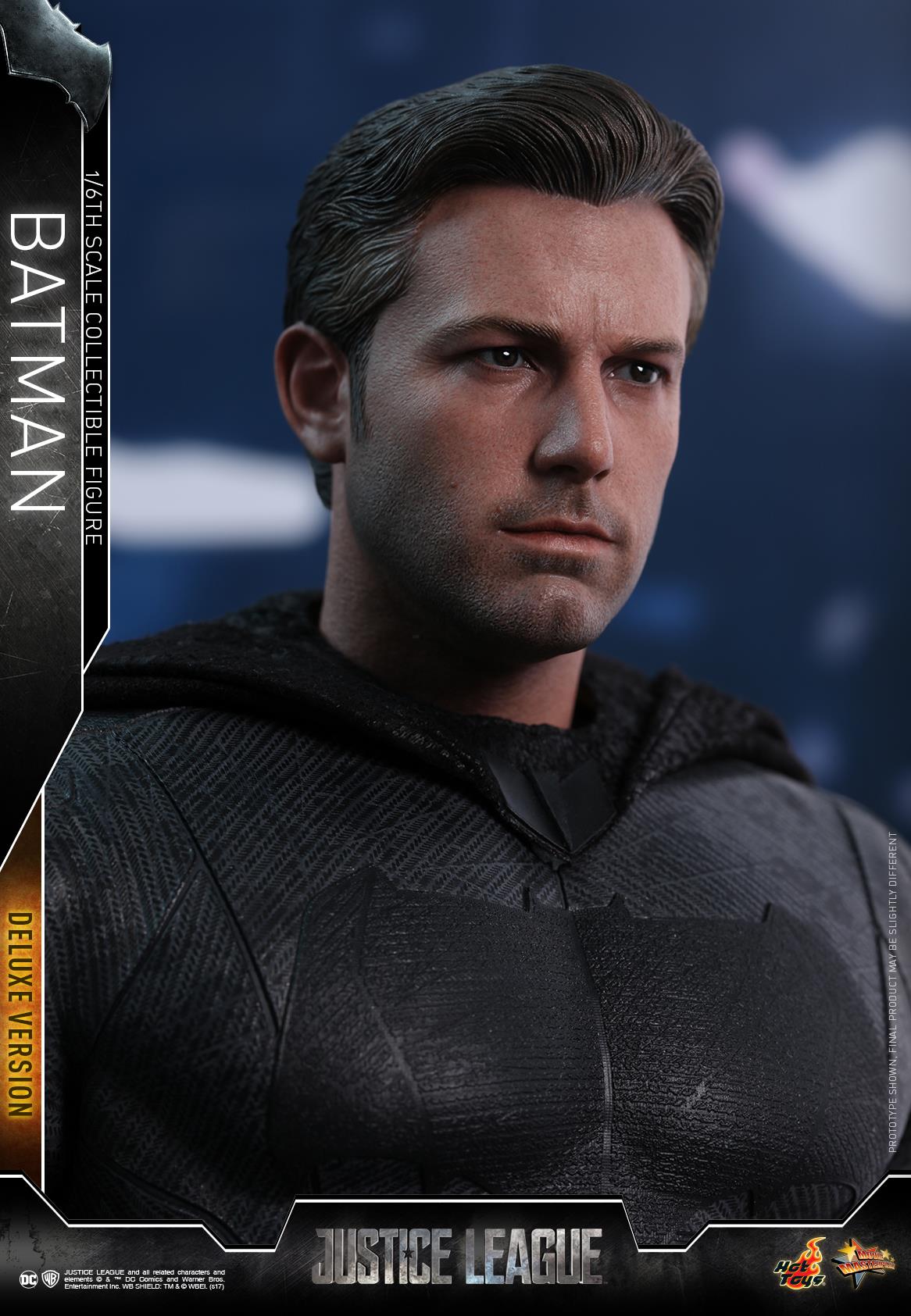 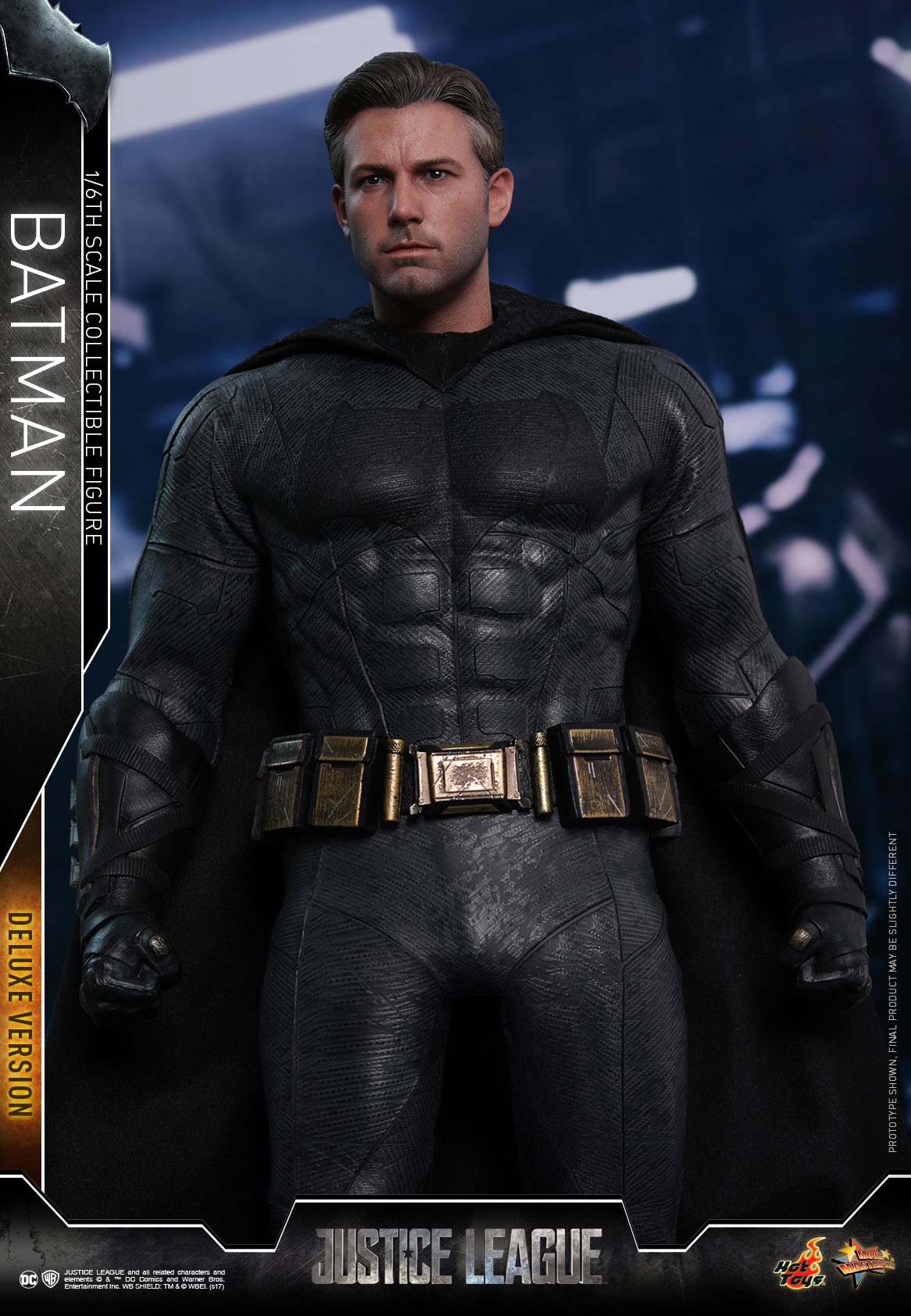 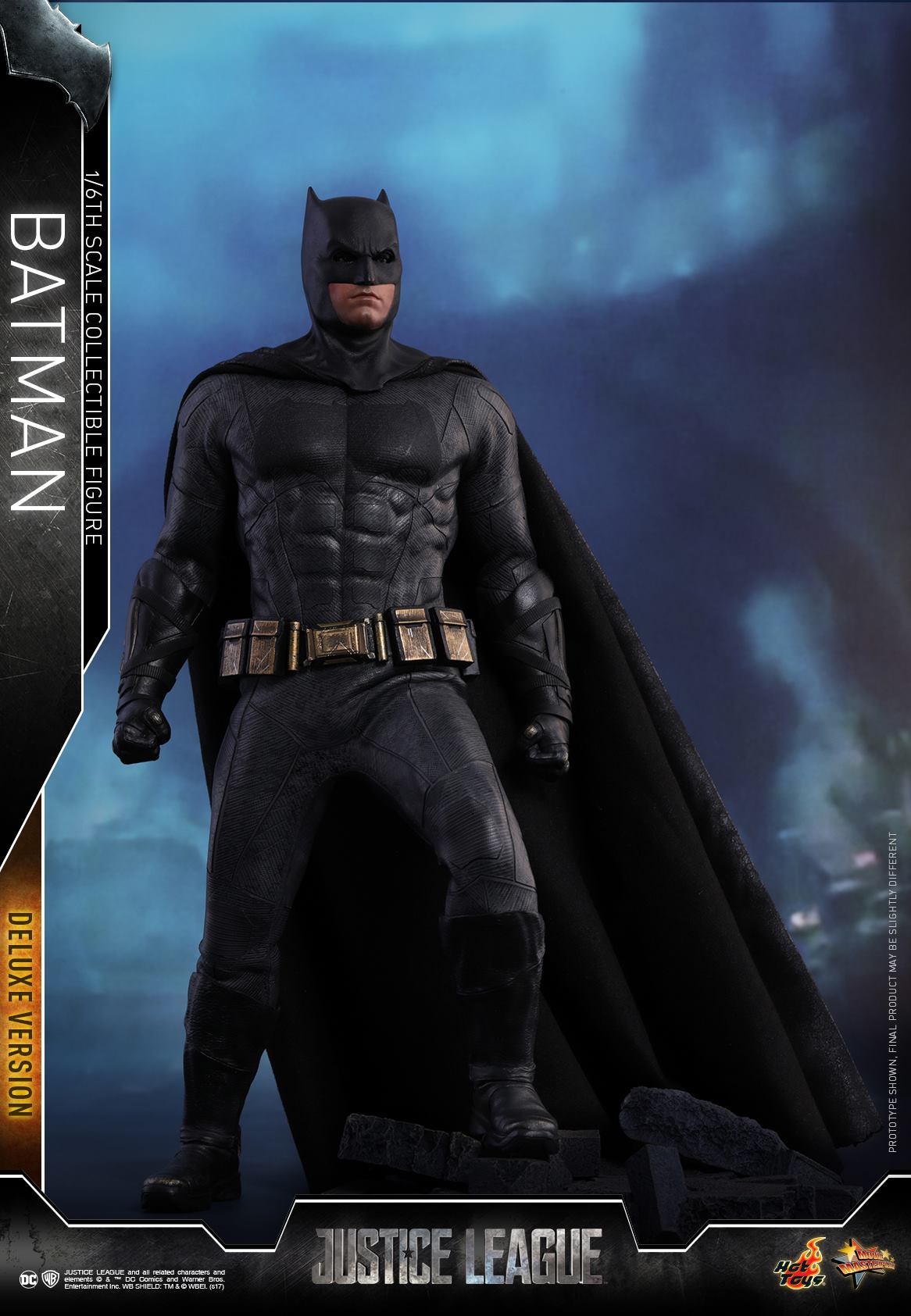 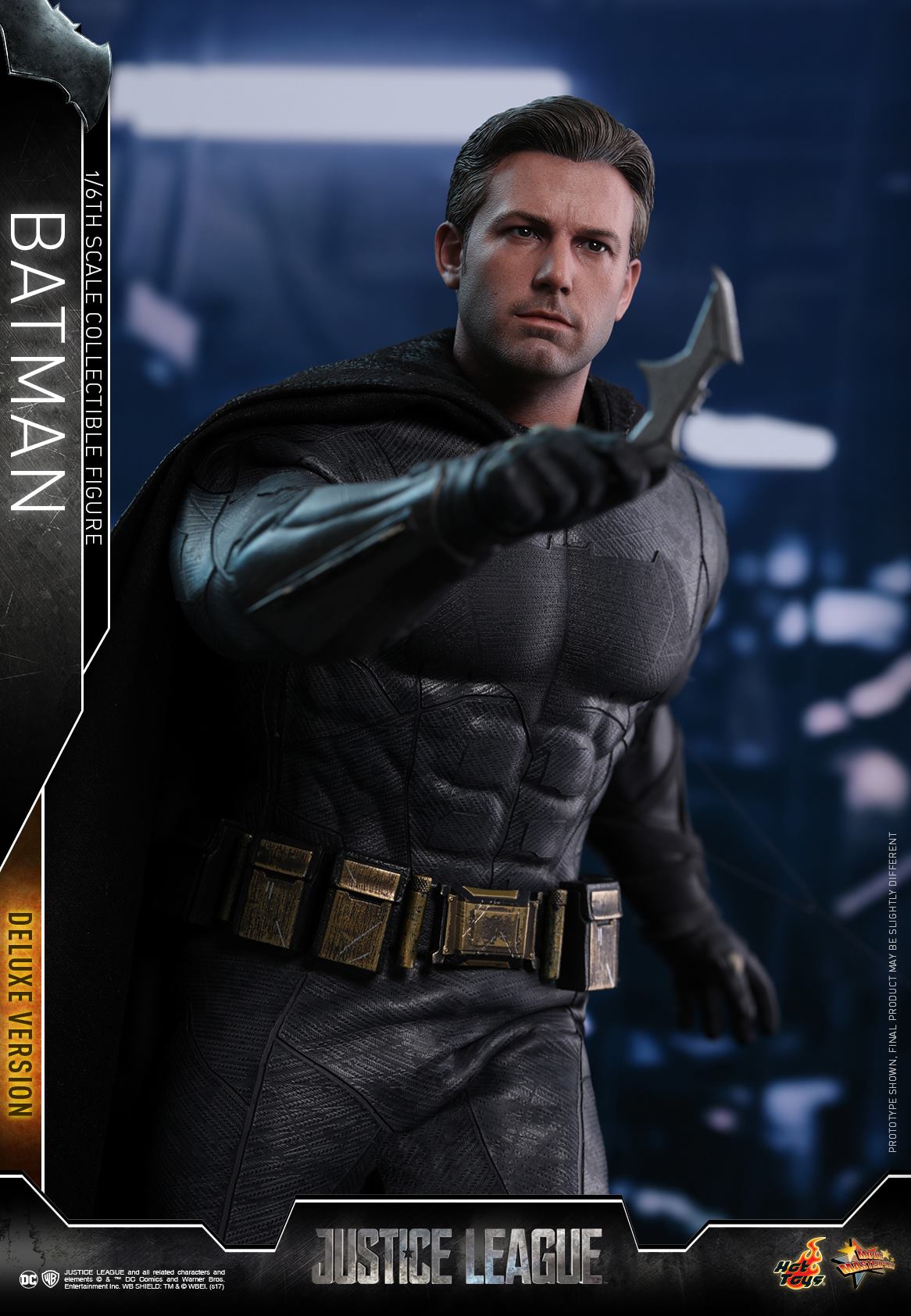 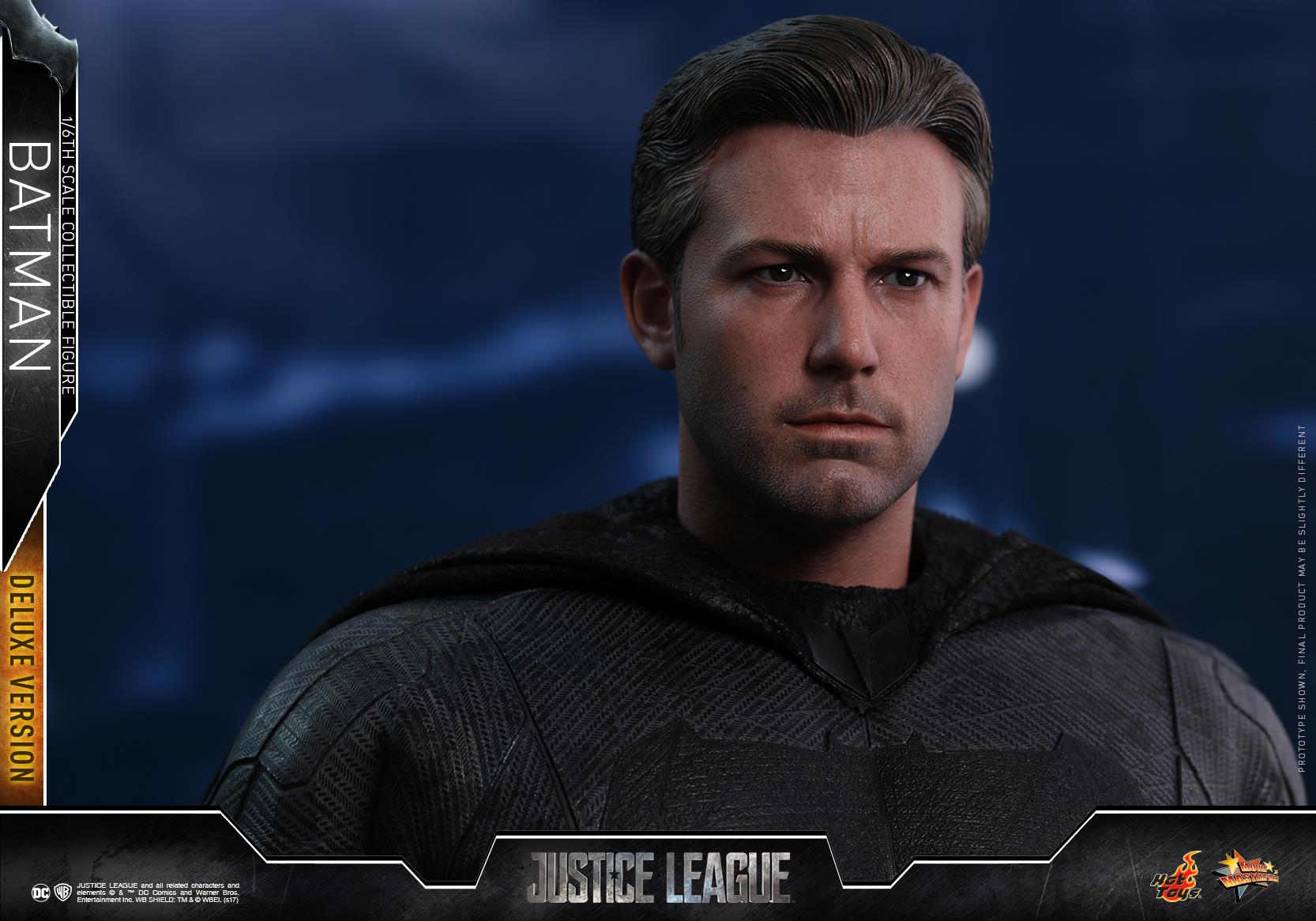 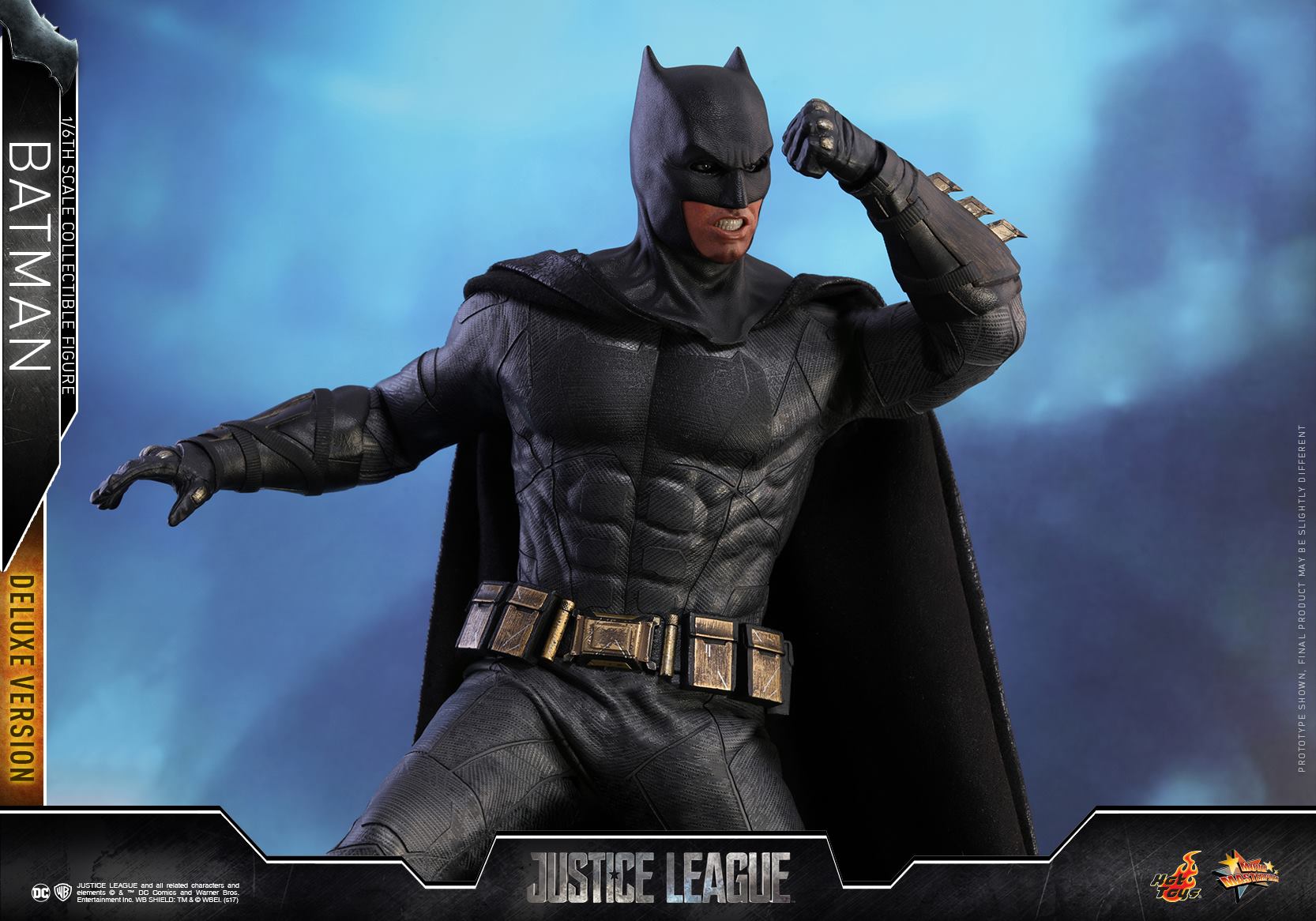 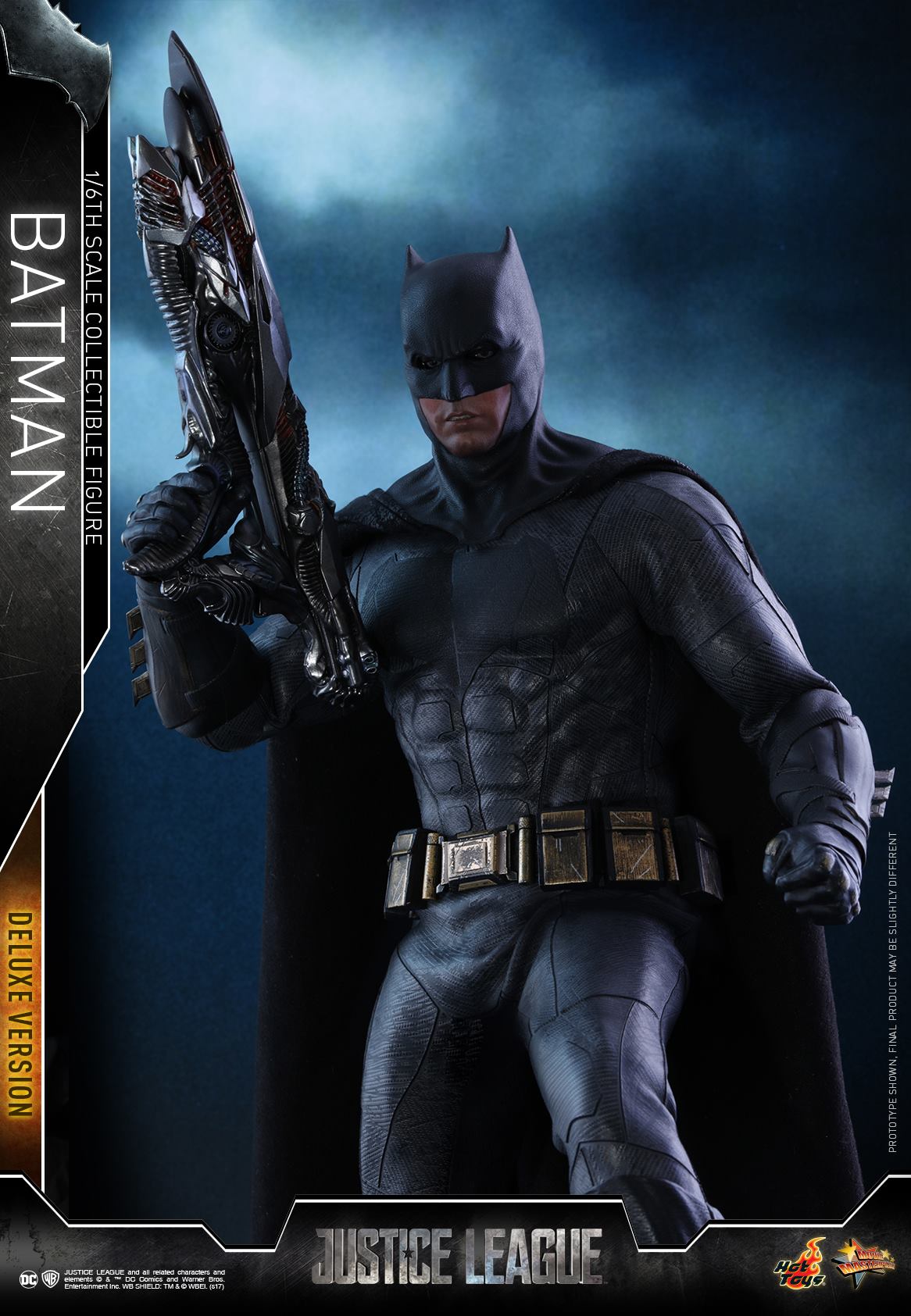 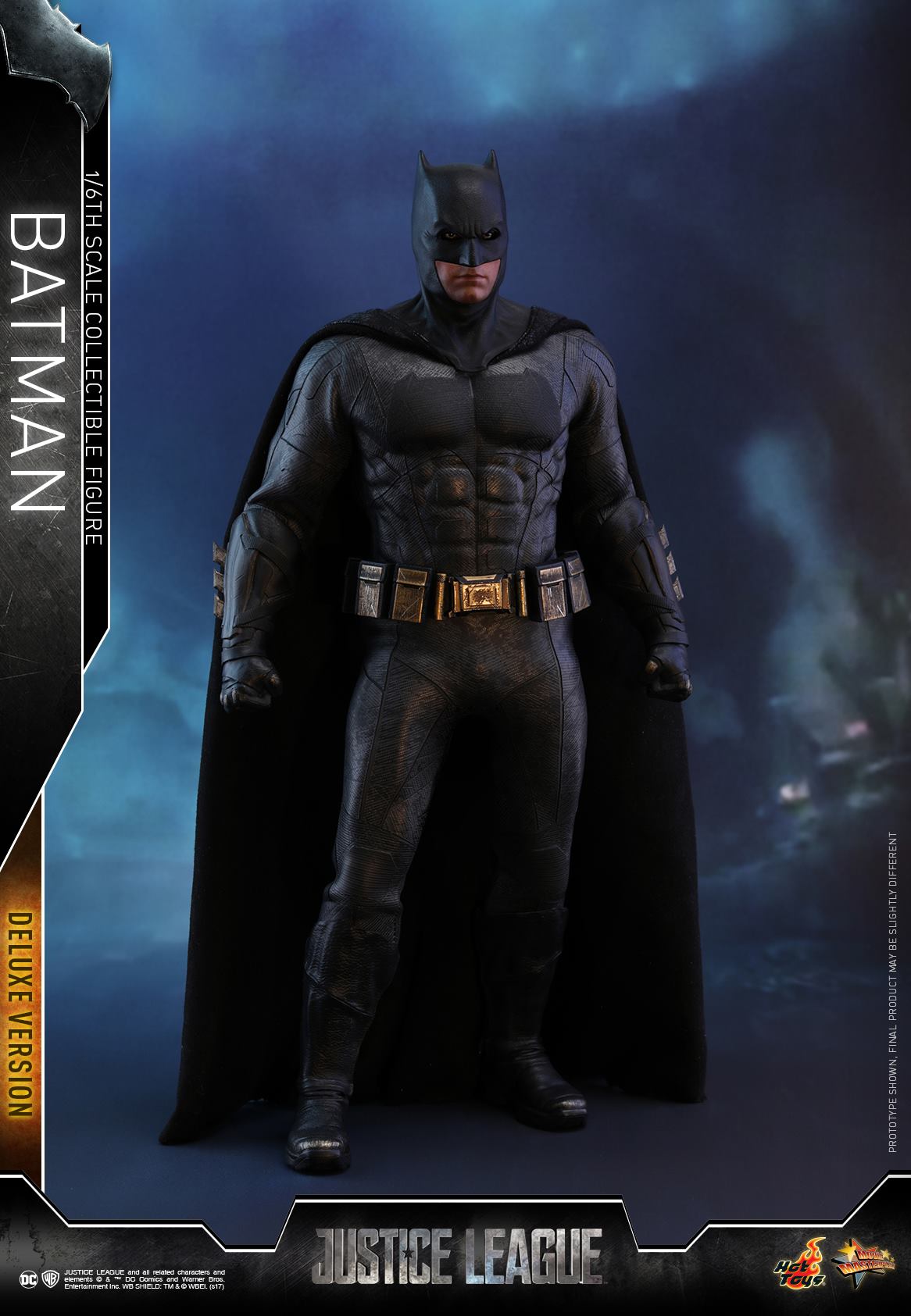 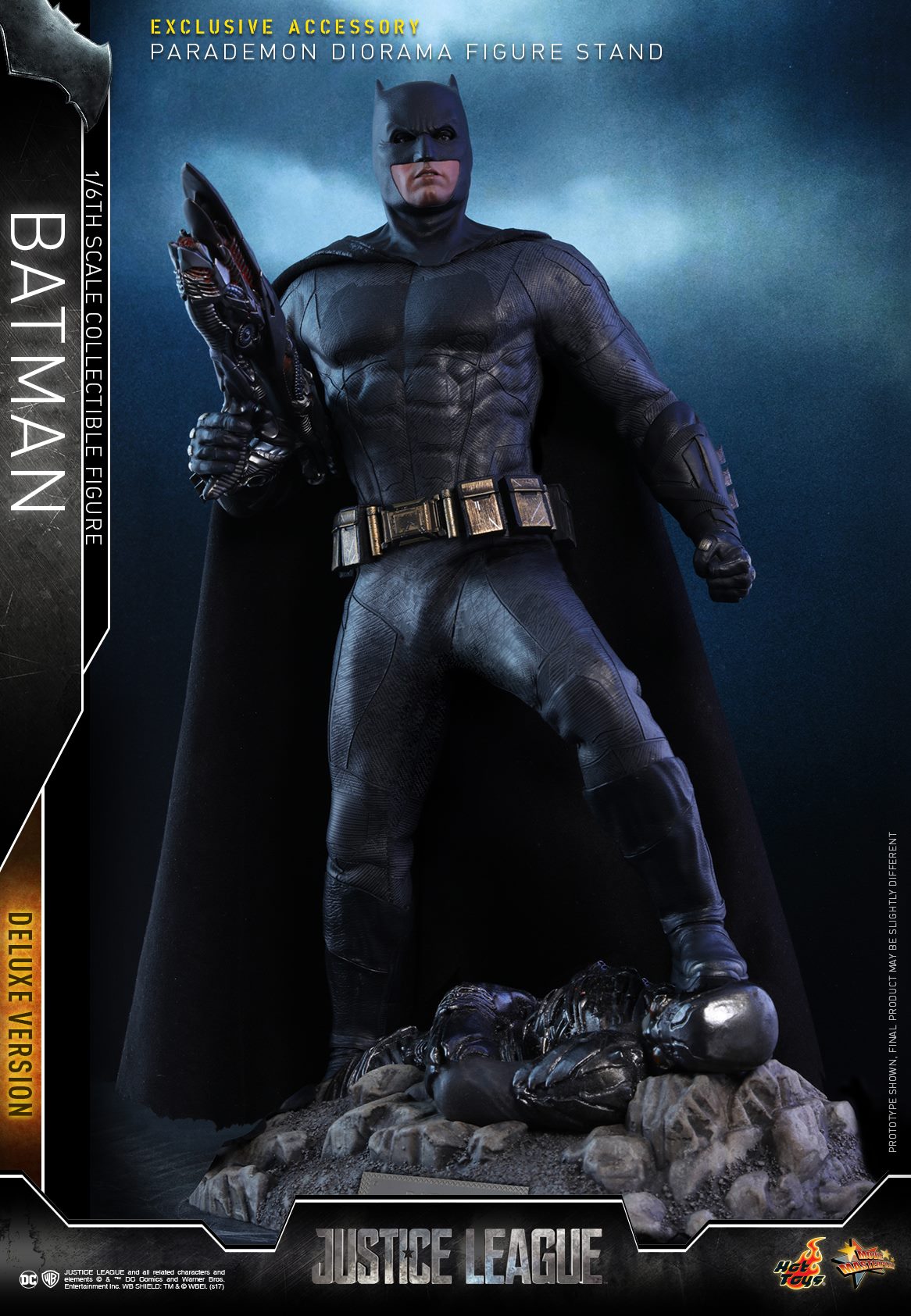 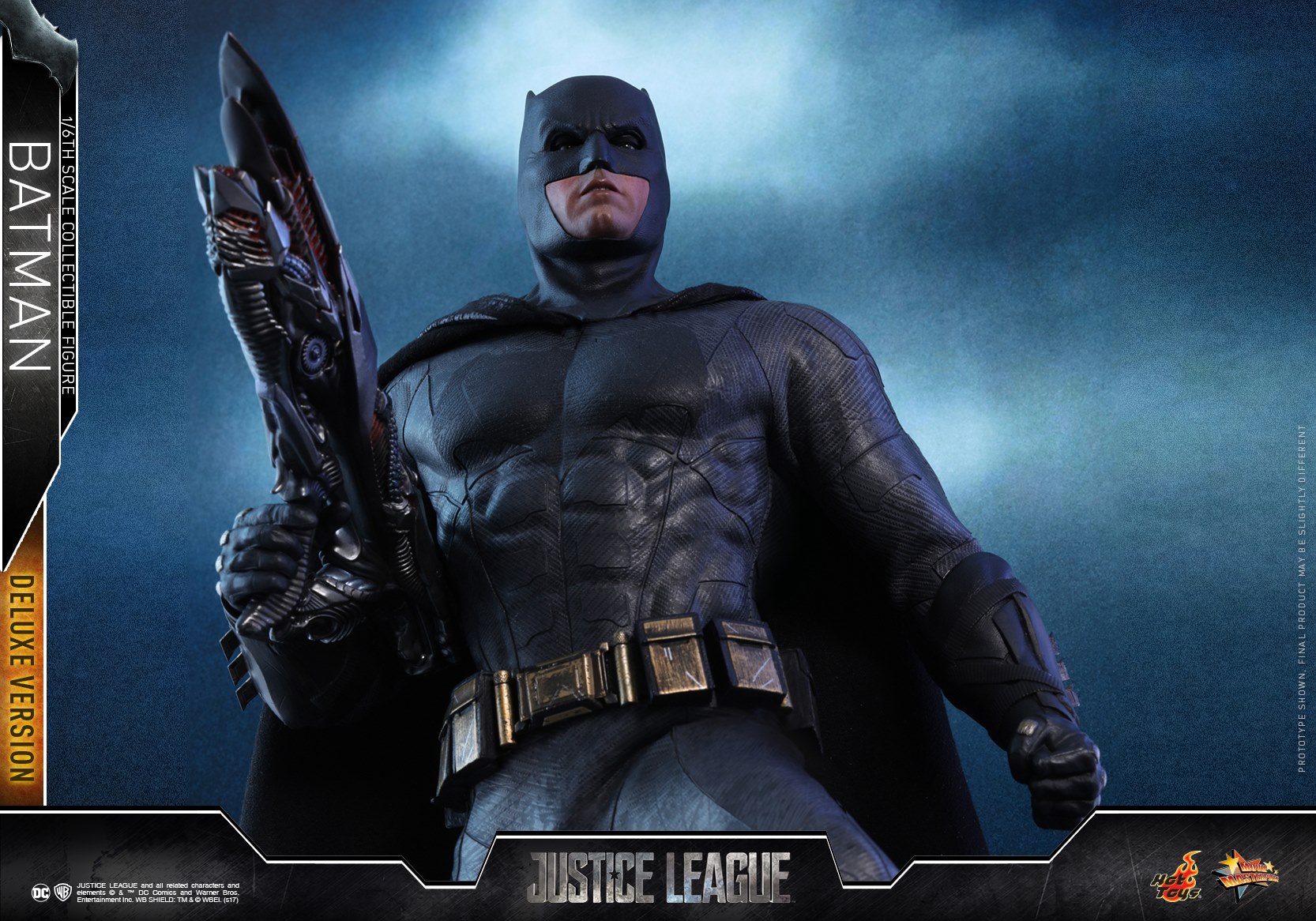 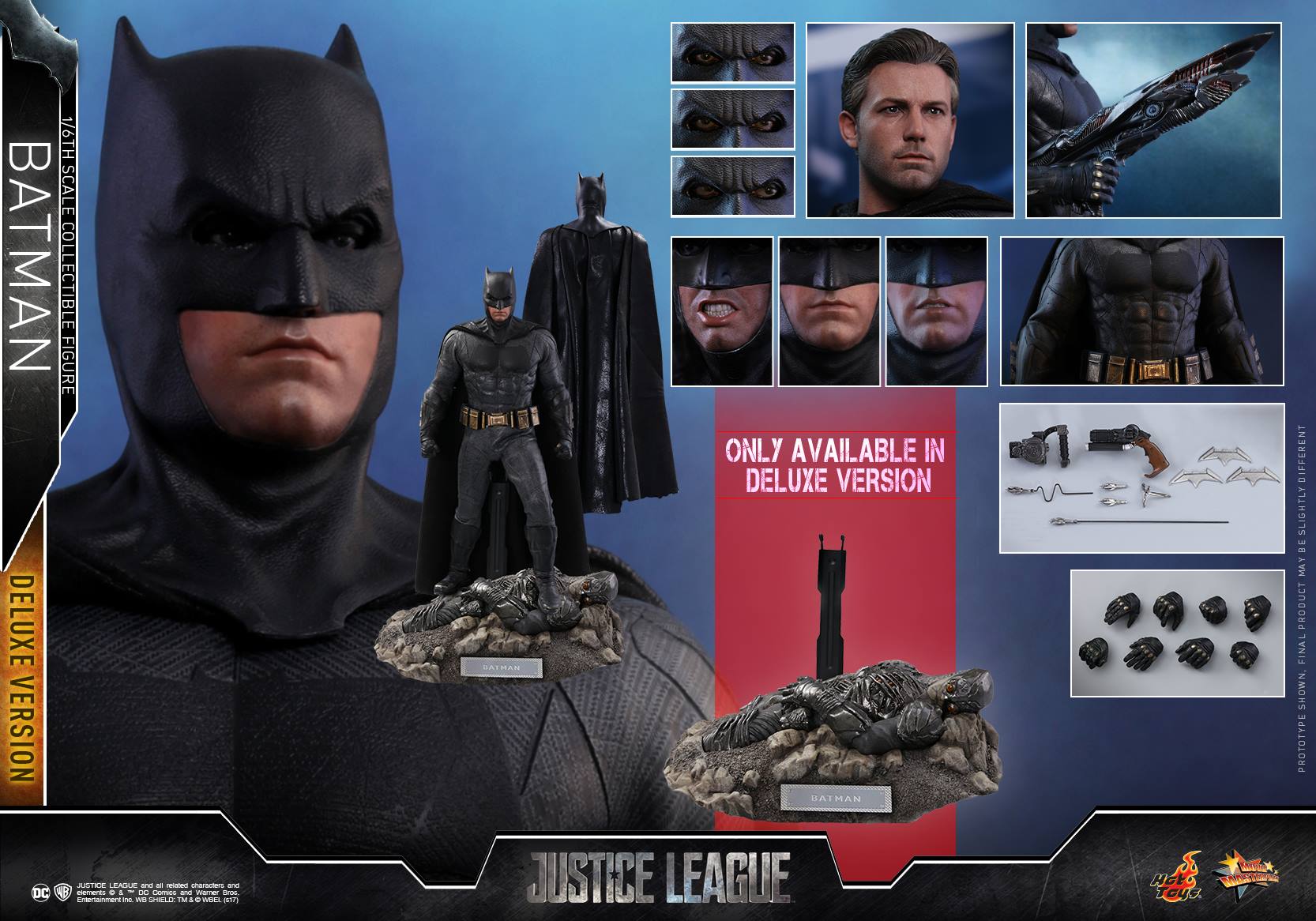