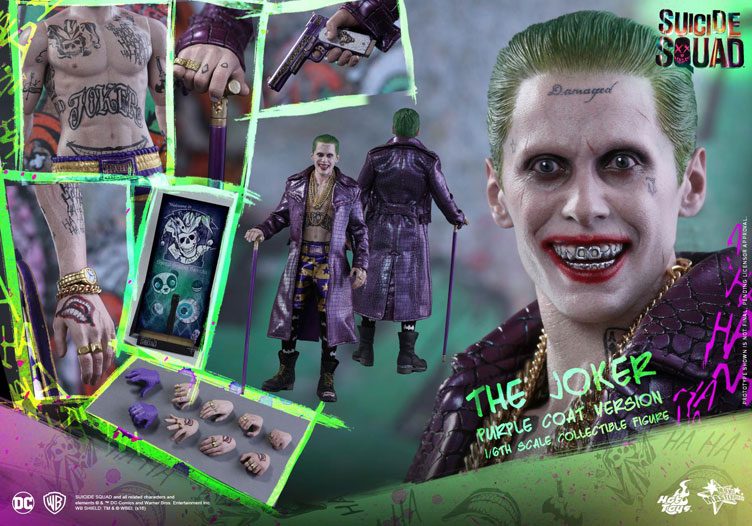 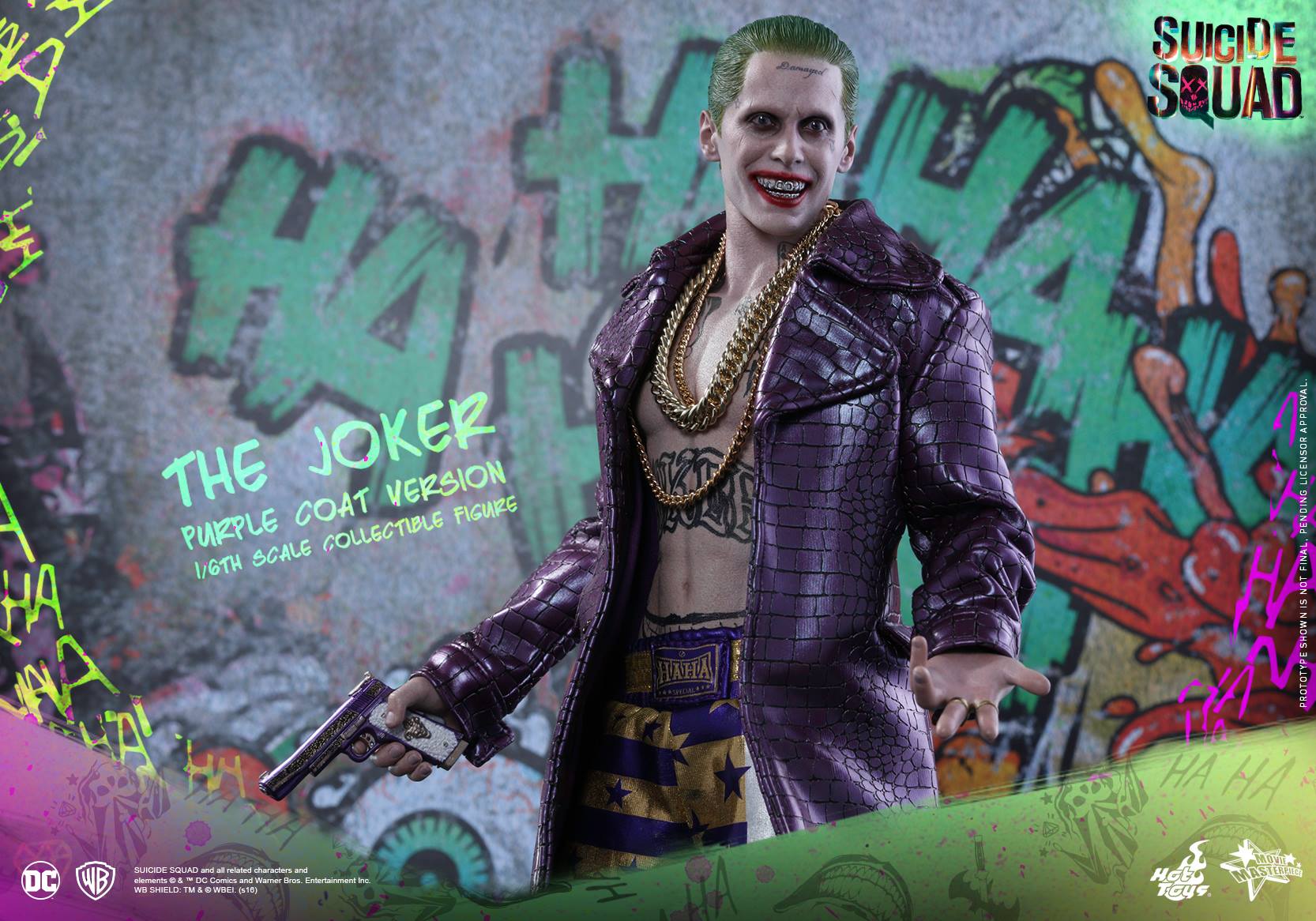 Blinged up and tatted up in sinister style, this purple coat Joker figure has popped up alongside the Arkham Asylum Version Joker and Batman Imposter Joker figures from the upcoming Hot Toys Suicide Squad sixth scale collection, equipped with all kinds of cool accessories and sculpted to perfection in tribute to Jared Leto’s Joker character.

The figure features a newly sculpted laughing expression head and newly developed body to showcase all of his wild and crazy tattoos, along with the costume that he wears in the movie including a shiny purple trench coat, boxing shorts, Batman leggings and black boots. A Special Edition Joker equipped with bonus accessories like mobile phone, hammer and razor knife will also be available in select countries. 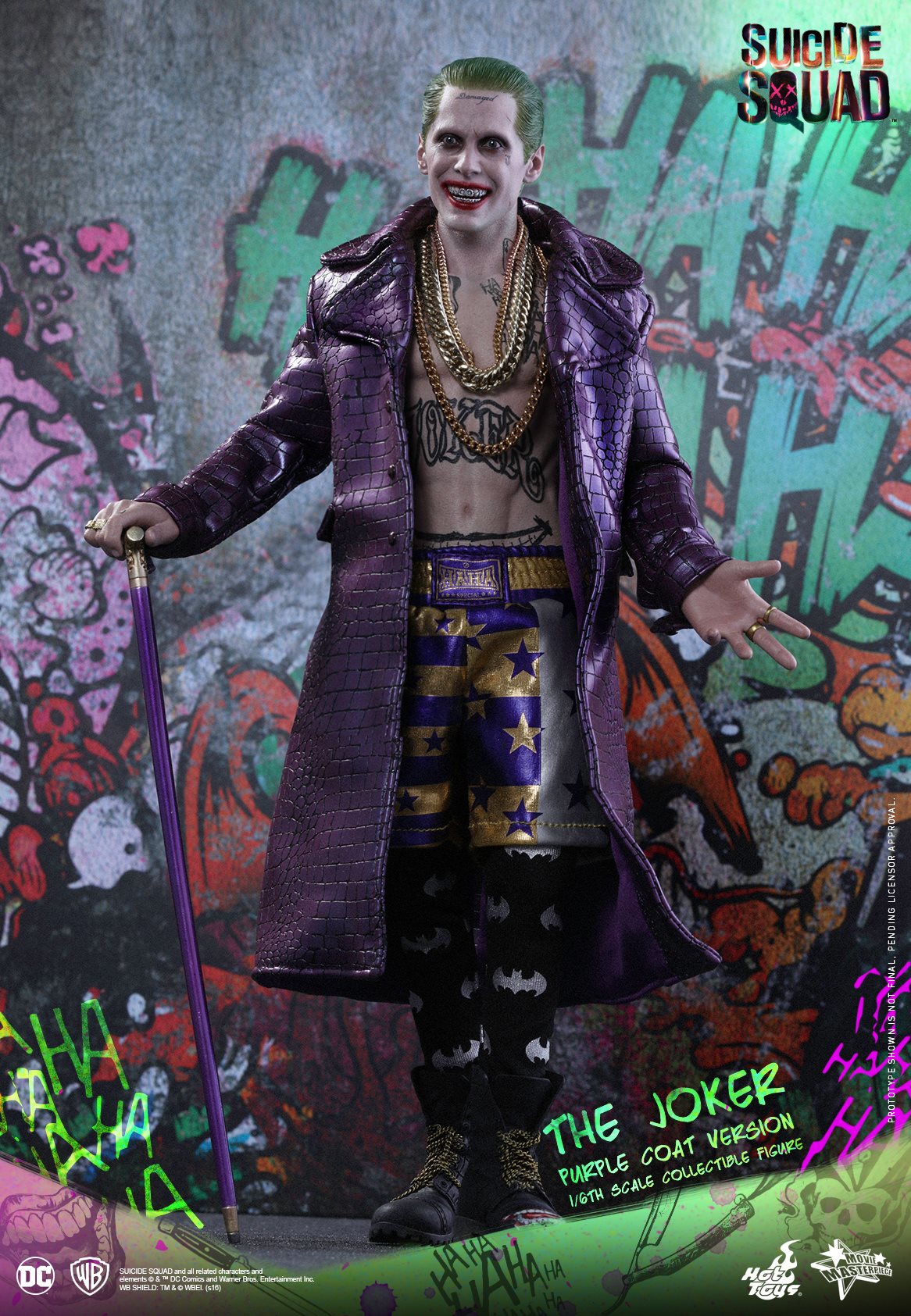 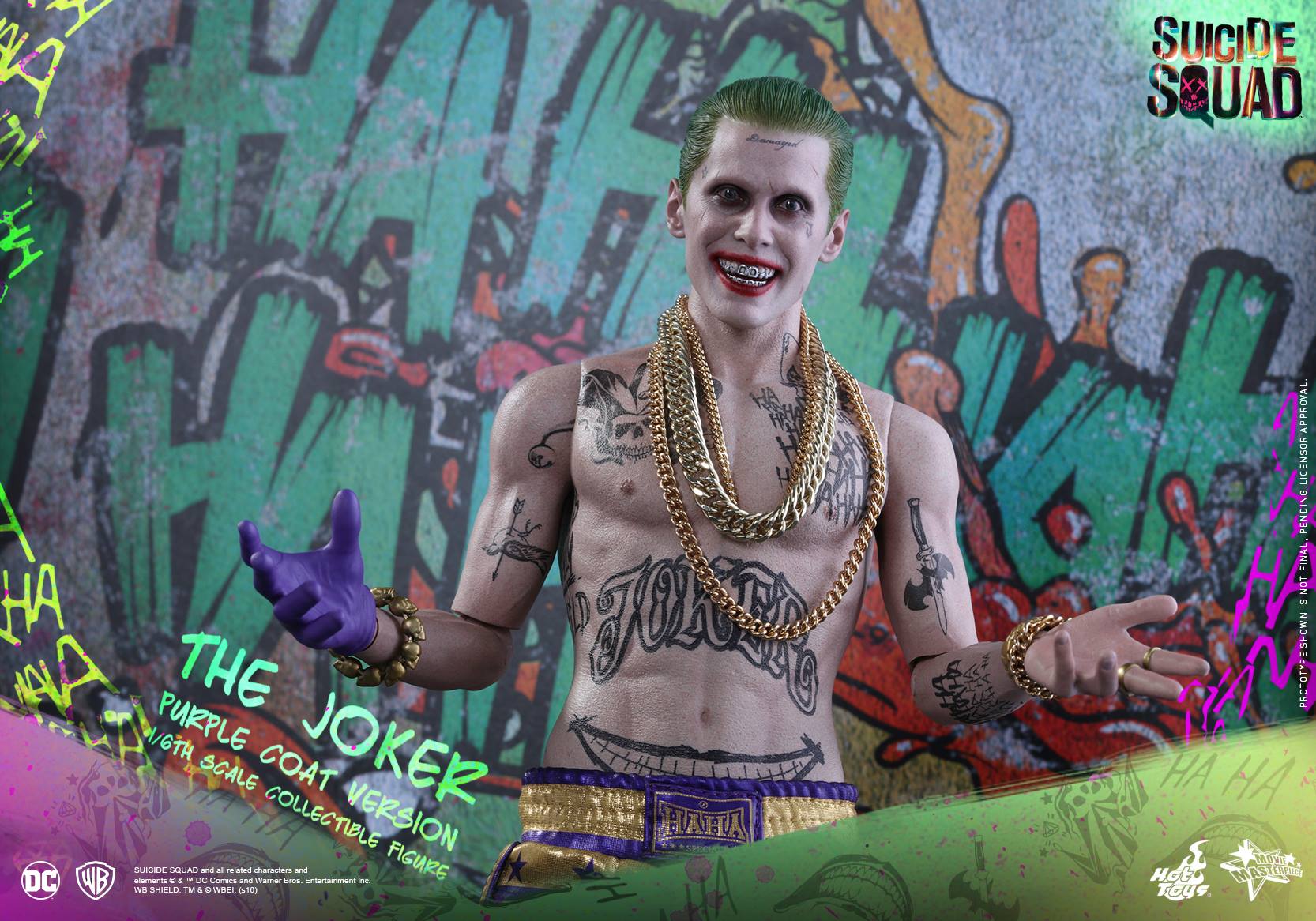 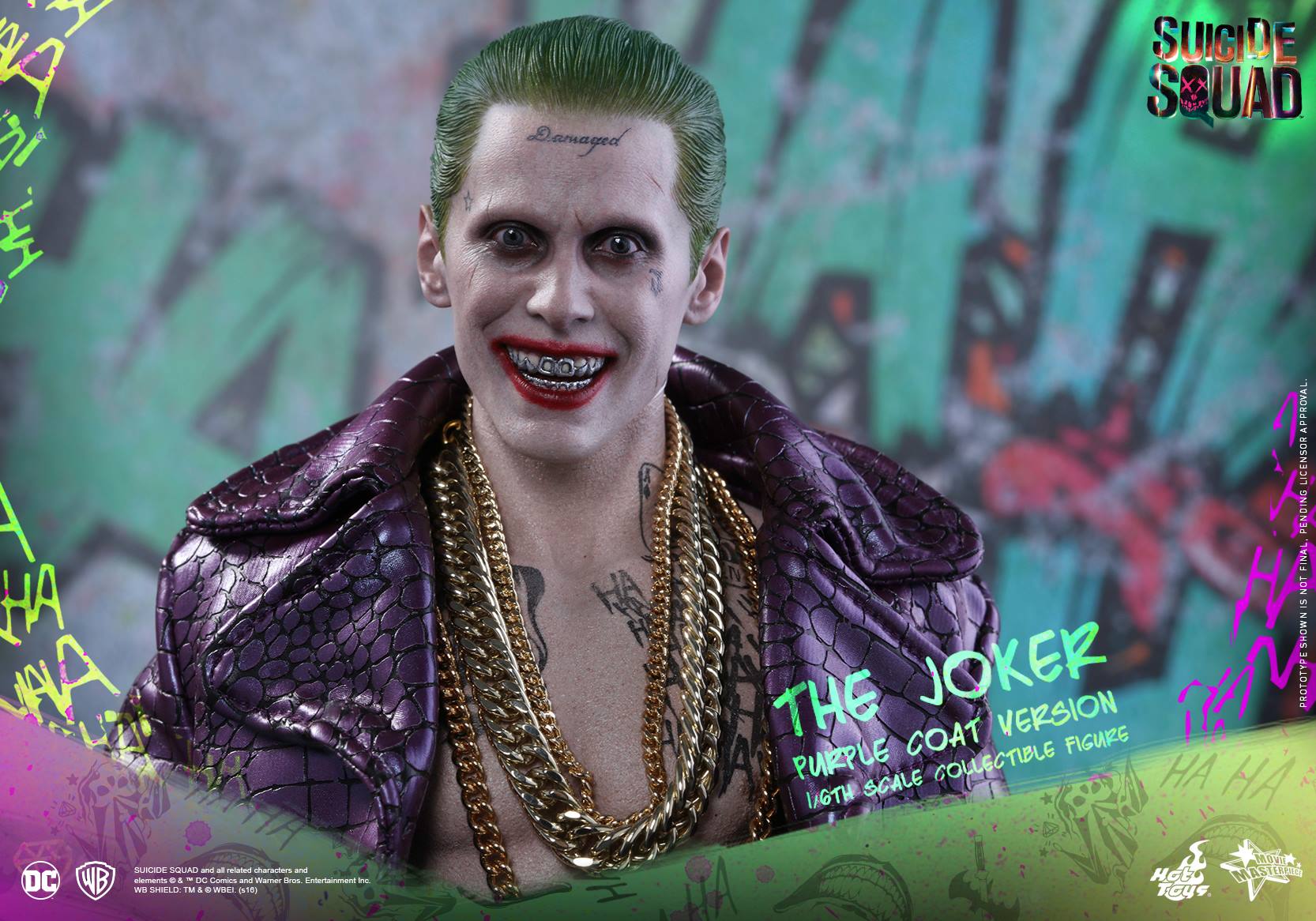 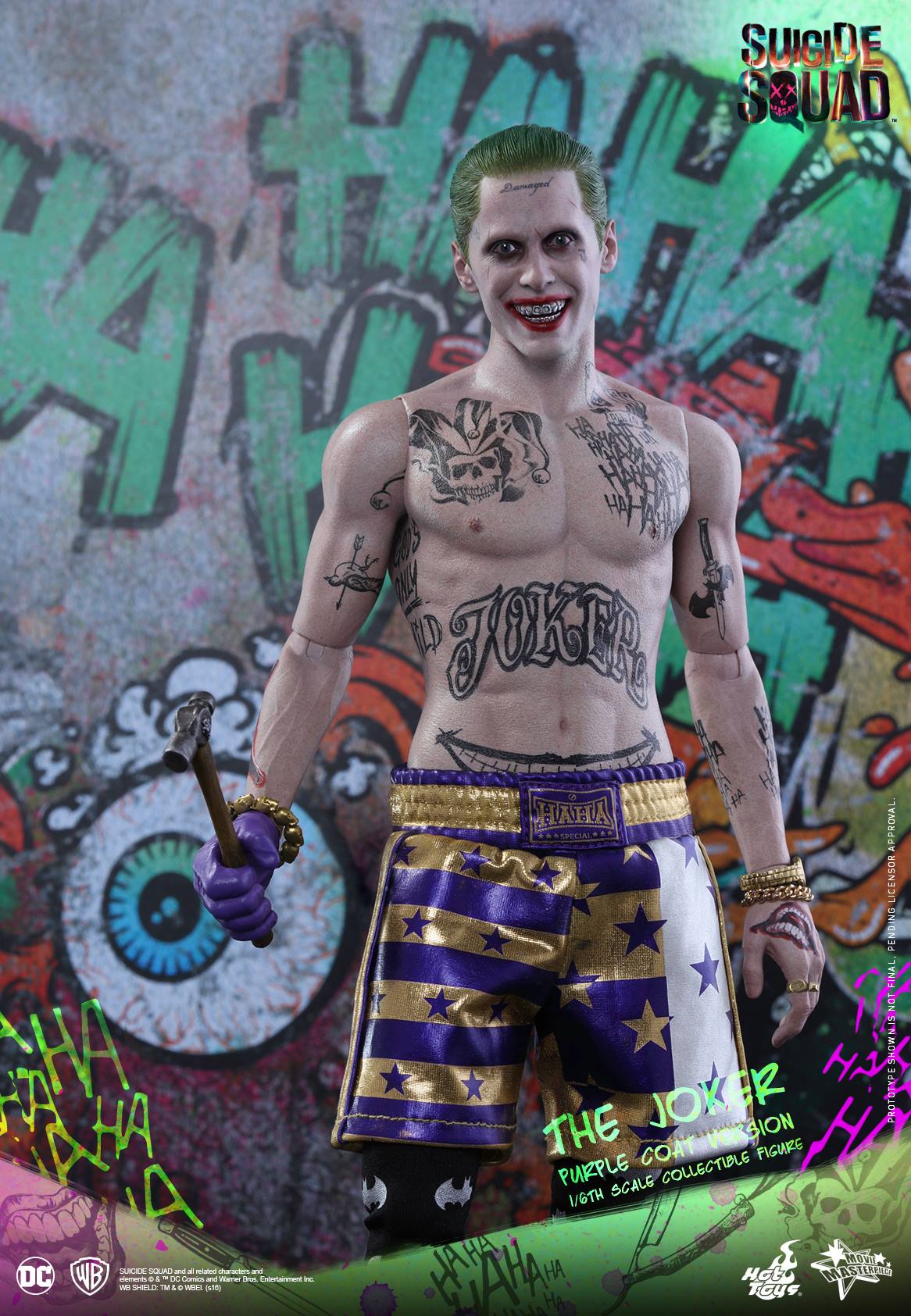 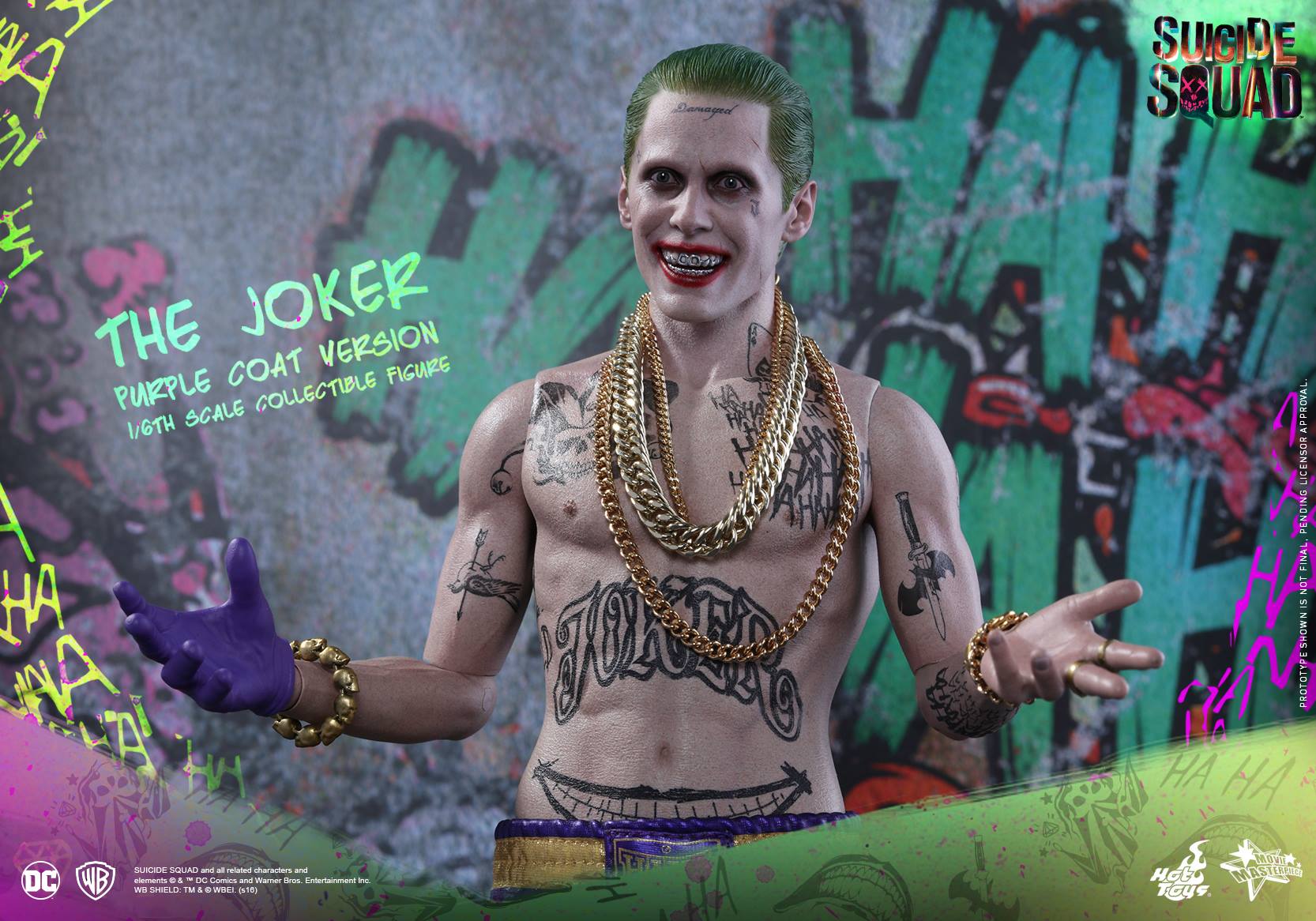 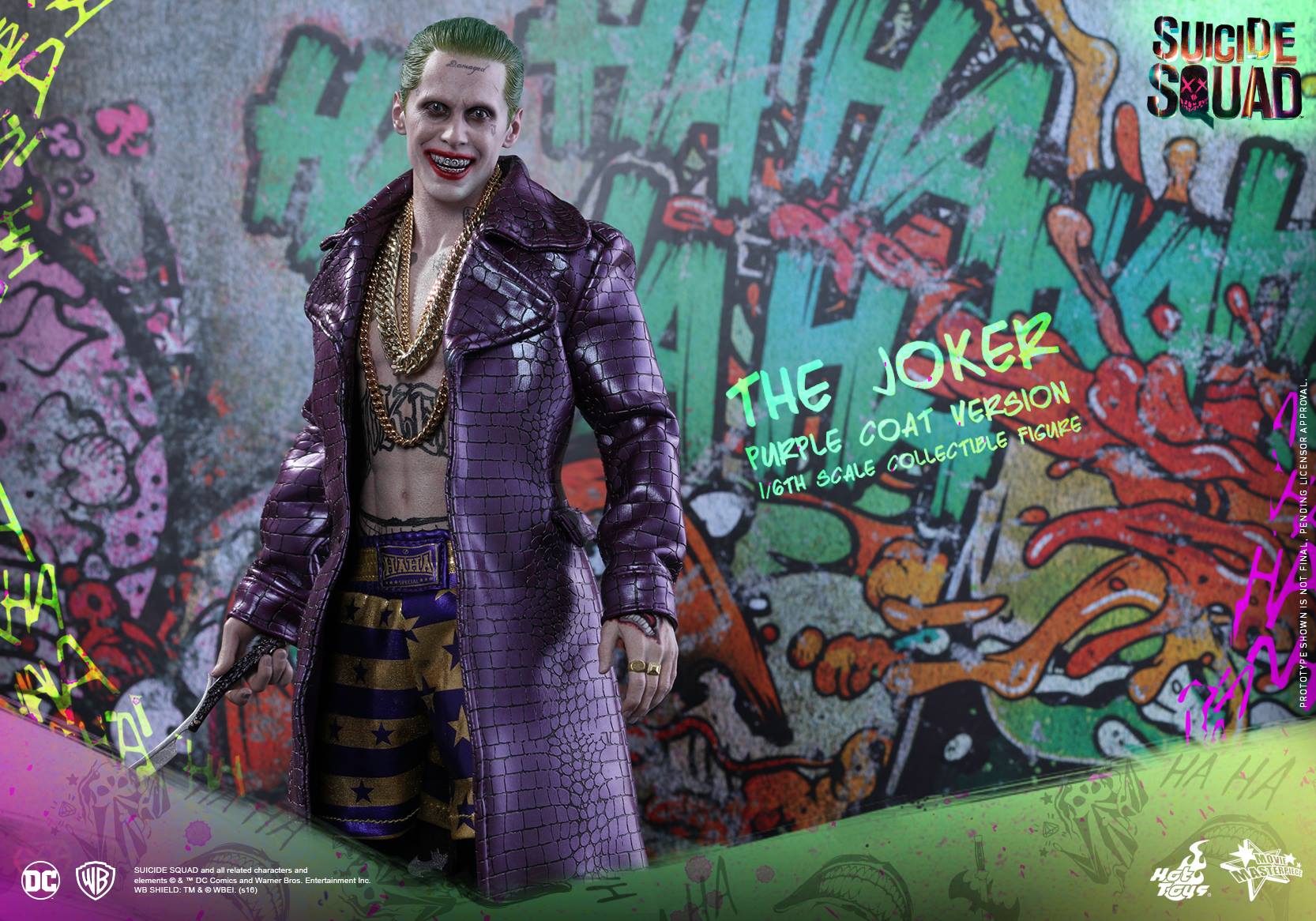 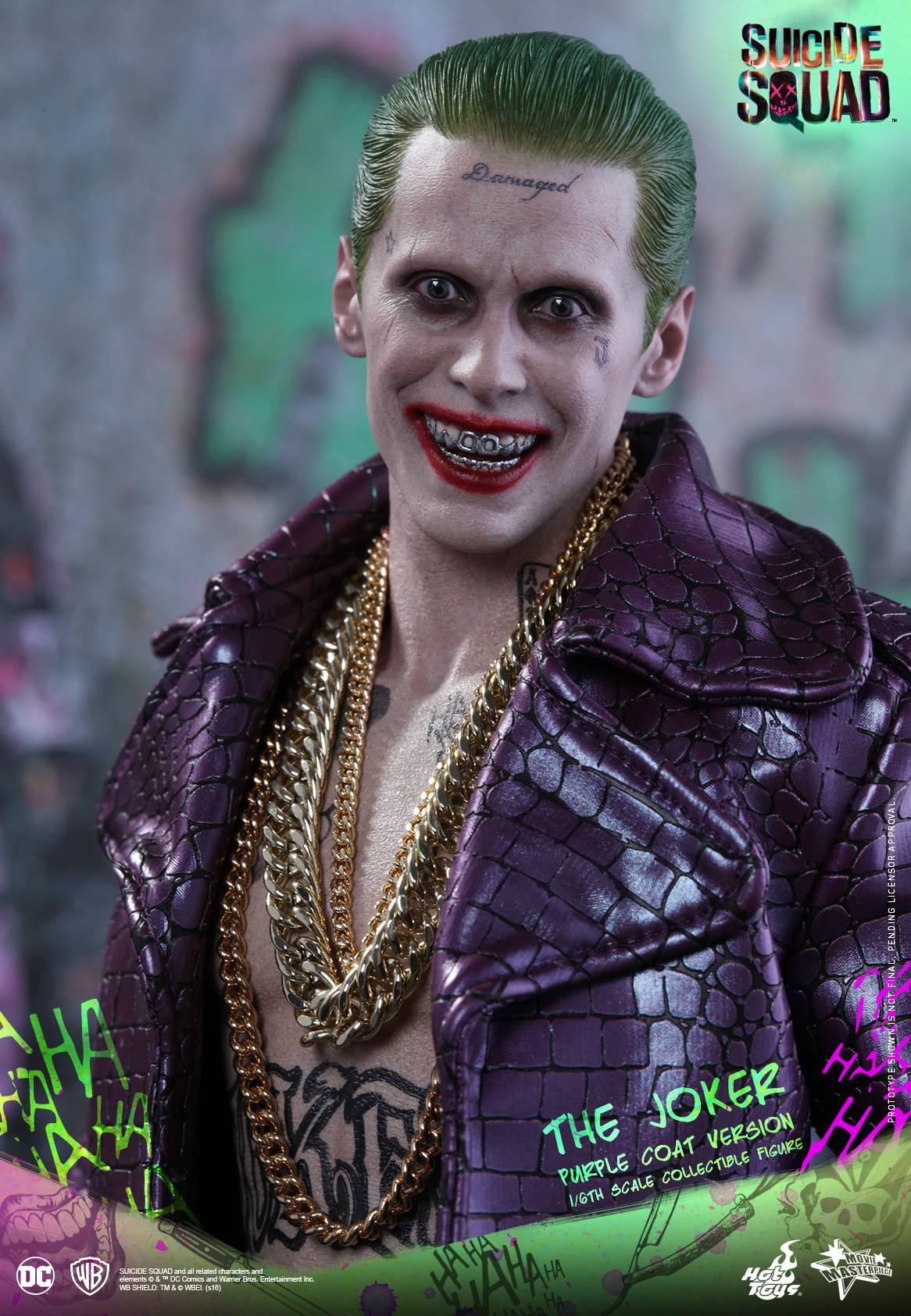 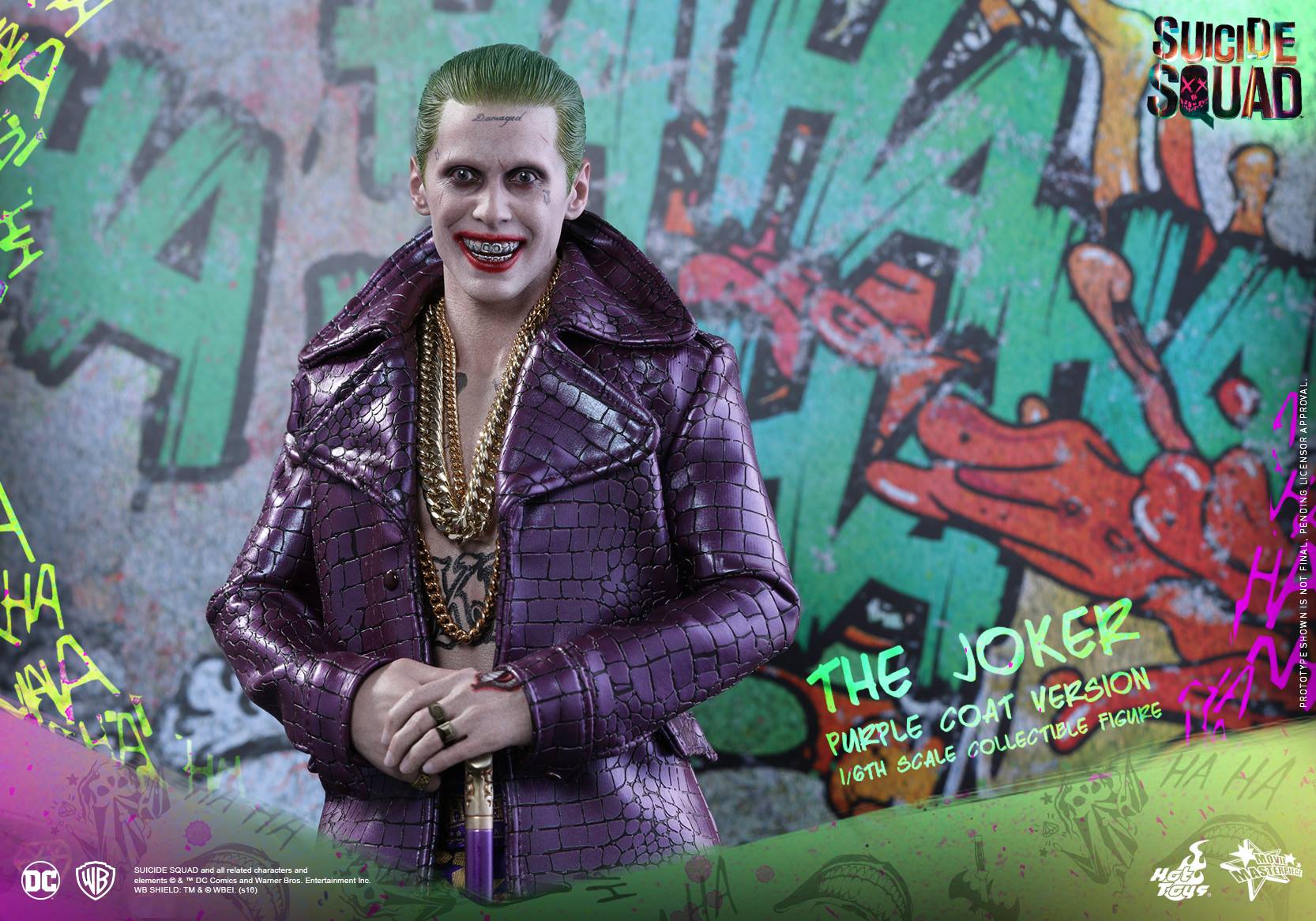 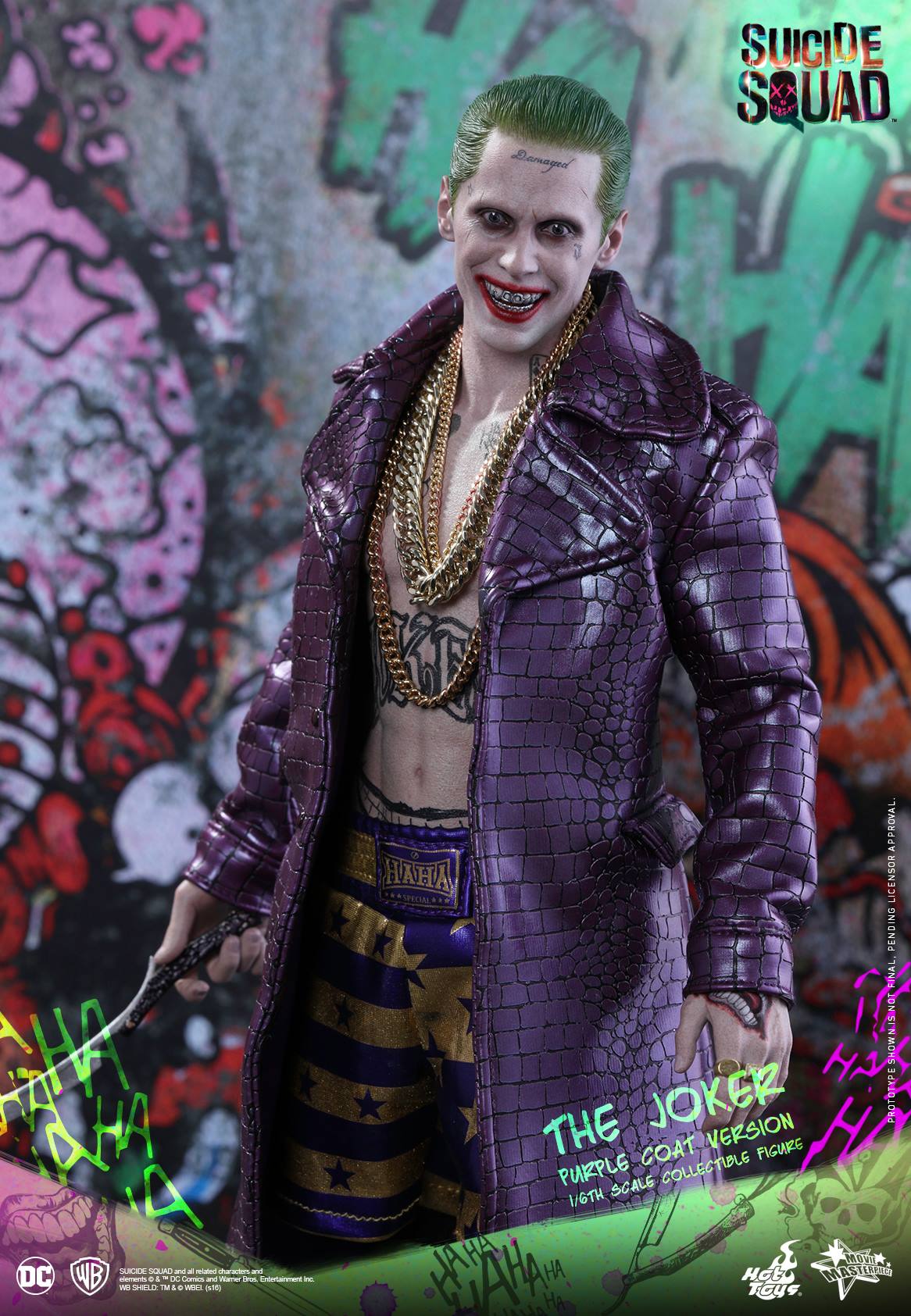 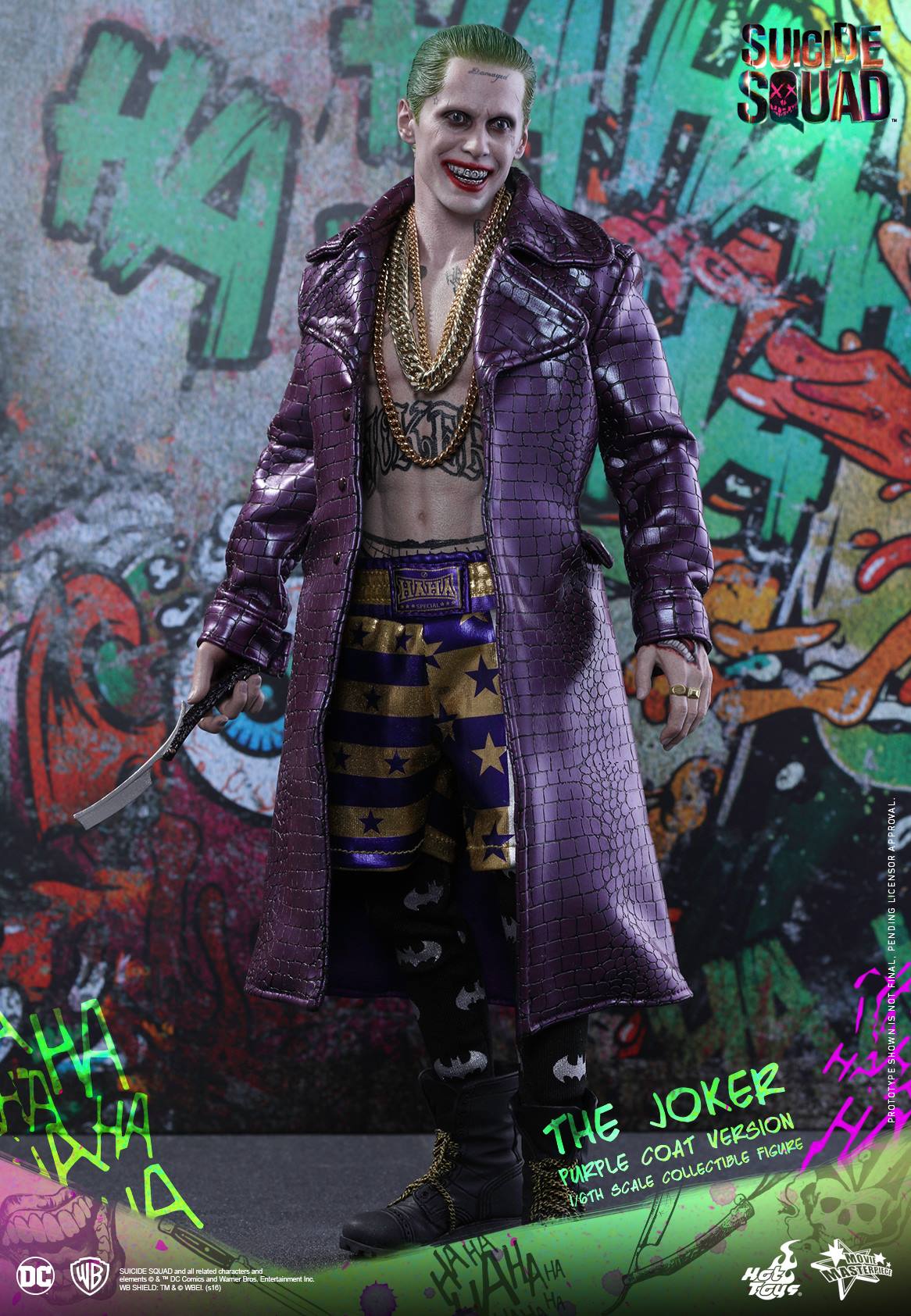 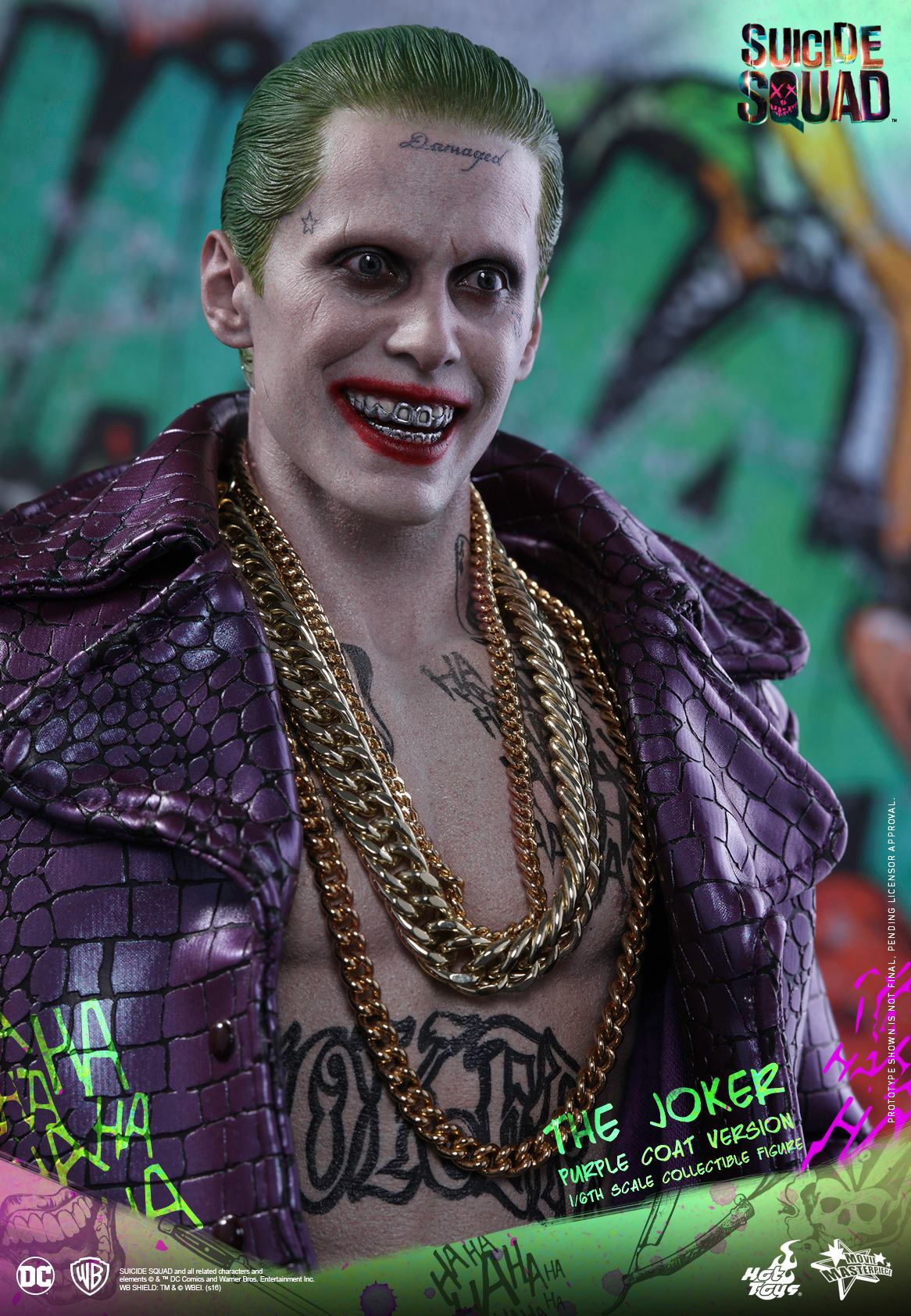 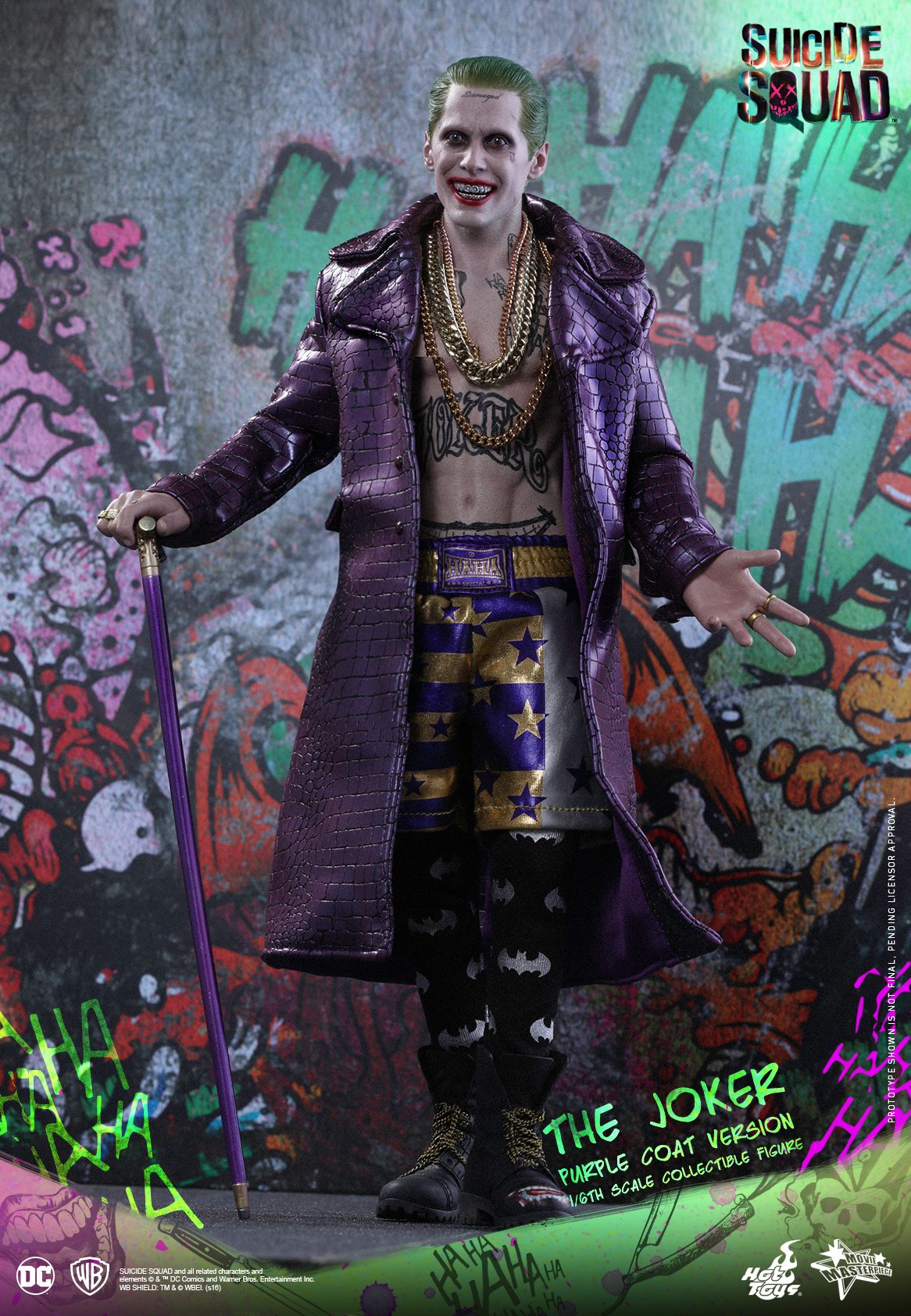 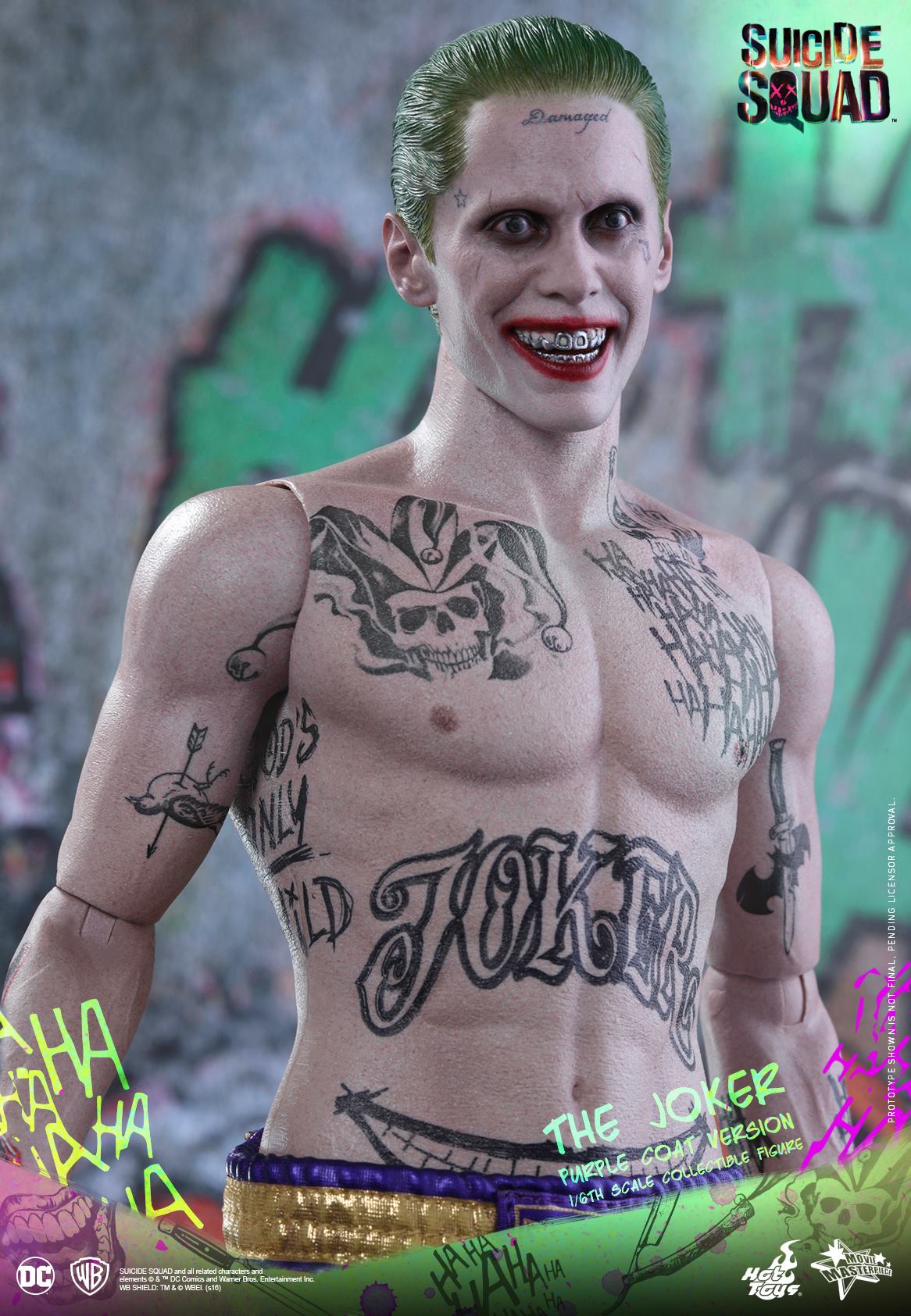 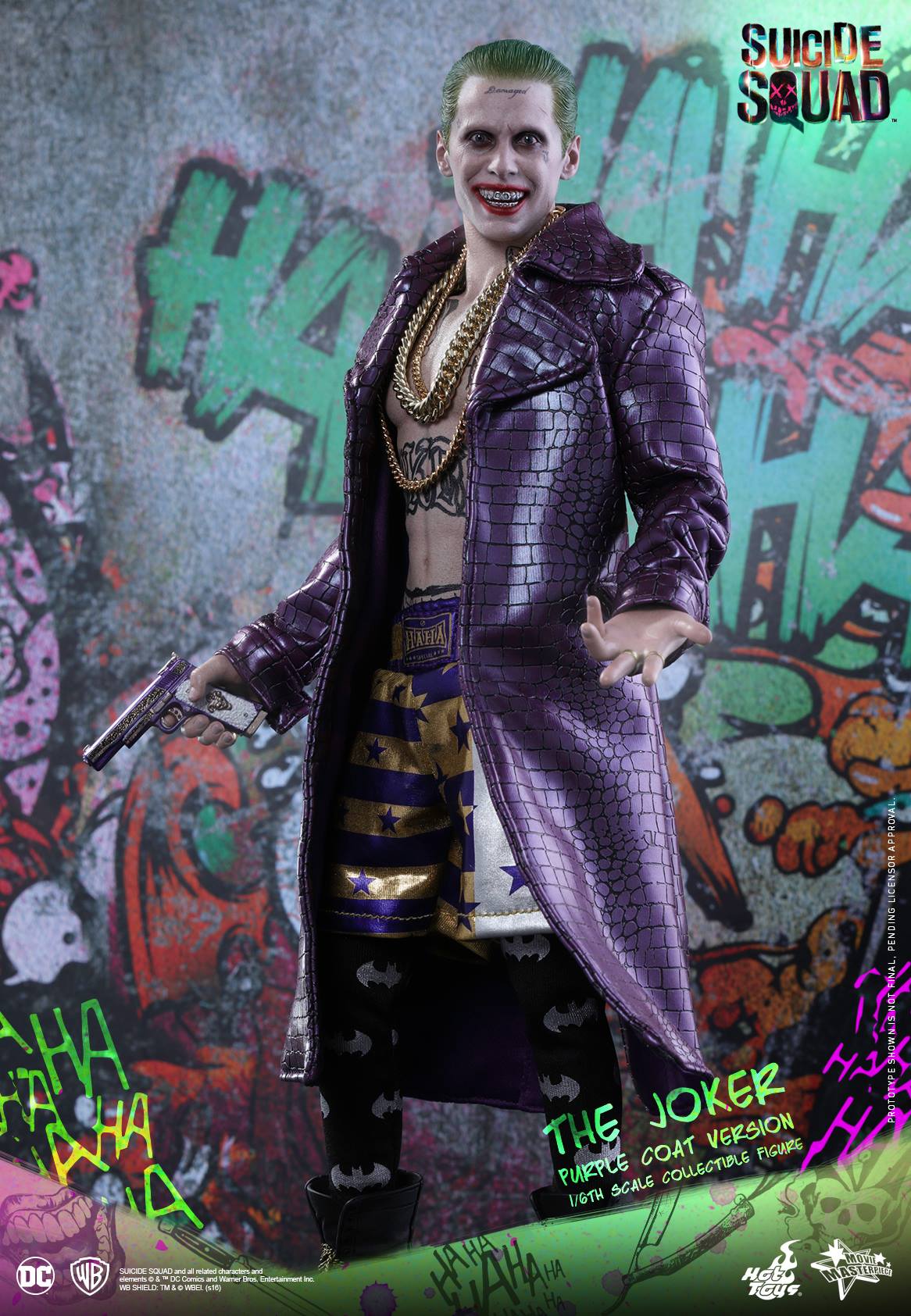 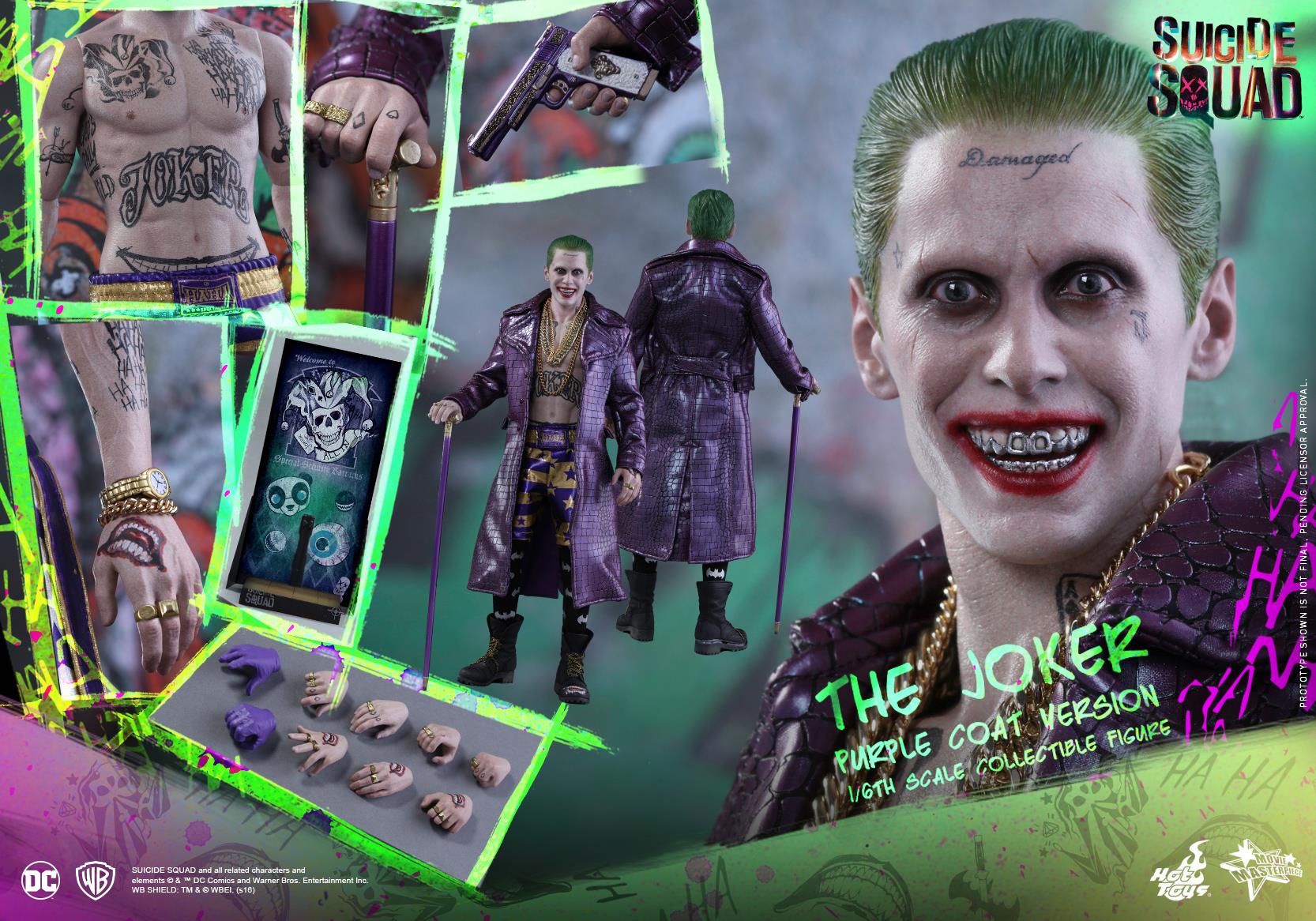 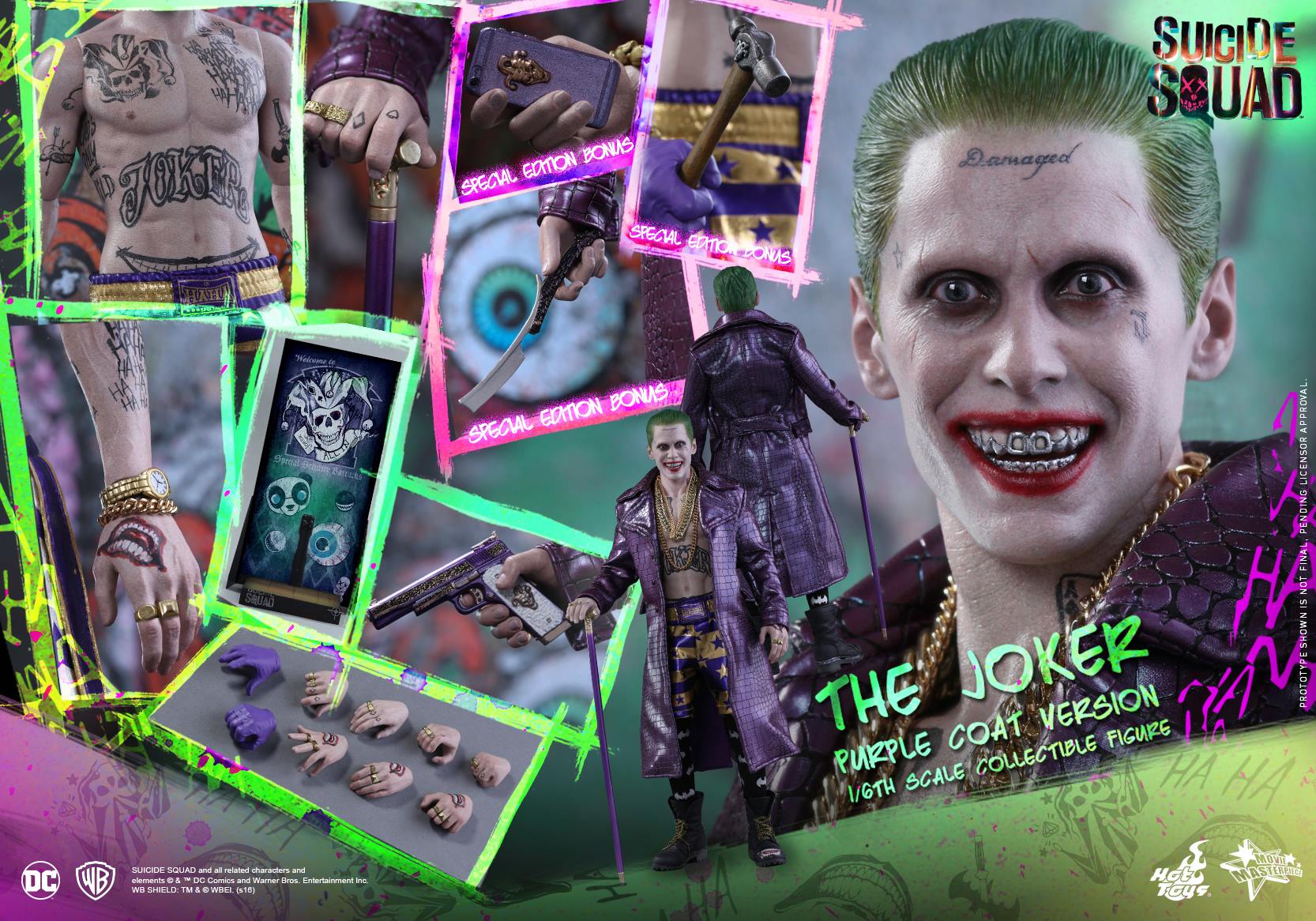