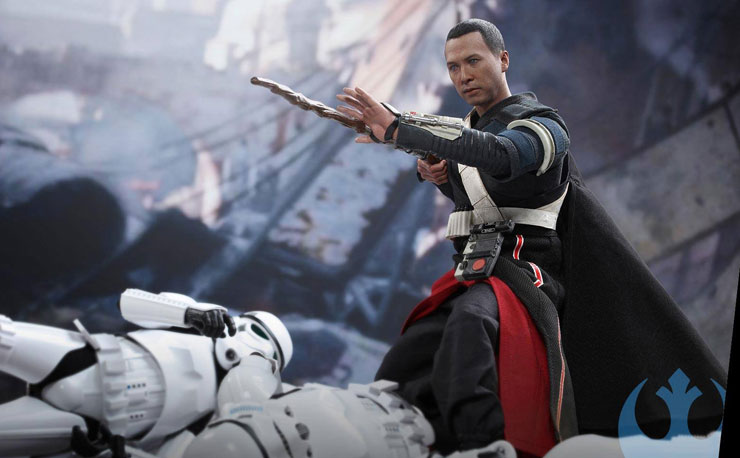 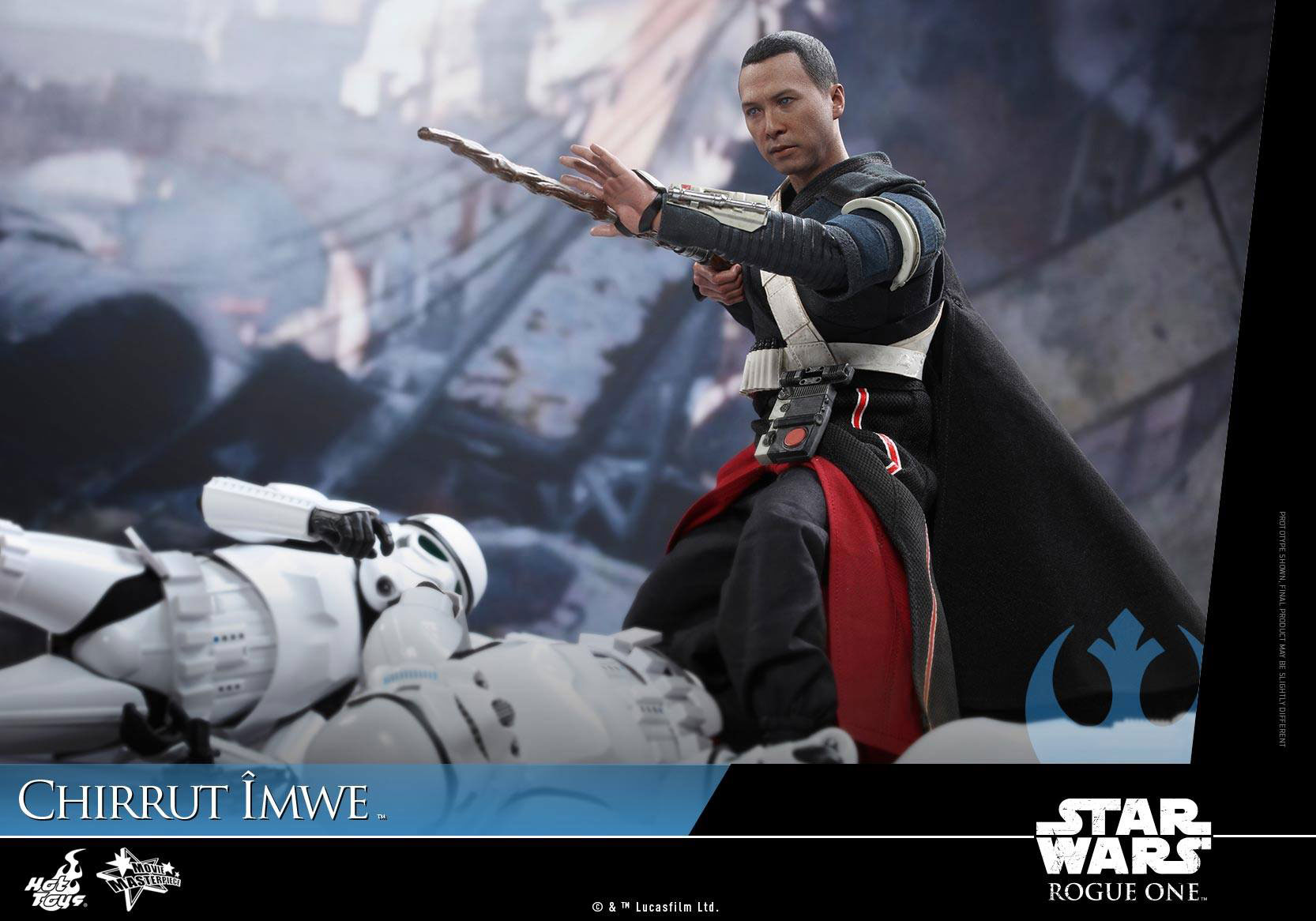 With the release of Rogue One: A Star Wars Story just a few days away, here’s a closer look at the Star Wars Rogue One Chirrut Imwe Sixth Scale Figure courtesy of official images from Hot Toys.

Based on actor Donnie Yen’s portrayal of the blind Rebel warrior in the latest Star Wars film, this 1/6 scale collectible figure captures the blind warrior monk from Jedha in action, equipped with a meticulously tailored costume, detailed weapons plus accessories including a staff and a crossbow, and a specially designed figure stand. A Deluxe Version of the Chirrut Imwe figure will also be available in select markets, featuring a diorama figure base with a Stormtrooper helmet and a special package design inspired by traditional Asian art. The figure is set to release in Summer 2017. 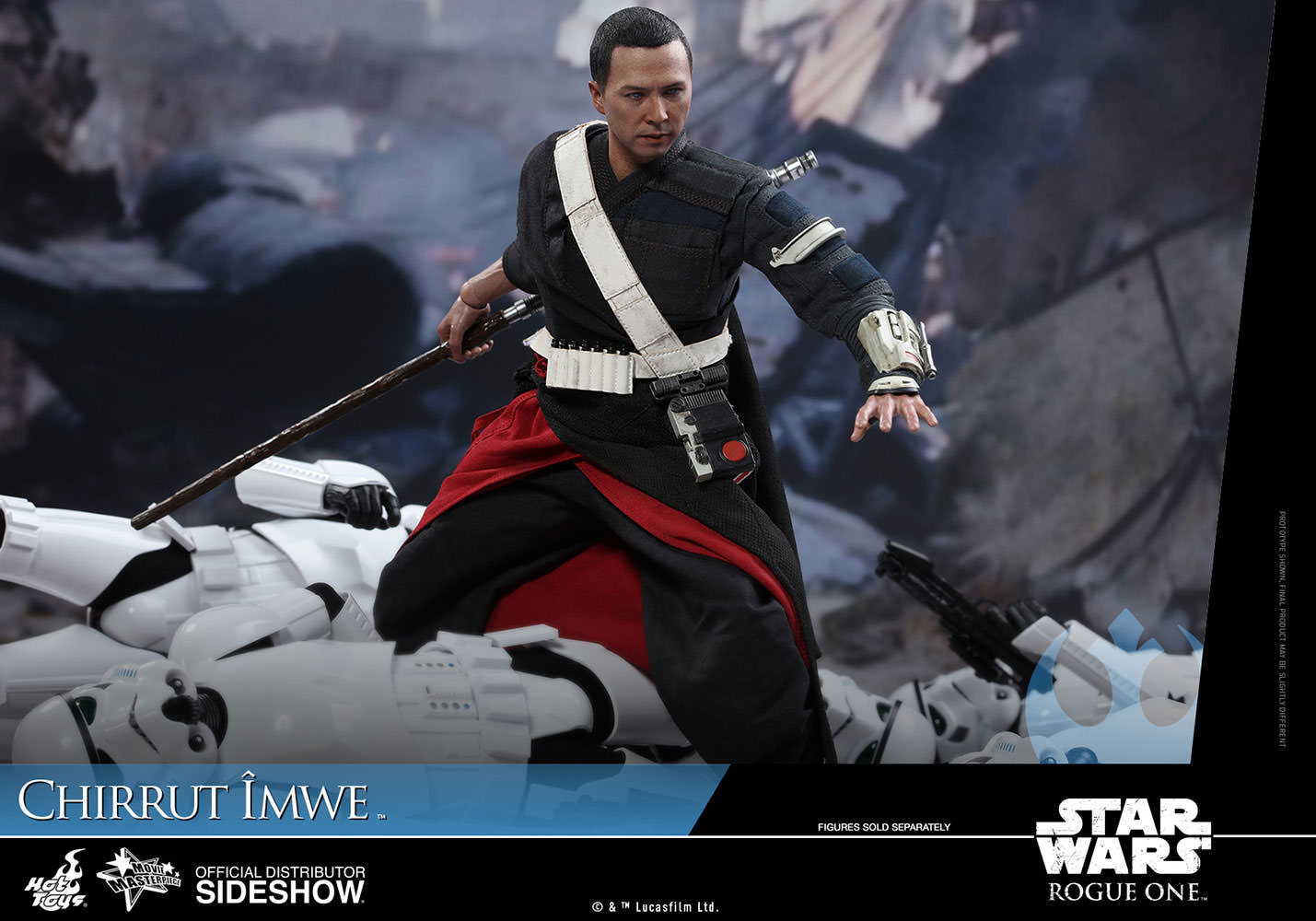 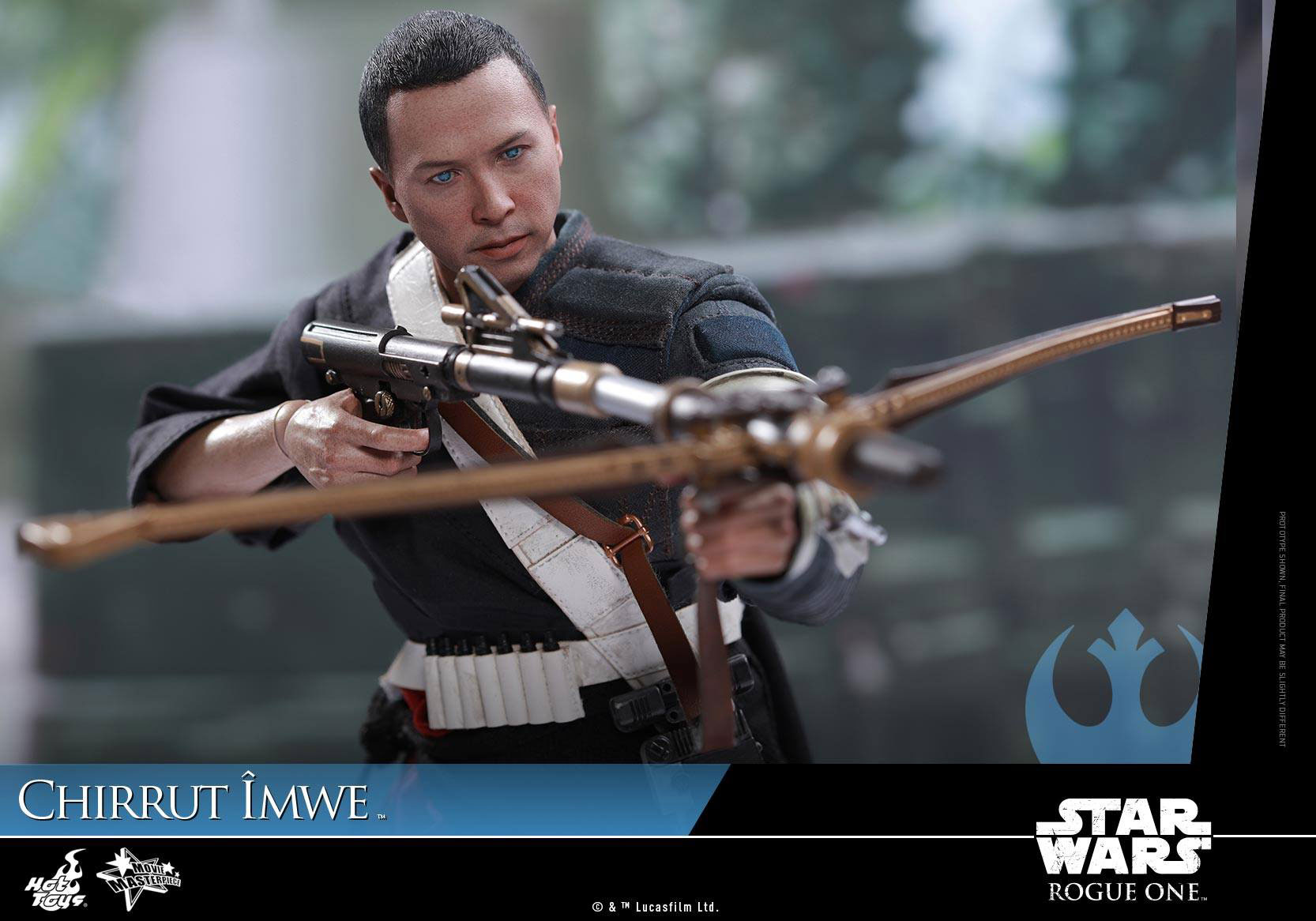 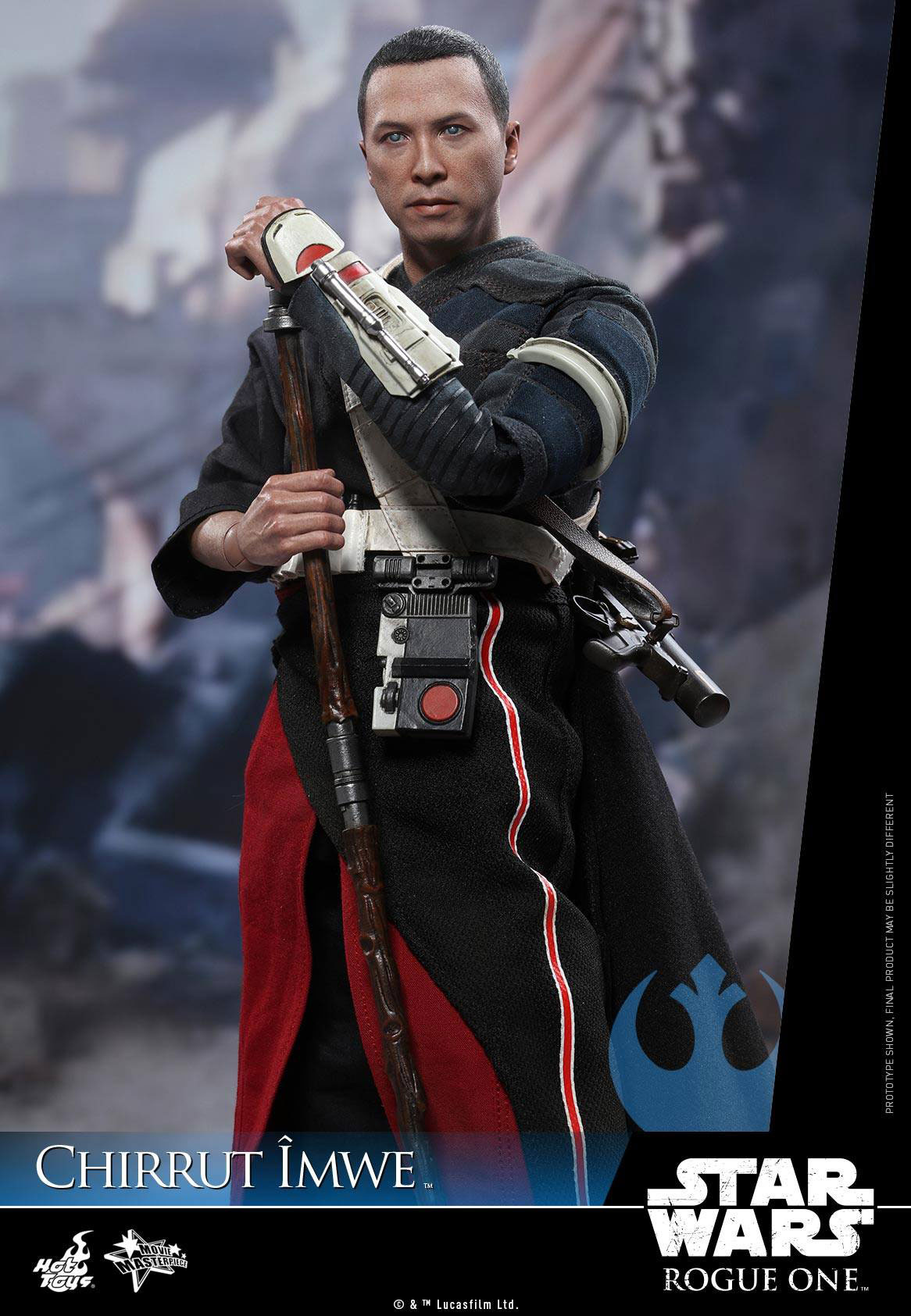 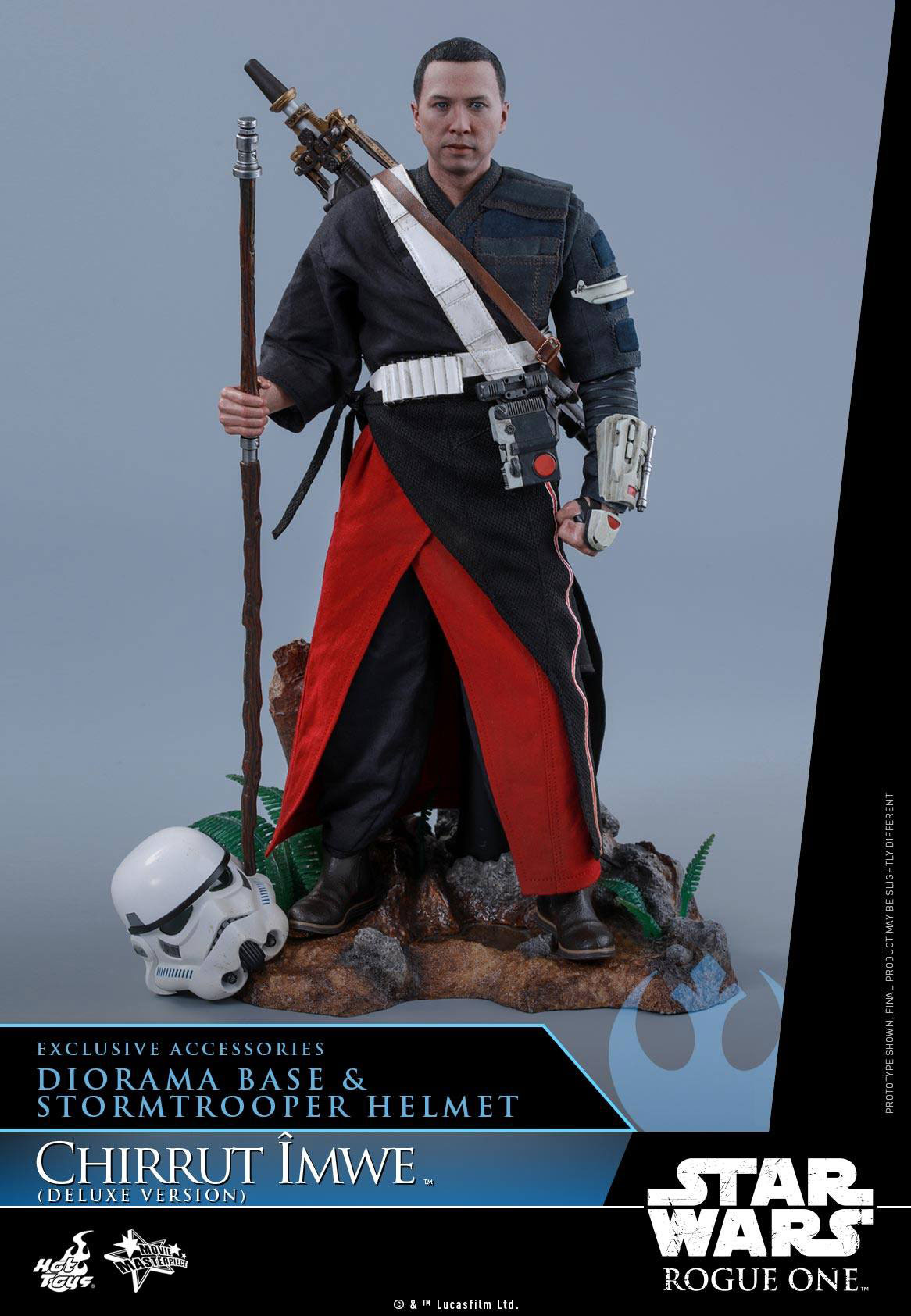 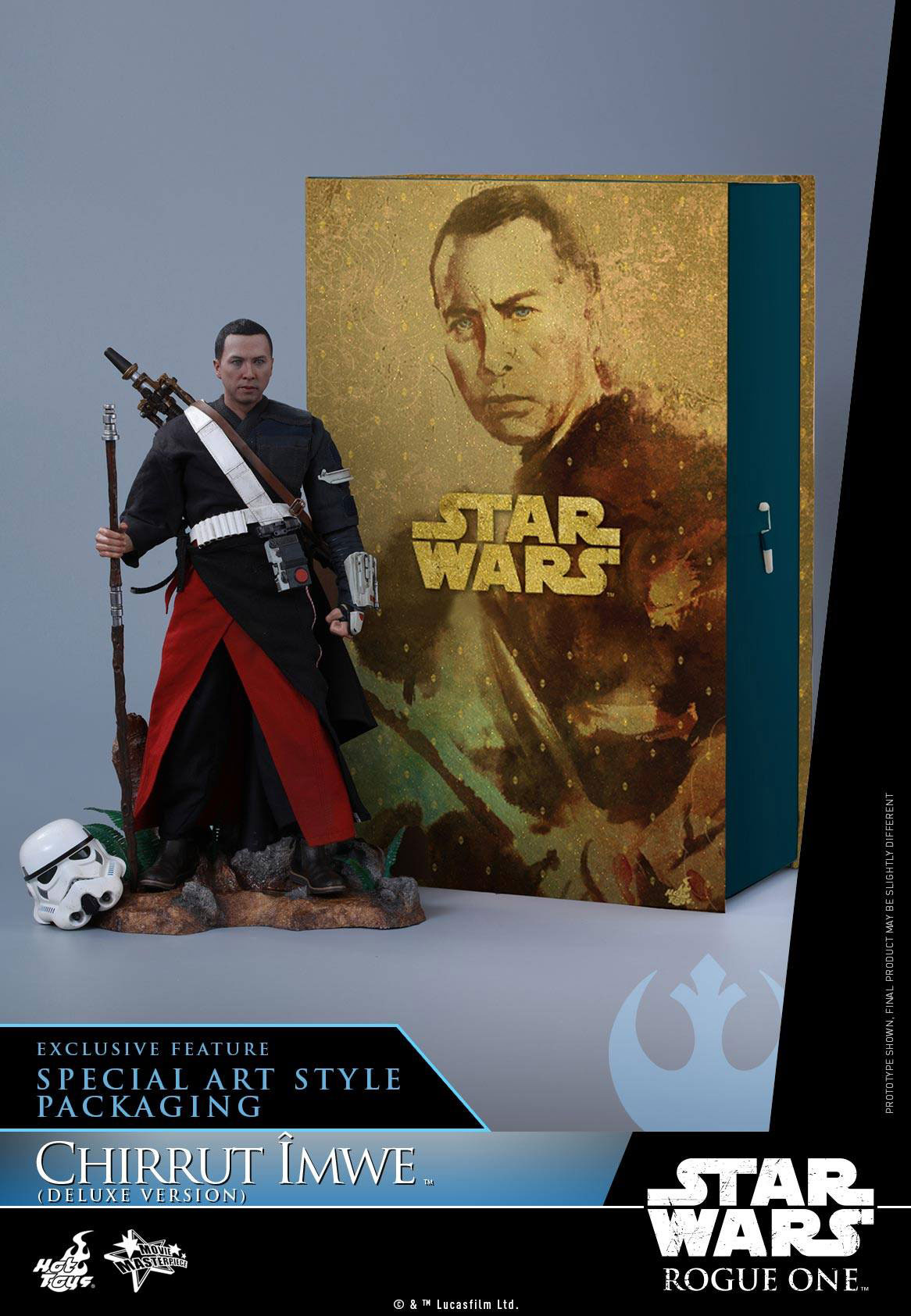 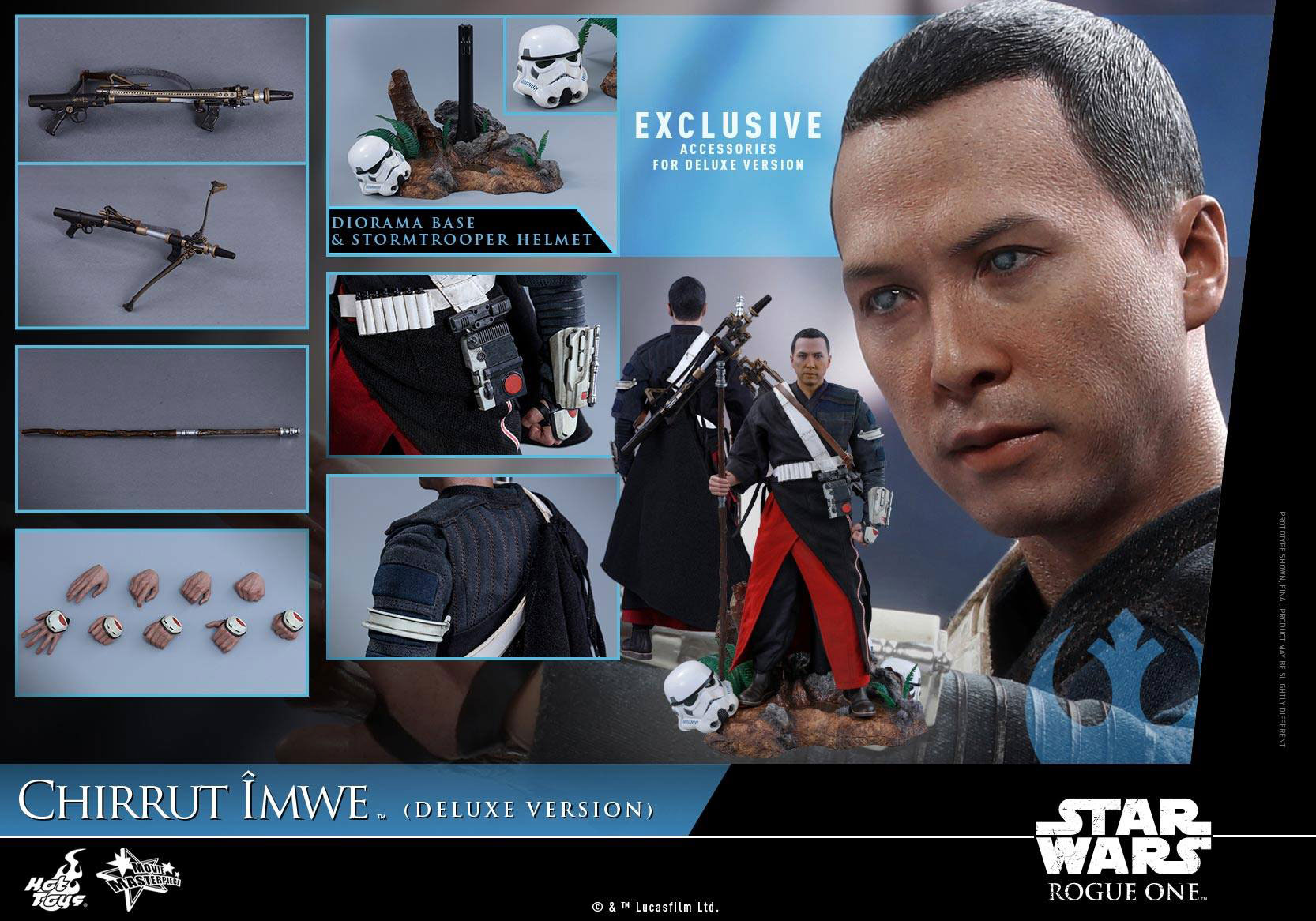