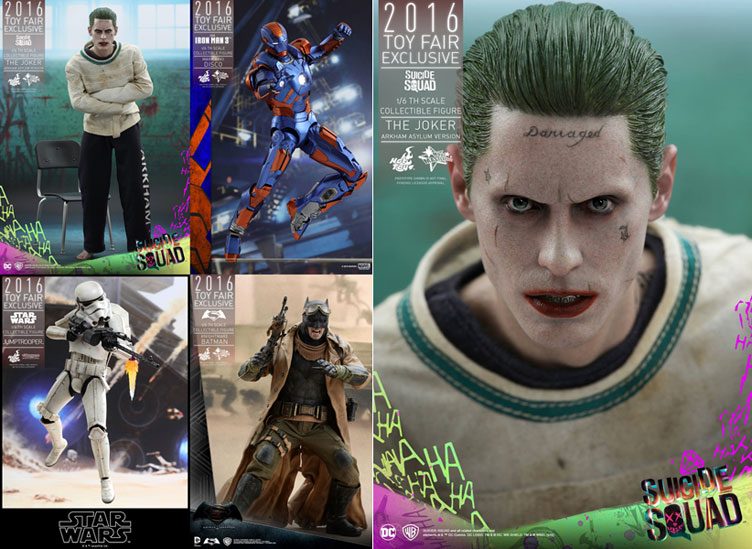 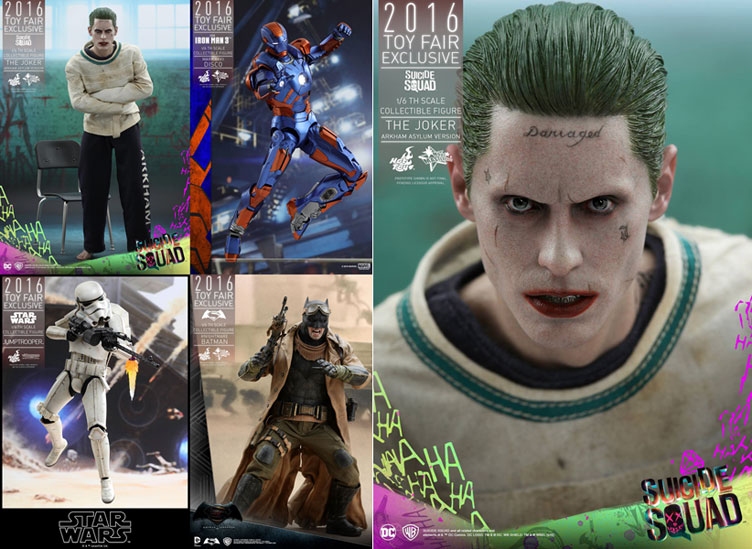 Arriving in time for some of this year’s conventions, Hot Toys has revealed four new 2016 Toy Fair Exclusive sixth scale collectible figures. Included in the assortment is The Joker from Suicide Squad (Arkham Asylum Version), Batman vs. Superman Knightmare Batman, Iron Man 3 Mark XXVII Disco Armor and Star Wars Battlefront Jumptrooper 1/6 scale figures. Each figure looks absolutely stunning with tons of detail in signature Hot Toys style. If you plan on attending any conventions this year, be sure to keep these on your radar. All four figures are also available to pre-order at Sideshow Collectibles. Take a closer look at all four figures with info straight from Hot Toys below. 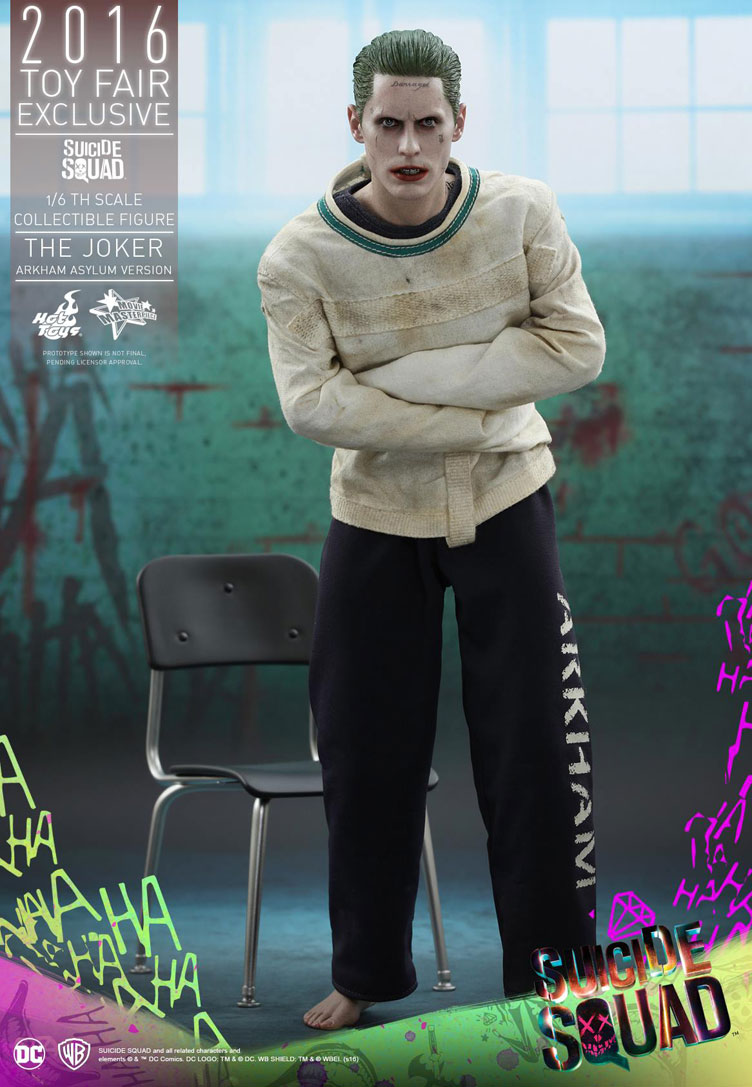 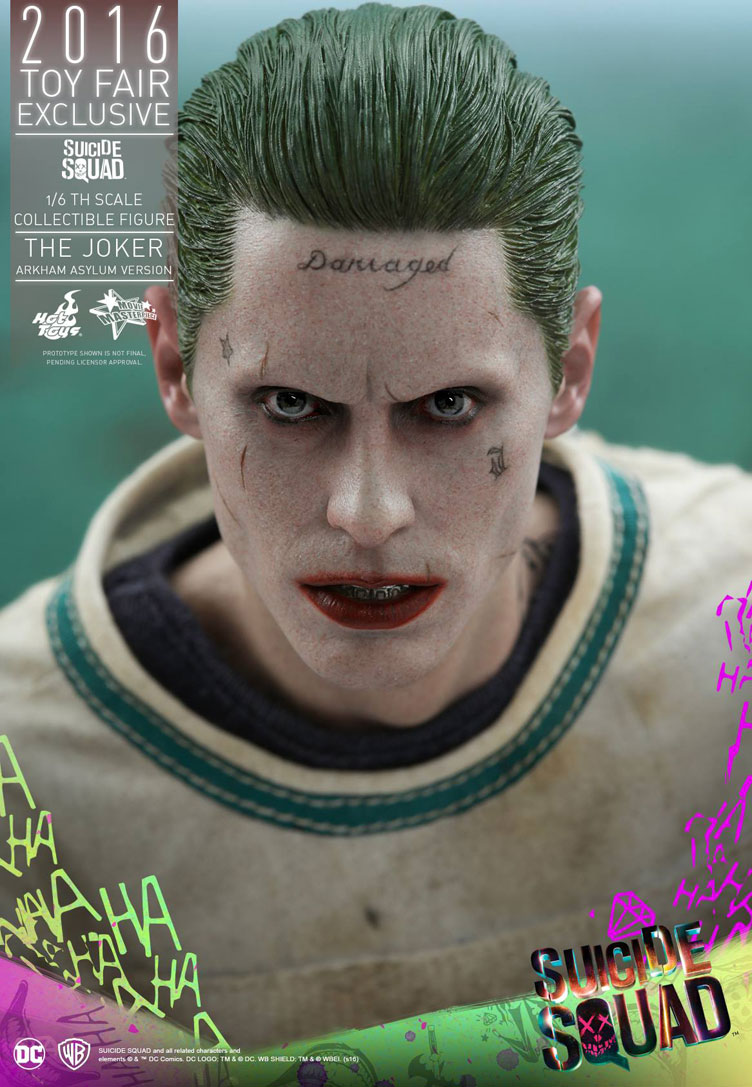 Hahahaha……in DC Comics’ upcoming blockbuster, Suicide Squad, the new portrayal of the infamous Joker has captured many fans attention since the character’s first reveal! As a secret government agency recruits imprisoned supervillains to execute dangerous black ops missions in exchange for clemency and saving the world from an unknown but powerful threat, fans are anxious to see the Joker’s role in the epic summer hit!

Today Hot Toys is very excited to present the first official 1/6th scale collectible figure of The Joker portrayed by Academy Award winner Jared Leto in Suicide Squad and this Arkham Asylum version of Batman’s nemesis will be one of the Toy Fair Exclusive items for this year!

The movie-accurate collectible figure is specially crafted based on Jared Leto’s image as The Joker in his Arkham Asylum outfit in the movie. It features a newly sculpted head sculpt, special paint applications to capture The Joker’s unique appearance, finely tailored straitjacket with weathering effects, and a specially designed backdrop of the Arkham Asylum.

Do not miss the chance to get your hands on the first official 1/6th scale collectible figure of the new Joker from Suicide Squad today! 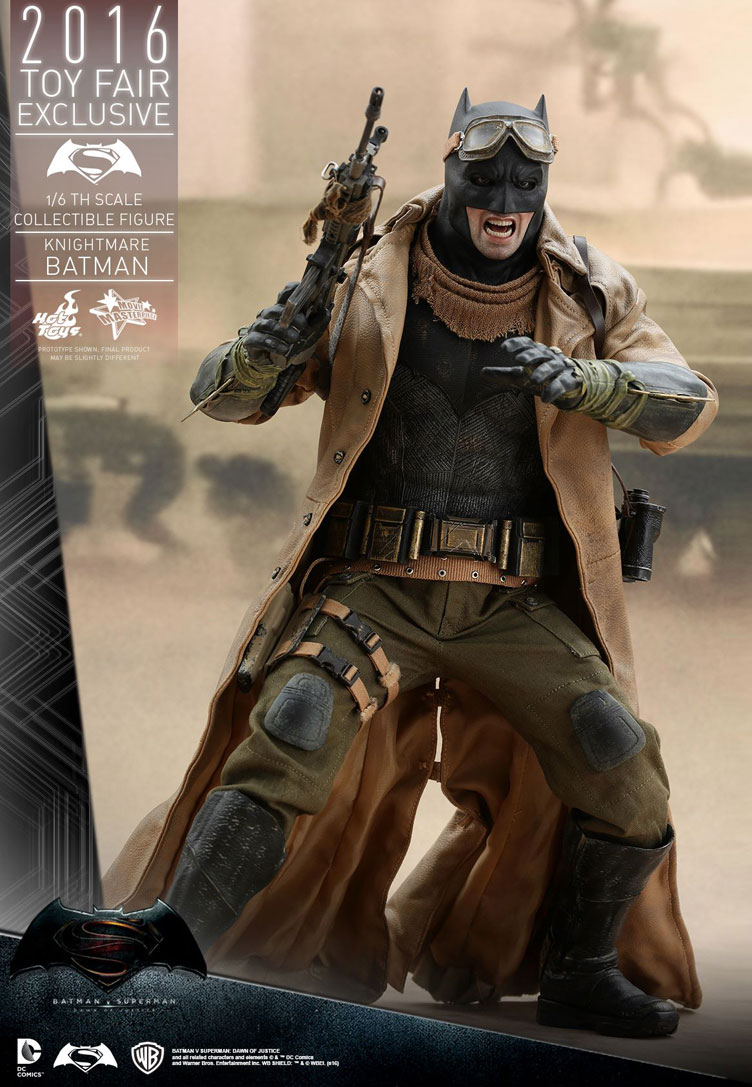 In DC Comics’ blockbuster Batman v Superman: Dawn of Justice, audience and fans were intrigued by the “dream” Bruce Wayne had. Equipped with desert gear and guns, Batman battles waves of Superman’s minions and monsters in an apocalyptic world. Many fans have been anticipating the release of this unique look of Batman and today, Hot Toys is excited to officially introduce the 1/6th scale Knightmare Batman collectible figure as a Toy Fair Exclusive item.

Batman fans shouldn’t miss out on having this new Knightmare Batman collectible figure in your prized collection! 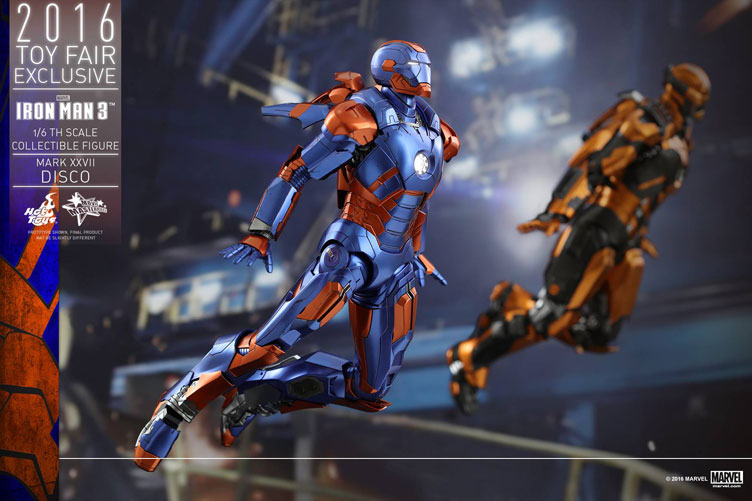 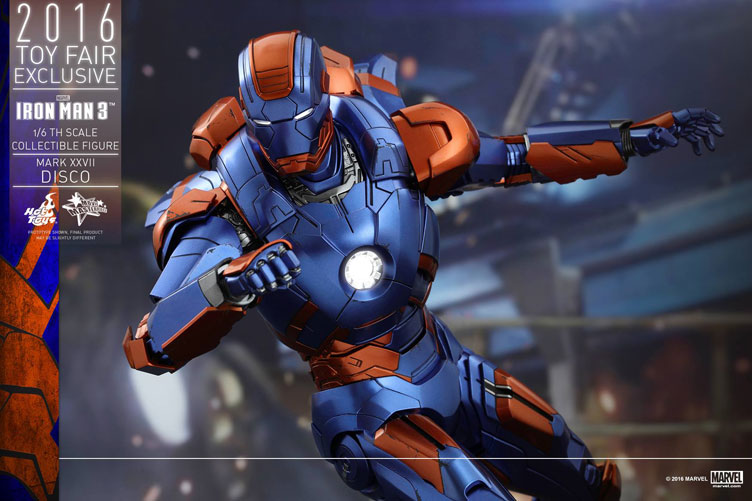 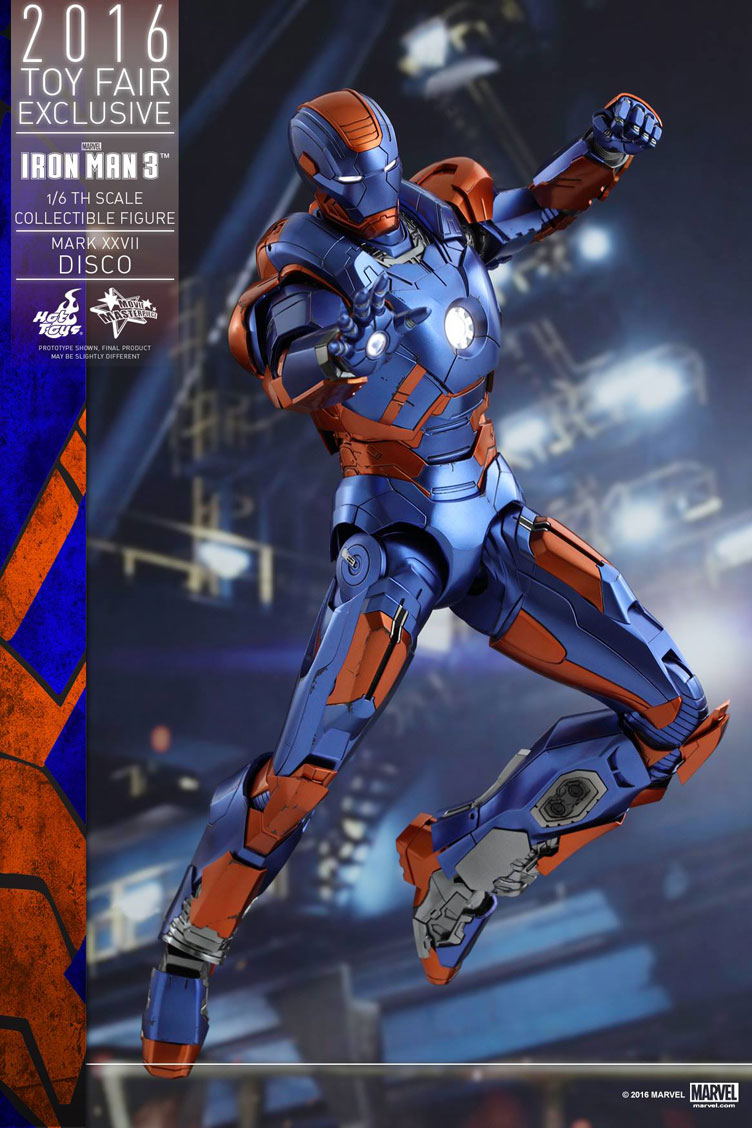 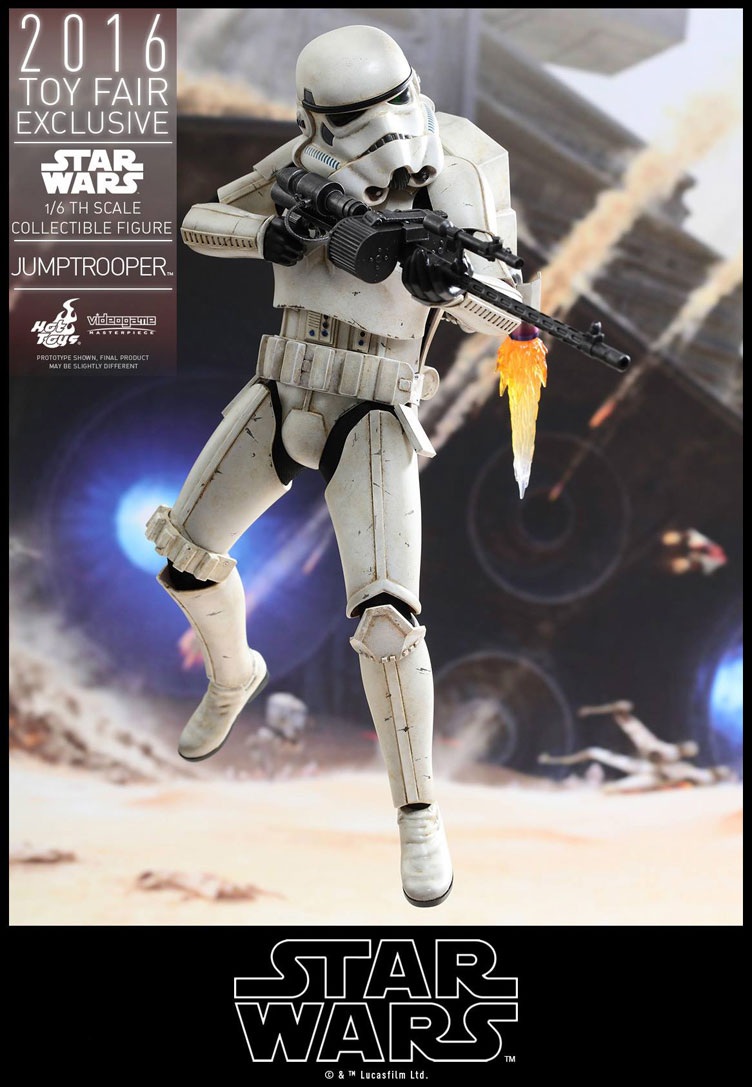 Star Wars fans don’t pass up on the opportunity to add this special trooper to your display!