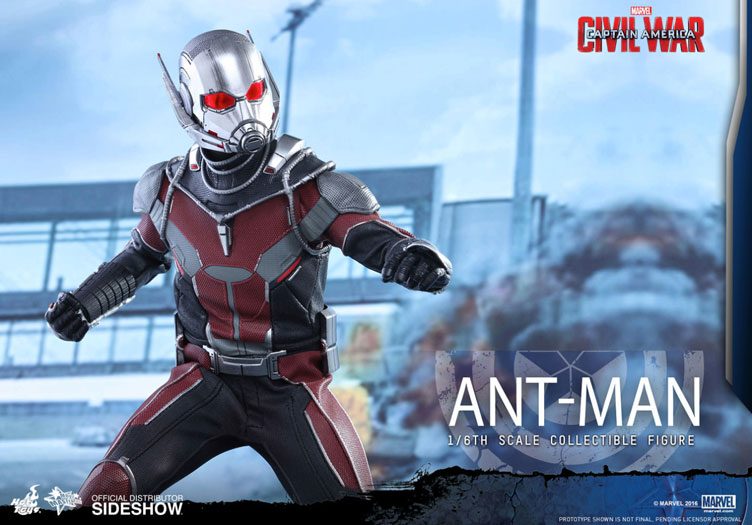 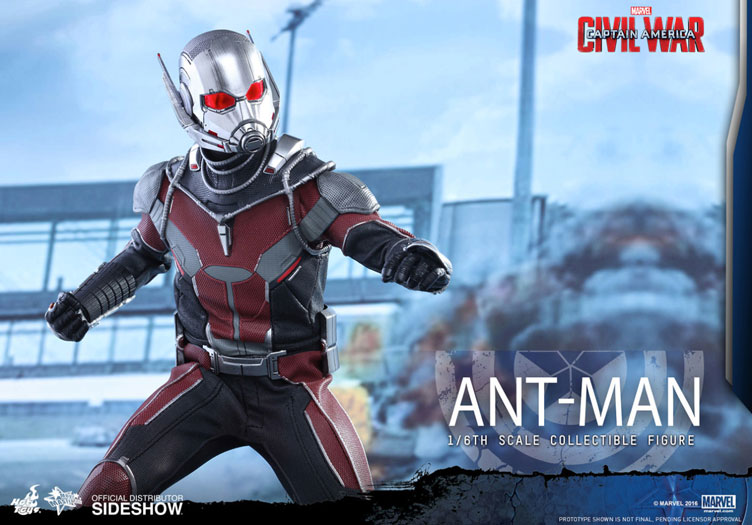 Other nifty accessories include 6 interchangeable gloved hands, plus specially tailored costume, a pair of silver colored gauntlets and one pair of black boots. A miniature Ant-Man that measures approximately 2.9 cm tall is even included as a shrunken sidekick. Completing the collectible figure is a Captain America: Civil War themed stand with his nameplate and the movie logo included for perfect posing opportunities.

The Captain America: Civil War Ant-Man Sixth Scale Figure by Hot Toys is available to order at Sideshow Collectibles with an expected ship date of Sept-Nov 2016. 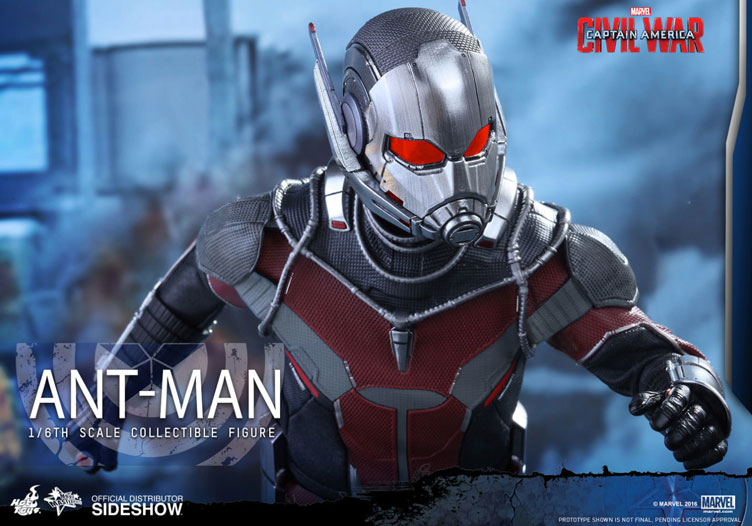 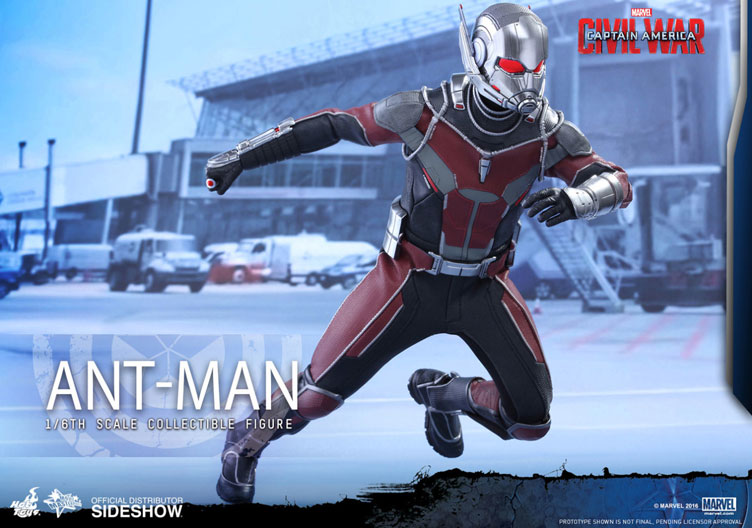 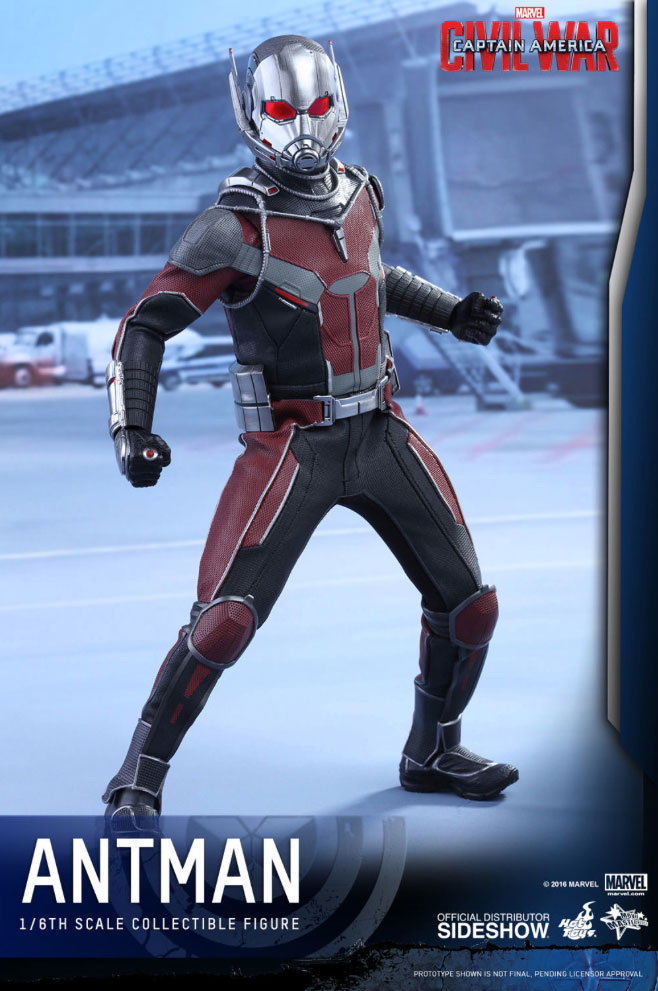 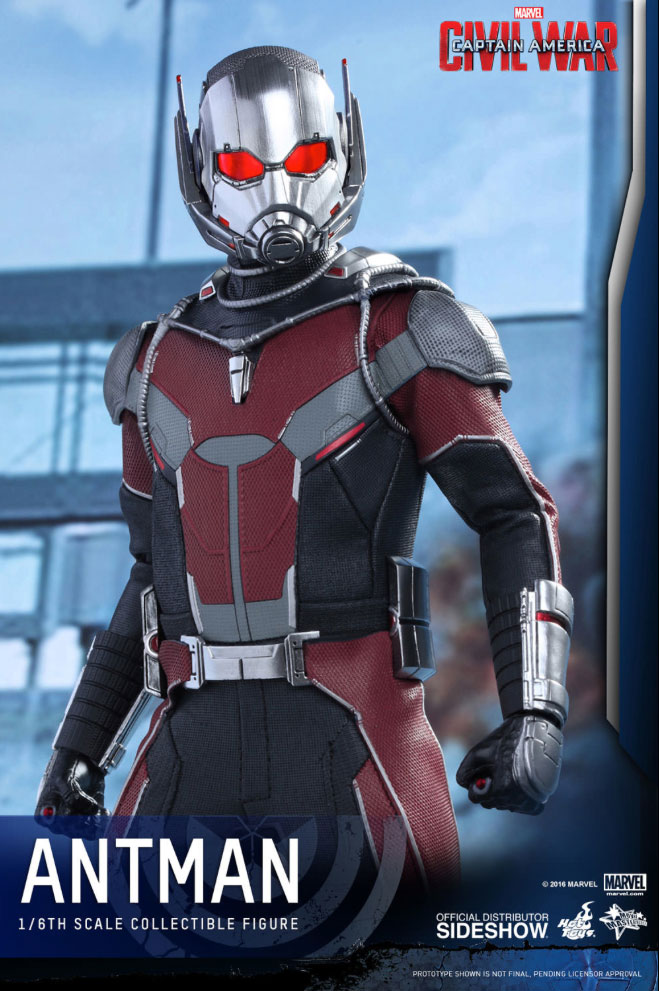 Posted on May 11, 2016May 22, 2016
The ActionFiguresDaily editorial team researches & features the best new action figures and collectible toys.  ActionFiguresDaily.com may receive compensation if you click a link in this article and buy a product.