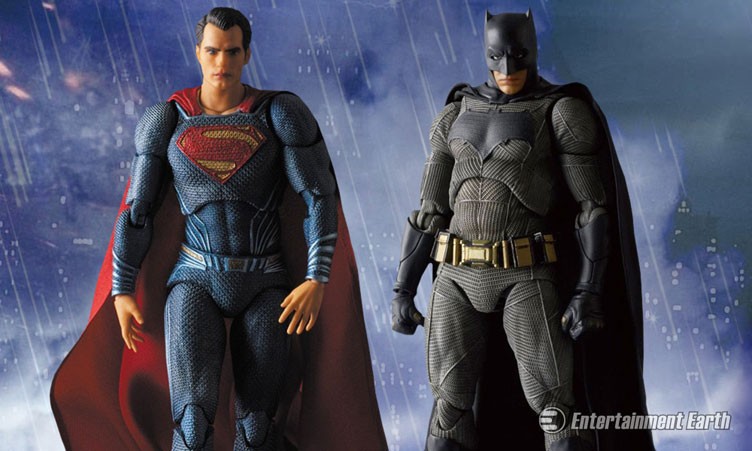 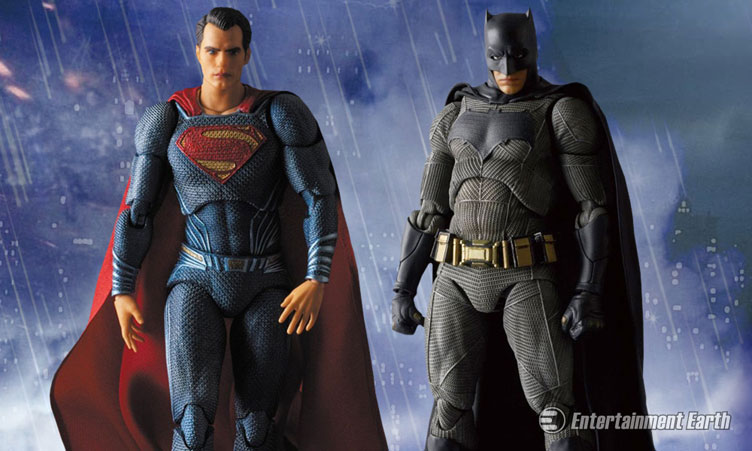 With the biggest and baddest superhero battle of them all about to go down in theatres, Medicom is getting in on the action with these highly detailed Batman vs. Superman: Dawn of Justice MAF EX Action Figures.

Bearing striking resemblances to both characters in the upcoming film, the Batman action figure is modeled after Ben Affleck while the Superman toy collectible looks almost identical to Henry Cavill who plays the Man of Steel in the movie.

Both action figures stand at approximately 6 1/2 inches tall with mega muscles, screen-accurate suits, cotton fabric capes, plus interchangeable heads and hands so you can display them in plenty of different poses and battle stances. The Superman figure even comes equipped with a stand so you can make him look like he’s soaring high in the sky.

Take a closer look at both Batman vs. Superman: Dawn of Justice MAF EX Action Figures by Medicom below which are releasing in September 2016 but available to pre-order here. 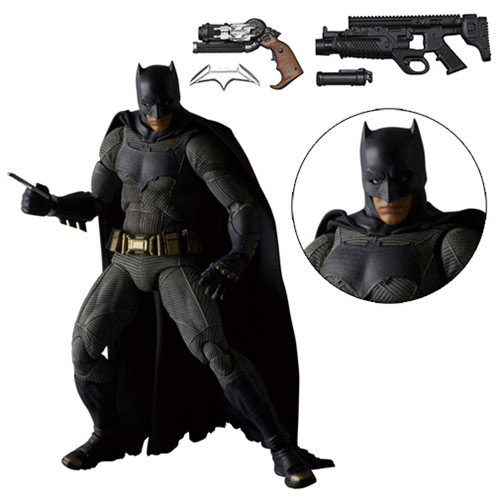 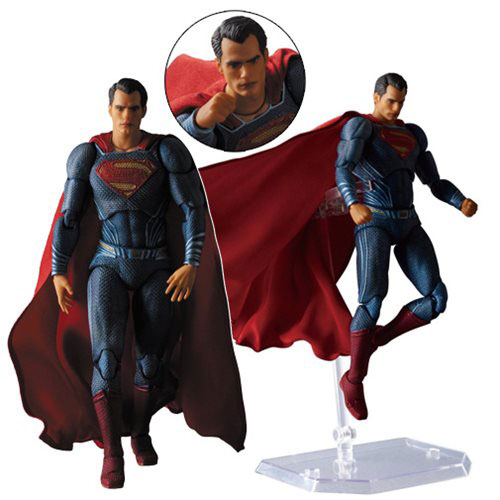