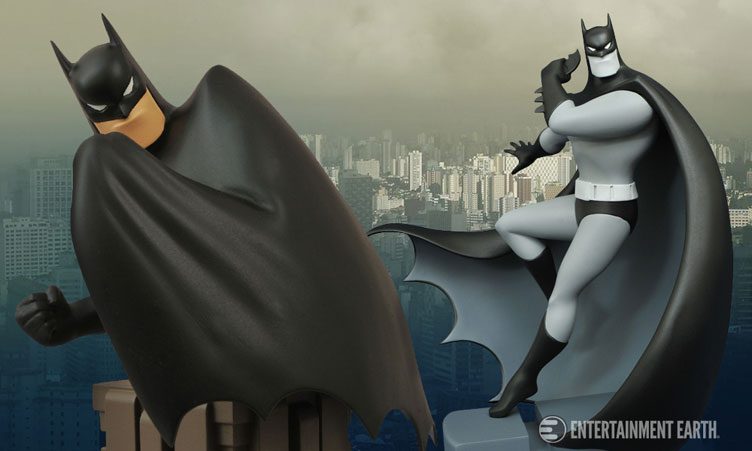 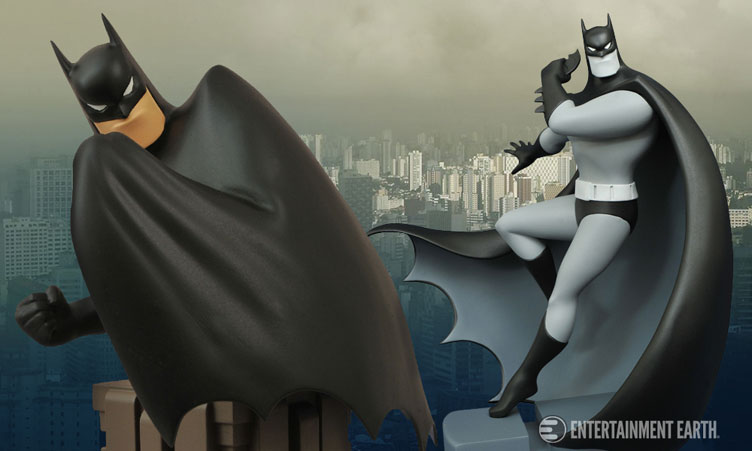 Giving you two different Caped Crusader collectibles to chase after, included is the Batman: The Animated Series Batman Bust that’s reminiscent of the popular cartoon’s Batman logo. The bust is cast in resin, stands 6-inches tall and comes packaged in a full-color box complete with certificate of authenticity (limited to 1,000 pieces). The second SDCC 2016 exclusive is a Batman: The Animated Series Black and White 9-Inch Statue which boasts a monochromatic color scheme that’s based on the Dark Knight’s appearance in the episode “Almost Got ‘Im”. Similar to the SDCC 2016 Batman Bust, this statue comes packaged in a full-color window box, but limited to 2,000 pieces in total.

If you’re headed to Comic-Con in San Diego, be sure to add these two Batman collectibles to your “must-have” list. Not attending? No sweat. Click the links below to pre-order and secure the Batman bust and statue for your collection. Although both items will be first sold at San Diego Comic-Con 2016 in July, the remaining supplies will be shipped following the show with an expected delivery of September 2016. 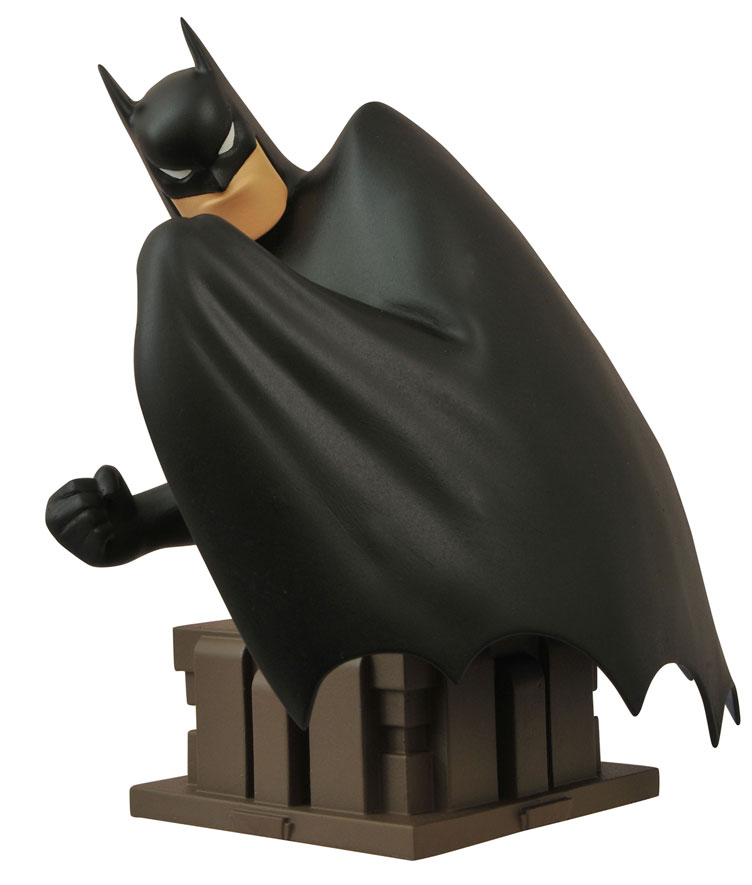 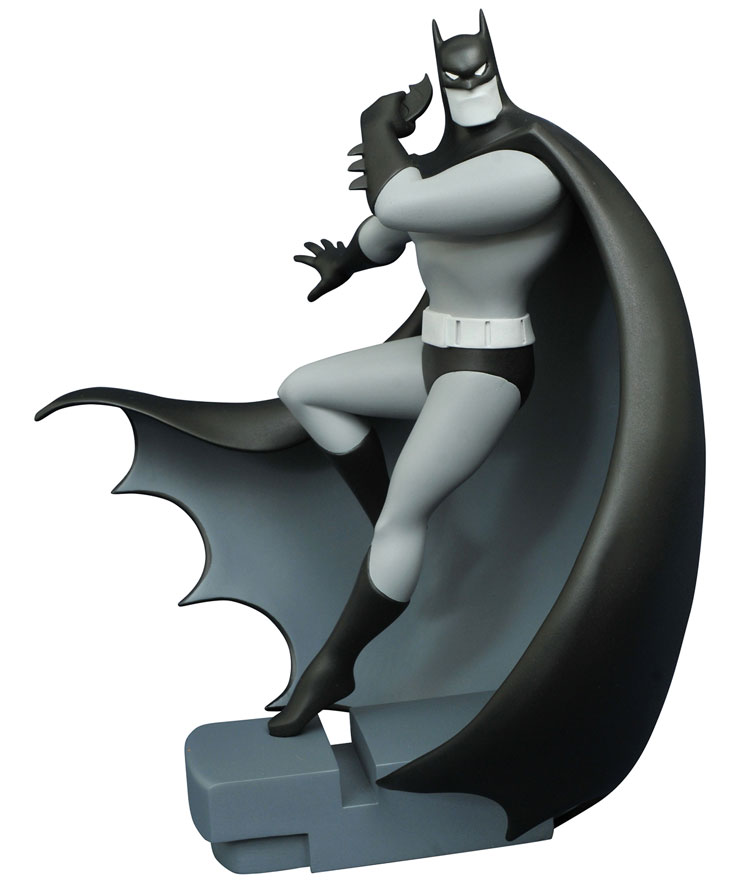