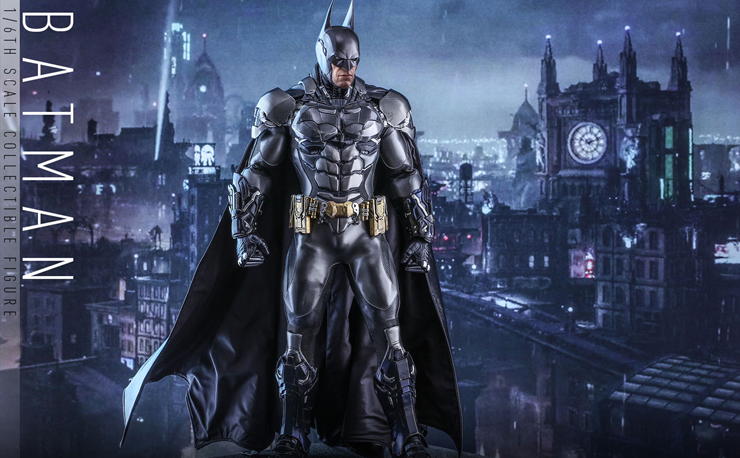 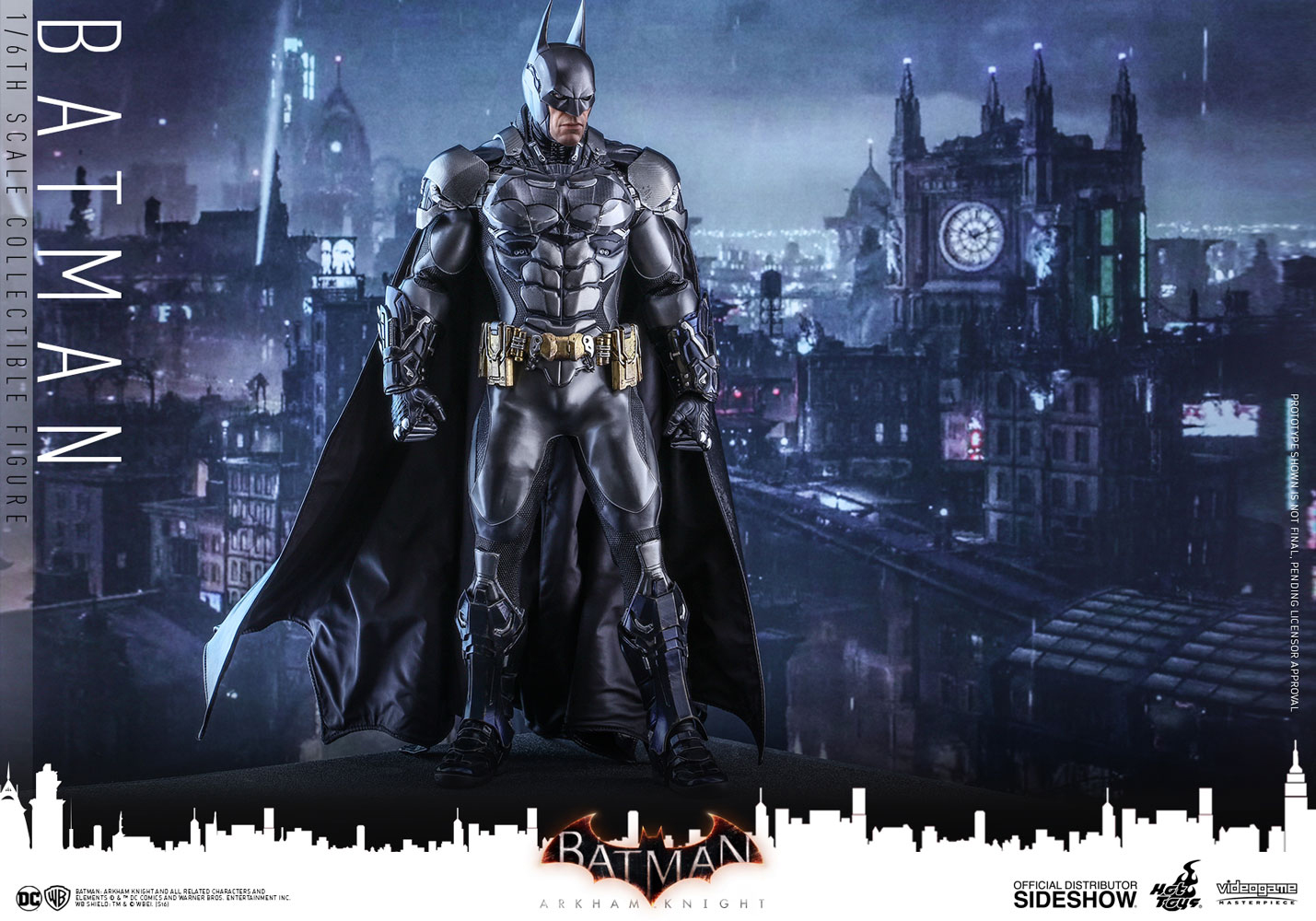 The Batman: Arkham Knight Sixth Scale Collectible Figure by Hot Toys is now available to pre-order at Sideshow.com for fans of the popular video game.

Decked out in an upgraded Batsuit with all kinds of gadgets and weaponry to battle Scarecrow and the rest of Gotham’s criminals, this 1/6th scale Batman figure stands approximately 33cm tall (approximately 35cm tall measuring to tips of cowl), and features over 30 points of articulation. The figure also features a hand-painted head with two interchangeable faces (neutral and angry), along with eight pieces of interchangeable gloved hands, as well as a meticulously tailored multi-layer and multi-texture Batsuit.

As for weapons, Batman comes equipped to combat crime with two Batarangs, one grapnel gun with interchangeable Batclaw and interchangeable part to become a remote electrical charge gun, one explosive gel, one disruptor gun, one freeze grenade, one line launcher, and a voice synthesizer. In addition to all those nifty weapons, a gauntlet projector screen is also included, as well as a specially designed figure stand with game logo and backdrop. Arrival is estimated for Oct 2017 – Dec 2017. 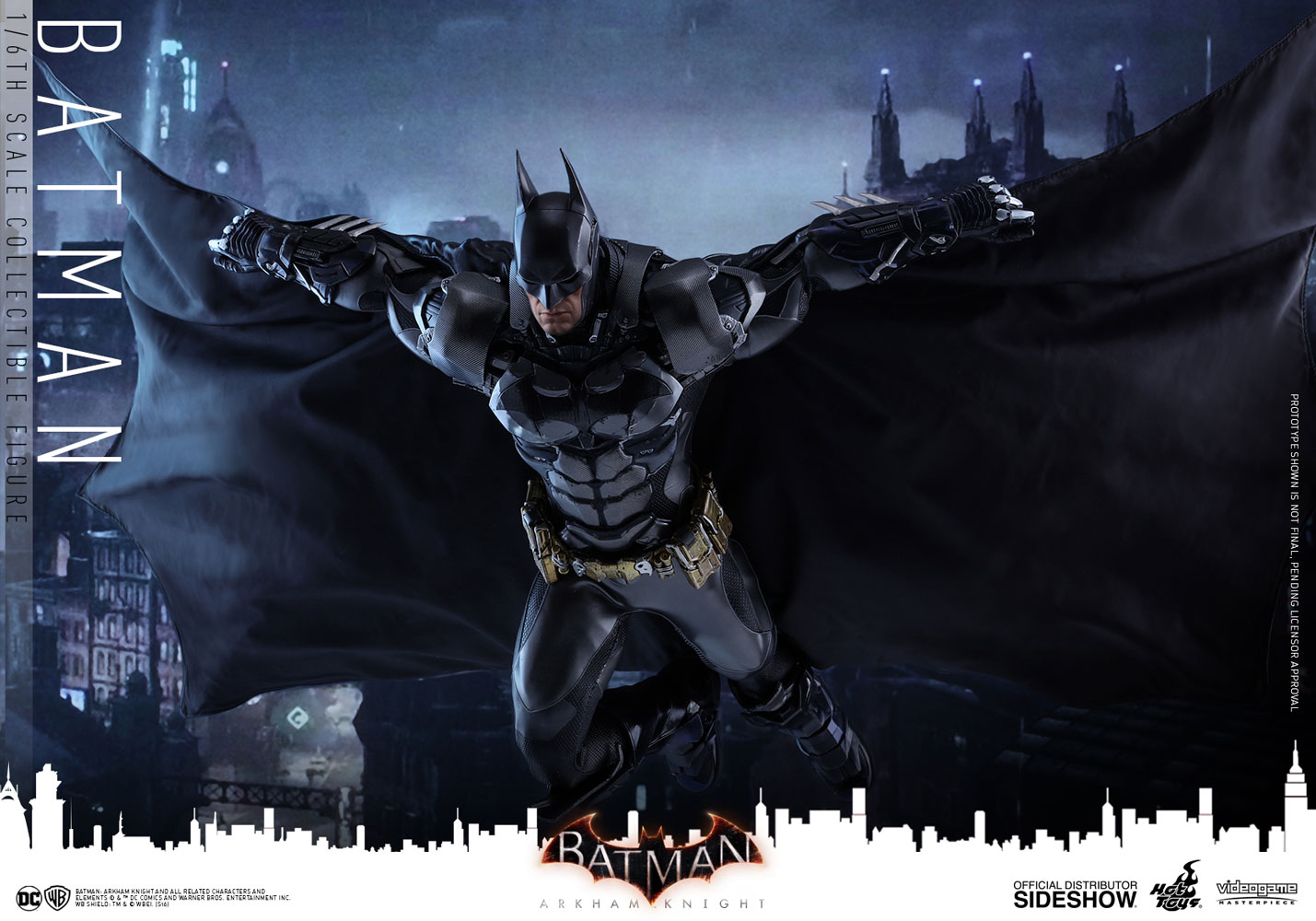 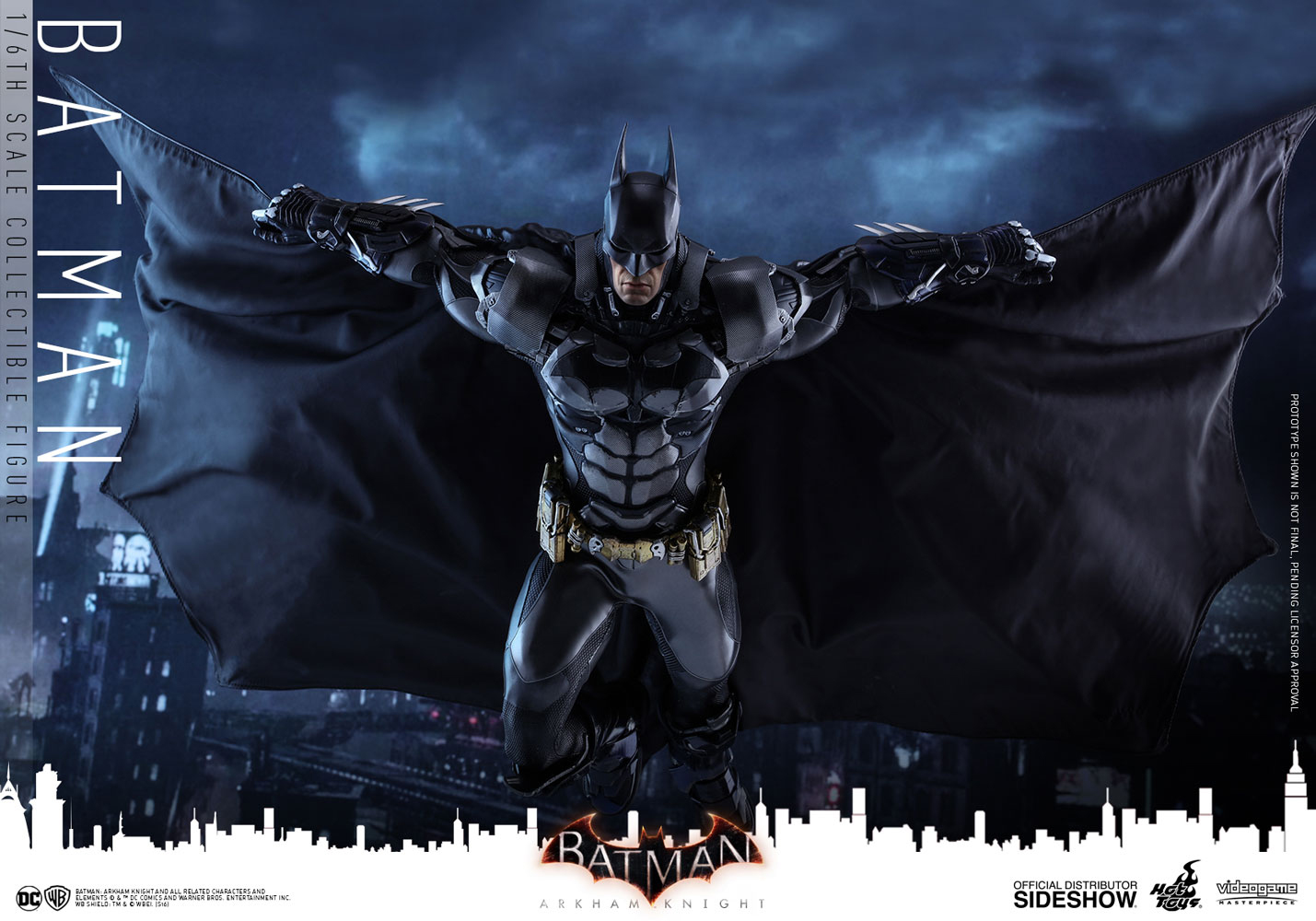 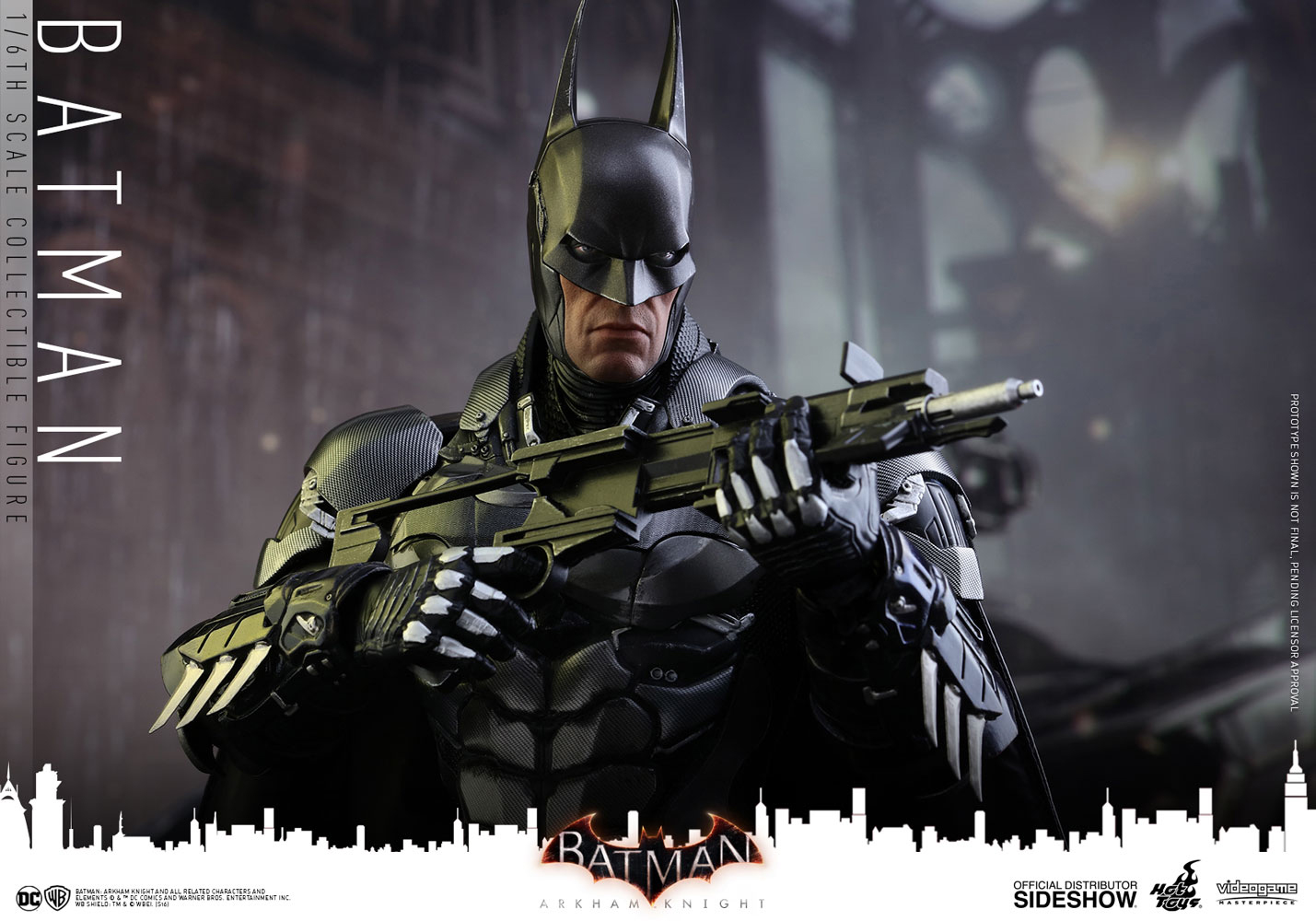 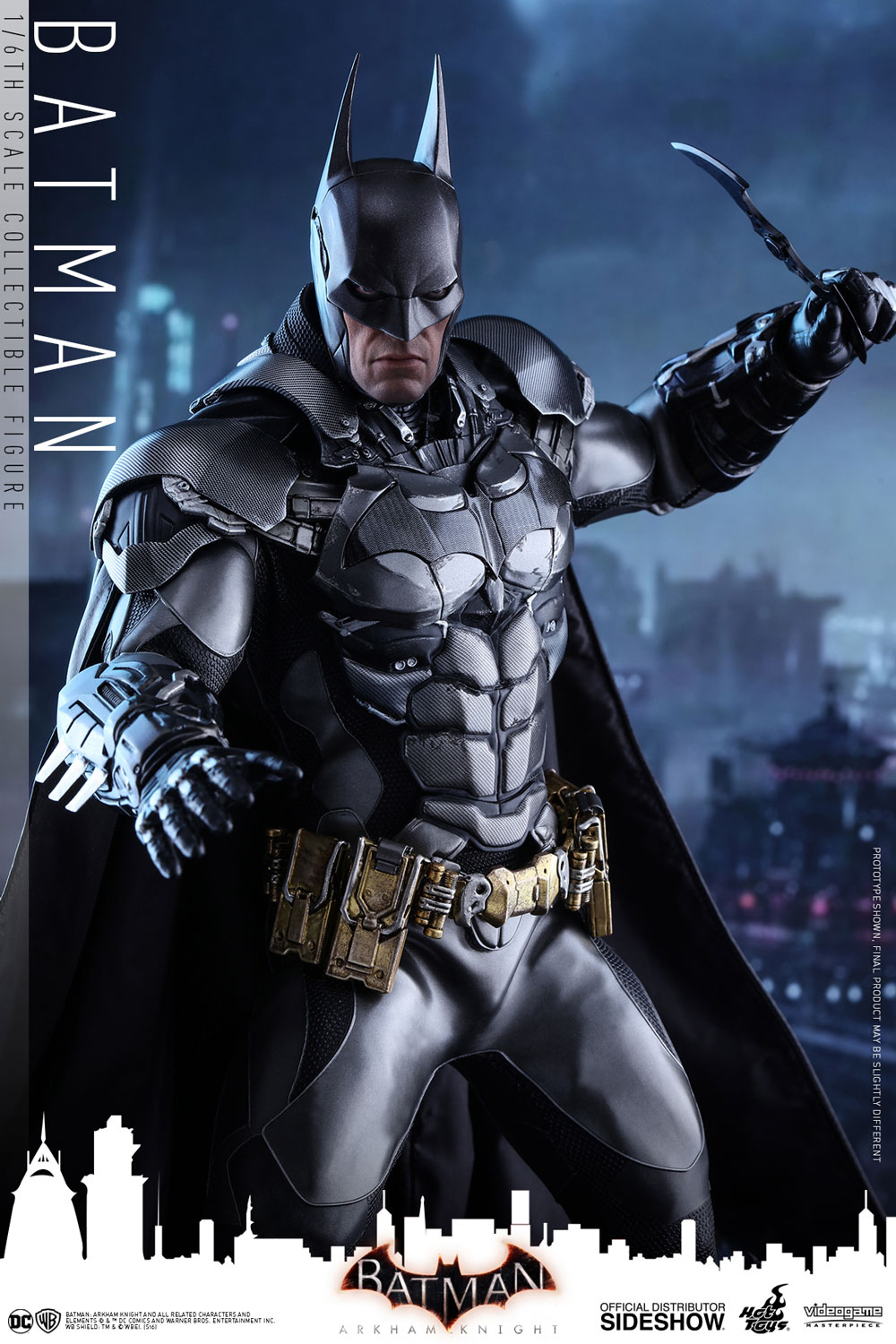 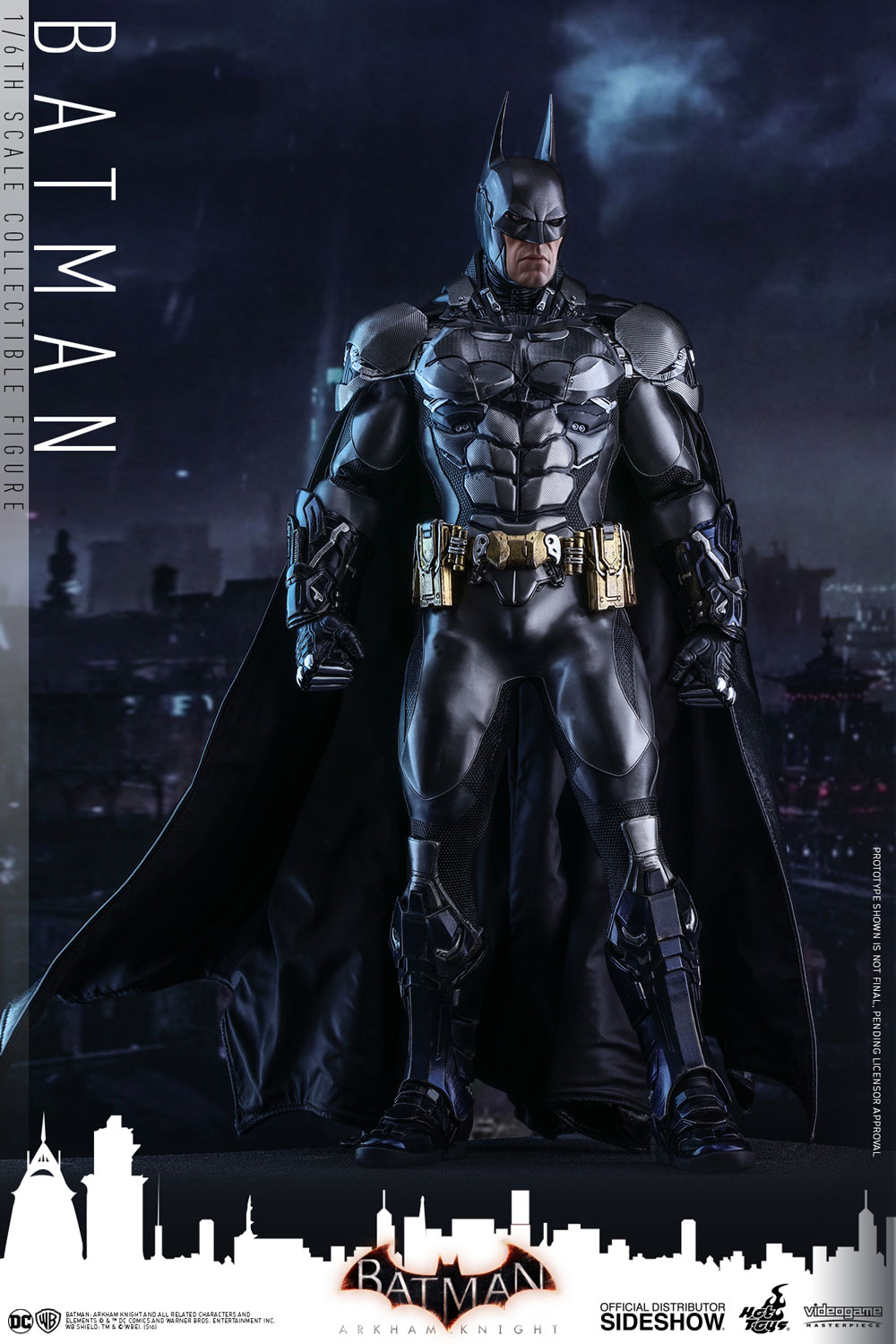 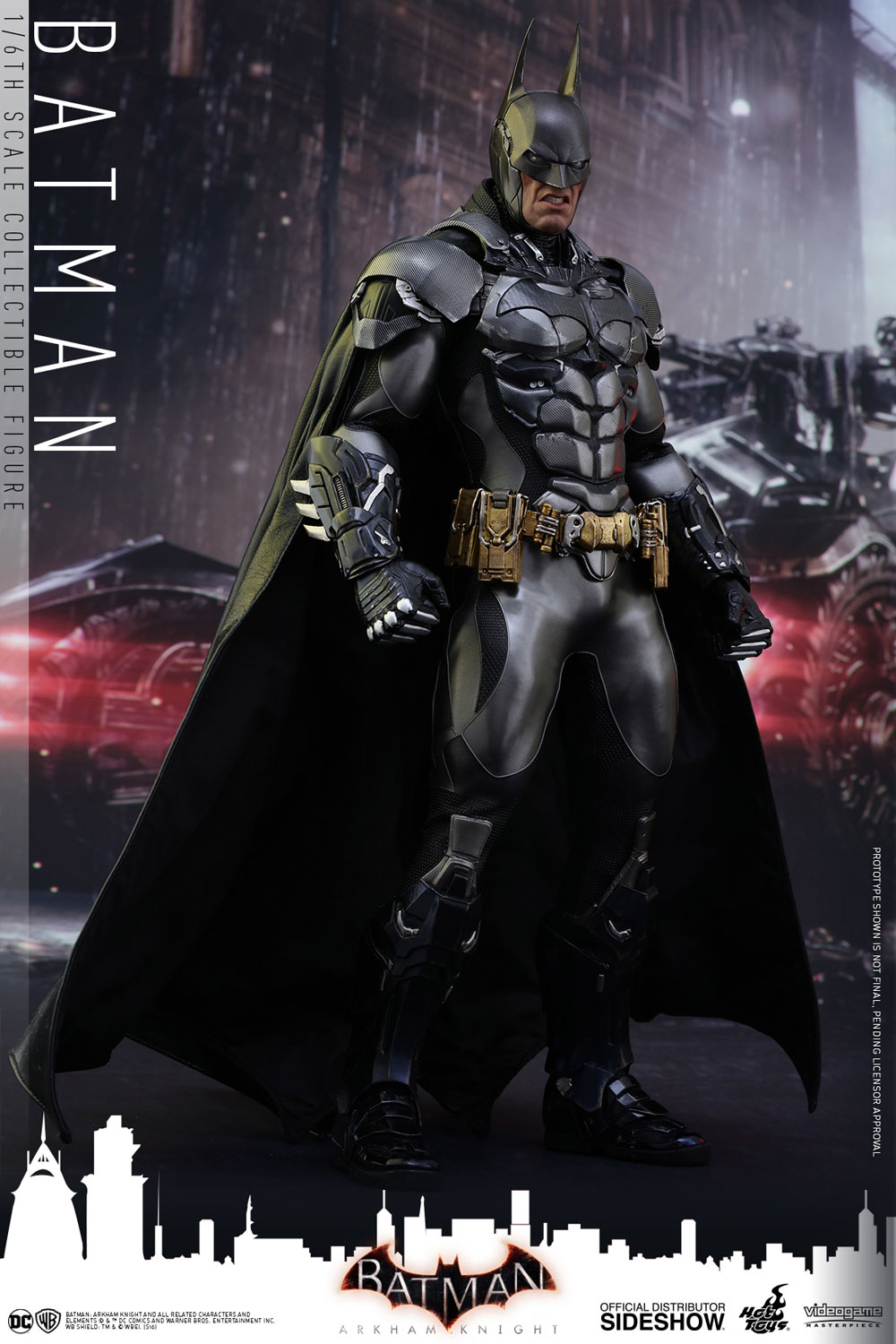 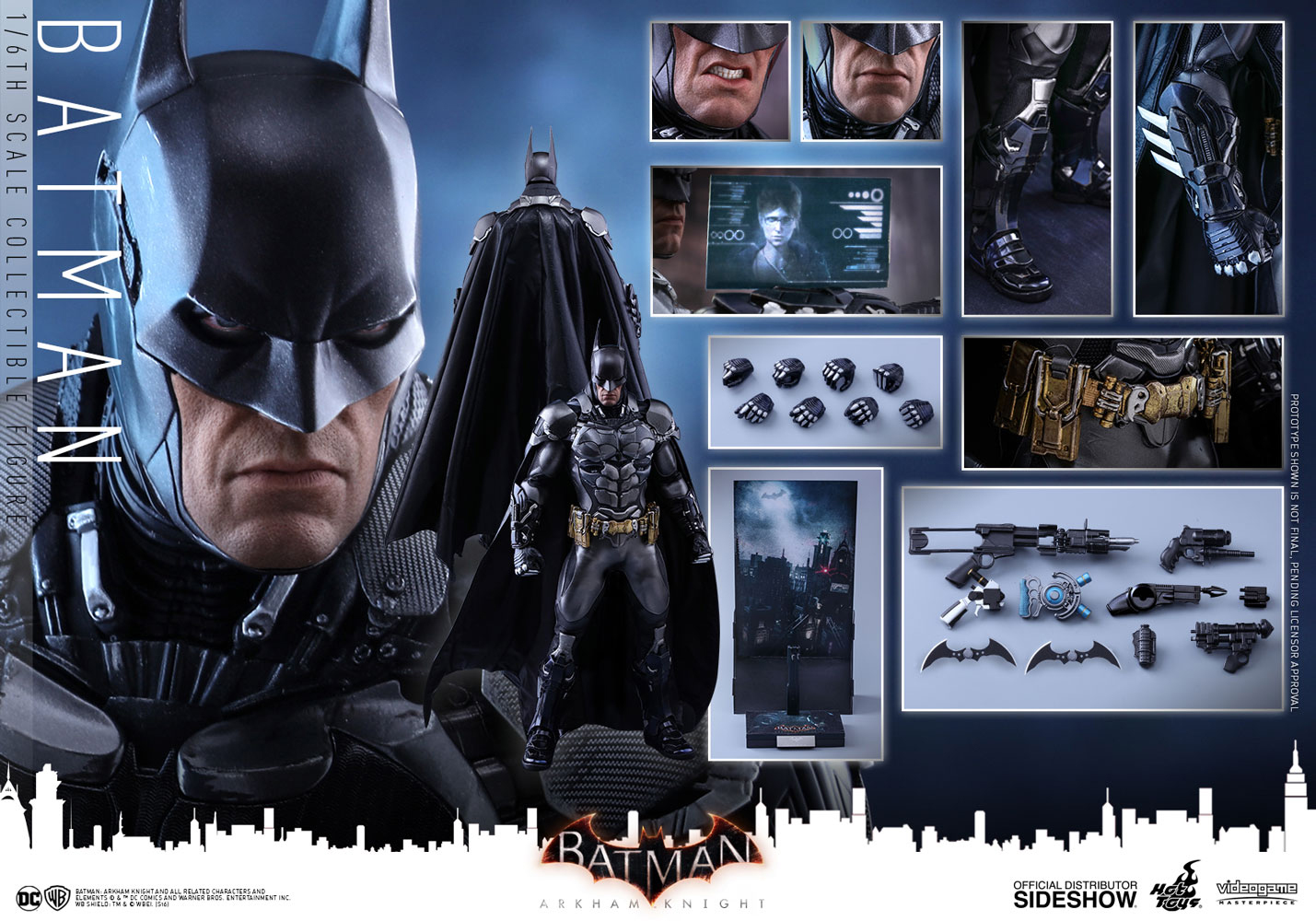