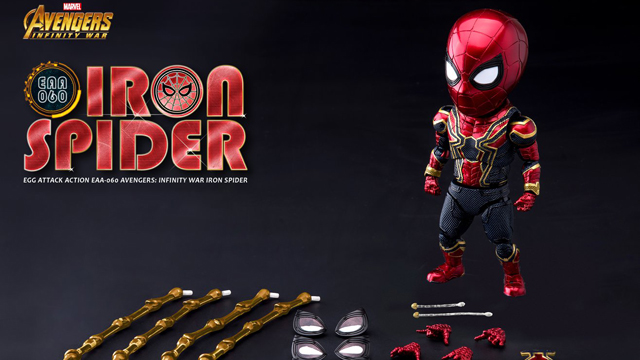 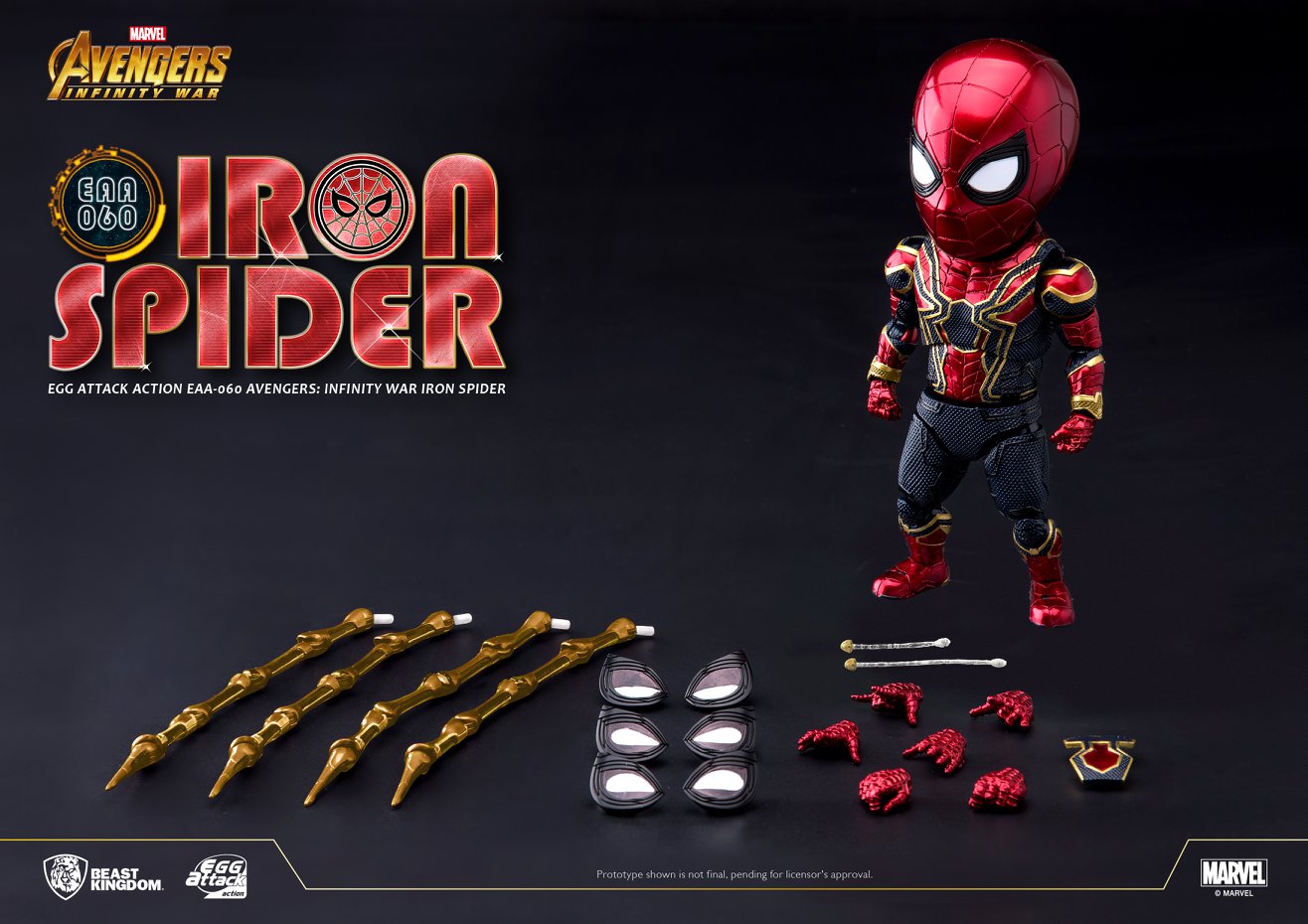 Avengers: Infinity War is one of the biggest movies ever made. The toy world is currently obsessed with all the heroes and product lines that are accompanying the movie event of the year. Beast Kingdom isn’t a widely known company but they produce products that definitely stand out. This Iron Spider Egg Attack EAA-060 Action Figure is a Previews Exclusive. The stylized Iron Spider figure offers more articulation and detail than you would expect from this style of figure. The Beast Kingdom Iron Spider Egg Attack EAA-060 Action Figure is currently available for pre-order and it ships from Entertainment Earth in July.

An unprecedented cinematic journey ten years in the making and spanning the entire Marvel Cinematic Universe, Avengers: Infinity War brings to the screen the ultimate, deadliest showdown of all time. Beast Kingdom has paired up with Marvel to offer fans the Marvel Avengers: Infinity War Iron Spider EAA-060 Action Figure – Previews Exclusive. This Iron Spider Egg Attack figure is made of partial die-cast metal and features a fully articulated body at a small size. Robot arm parts are also included! 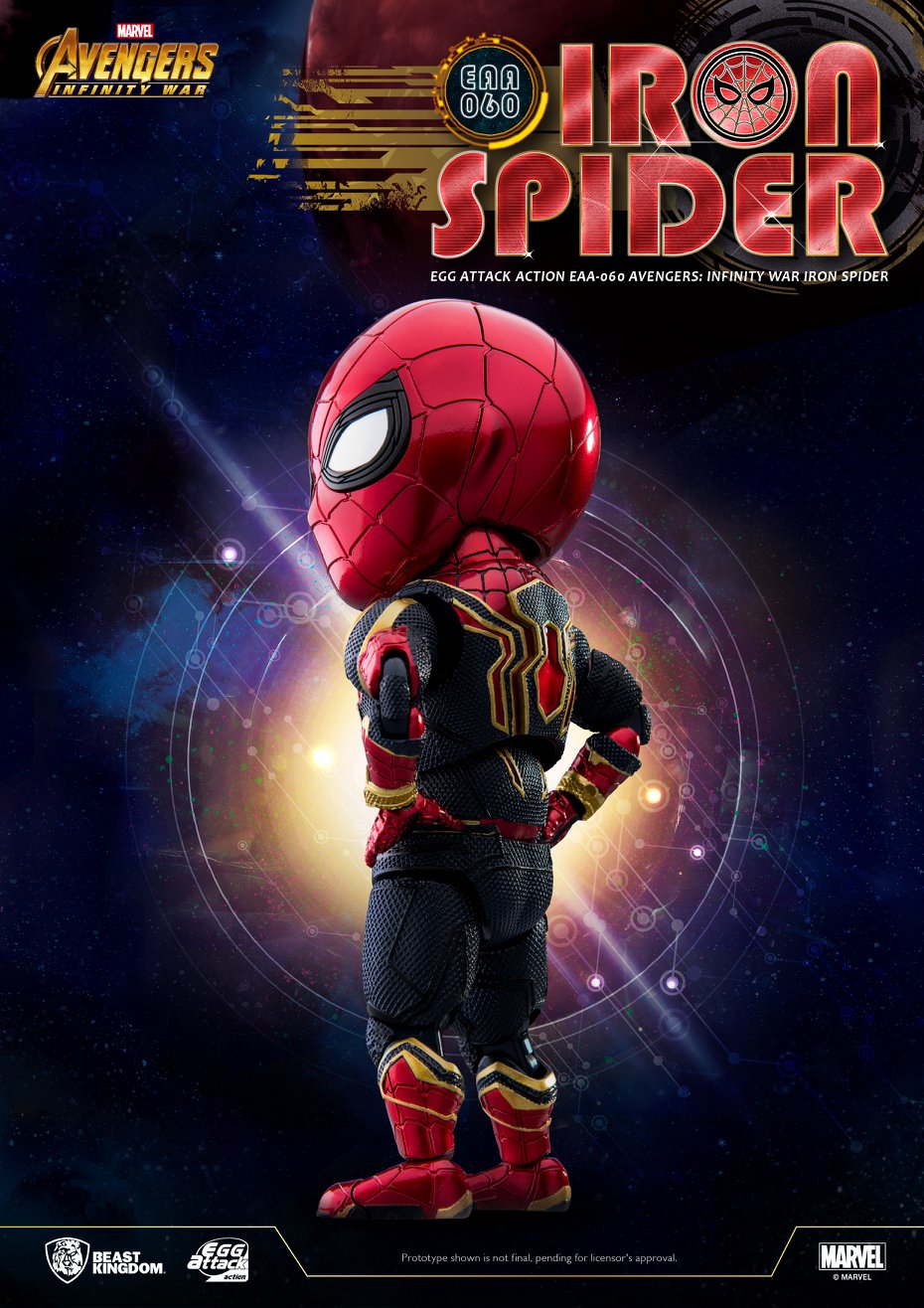 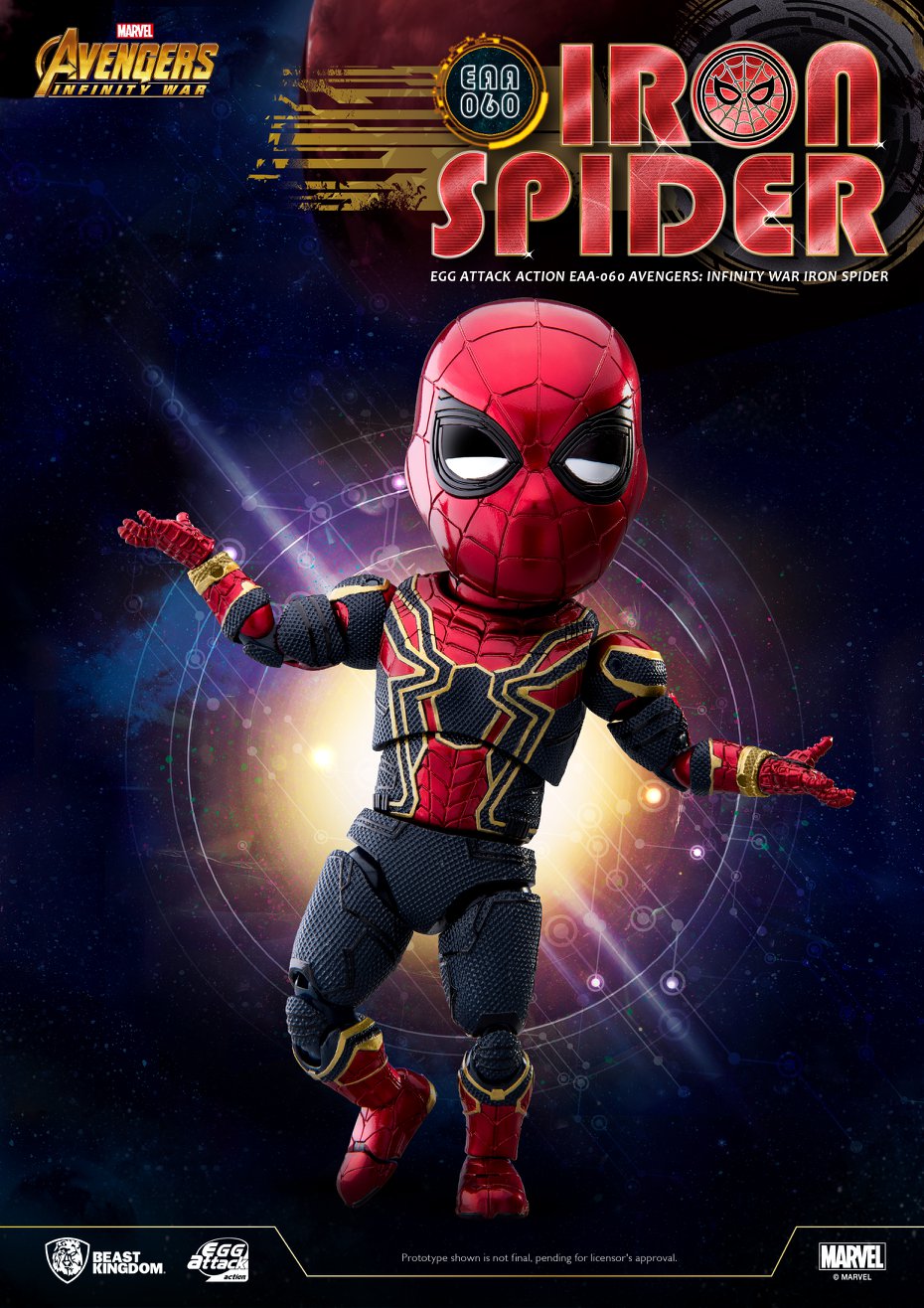 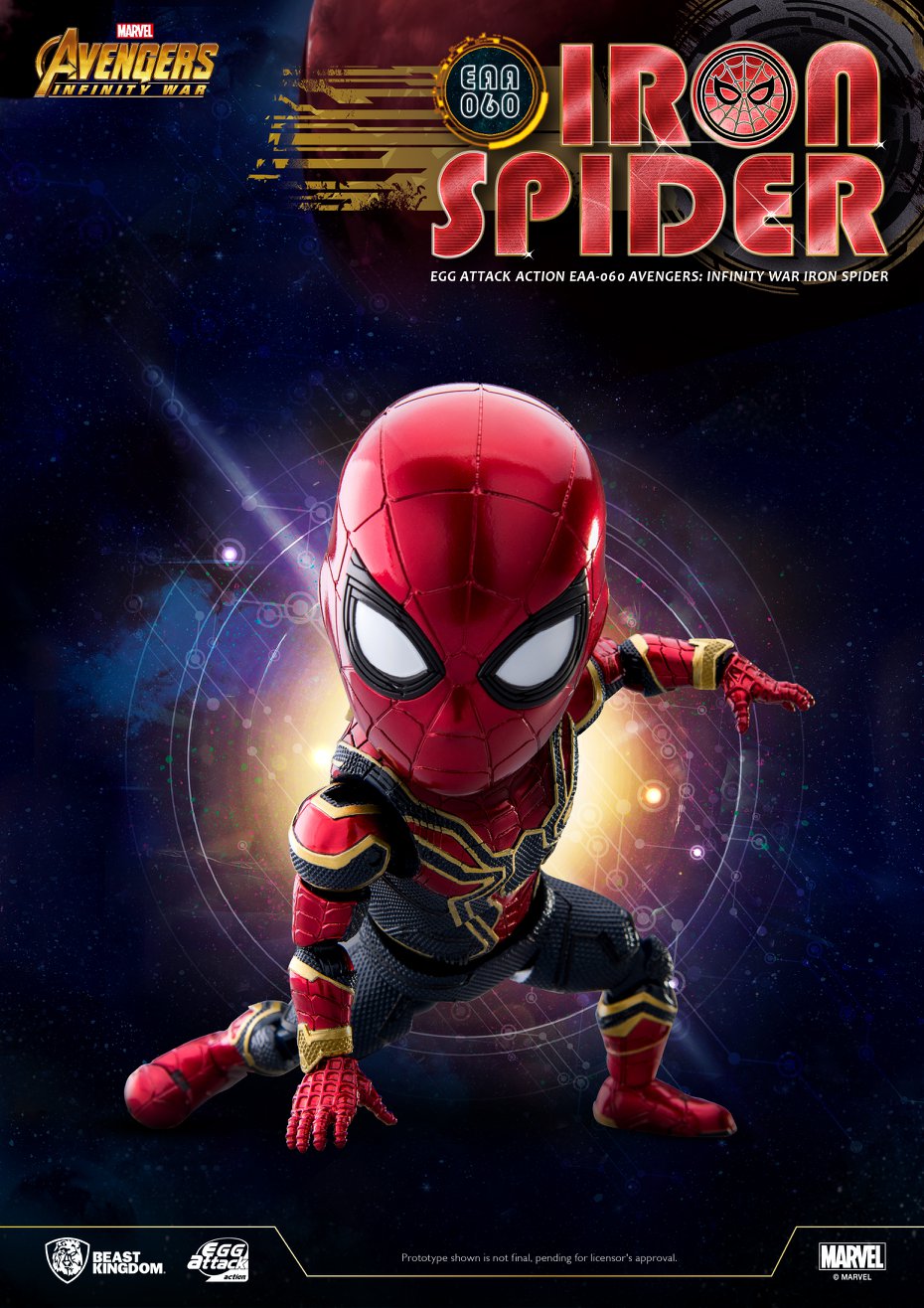 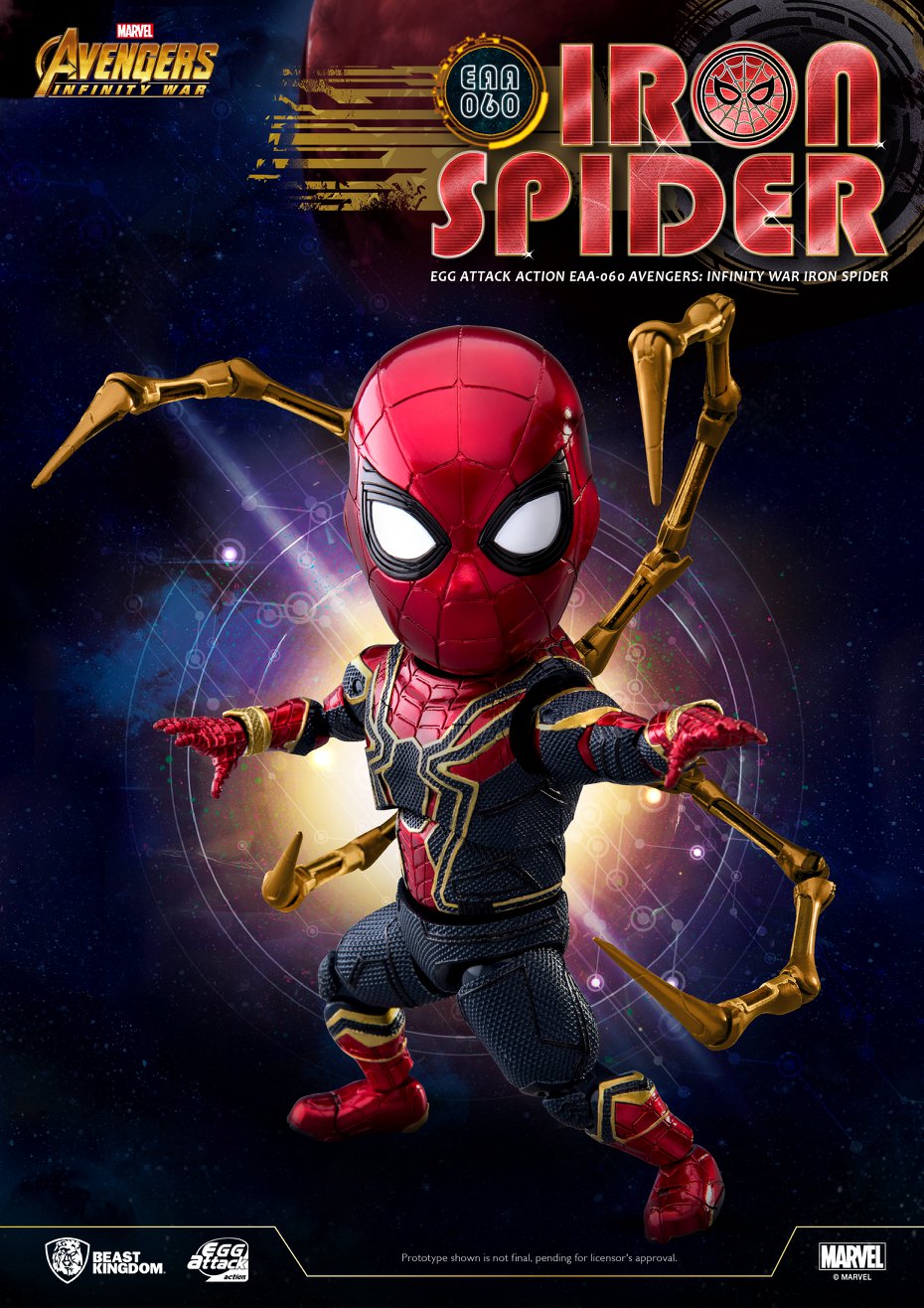 Posted on April 18, 2018May 4, 2018
The ActionFiguresDaily editorial team researches & features the best new action figures and collectible toys.  ActionFiguresDaily.com may receive compensation if you click a link in this article and buy a product.