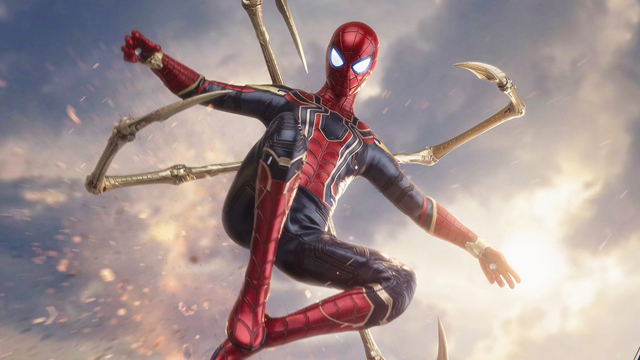 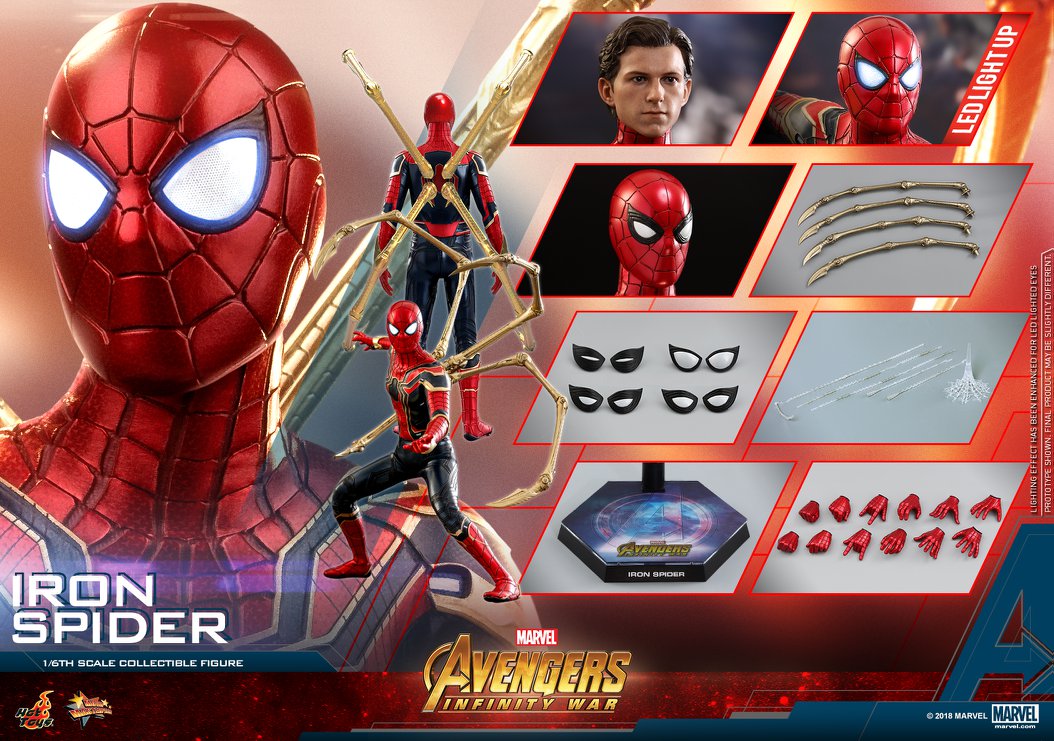 Another day, another Avengers: Infinity War reveal! It is pretty clear that Hot Toys is going to be making a figure of every hero and villain in Infinity War. Considering the large amount of characters that appear in the film…all of us collectors better be ready to apply for a massive loan.

Iron Spider is the latest 1/6th scale figure to be announced. This figure features interchangeable heads—that include LED lights. There are also different eye pieces that can be switched out to change Spidey’s expression. The non masked head with the likeness of actor Tom Holland is spectacular. The sculpt, colors and LED lights make this figure look like one of the best pieces Hot Toys has ever crafted. Hot Toys has set the bar massively high and this Iron Spider appears to raise it. I can’t wait to see this figure in person.

“Oh, we’re using our made-up names? In that case, I am Spider-Man.”

This changes everything. The whole world has geared up for the upcoming Marvel blockbuster Avengers: Infinity War that arrives in less than one week time. The friendly neighborhood Spider-Man will have to use his wit, strength, and Spider Sense to help the other heroes stop the warlord from enacting his master plan to collect all the powerful Infinity Stones.

Being the movie in Marvel Cinematic Universe that has been all leading to, the excitement over this massive battle is at a fever pitch and today Hot Toys is thrilled to present the highly anticipated groundbreaking 1/6th scale Iron Spider Collectible Figure which has received a lot of positive reviews after it made its debut at Avengers: Infinity War exhibition powered by Hot Toys!

Power up your entire Marvel Cinematic Universe collection with this young Spidey in his up-to-date suit from Avengers: Infinity War! 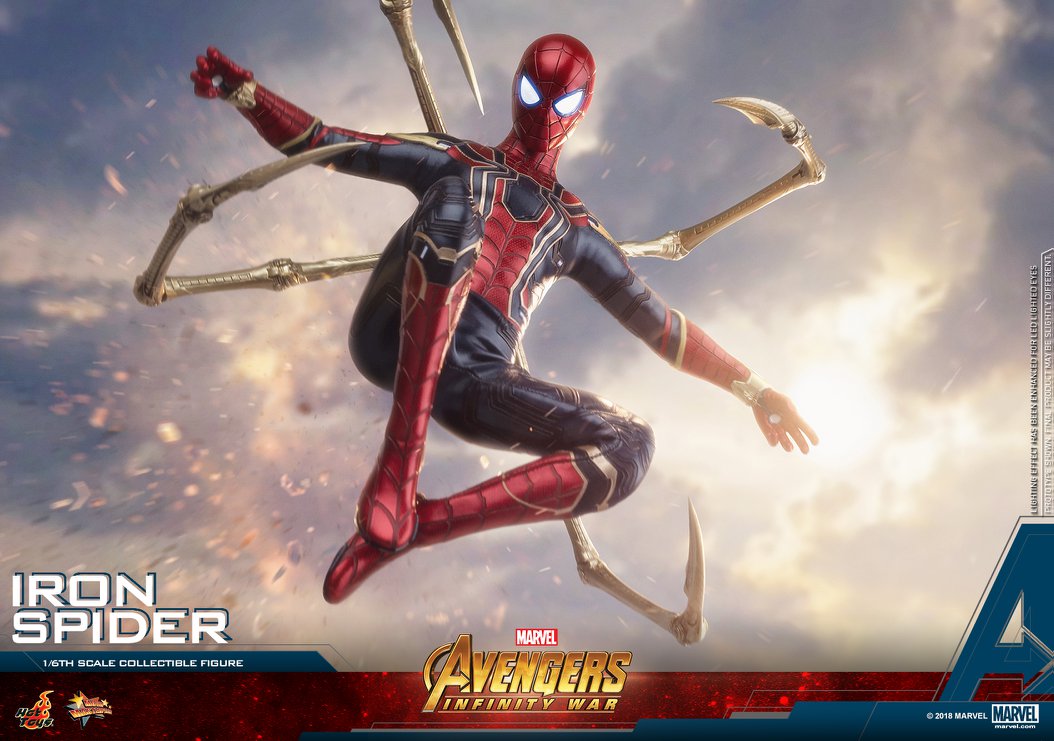 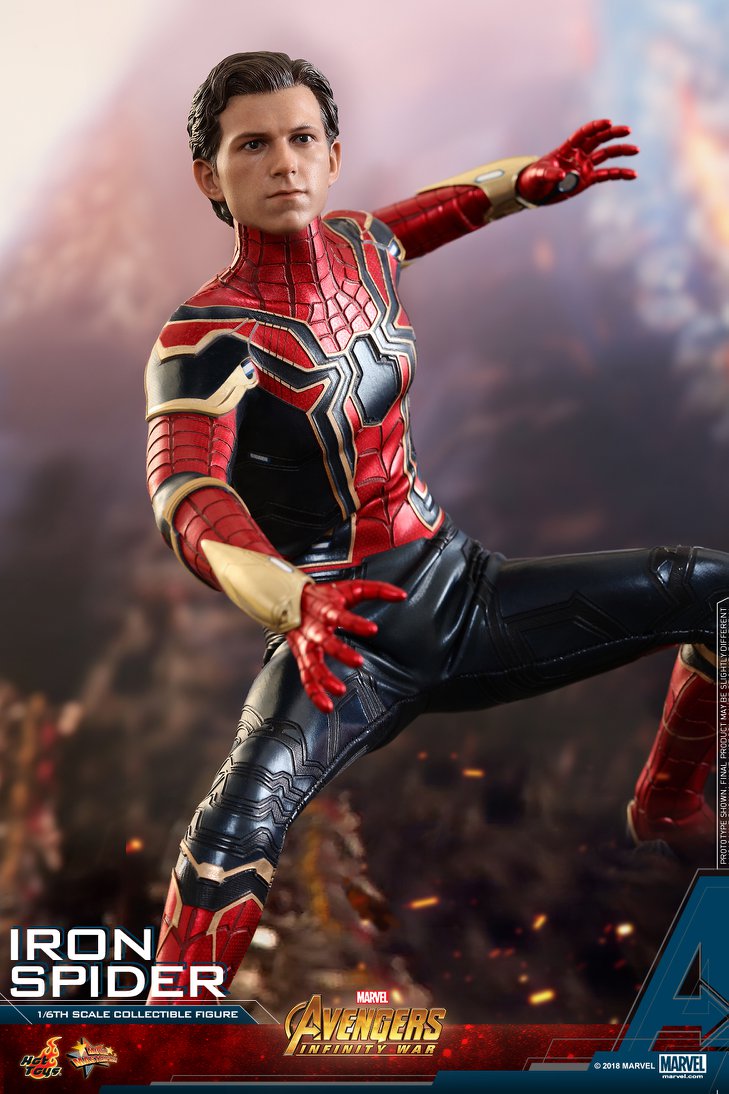 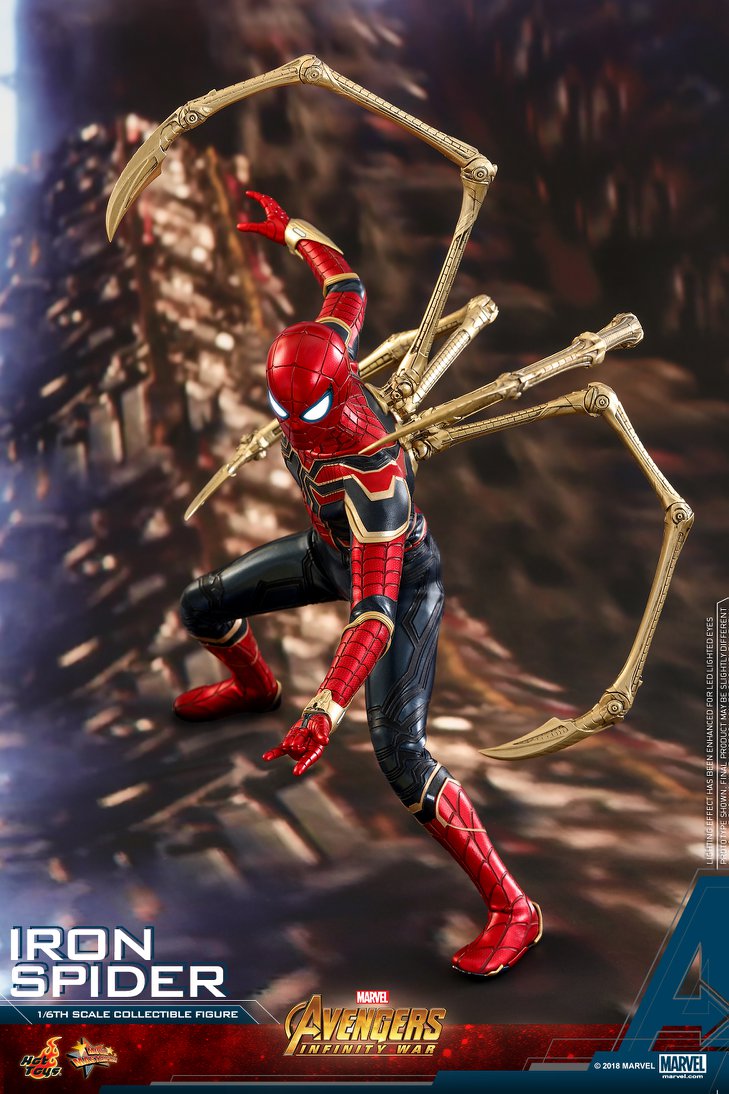 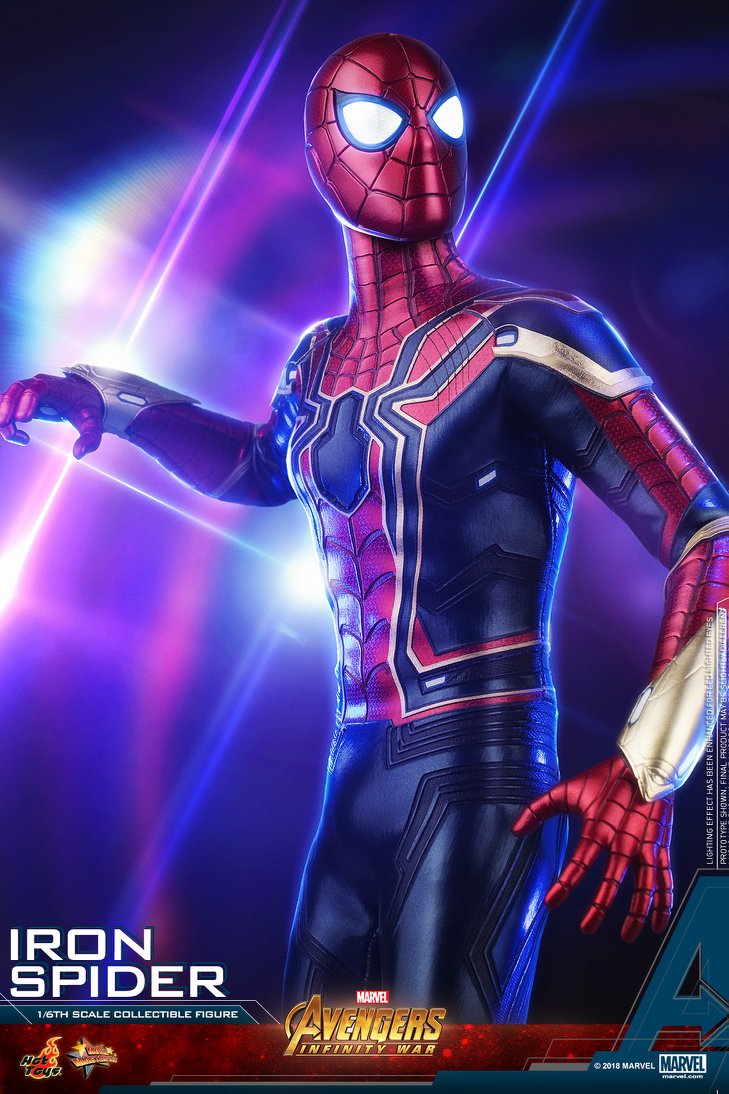 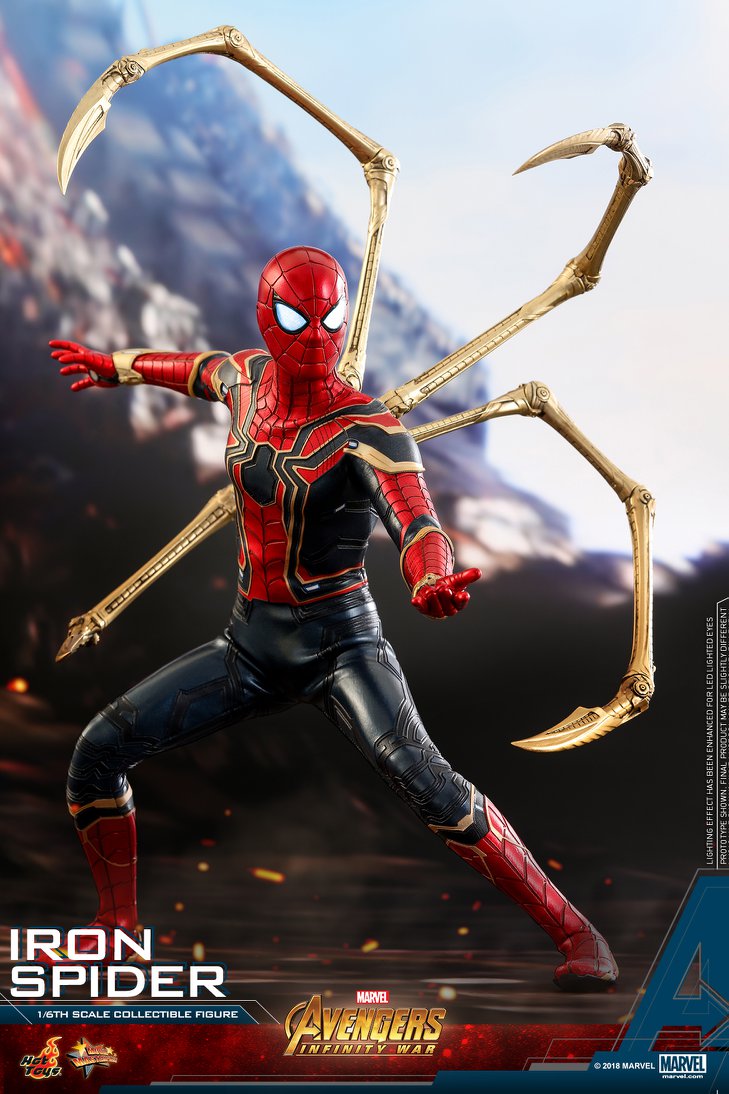 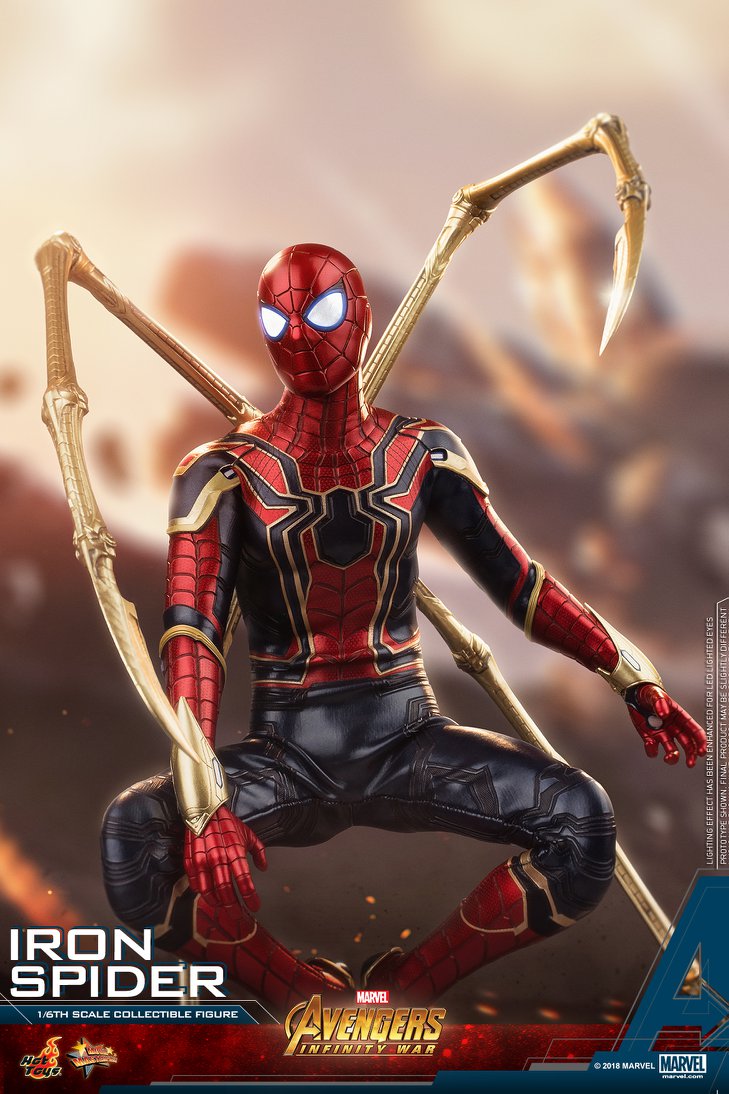 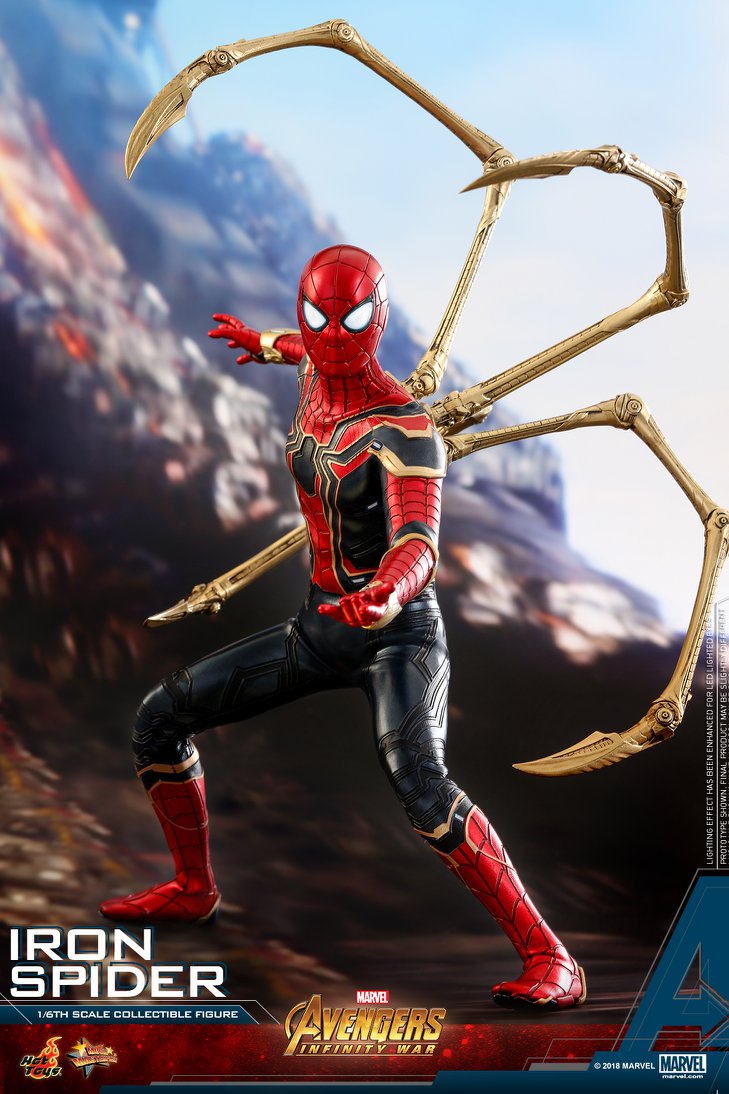 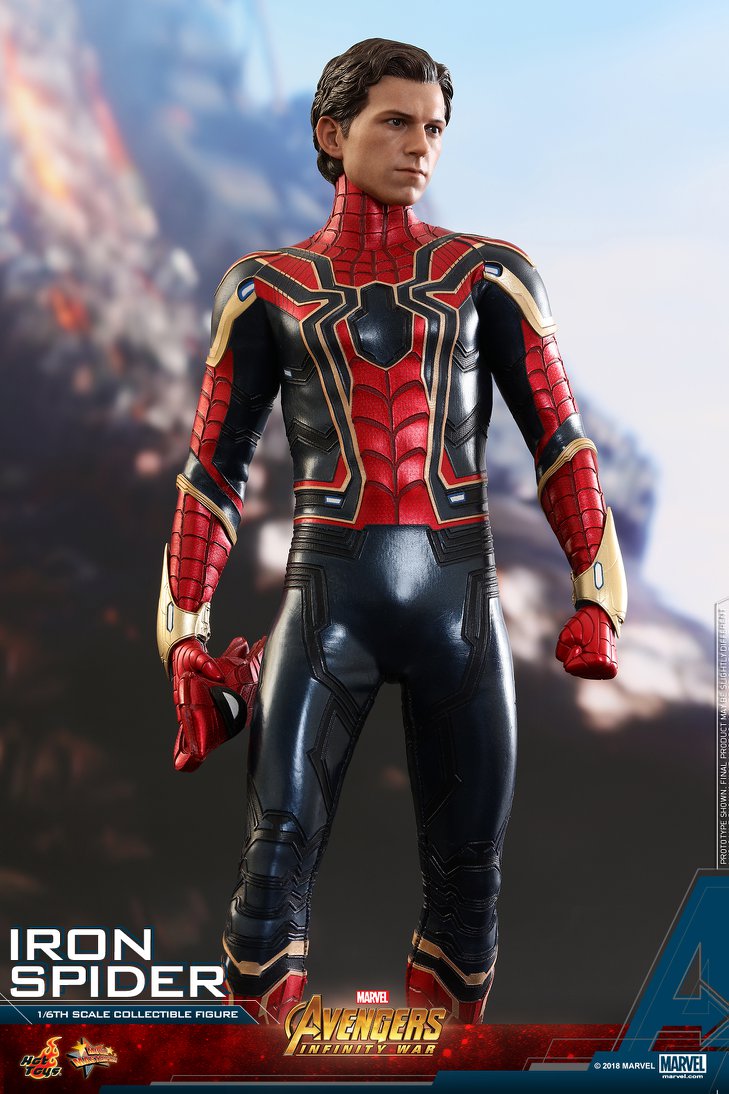 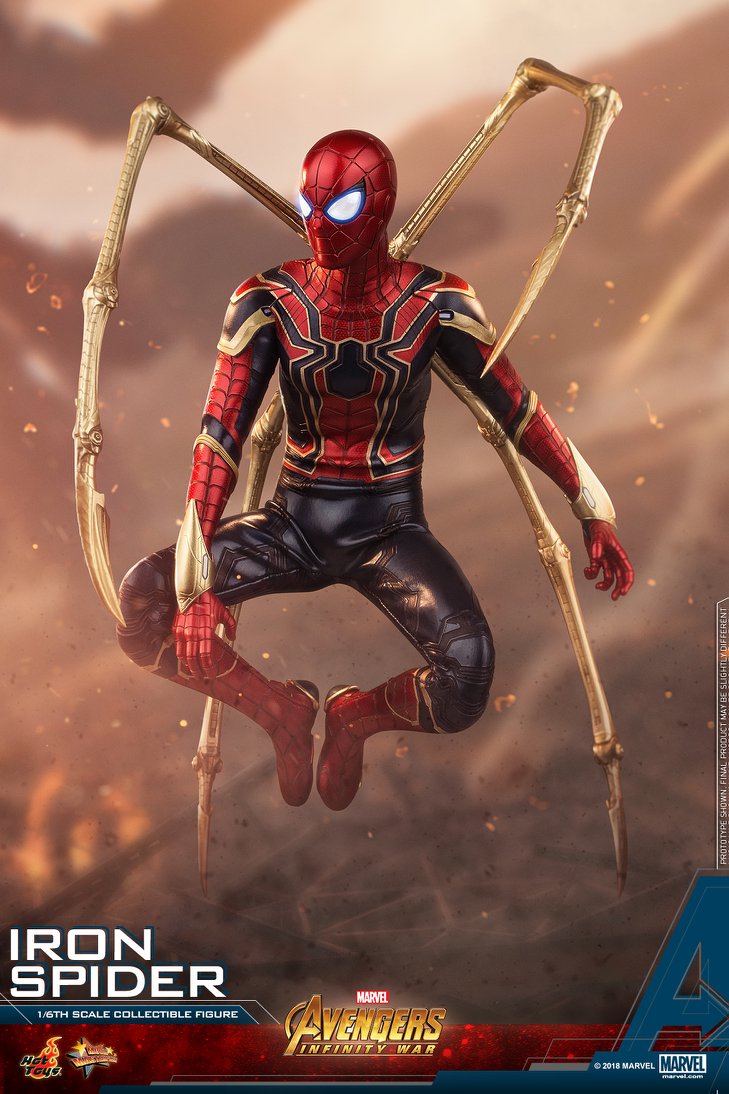 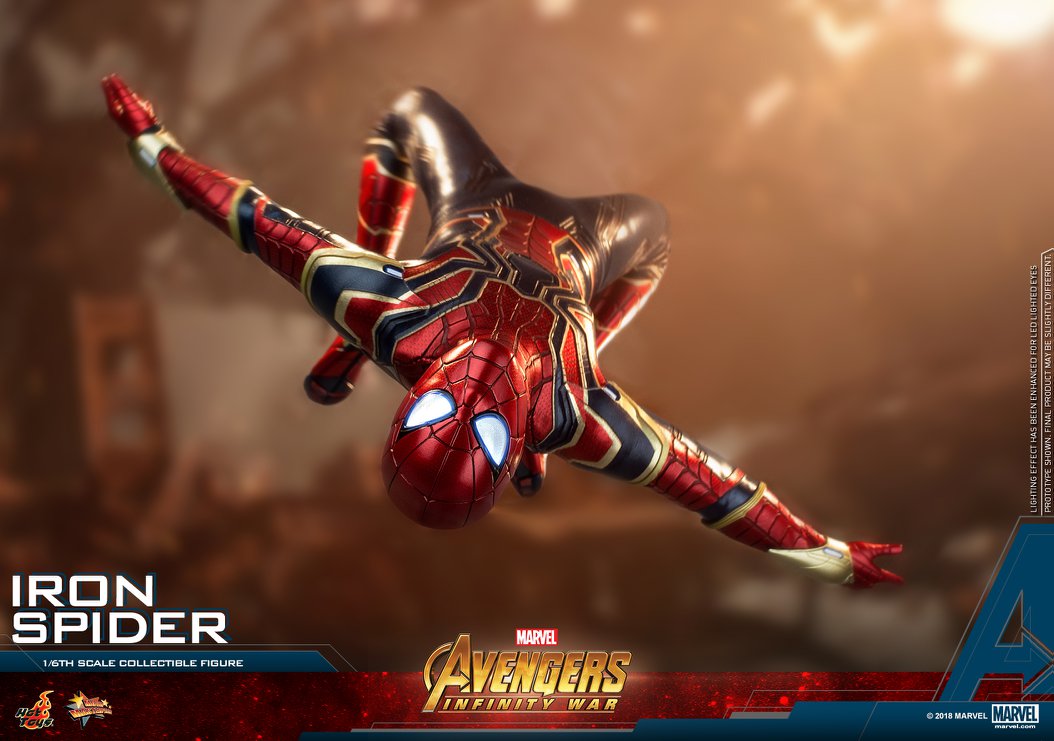 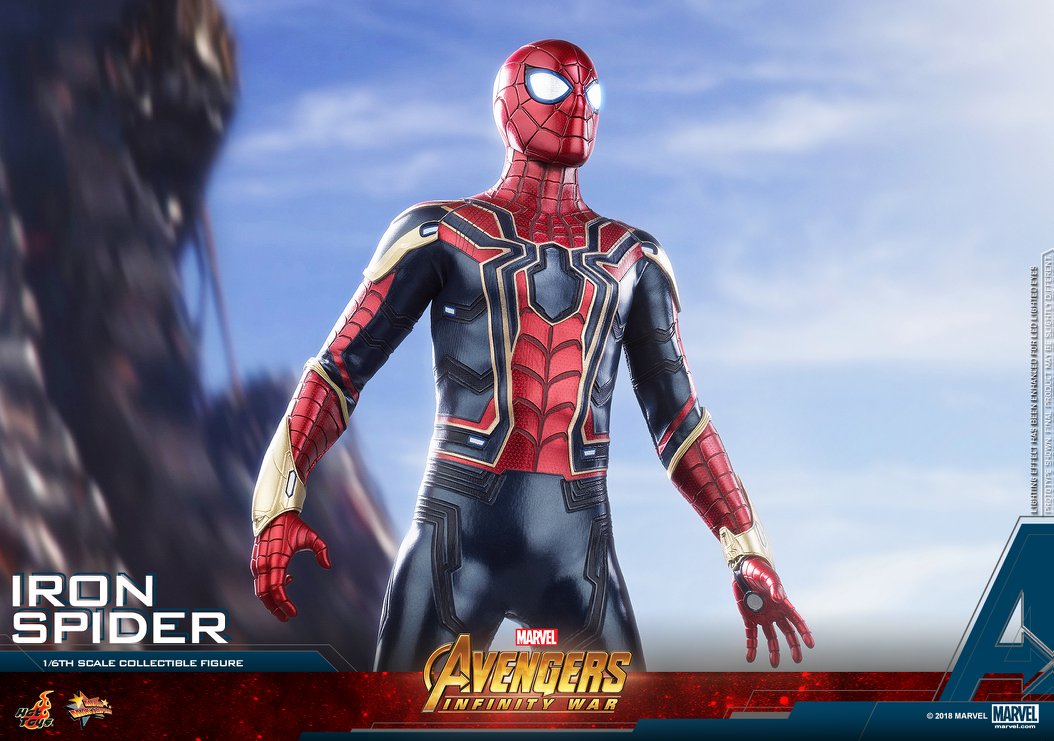 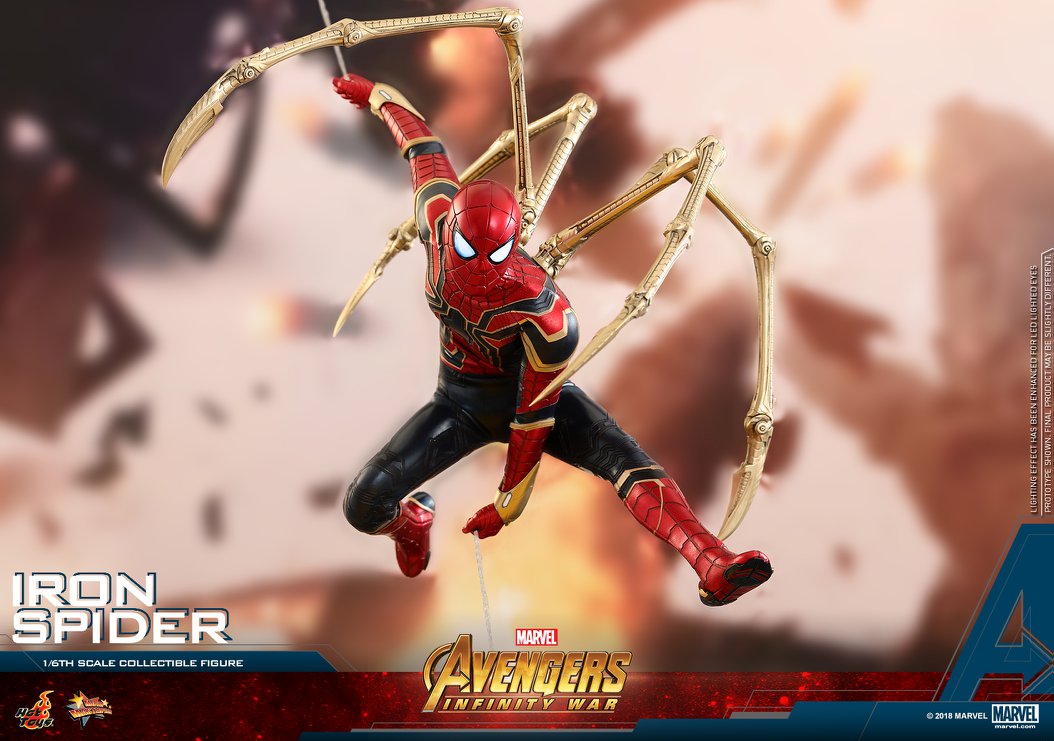 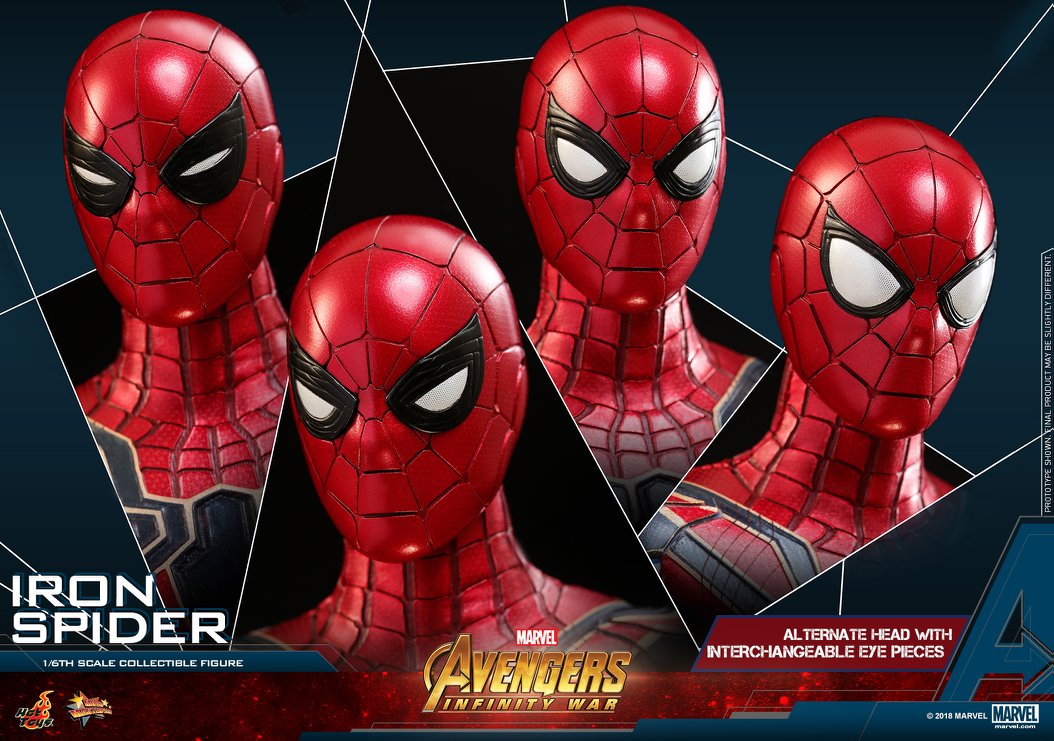