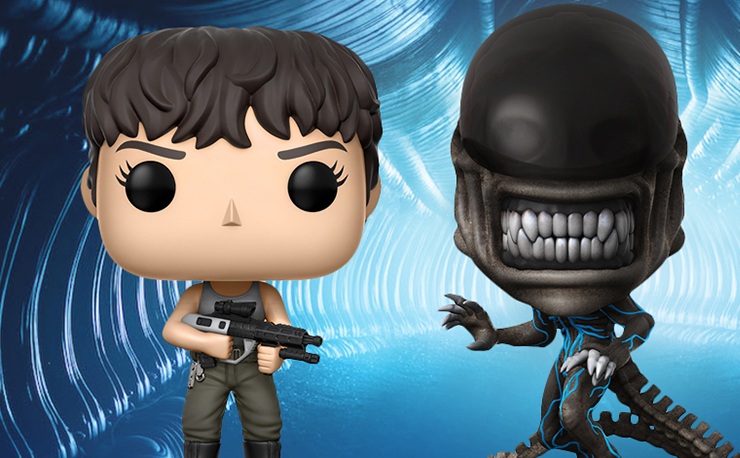 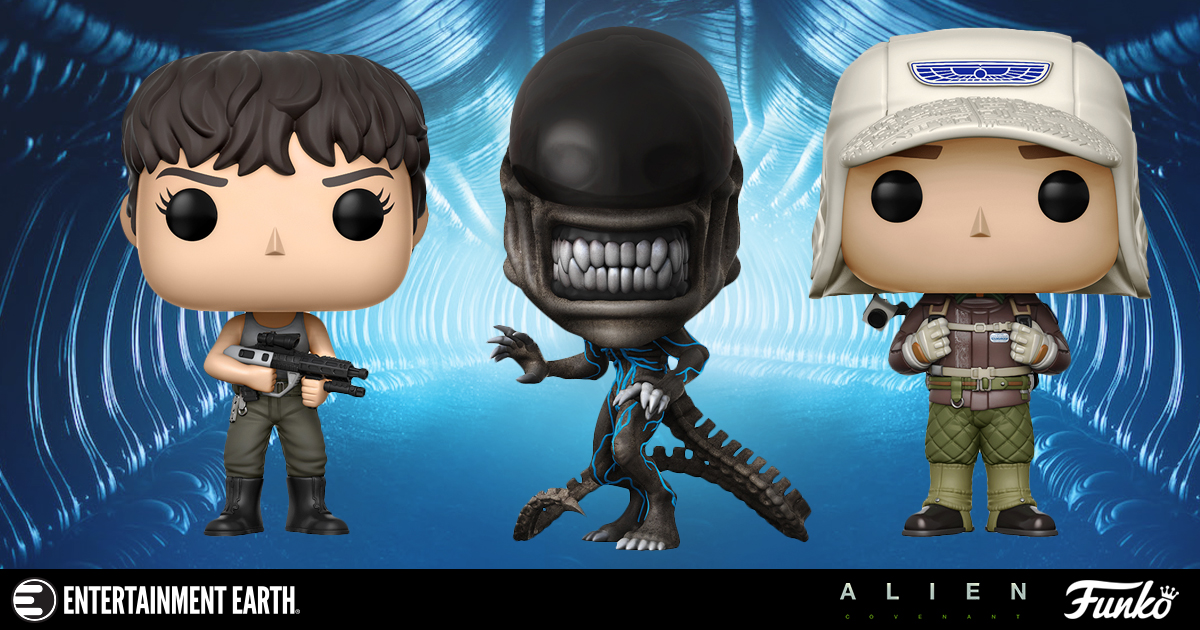 With Alien Day now behind us, it’s time to start looking forward to the immediate future of the Alien franchise and that’s next month’s Alien: Covenant film. Going back to its horror roots, the new Prometheus sequel looks more like the original vision that Ridley Scott had for the movies. It should come as no surprise that Funko is set to release a group of POP!s based on the upcoming film that is sure to have Alien fans excited.

Featuring POP!s of Katherine Watterson’s Daniels, Michael Fassbender’s David (or is it Walter? The mystery deepens…), a Hot topic exclusive of Billy Crudup’s Oram with a Face Hugger hugging his face and, of course, two versions of the Xenomorph (one is a GameStop exclusive), these vinyl Alien figures are the perfect addition to any Alien fans collection.

Set to ship in July, you can click the links below to pre-order your favorites right now. 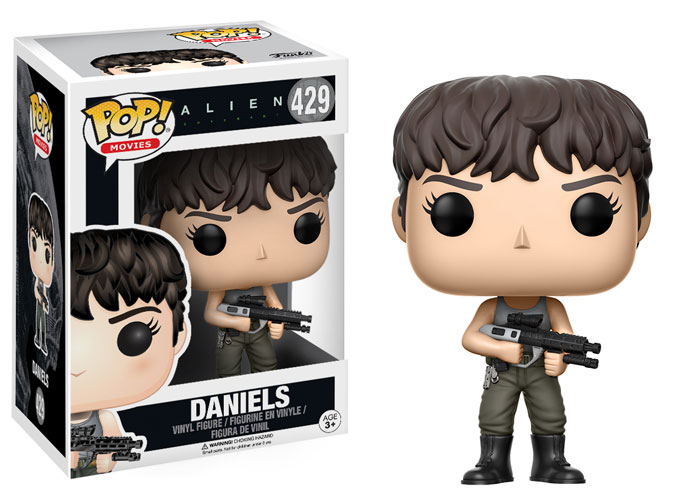 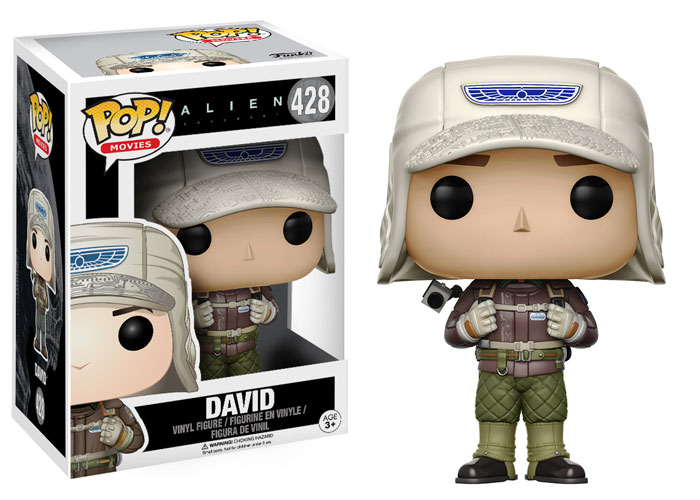 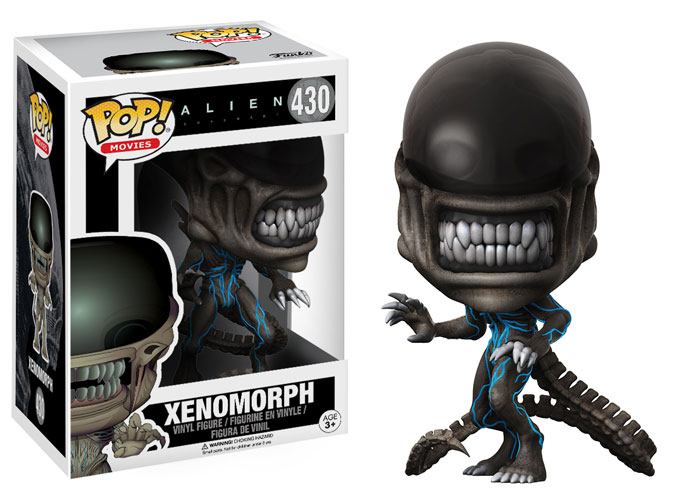 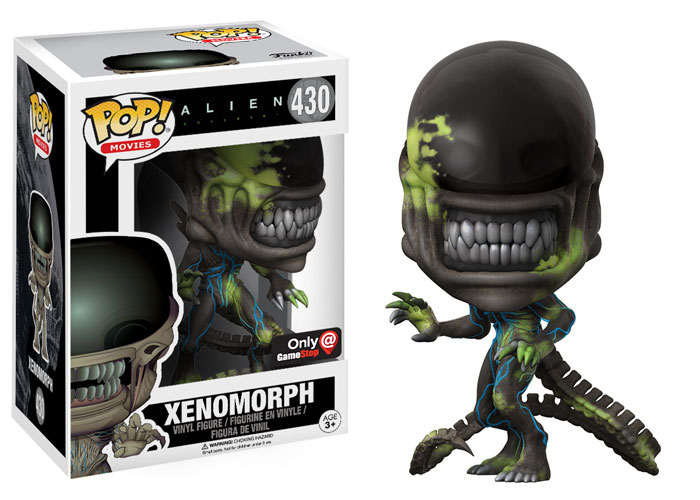 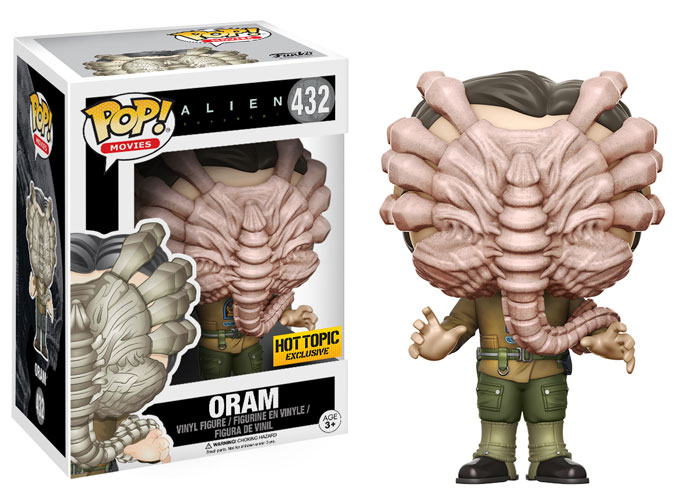 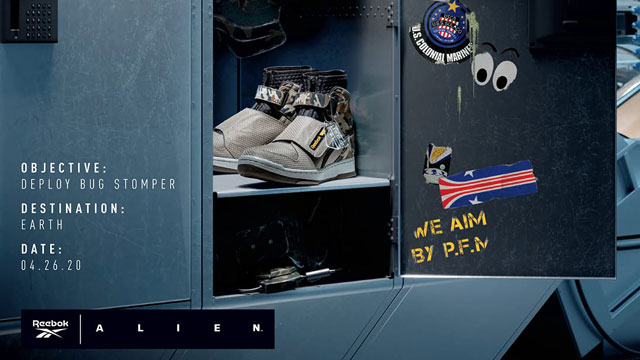