WrestleMania 34 is here! The biggest event of the year for professional wrestling has arrived and it has the star power fans have come to expect. Ronda Rousey will make her in-ring debut at this year’s Super Bowl of wresting. We will also get matches from returning WWE Legends like The Undertaker & Daniel Bryan. This year’s WrestleMania promises to be a special one.

The WWE has always been a big part of the action figure and collectible world. There have been popular figures made throughout the years by LJN, Hasbro, Jakks and recently Mattel and Funko have gotten into the wrestling figure business.

In honor of WrestleMania 34, we picked some of the best action figures that you can buy on wweshop.com. 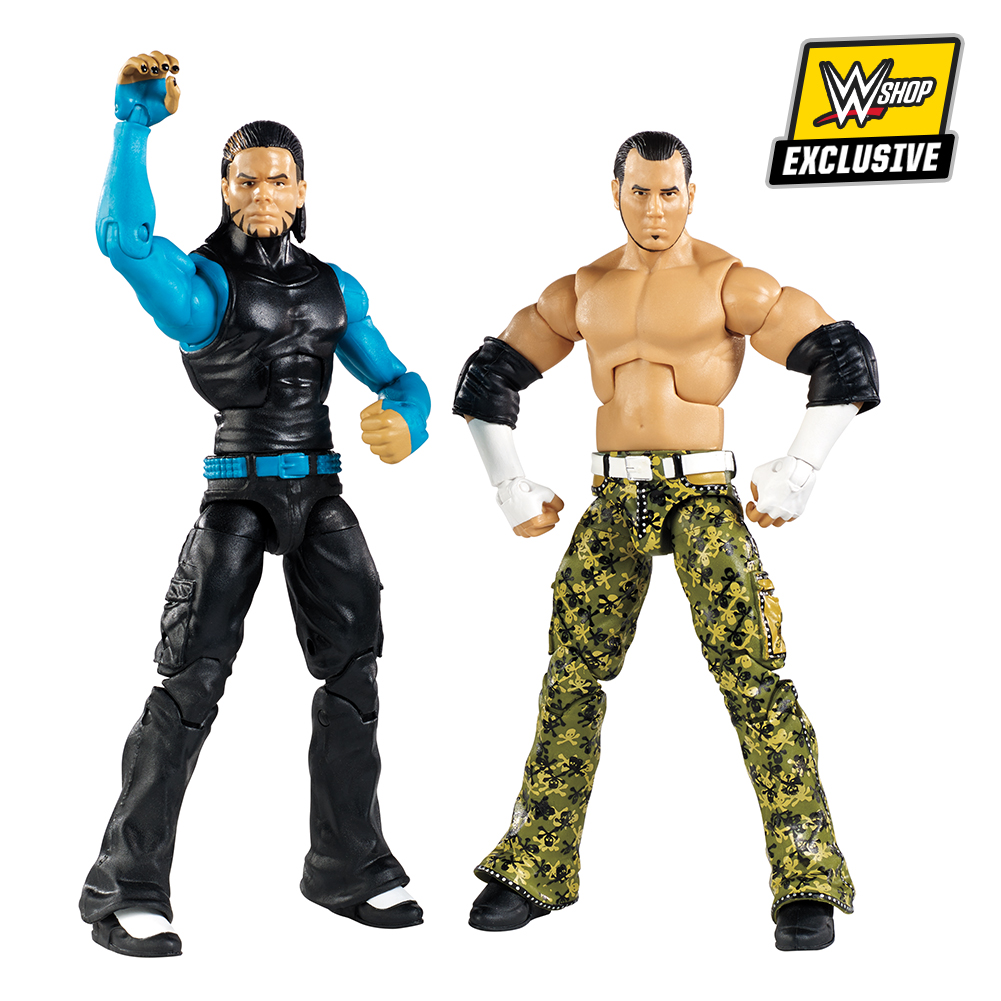 The Hardy Boyz returned to the WWE at last year’s WrestleMania.The pair is easily one of the most beloved tag teams ever! This 2 pack can only be found on wweshop.com.

The Hardy Boyz are one of the most decorated Tag Teams in WWE history. This iconic duo is featured in this Exclusive 2-Pack Action Figure Set. 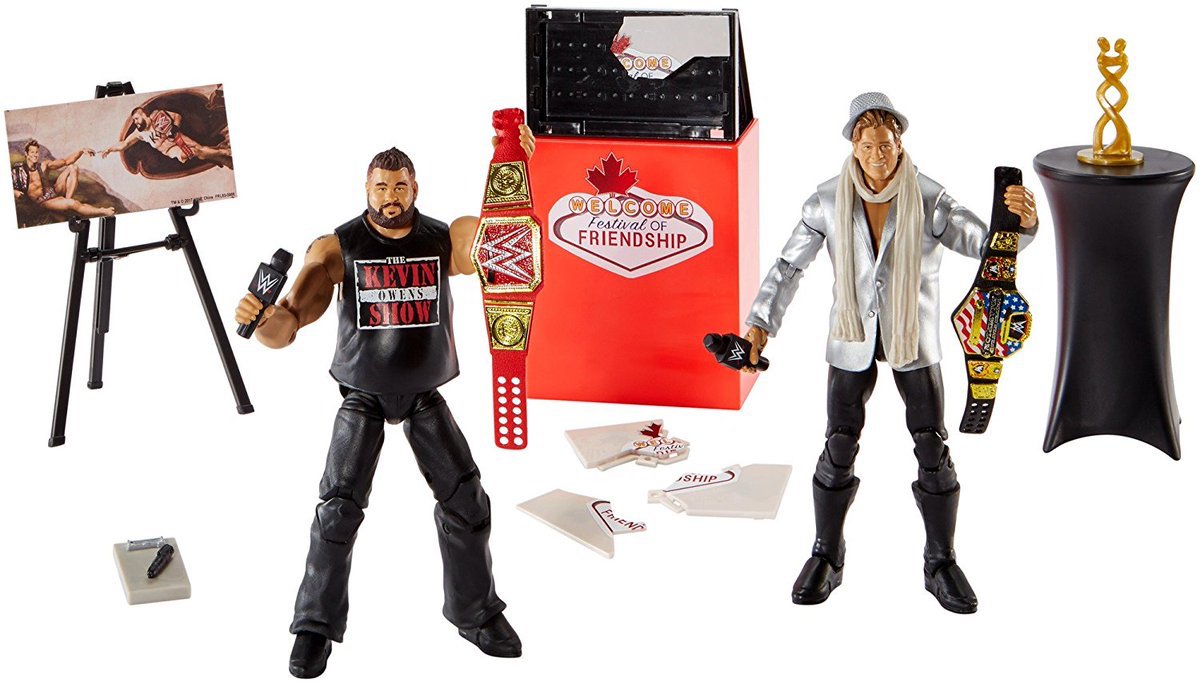 One of the biggest story lines of the last few years was the ending of the friendship between Kevin Owens and Chris Jericho. This 2 pack celebrates “The Festival of Friendship” and its tragic conclusion for Chris Jericho. The pack includes accessories from one of the most famous moments in WWE’s history.

Bring home the action of WWE with these Epic Moments Action Figures! 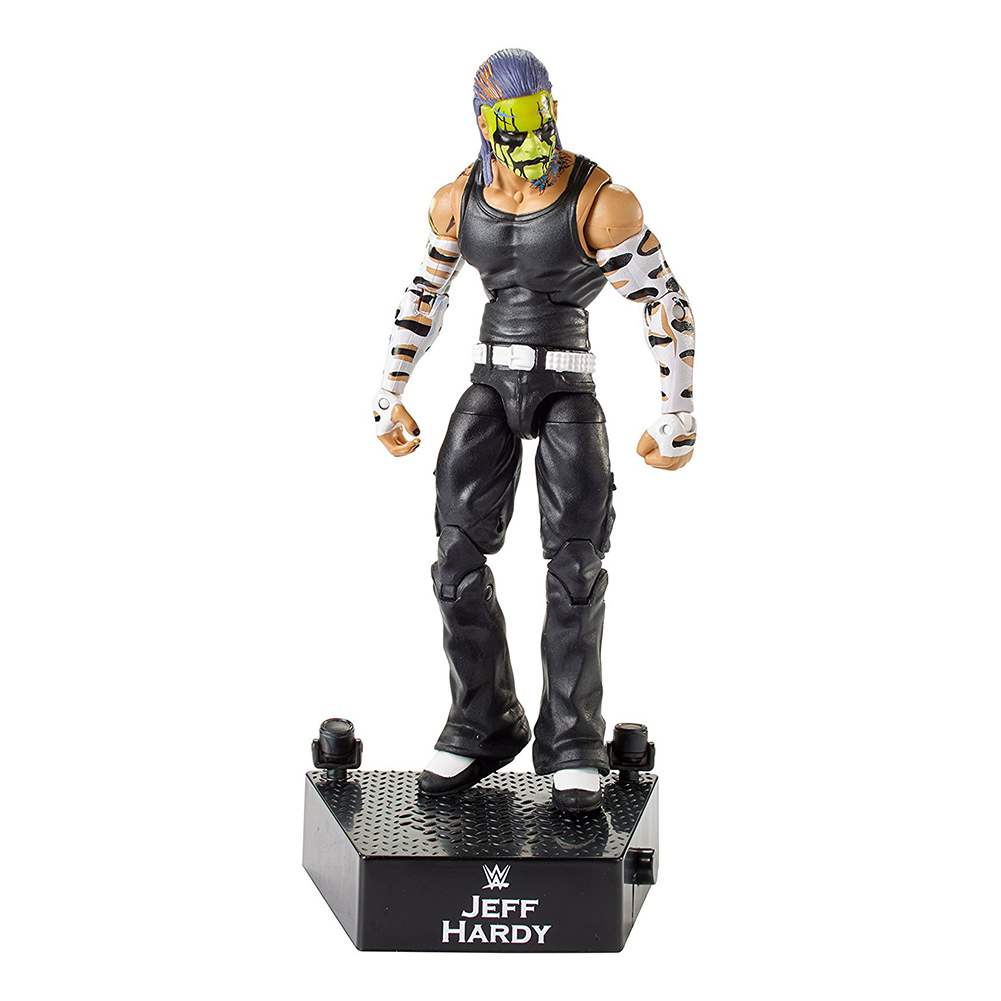 One of the best parts of WWE is when the music hits and your favorite WWE star heads to the ring. This Jeff Hardy figure from Mattel recreates that special experience. The figure is highly detailed and its display stand plays music. 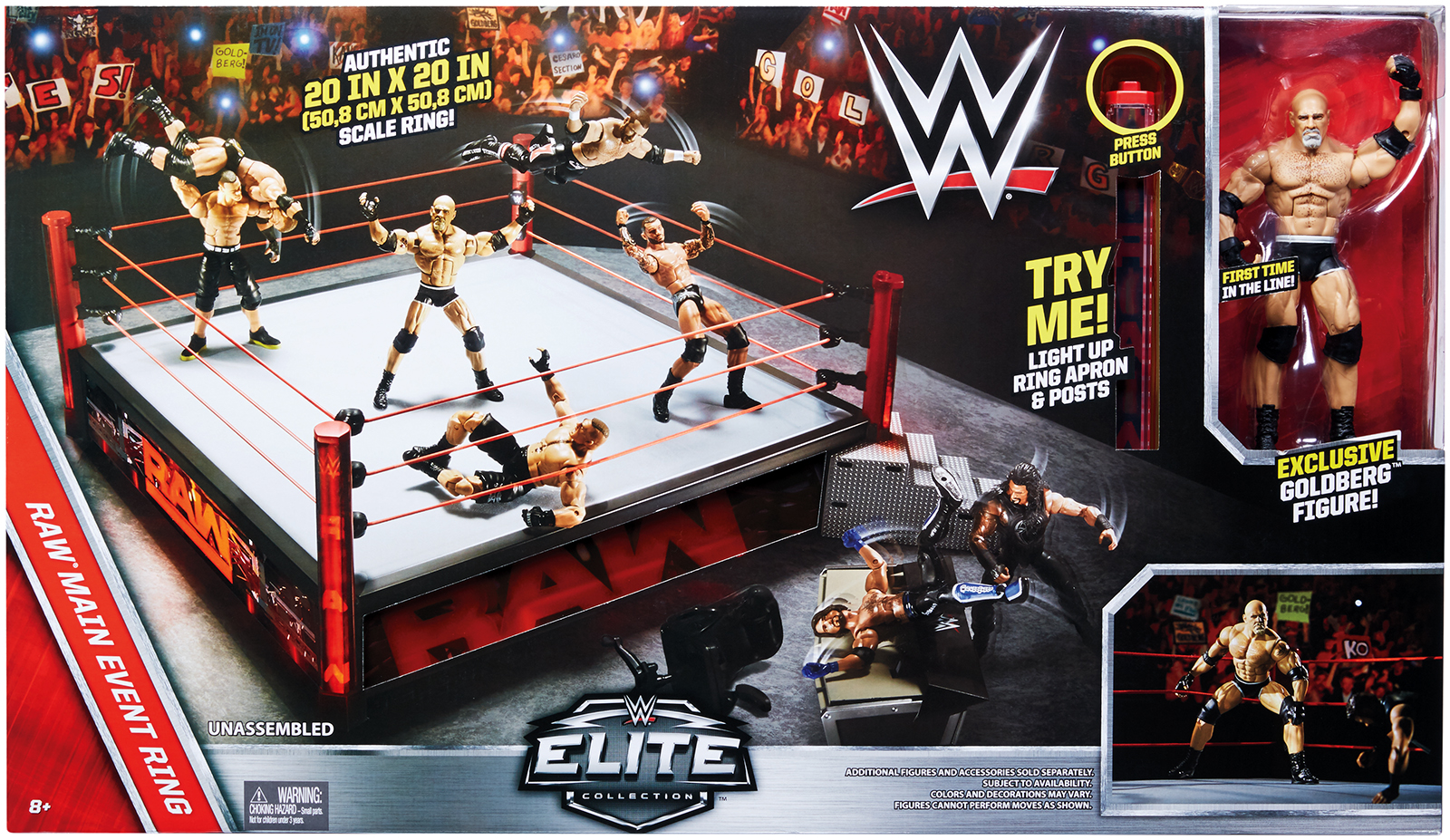 This WWE Ring from Mattel is the perfect way to display your WWE Elite action figures. You can use the to scale ring as a way to recreate your favorite matches or as a truly awesome display piece. The Ring also comes with an exclusive Goldberg figure that you won’t find anywhere else.

Light Up WWE® Raw® Action in the Ring! ​

Light up the action with the WWE® Elite Authentic Scale Raw® Ring featuring real working LED lights just like the real-life ring! This awesome arena is authentically scaled at 20″ x20″ for 6-inch figures. Best of all, the ring includes LED lights to match what WWE® fans see on TV. The ring posts, base, Raw® ring panel and logo all light up for illuminating action! The LED lights are controlled by an easy-to-use on-off switch located underneath the ring. Let the illuminating battle begin! ​

The WWE® Elite Authentic Scale Raw® Ring and accessories are based on the real-life ring fans see on TV! This awesome arena features real working LED lights and is authentically scaled at 20″ x20″ for 6-inch figures. All of the accessories are designed to reflect their real-life counterparts: ring announcer table, two ring announcer chairs, ring steps and a high-quality ring canvas that can be placed on the ring. The ring also comes with one exclusive elite 6-inch figure of WWE® Bill Goldberg for added fun and authenticity. Get the WWE® Elite Authentic Scale Raw® Ring and recreate authentic WWE® battles! ​

Many Ways to Play with the WWE® Raw® Ring and Accessories!

The WWE® Elite Authentic Scale Raw® Ring features so many ways to play! Action can take place inside and outside of this awesome arena that is authentically scaled at 20″ x20″ for 6-inch figures. Cool accessories include display accessories to pose and display WWE® figures in or out of the ring; a ring announcer table to call the battle shots, two ring announcer chairs, ring steps and a high-quality ring canvas that can be placed on the ring. The ring also comes with one exclusive elite 6-inch figure of WWE® Bill Goldberg. Get the WWE® Raw® Ring play going today! 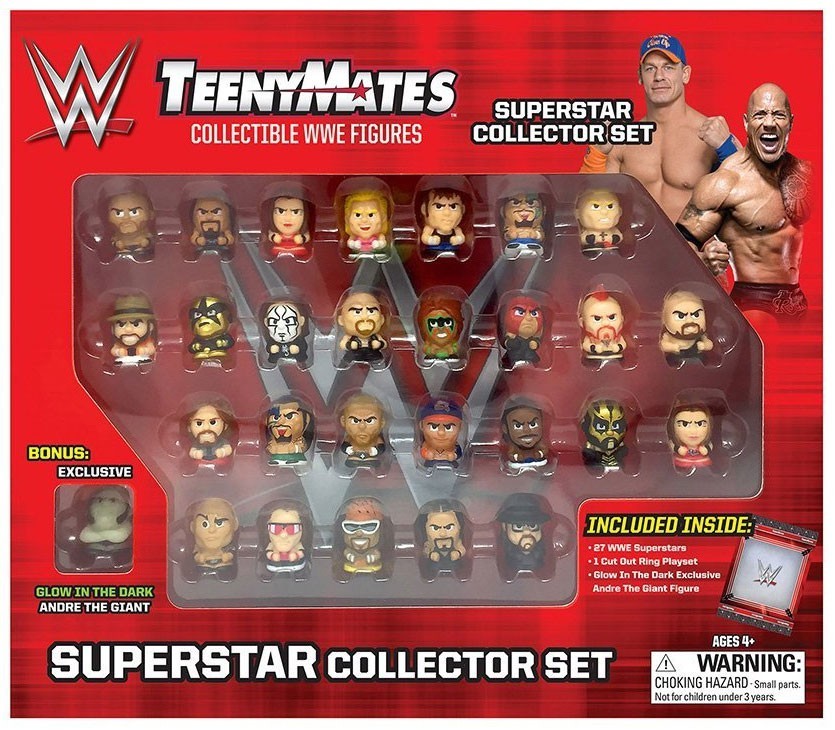 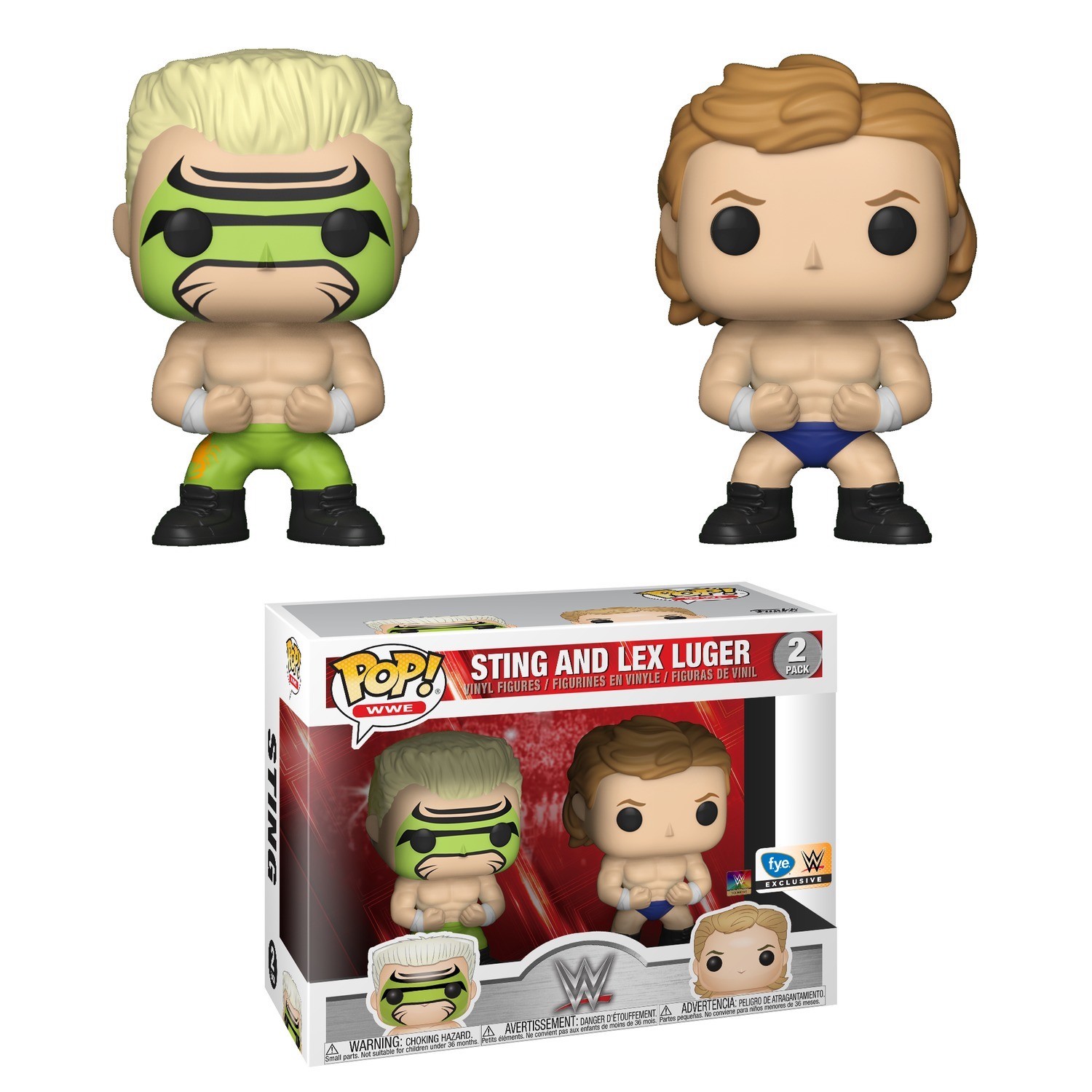 Funko makes Pop! Figures for every license out there, including the WWE. The great thing about the WWE’s line of Funko Pop! Figures are they include wrestling stars from the past and present. This set includes two WWE icons – Sting and Lex Luger. This set can only be found on wweshop.com.

Collect your favorite WWE Superstar as a POP! Vinyl Figure!