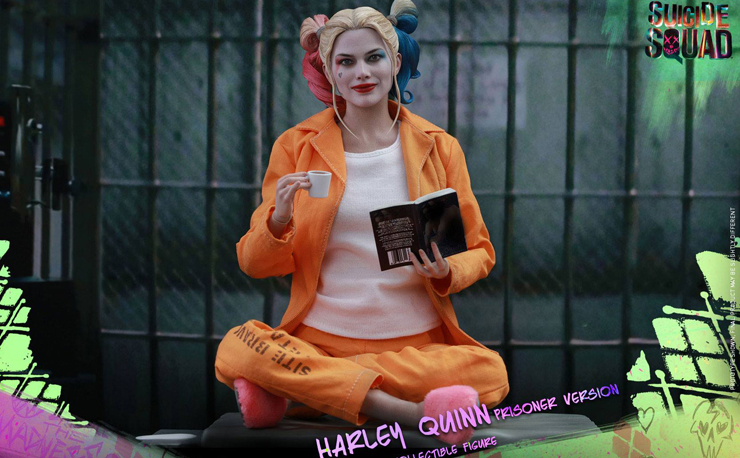 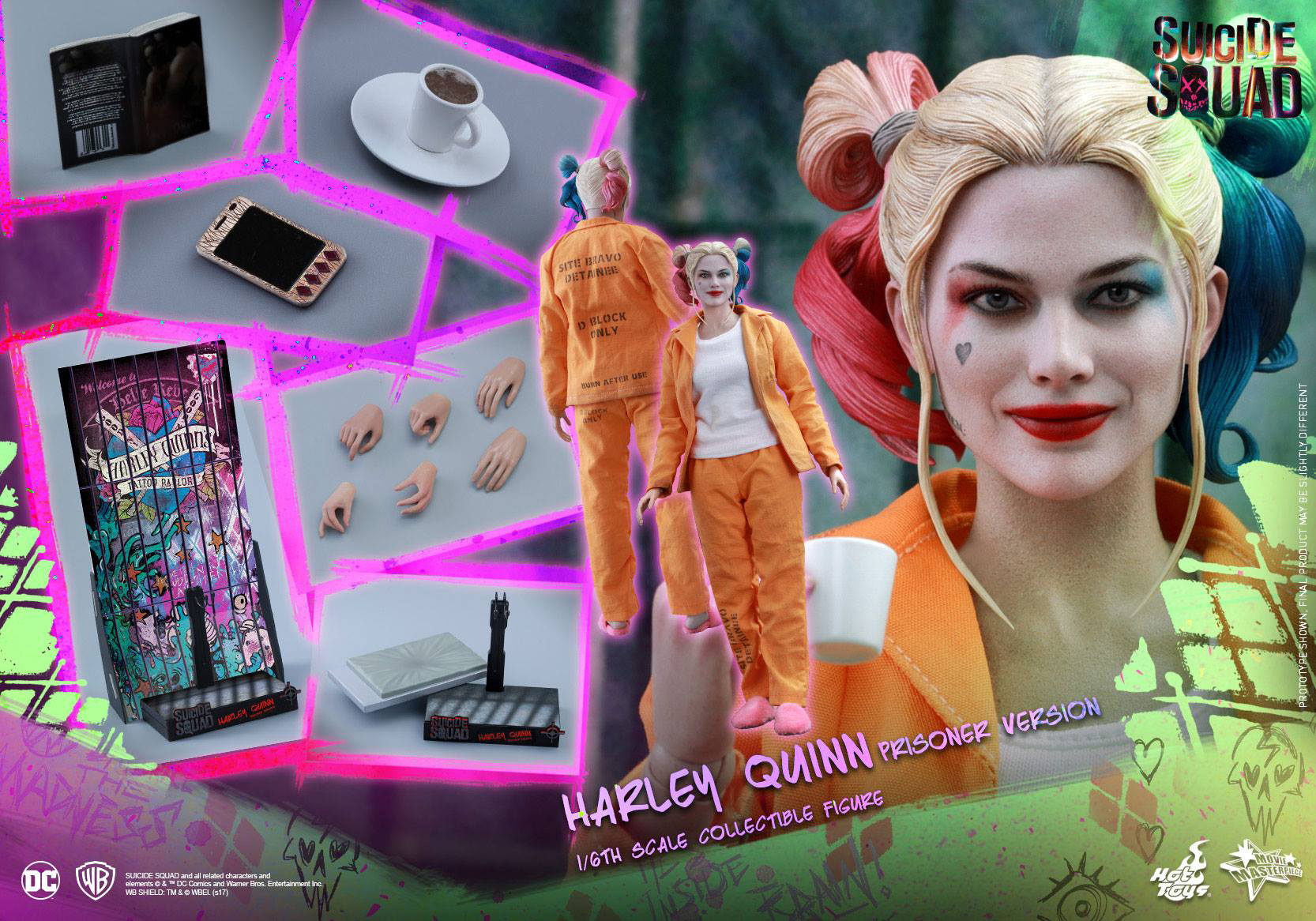 Capturing the Clown Prince of Crime’s main squeeze trapped inside her cell, sporting prison garb and equipped with accessories as seen in the film, this 1/6th scale Harley Quinn figure from Hot Toys stands approximately 28.5cm tall and features over 30 points of articulation. The realistic figure is based on Margot Robbie’s appearance in the Suicide Squad movie, complete with a specially tailored orange-colored prisoner shirt and matching pants, plus a white tank top and a pair of removable pink furry slippers.

Her accessories include a coffee cup and saucer, book, and a specially designed Suicide Squad-themed figure stand with character backdrop, as well as a removable prison cell mattress. The figure is priced at $219.99 and is estimated to arrive Oct 2017 – Dec 2017. 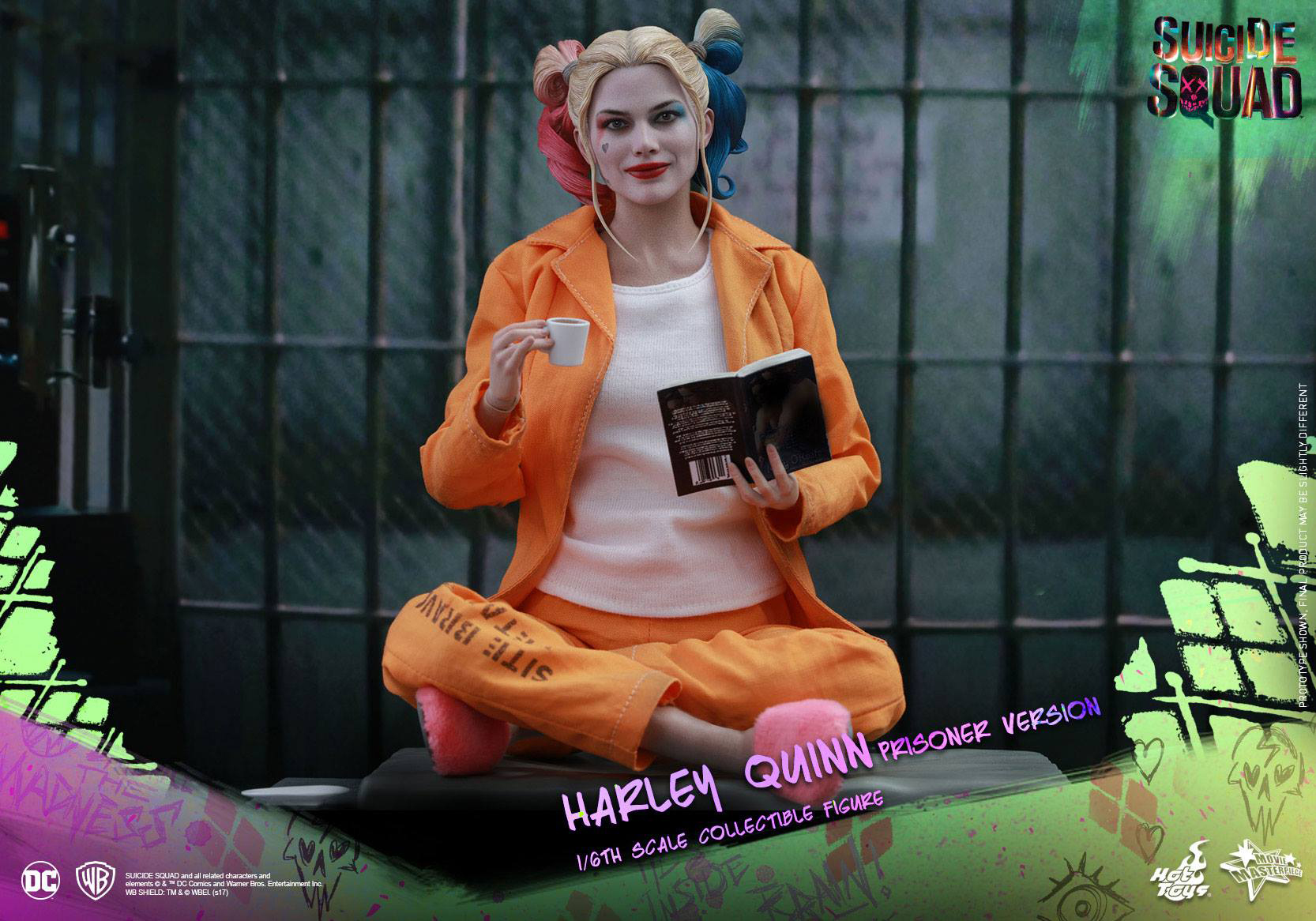 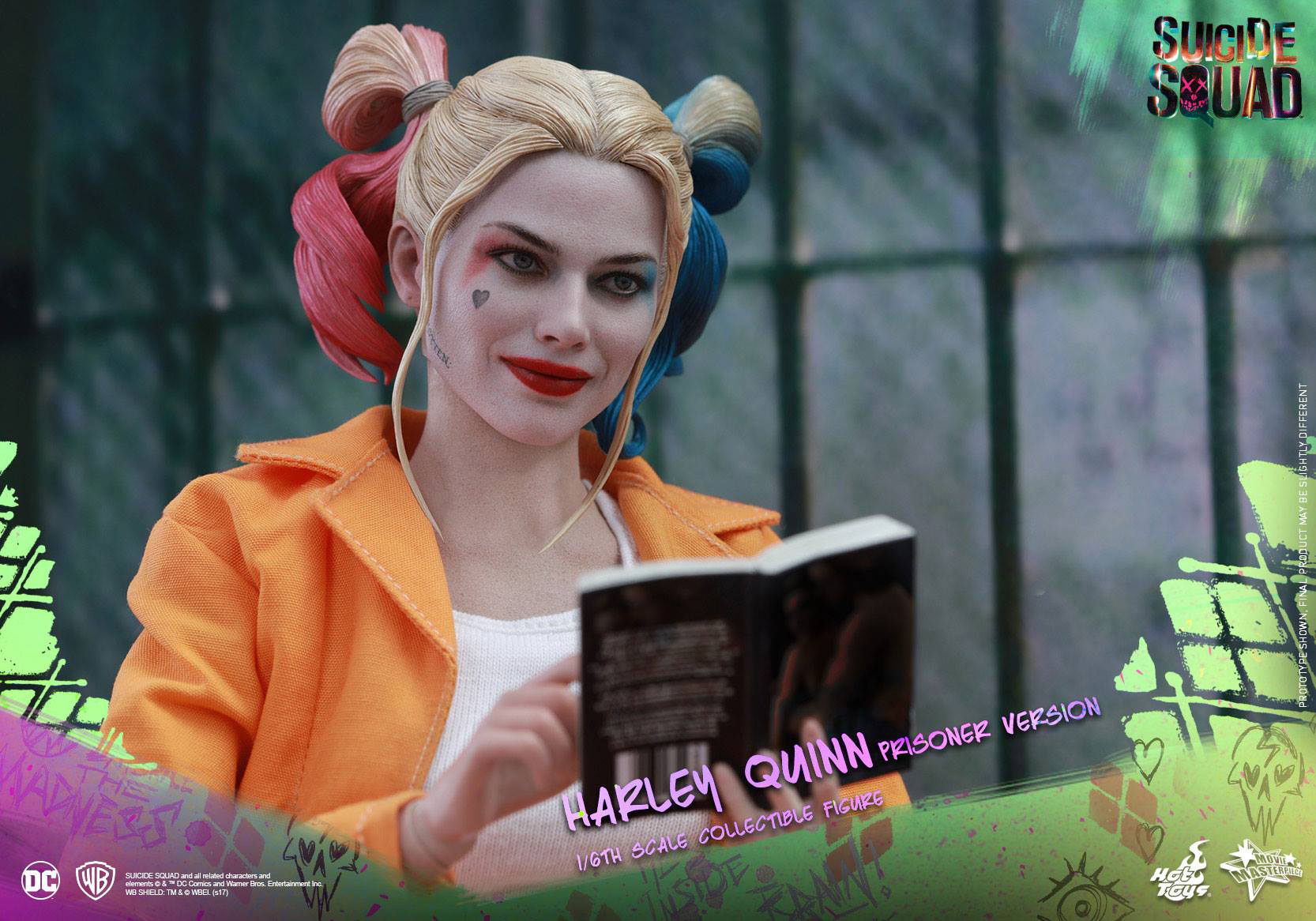 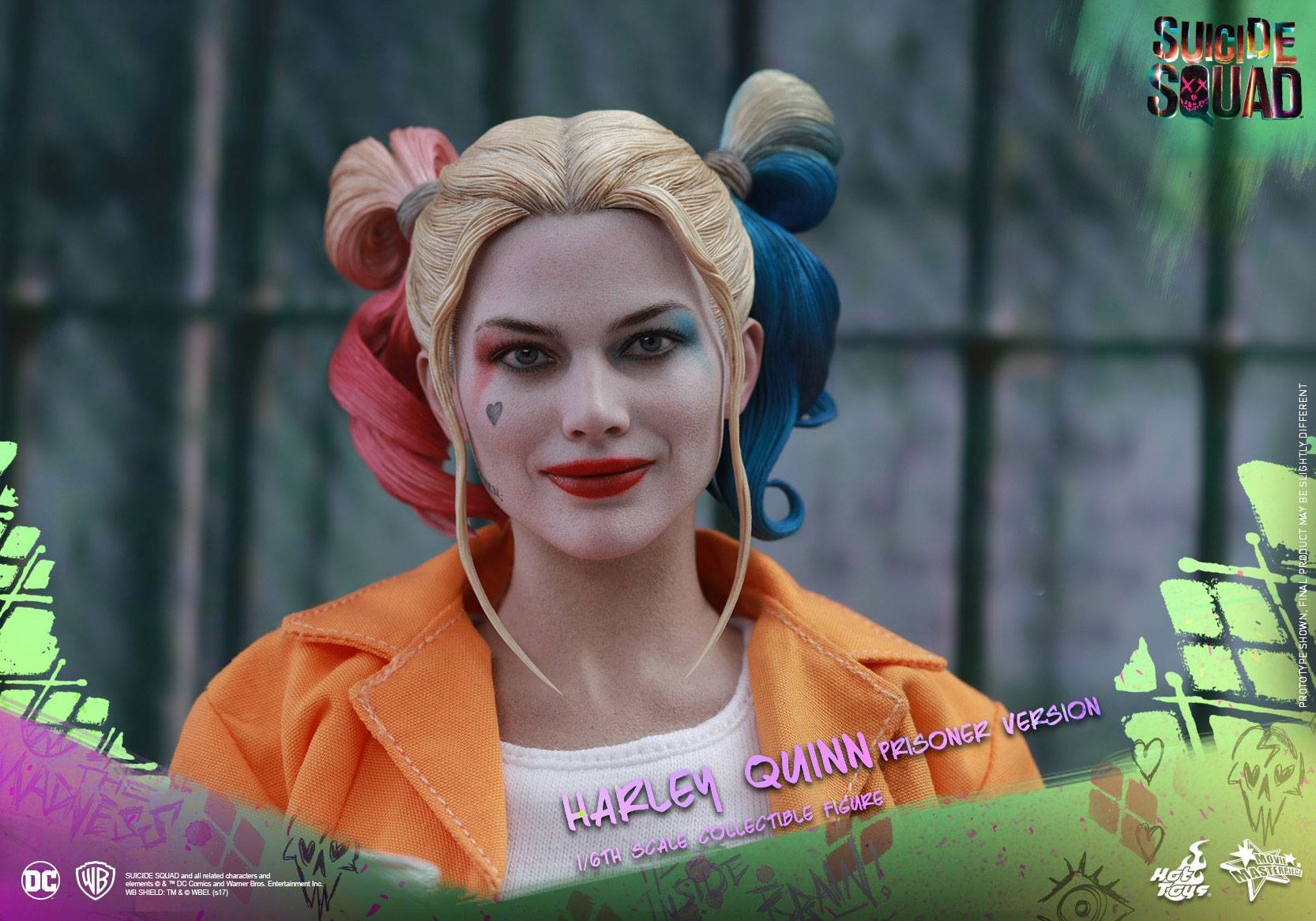 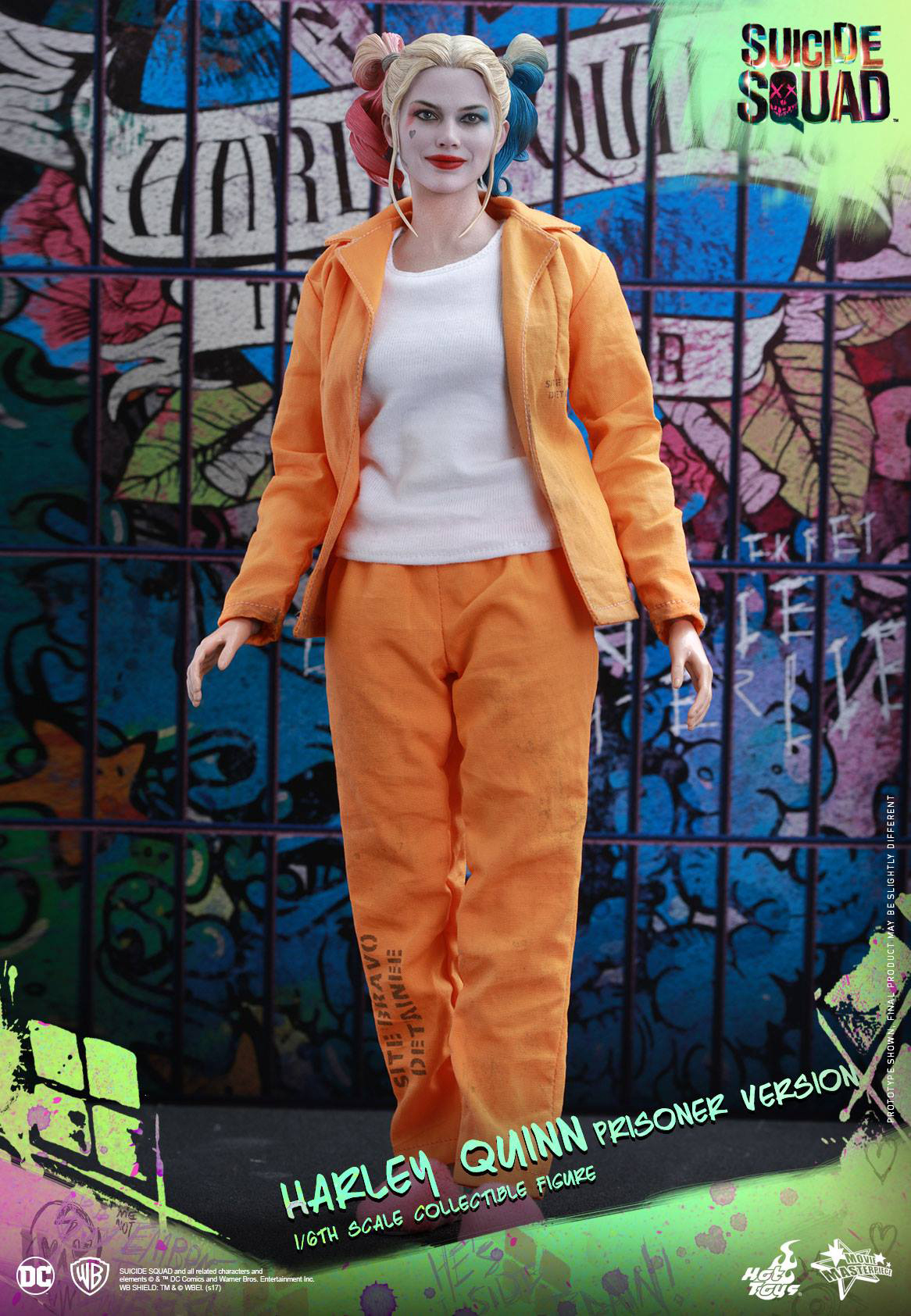 Posted on January 19, 2017
The ActionFiguresDaily editorial team researches & features the best new action figures and collectible toys.  ActionFiguresDaily.com may receive compensation if you click a link in this article and buy a product.