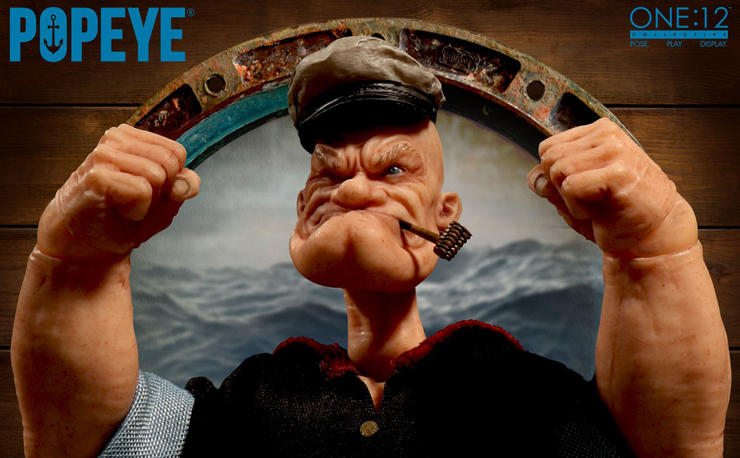 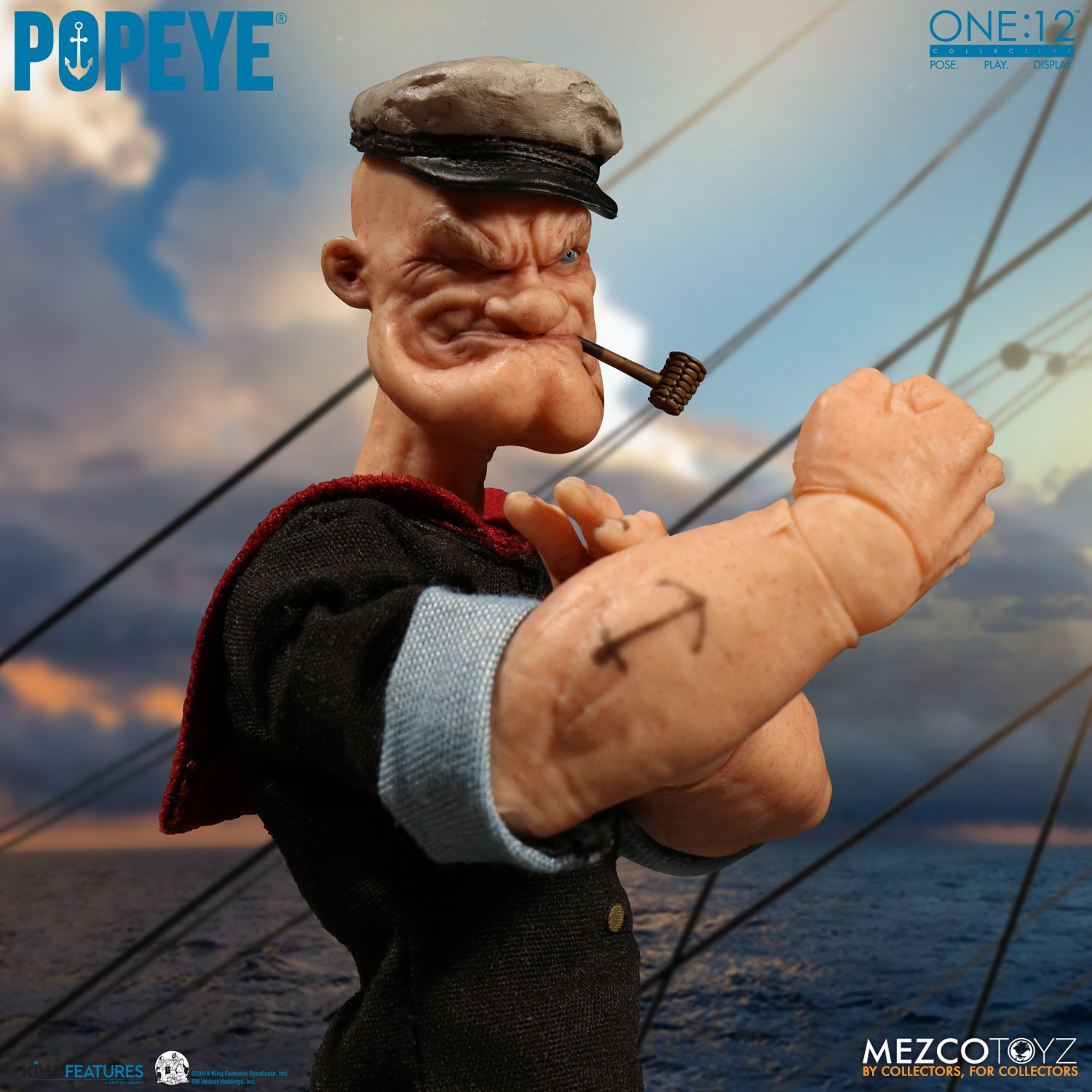 Mezco’s line of One:12 Collective Figures have really hit the comic book and film world hard when it comes to picking licenses to add to its popular line. This Popeye figure is a nice change of pace for the company. The likeness of the figure seems to be based on a realistic version of the cartoon icon. It is definitely a striking take on Popeye and you have to give Mezco a lot of credit for thinking outside of the box on this one. The Mezco Toyz One:12 Collective Popeye Figure is priced at $80.00, ships in Nov 2018 – Jan 2019, and is available for pre-order now at Entertainment Earth.

“Well blow me down!” Mezco welcomes the ocean’s most renowned spinach-loving sailor, Popeye, into the One:12 Collective.

He’s one tough Gazookus, which hates all Palookas! Created by E.C. Segar and first introduced in 1929, Popeye the Sailorman has become one of the most beloved and recognizable cartoon characters of all time. Known for his constant muttering, squinting, and superhuman strength after gulping down a can of spinach, Popeye will do whatever it takes to rescue his beloved Olive Oyl from the wicked hands of Bluto.

THE ONE:12 COLLECTIVE POPEYE FIGURE FEATURES:

Each One:12 Collective Popeye figure is packaged in a collector friendly box, designed with collectors in mind. 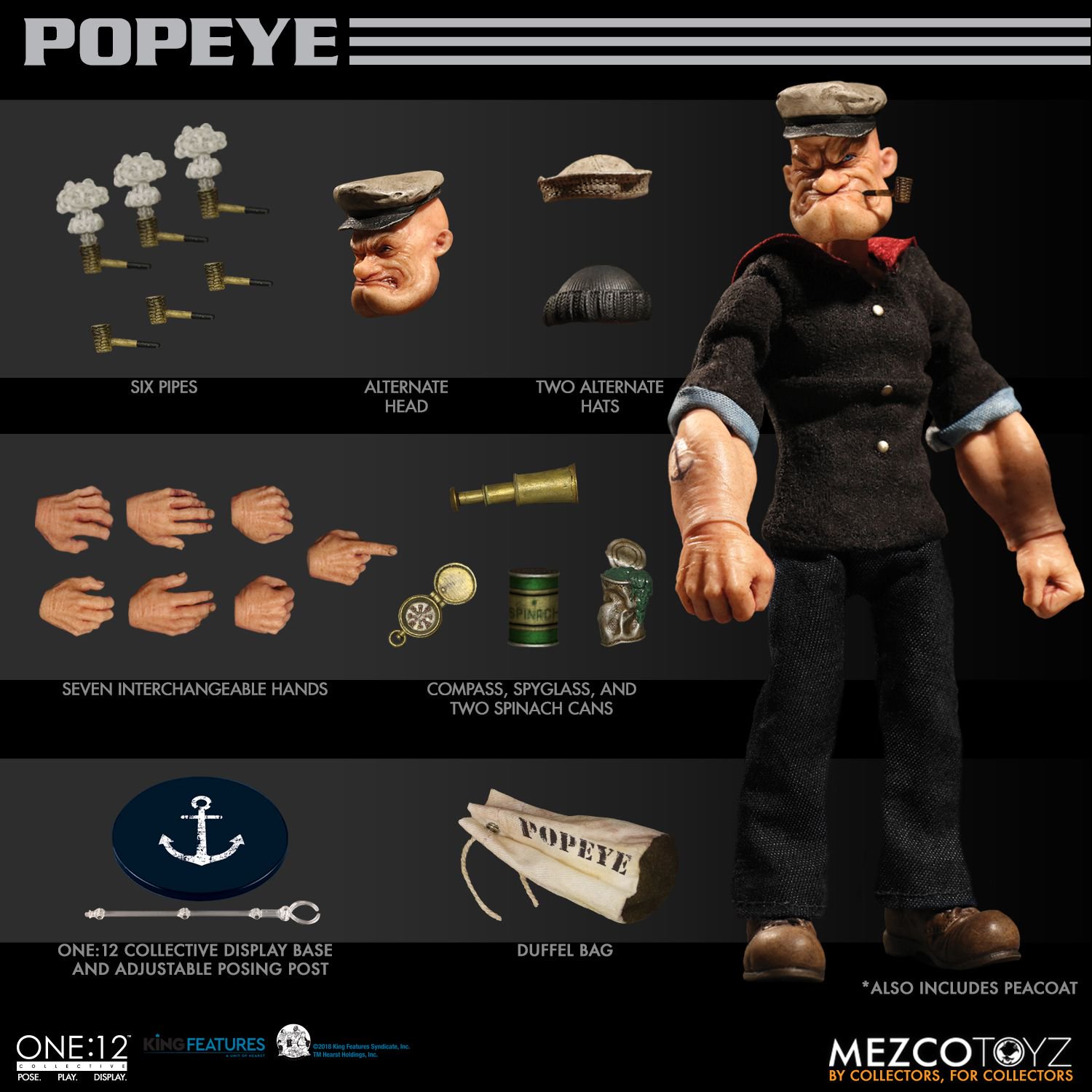 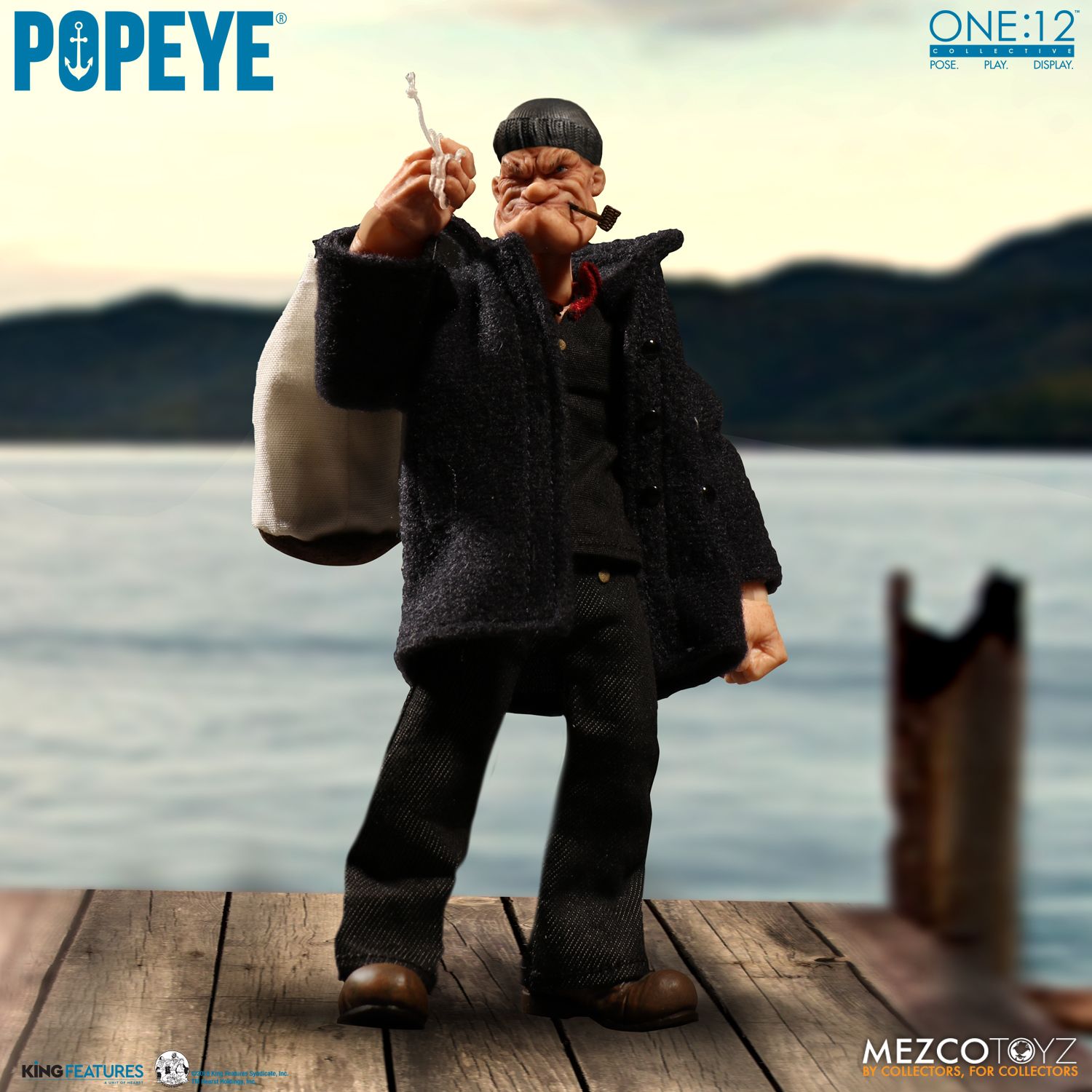 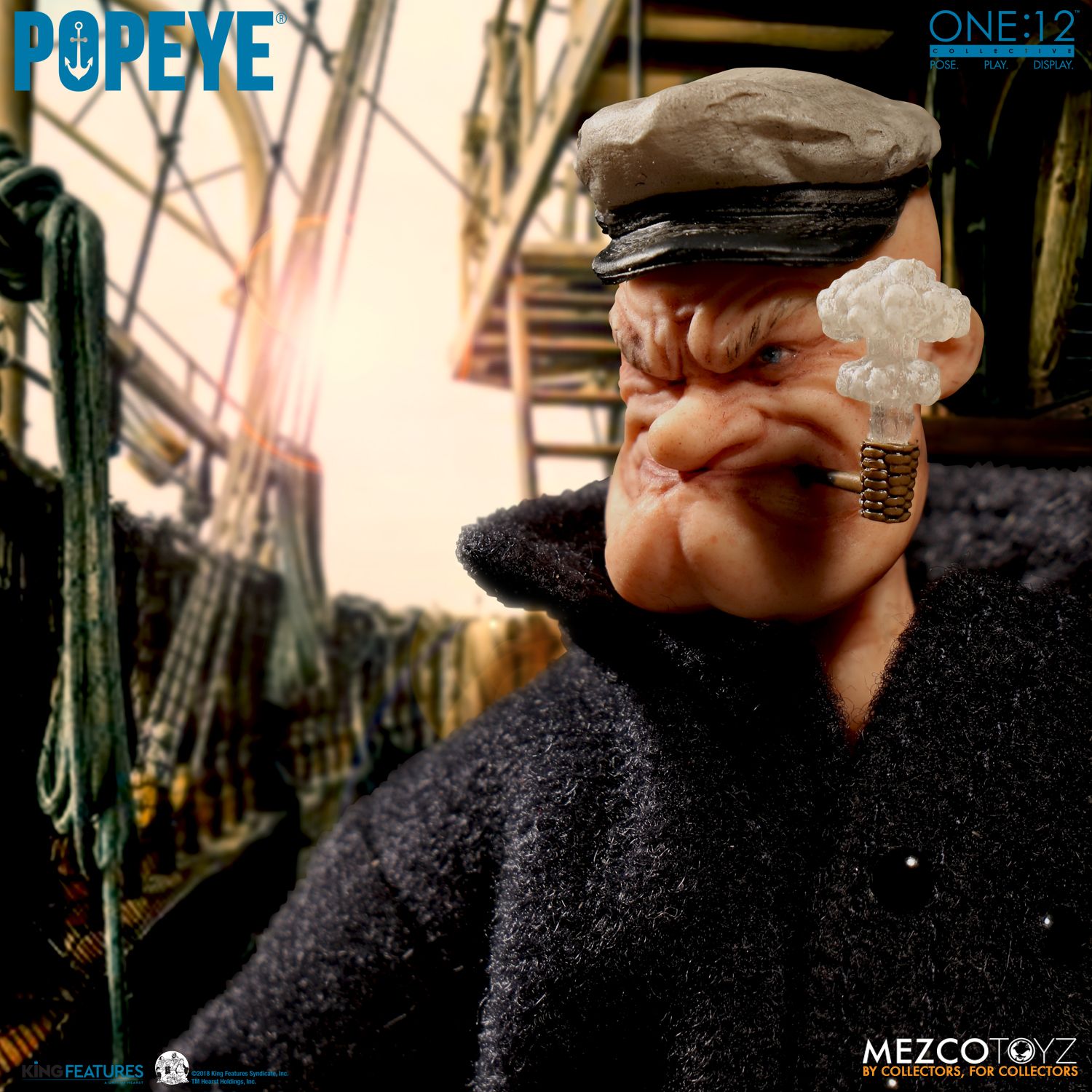 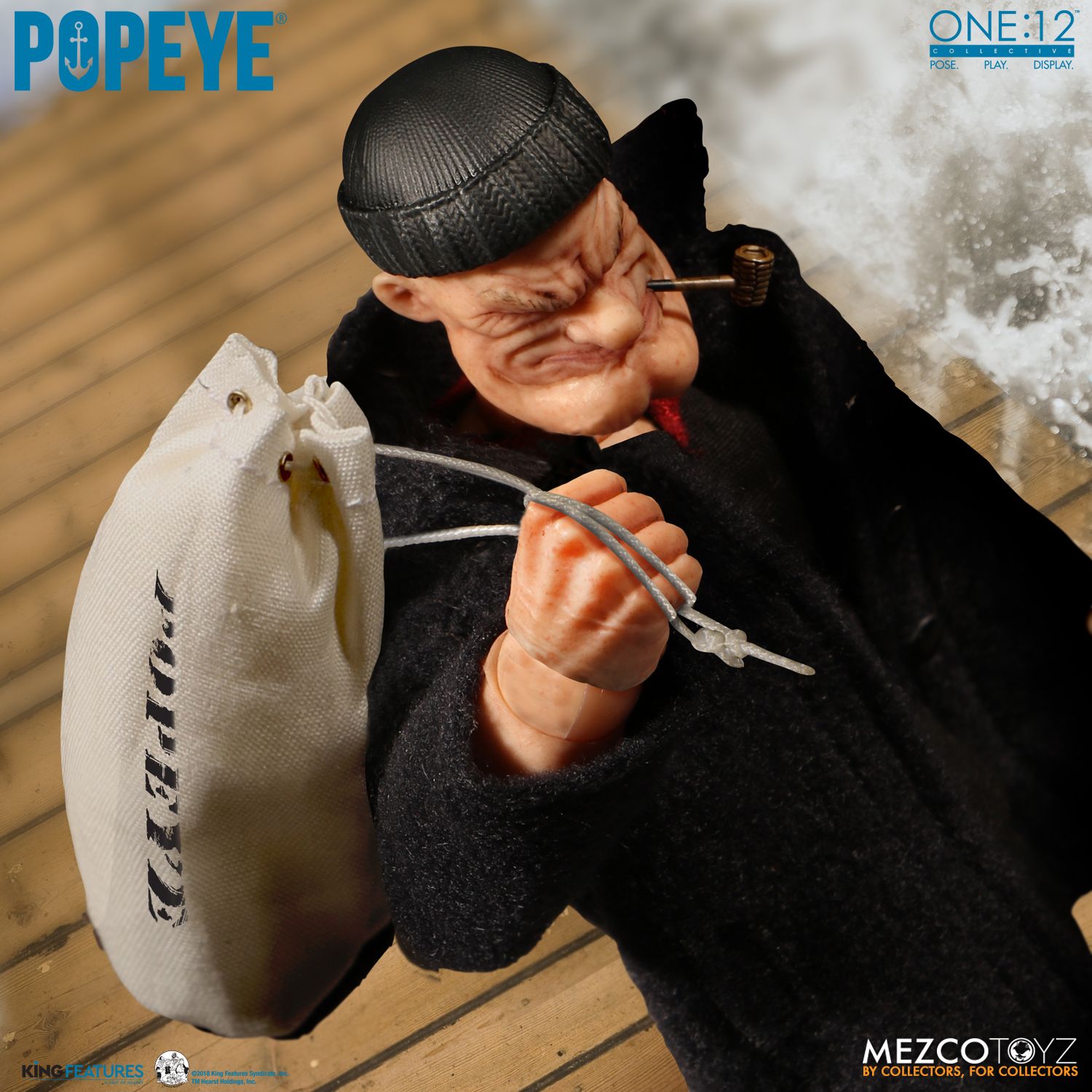 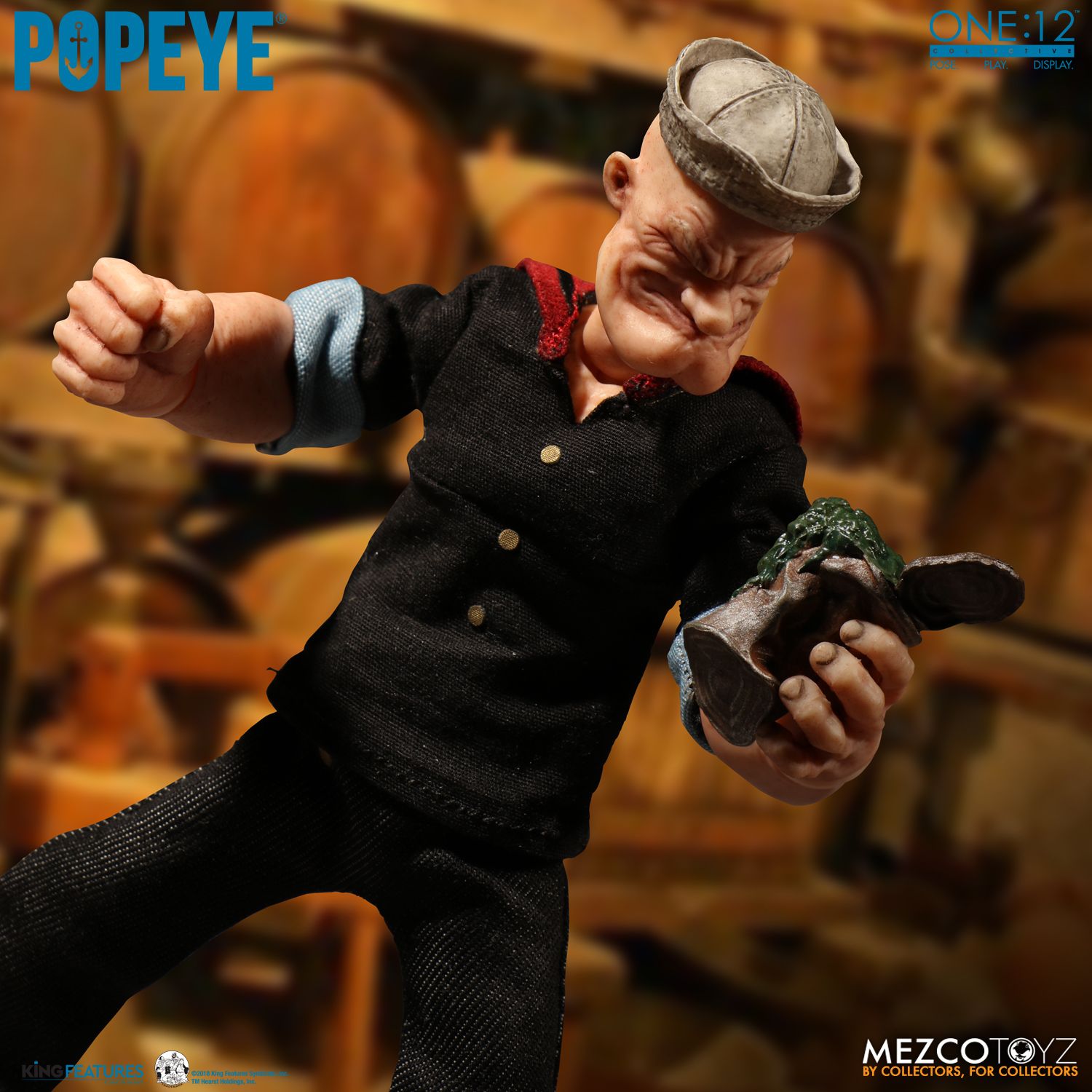 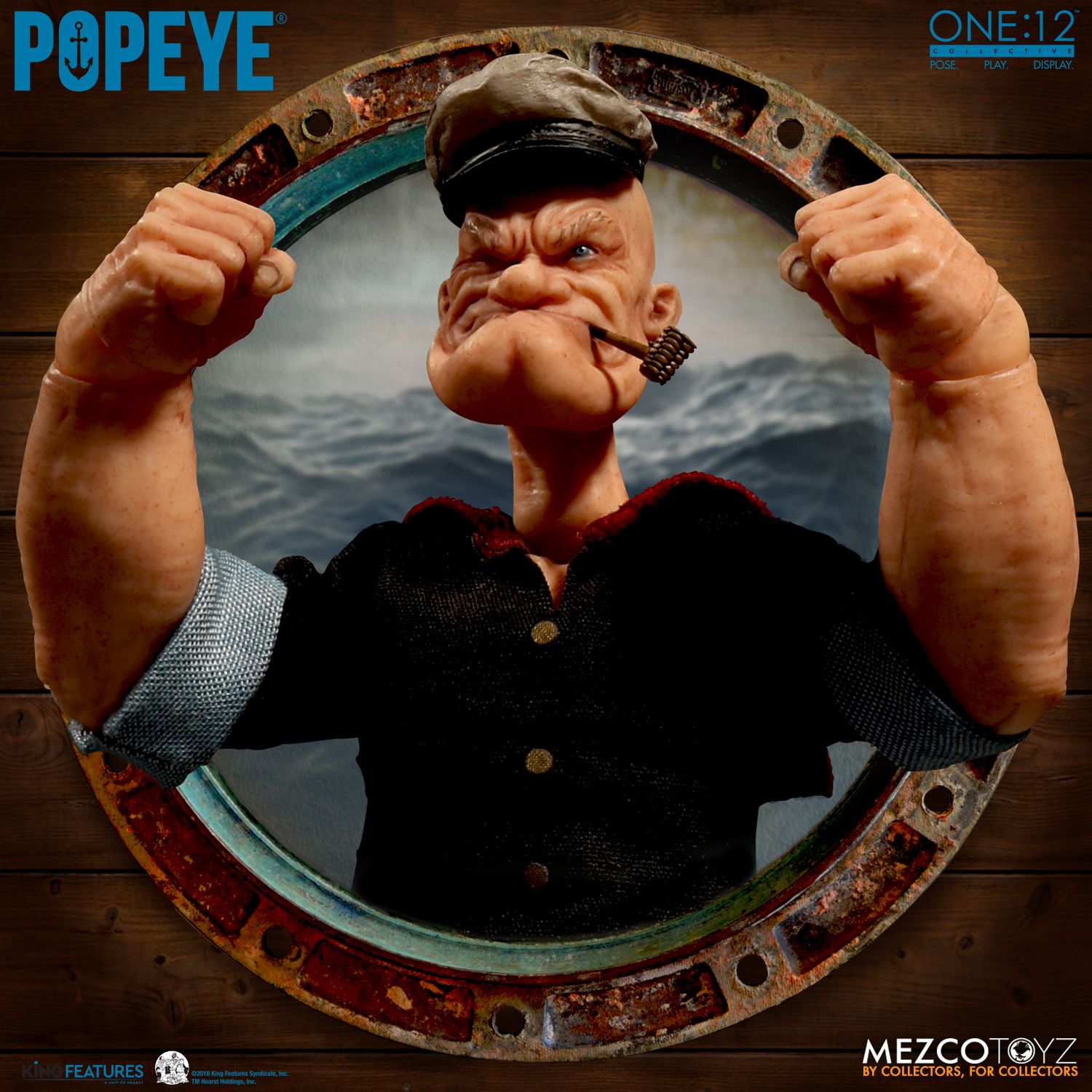 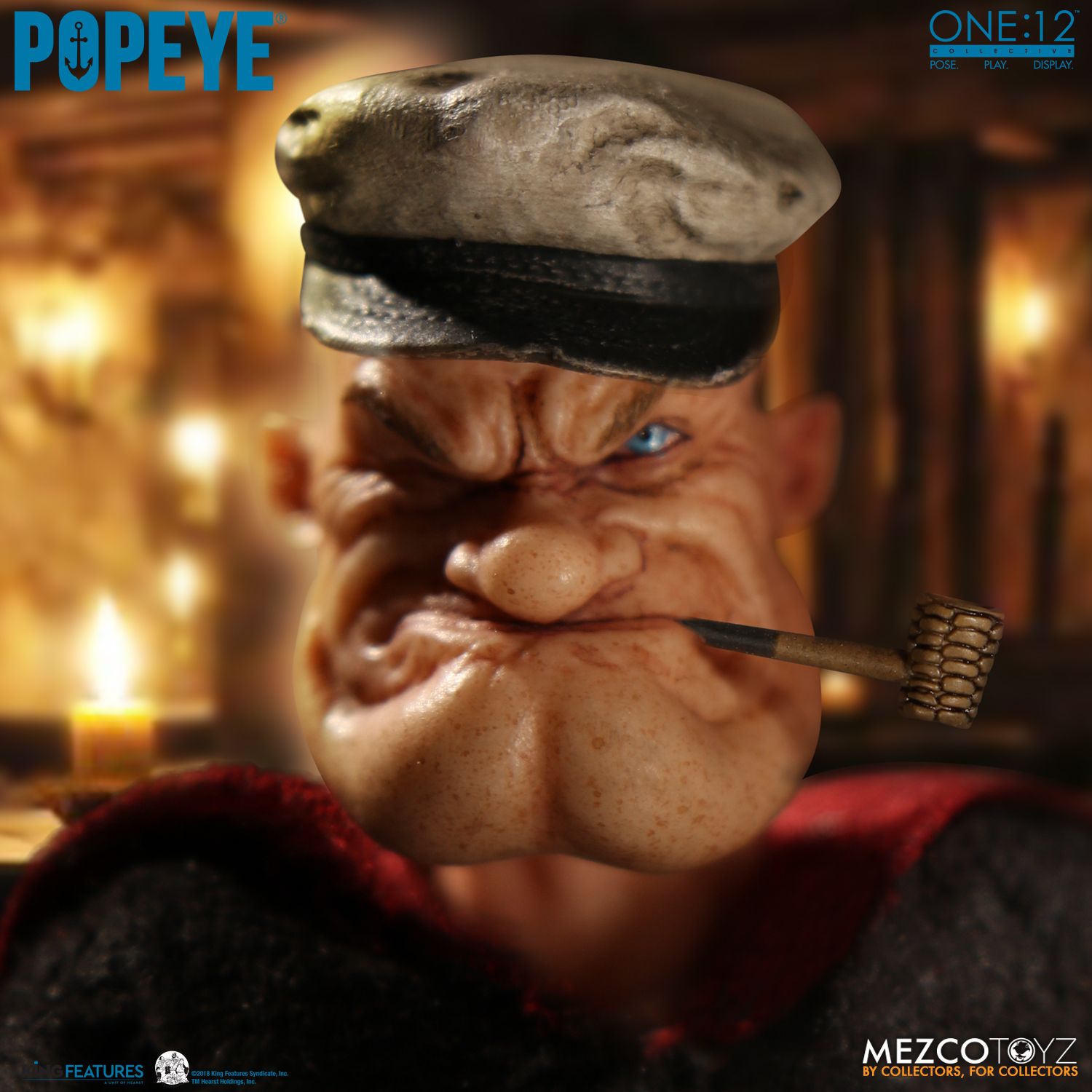