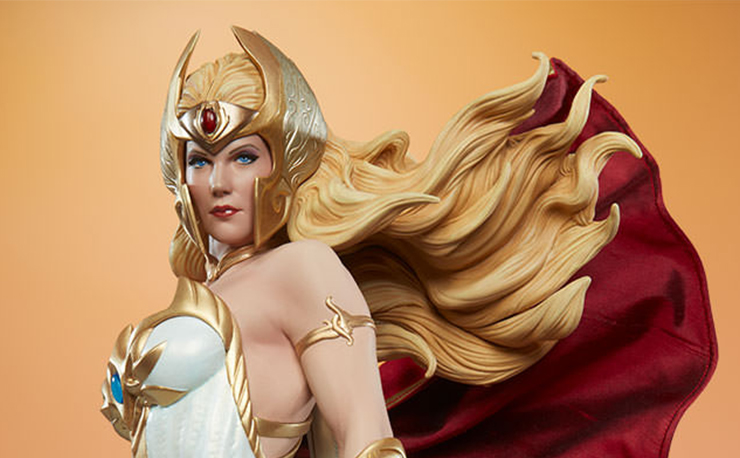 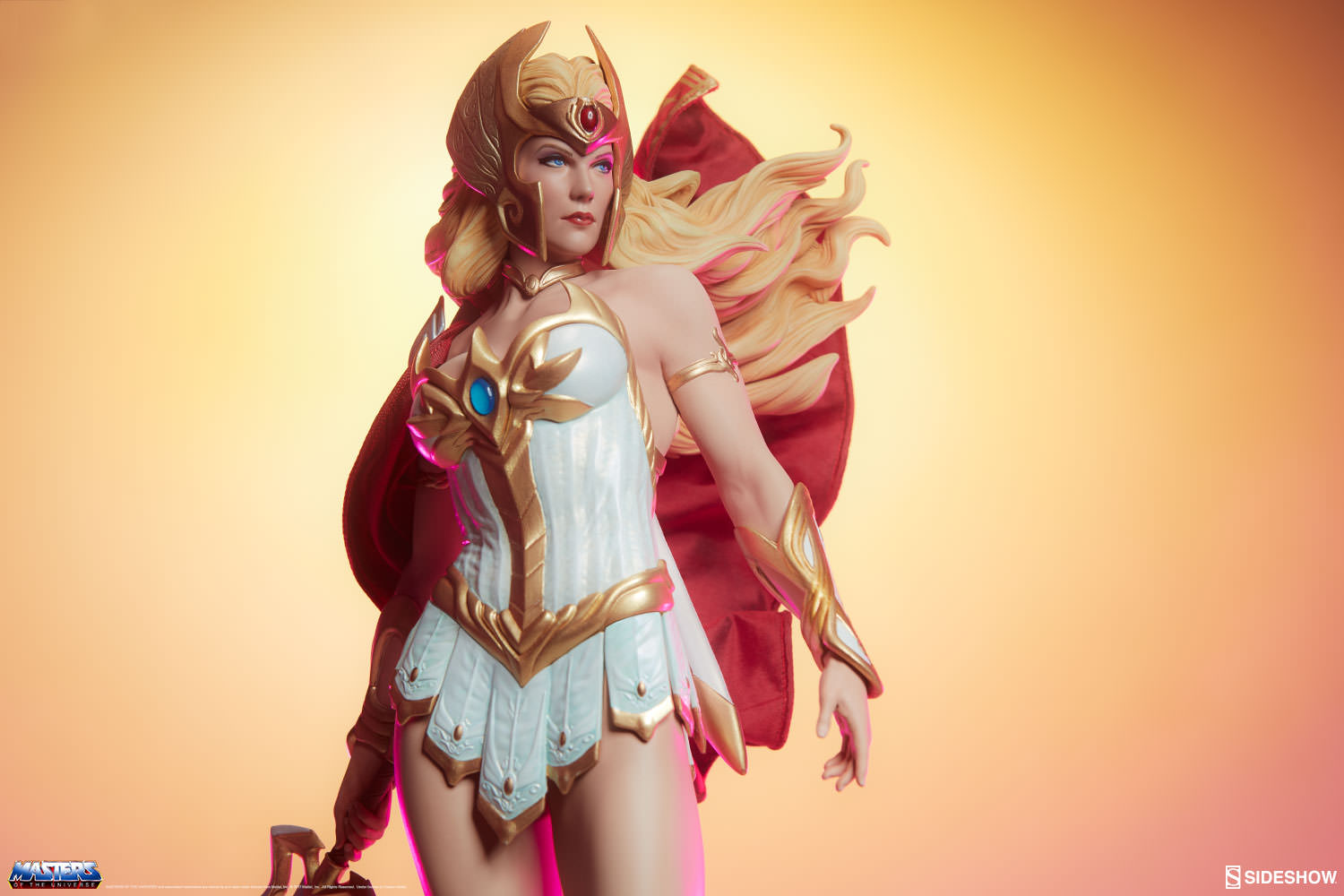 Debuting in 1985, She-Ra: Princess of Power burst onto the scene in a special Masters of the Universe movie entitled He-Man and She-Ra: The Secret of the Sword. The alter ego of Princess Adora and twin sister to He-Man, She-Ra immediately became a fan favorite. We’ve been waiting for She-ra to be given her due with an awesome collectible and now thanks to Sideshow, that day has come.

Standing at 20” tall, this 1/5 scale statue features the Princess of Power standing atop an exquisitely designed pedestal, while she holds her Power Sword in her hand. The statue also comes with a removable wired cape, giving you the freedom to pose it in anyway you wish. As an added bonus for those that order the Sideshow Exclusive, the statue also comes with a swappable left arm so you can display She-Ra with both her sword and shield.

You can pre-order Sideshow’s Masters of the Universe She-Ra Statue now and expect to receive it sometime between April and June of 2018. 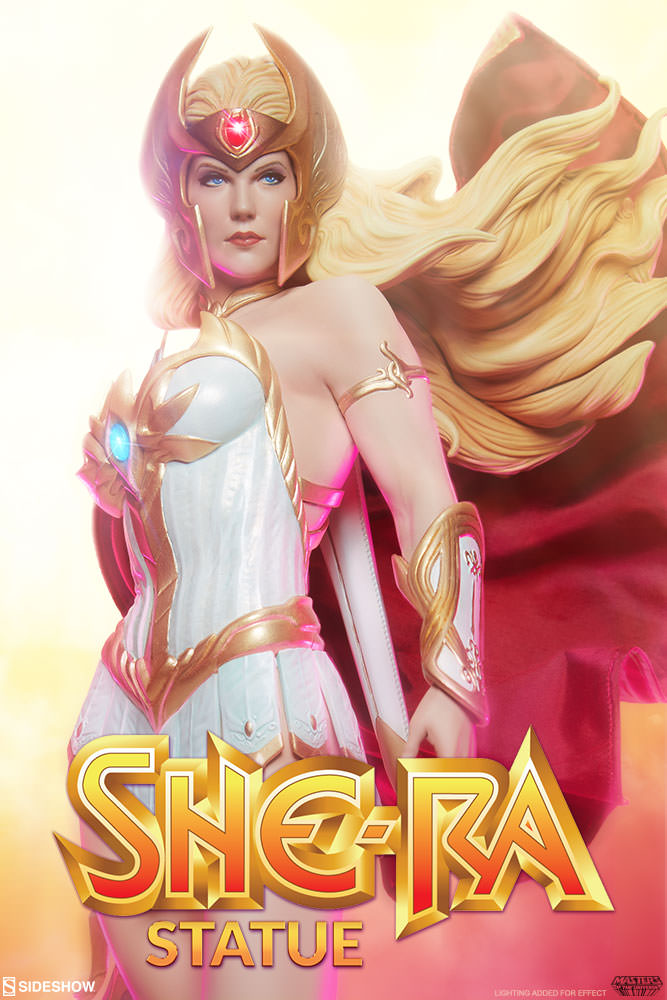 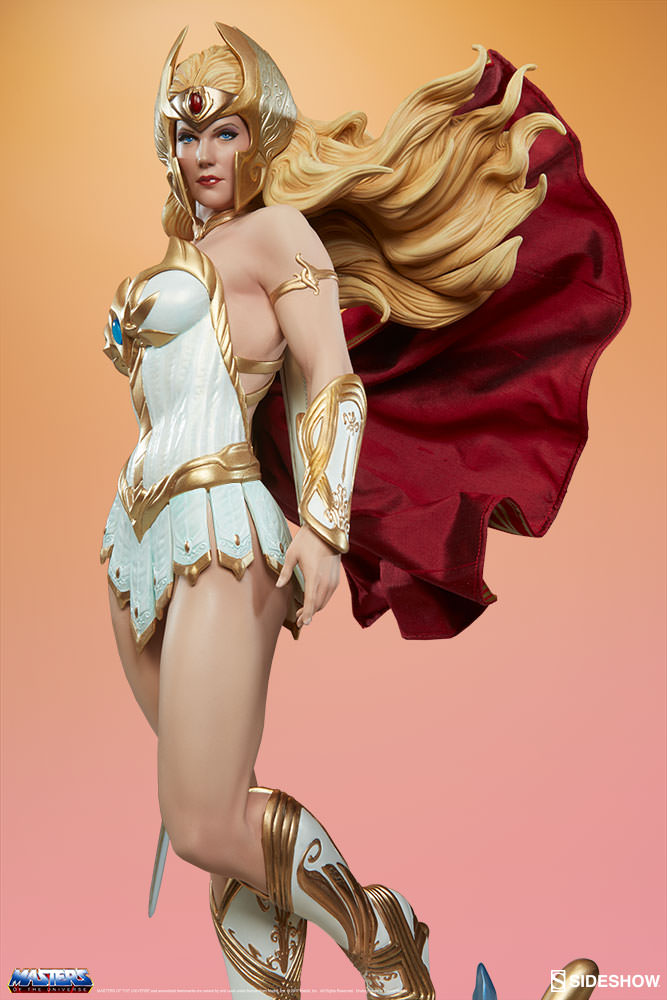 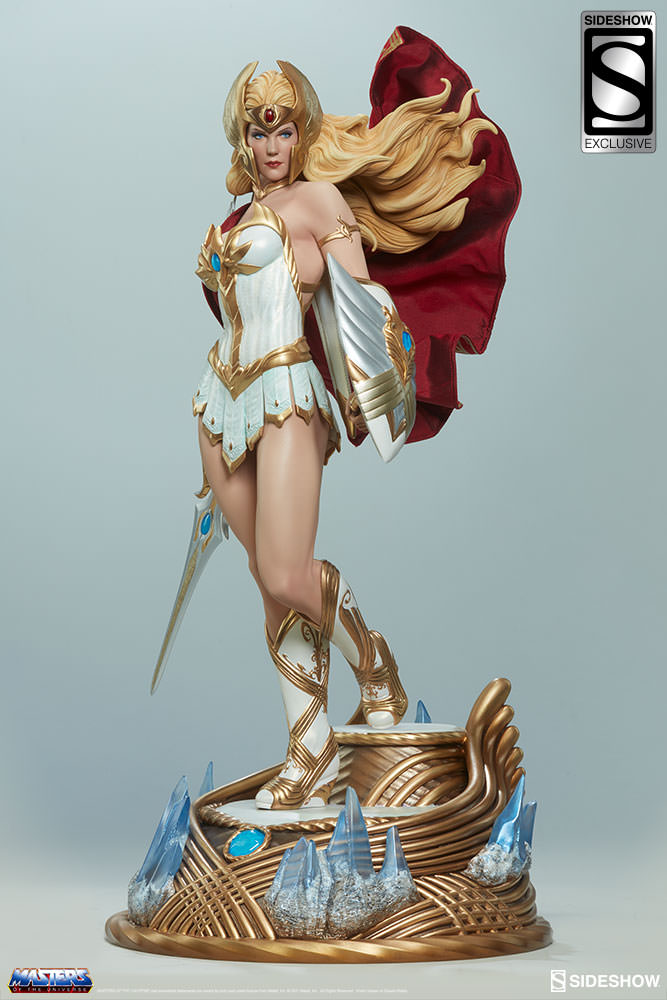 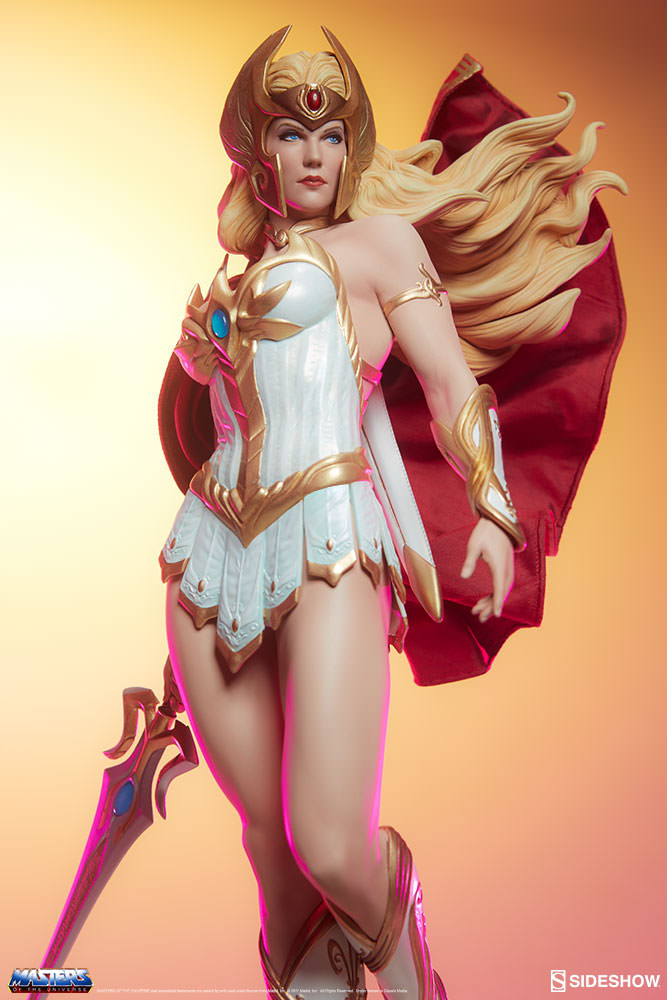 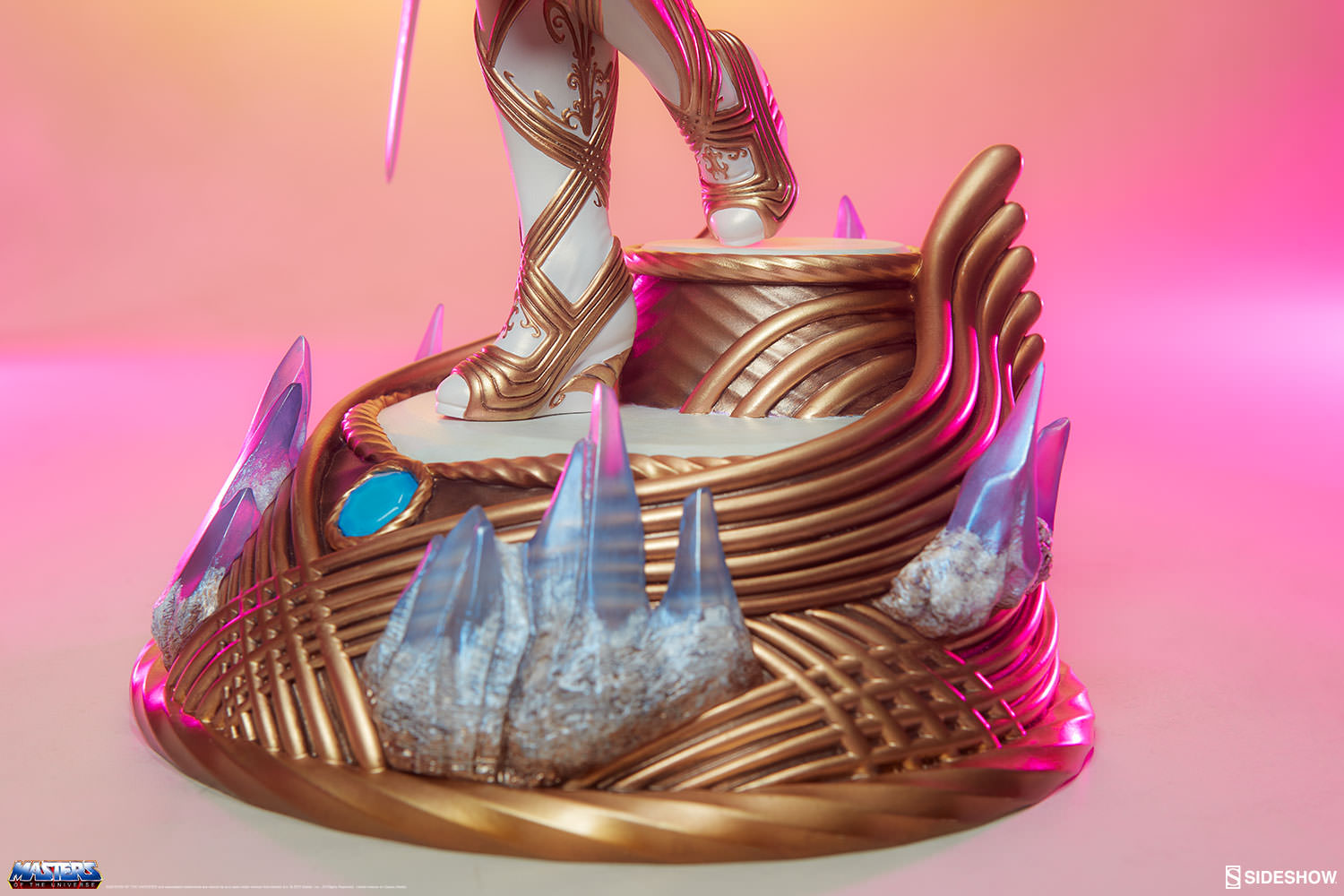 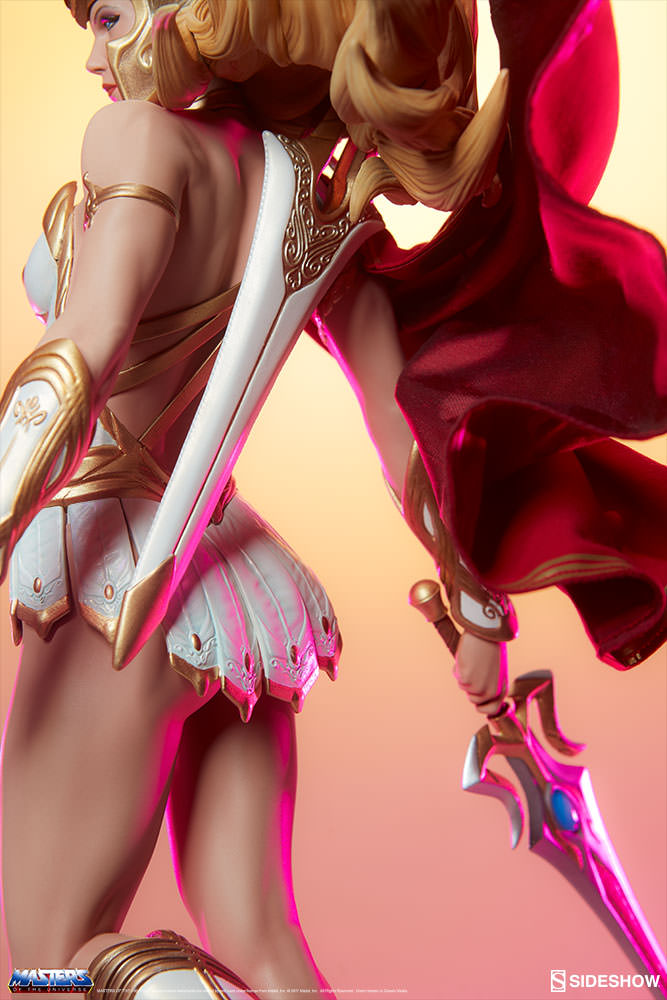 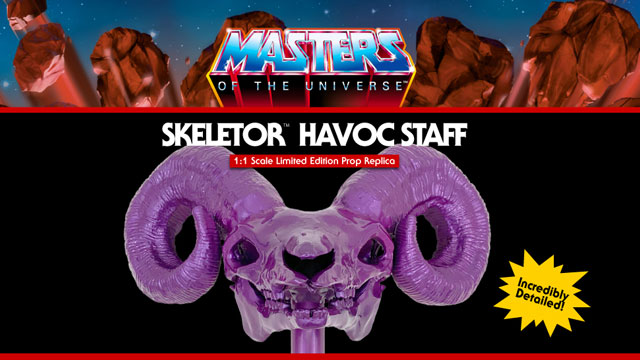