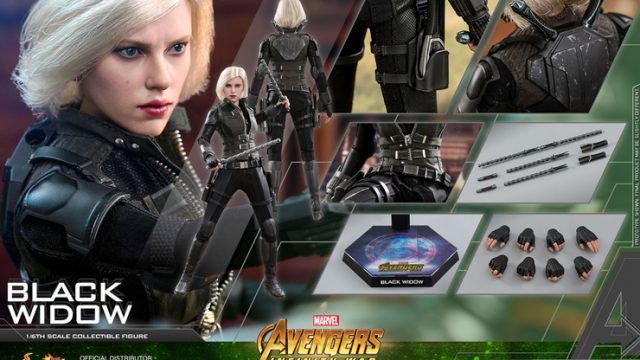 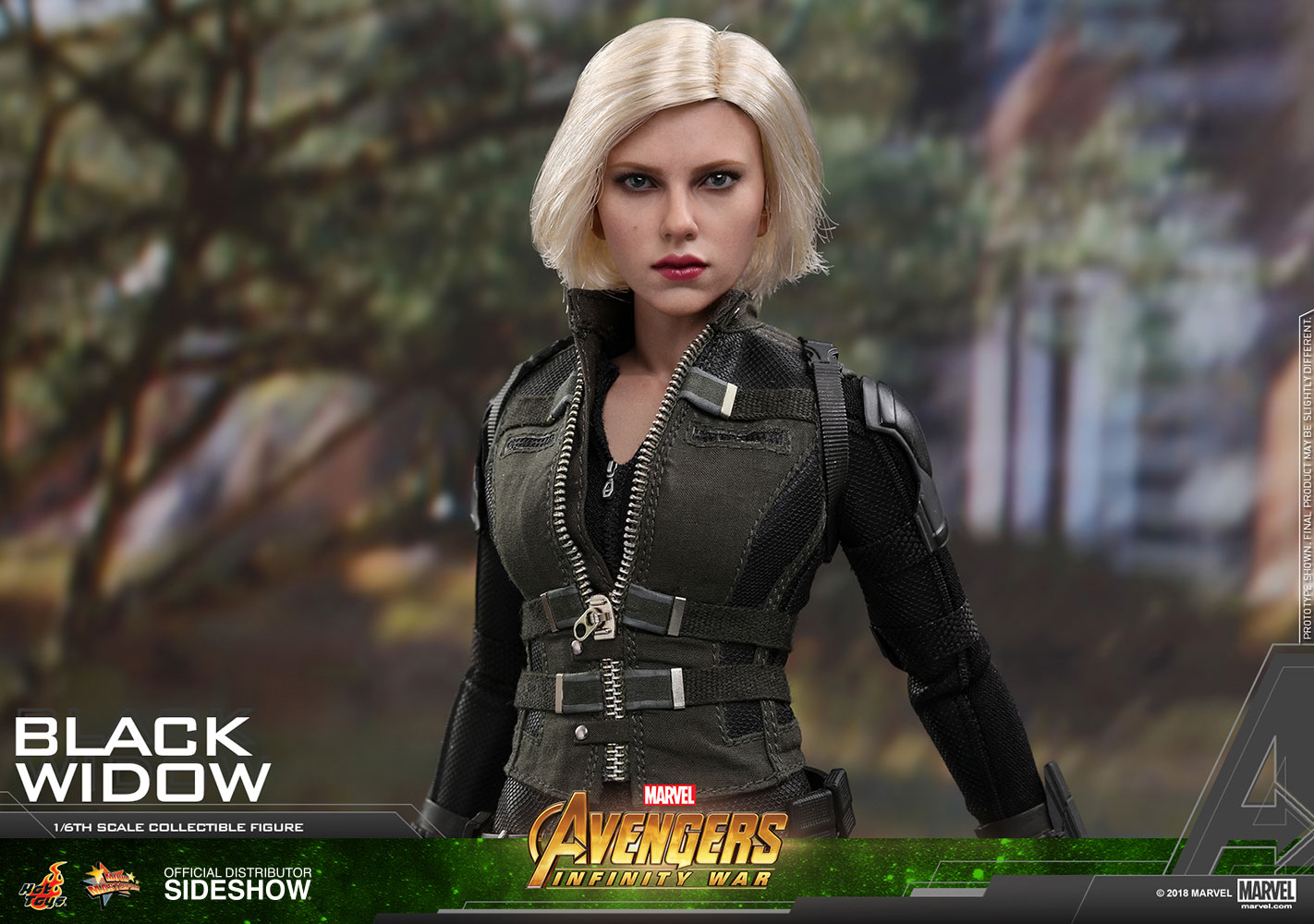 Black Widow hasn’t gotten her own movie yet, but she has gotten plenty of Hot Toys figures. Every Black Widow appearance in the Marvel Cinematic Universe, starting with Iron Man II, has been captured in Sixth Scale Figure form. You can definitely see how far Hot Toys has come when you look back at how much stronger the Scarlett Johansson likeness has gotten over the years. This Hot Toys Avengers Infinity War Black Widow is quite possibly the best version of the spy we have ever gotten. Black Widow ships in Oct 2018 – Dec 2018. You can pre-order the figure now at Sideshow Collectibles.

Everything the Avengers have fought for has led up to this moment – the fate of Earth and existence itself has never been more uncertain. Black widow, who is one of the deadliest spies in the world, will find herself once again assembling with the Avengers when the greatest cosmic threat ever known descends on Earth.

Do not miss out on the opportunity to add the new stunning Black Widow to your Avengers: Infinity War collection! 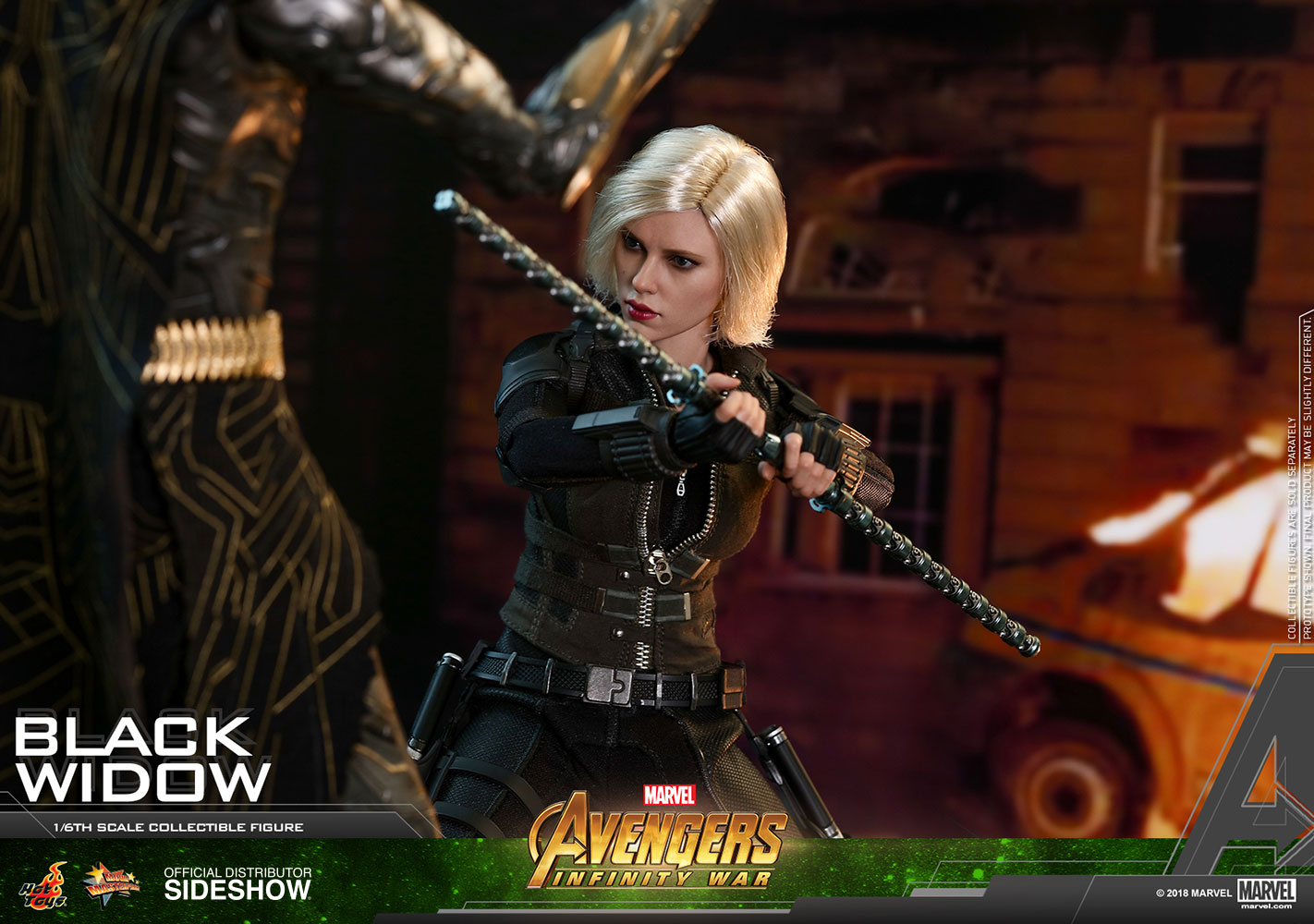 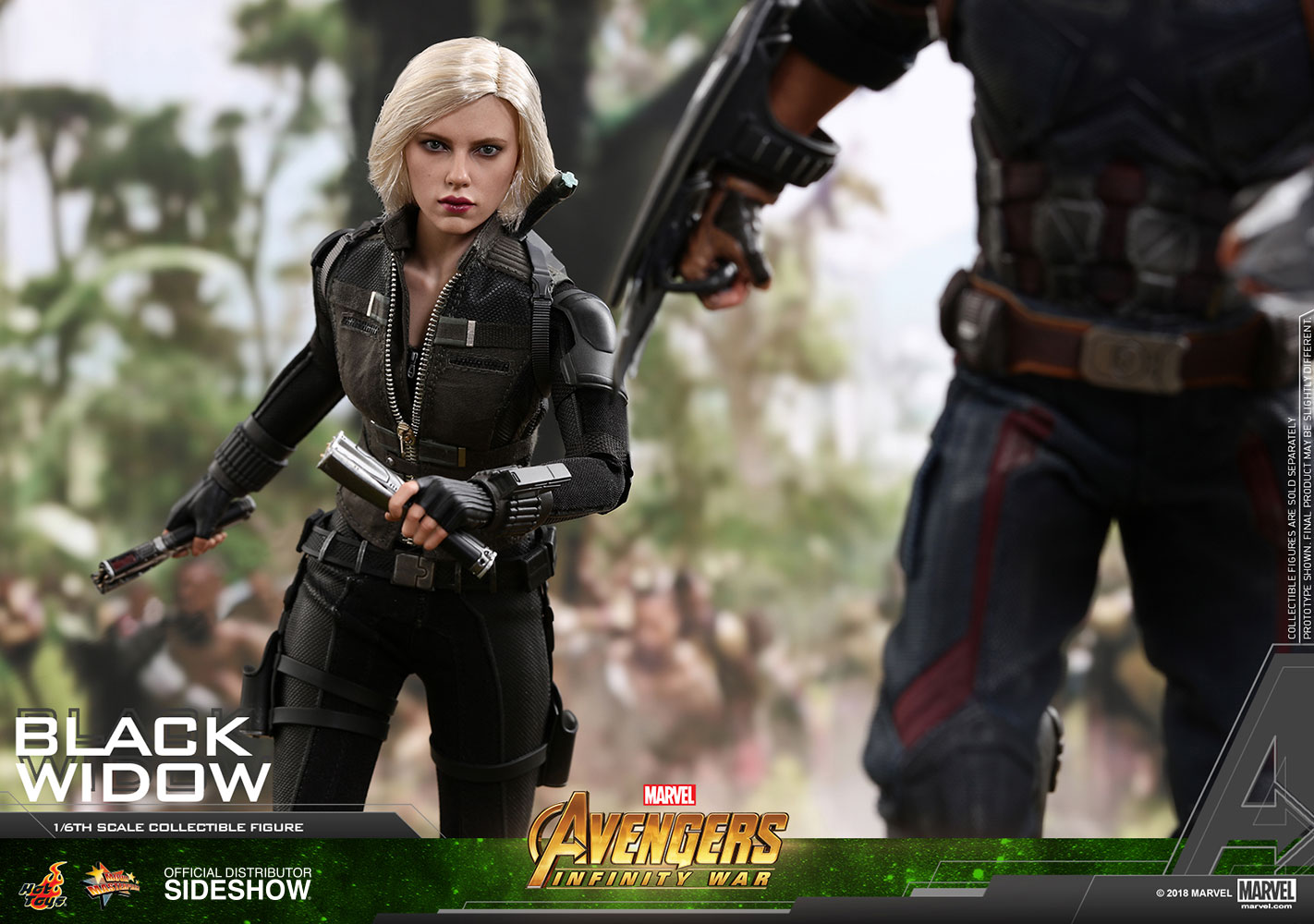 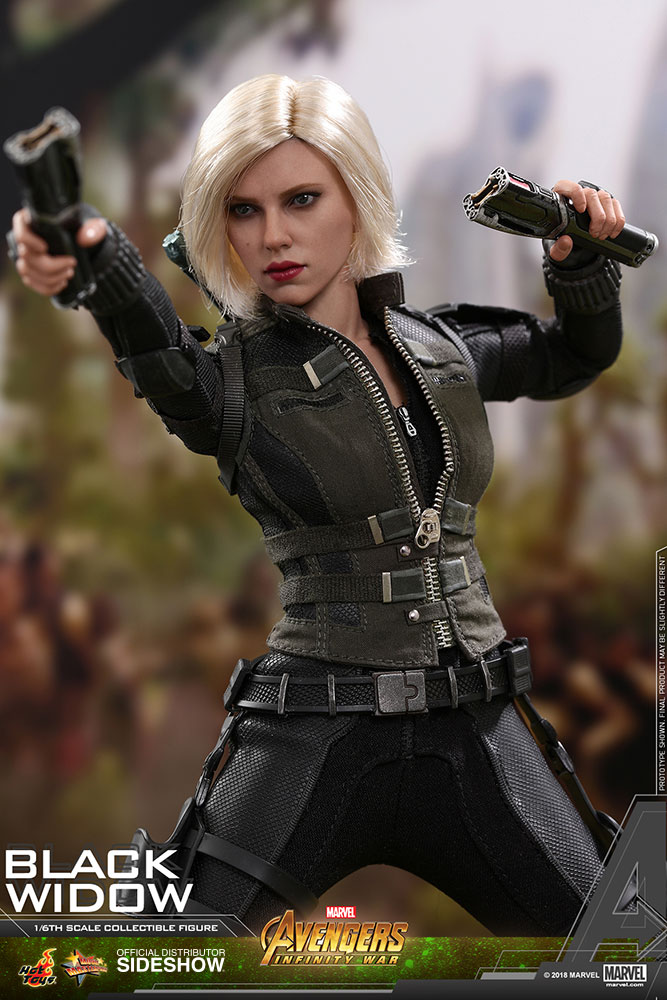 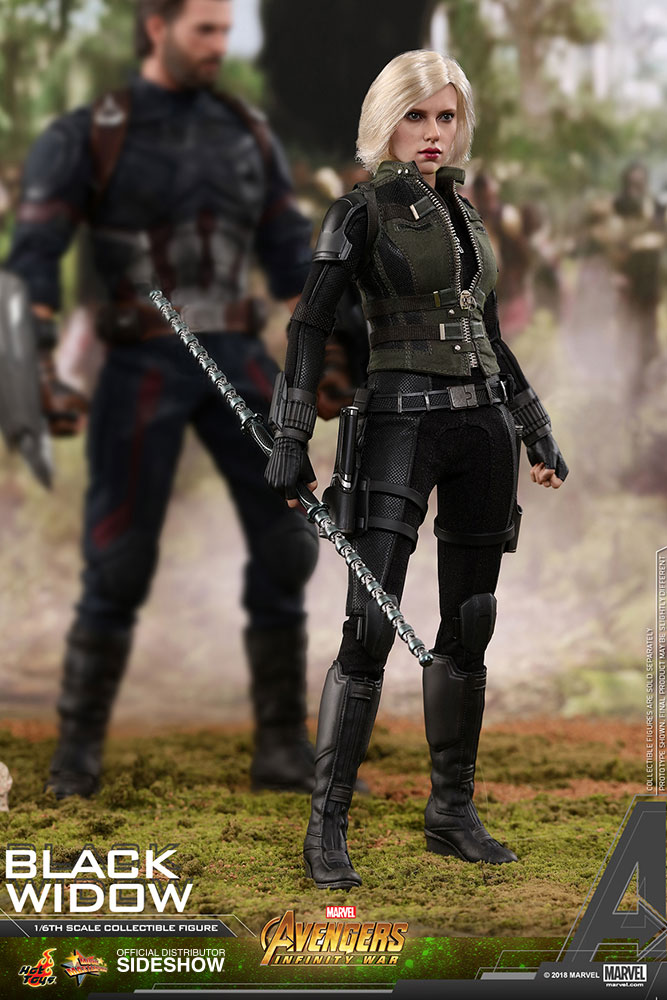 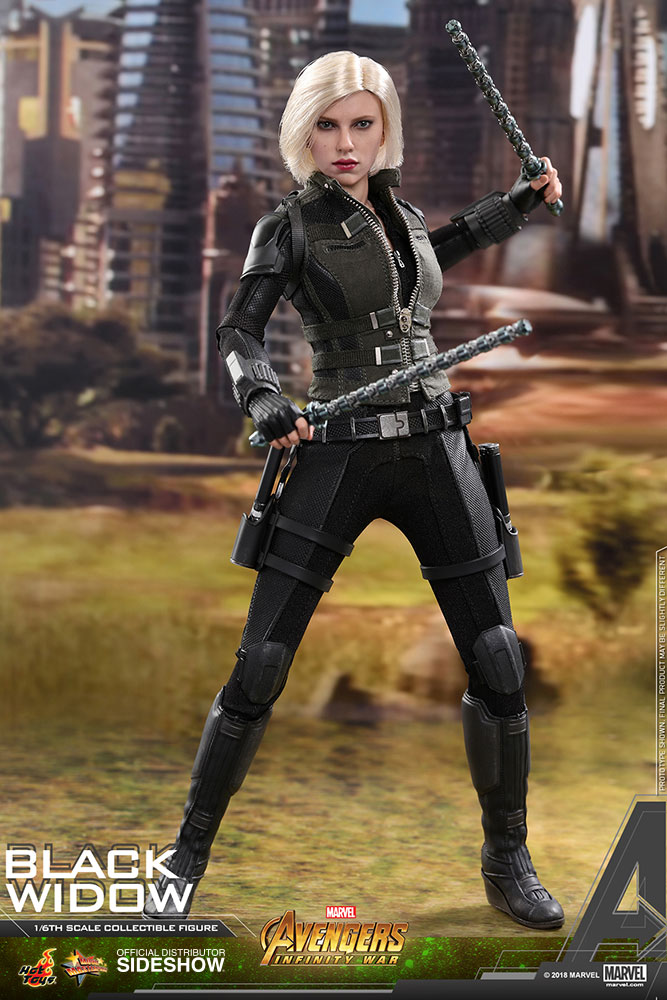 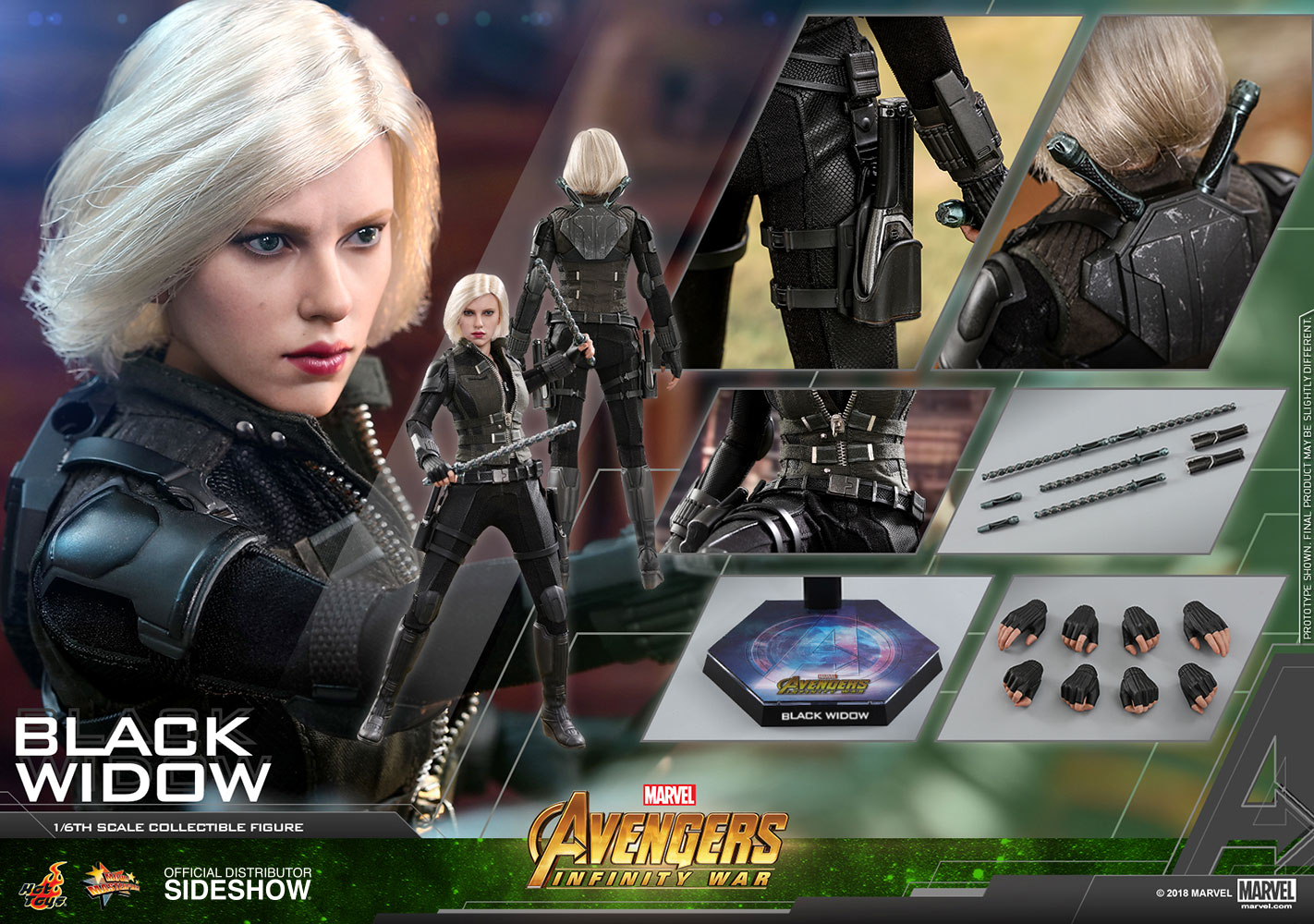