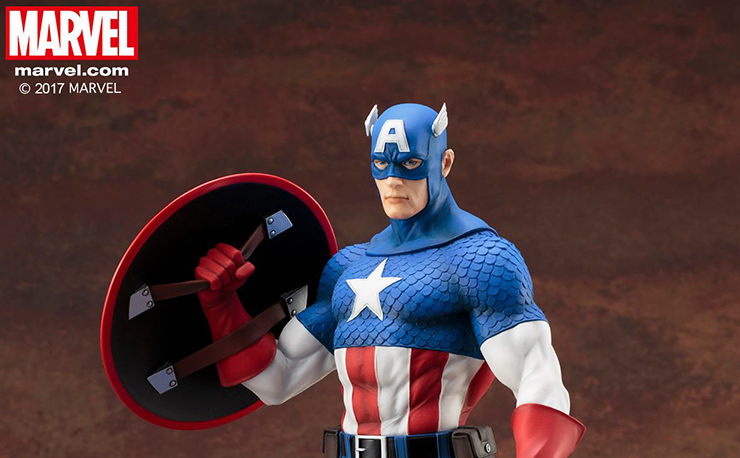 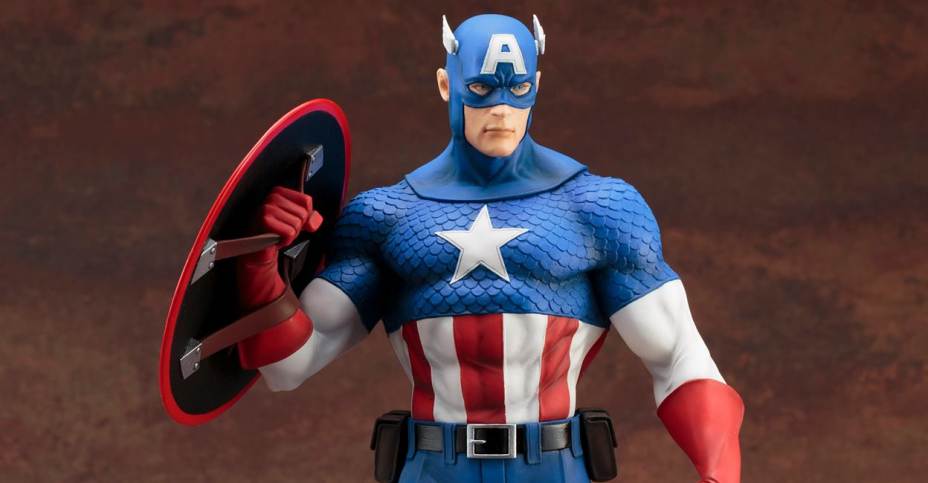 Steve Rogers might have been a member of Hydra all along and his recent actions may seem unforgivable, but in our hearts he’ll always be Captain America. And as much as we love Chris Evans and the MCU version of the character and his costume, nothing will ever beat the original from the comics. Thankfully, Kotobukiya have crafted one of the coolest looking Captain America collectibles ever with this amazing new ARTFX statue.

The first in Kotobukiya’s “Modern Myth” line of statues which takes classic character looks and updates them for today, this 1:6 scale Captain America statue features Steve Rogers in his most iconic costume while ready for action with his famous shield on his right arm. This statue also stands on a specially made base depicting rubble from a possible fight with the Chitauri in New York.

Shipping between November and December, check back here at AFD for pre-order info coming soon. 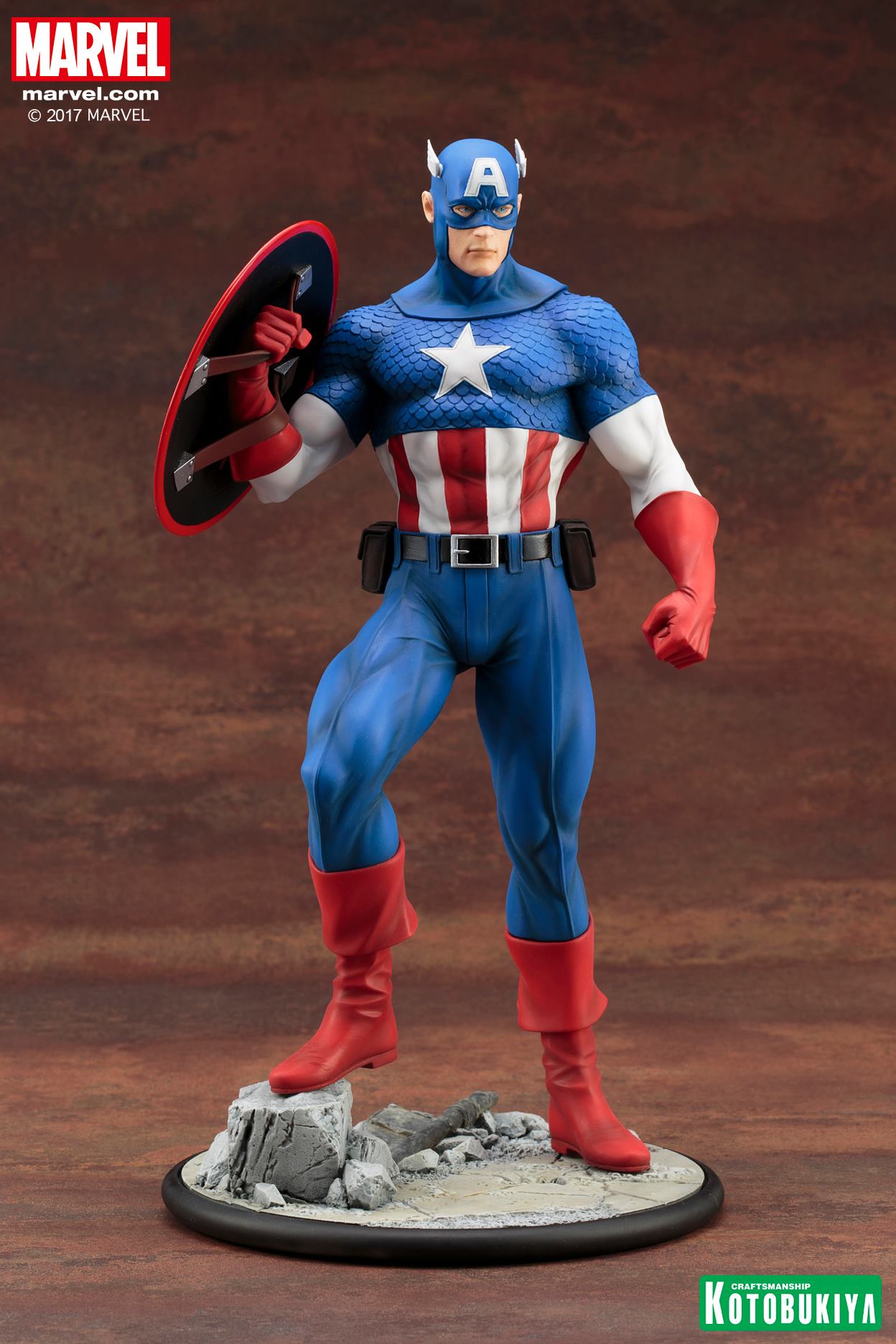 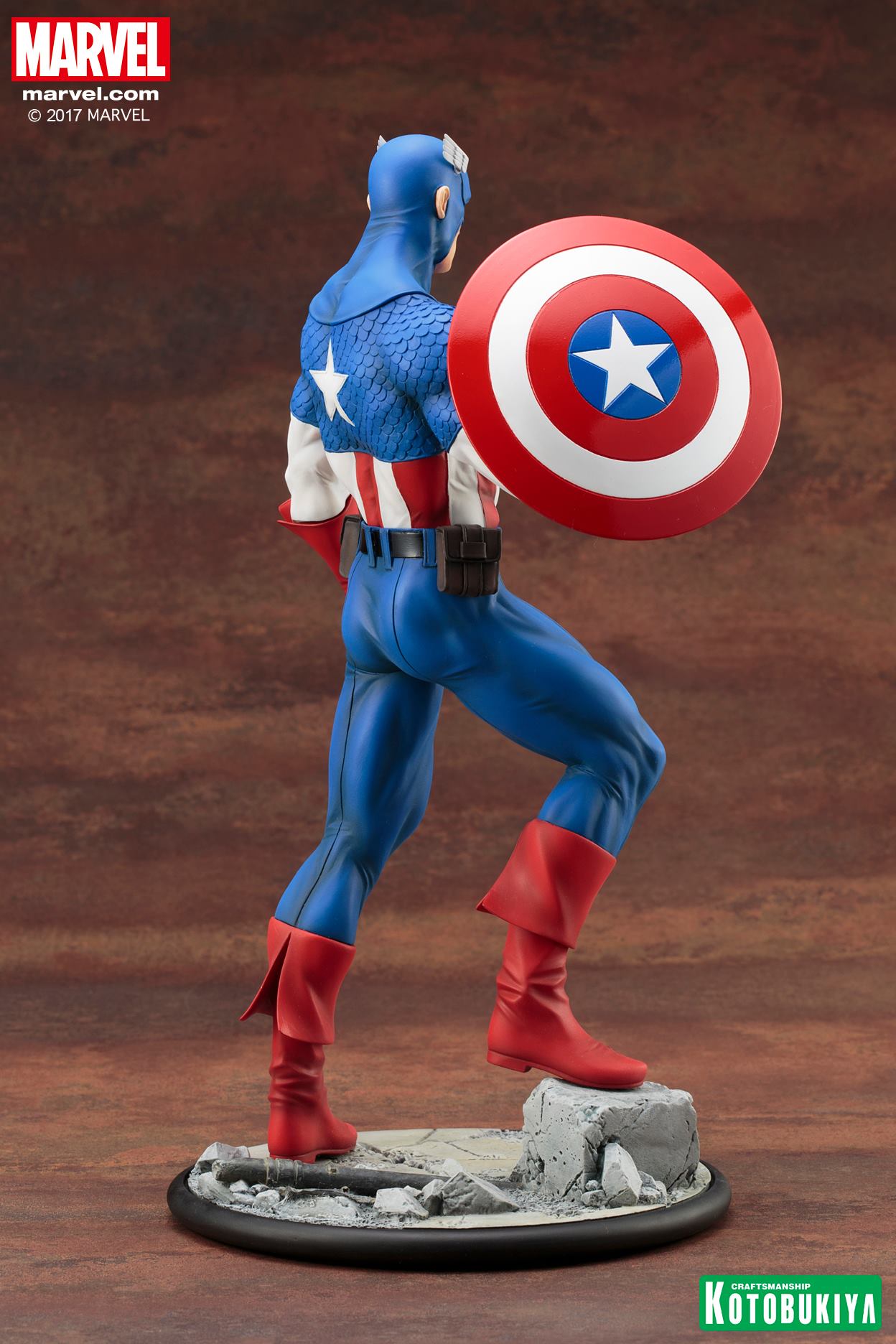 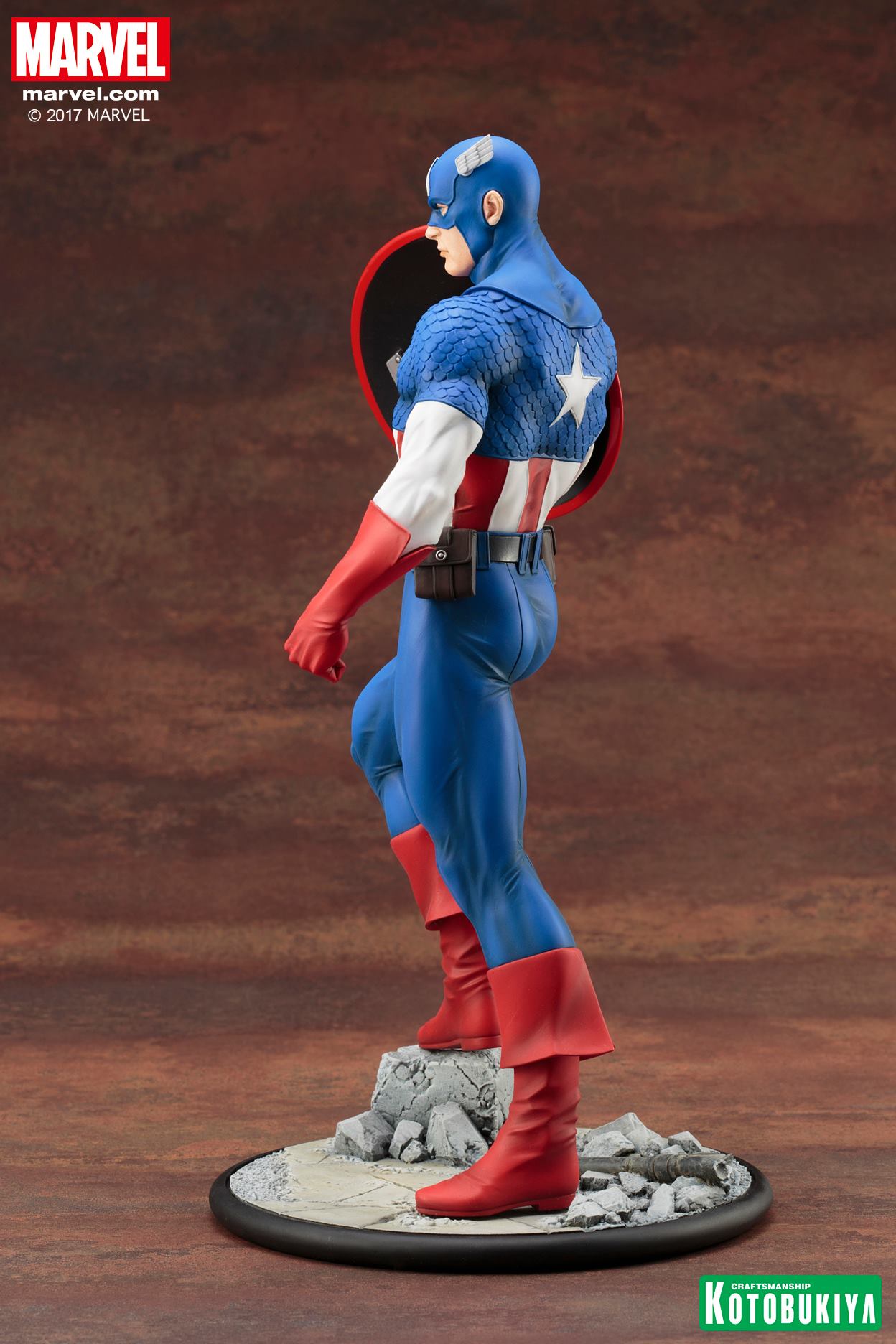 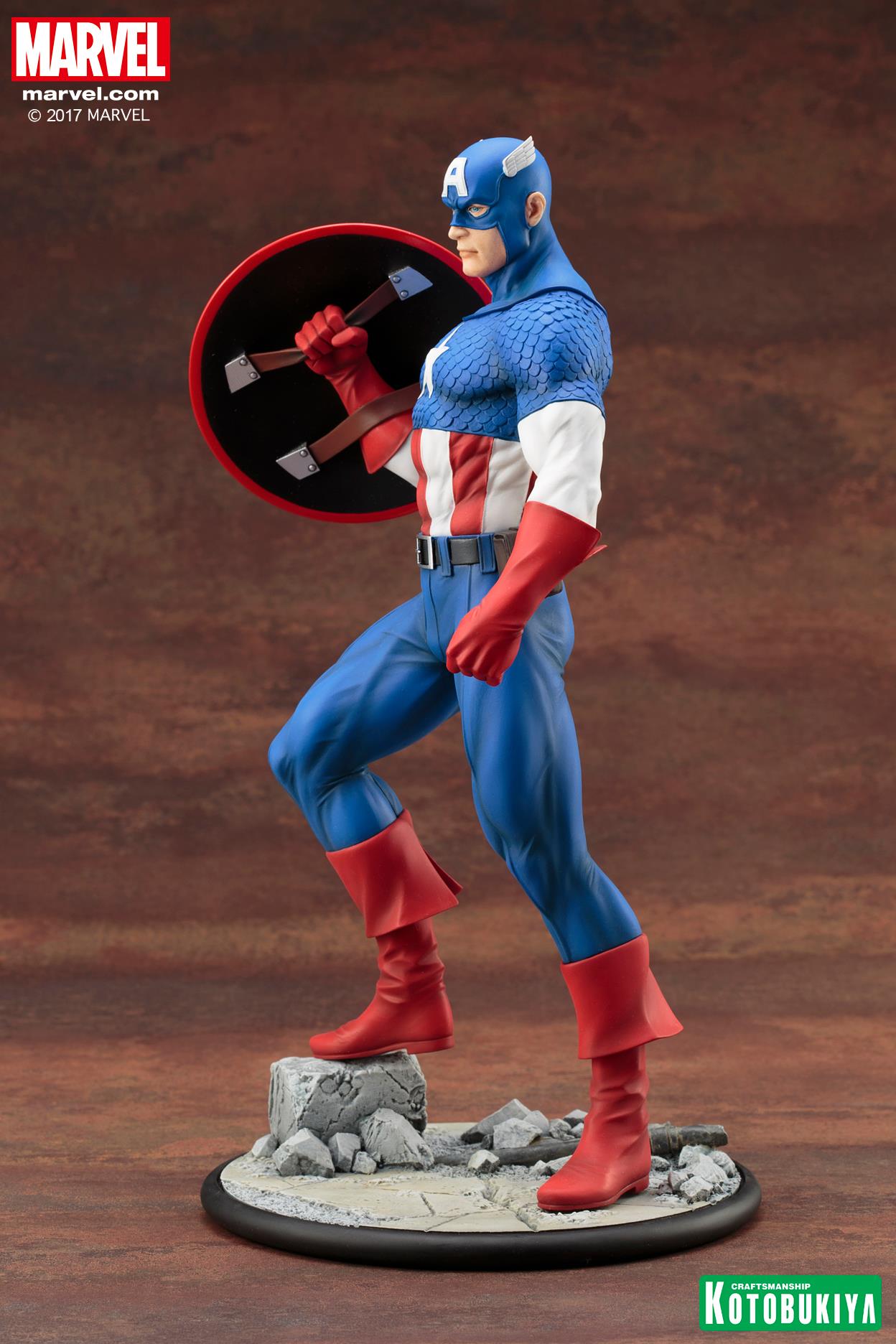 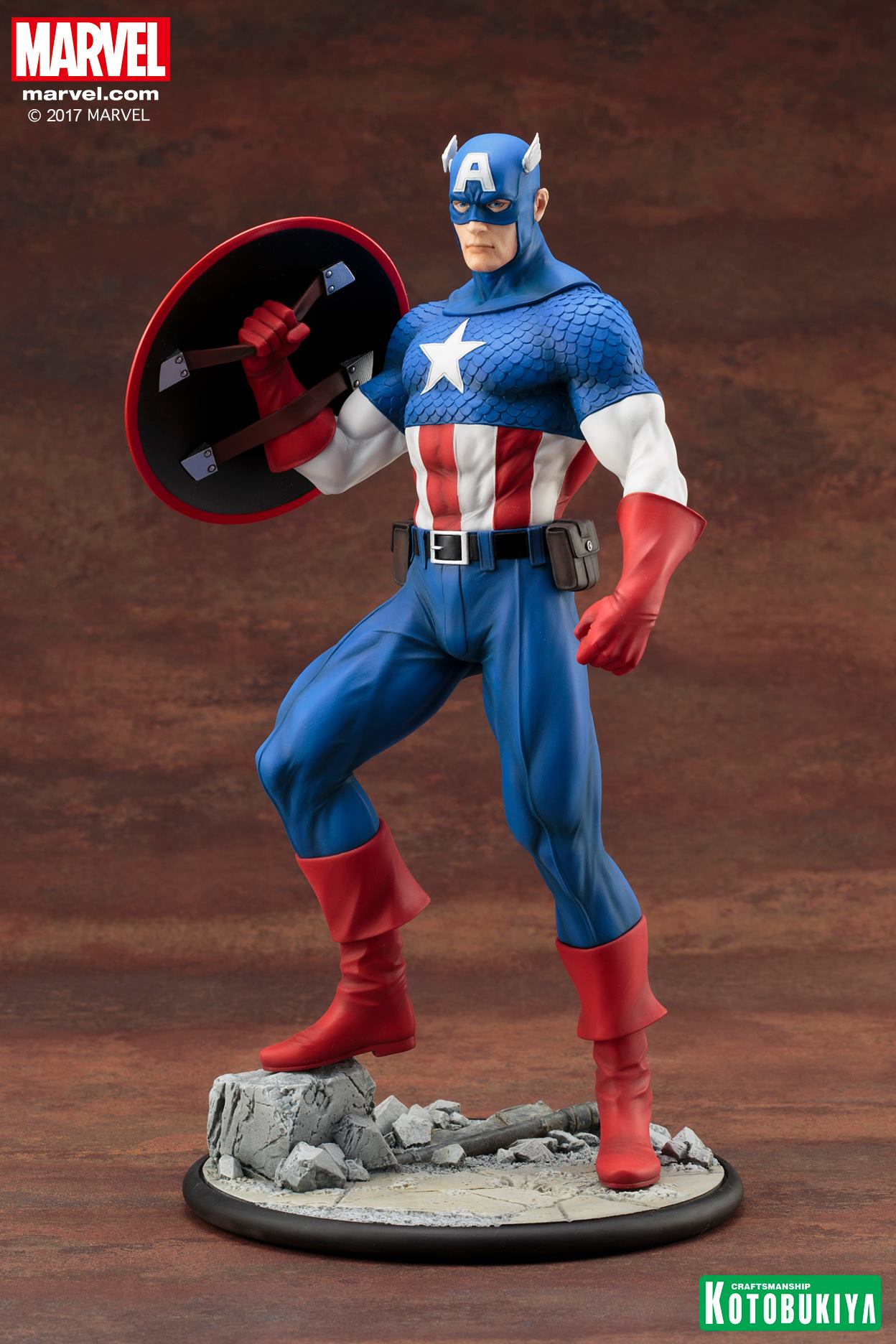 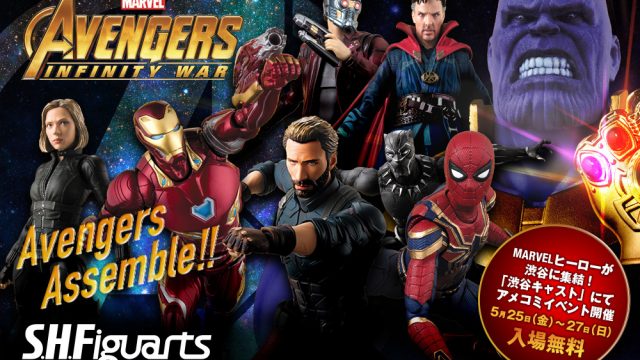 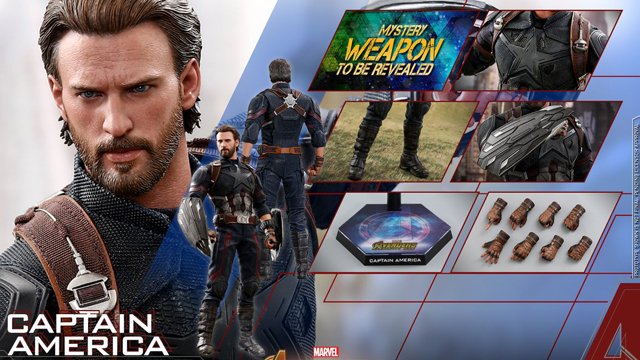