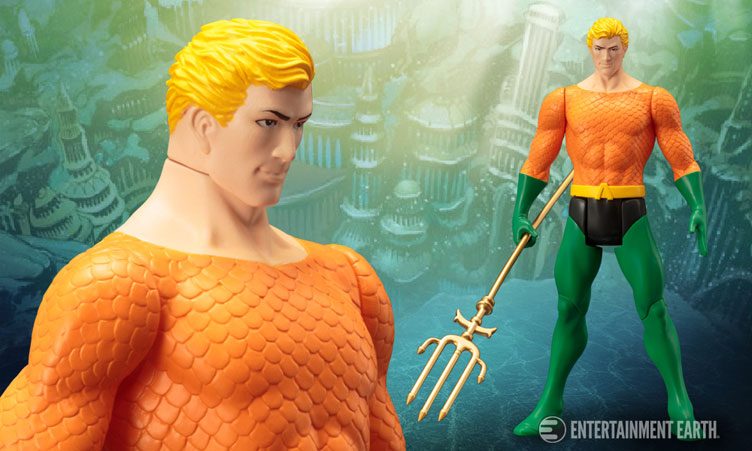 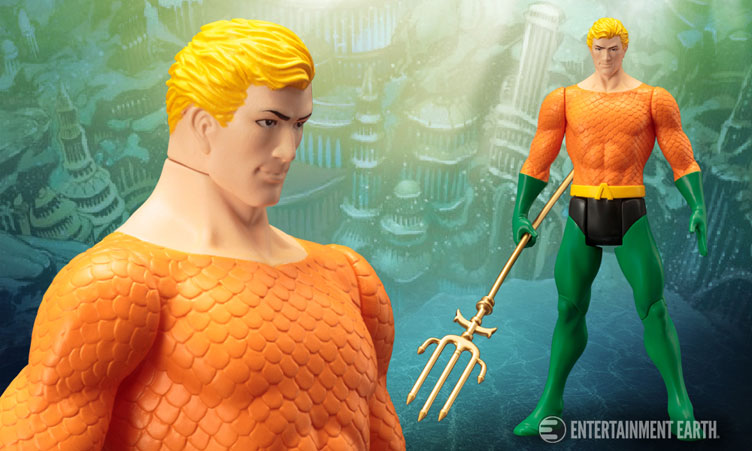 Based on the vintage Aquaman action figure from Kenner’s Super Powers Collection that originally released in the 1980s, this replica statue from Kotobukiya captures the Justice League’s underwater superhero in true retro style. The statue stands over 7 1/2 inches tall and features his signature scalloped orange shirt, green gloves, black trunks, yellow belt and lower body suit with fins, along with his trademark golden trident that can be displayed in two different poses. It even comes equipped with a magnetic display stand for perfect stability while on display. Collect him alongside the previously released Superman, Green Lantern, Flash, Batman and Robin ARTFX+ statues from Kotobukiya to complete the classic Super Powers themed set.

Want to add this Aquaman Super Powers ARTFX+ Statue to your collection? Click here to pre-order one at Entertainment Earth and it’ll be delivered to you in January 2017. 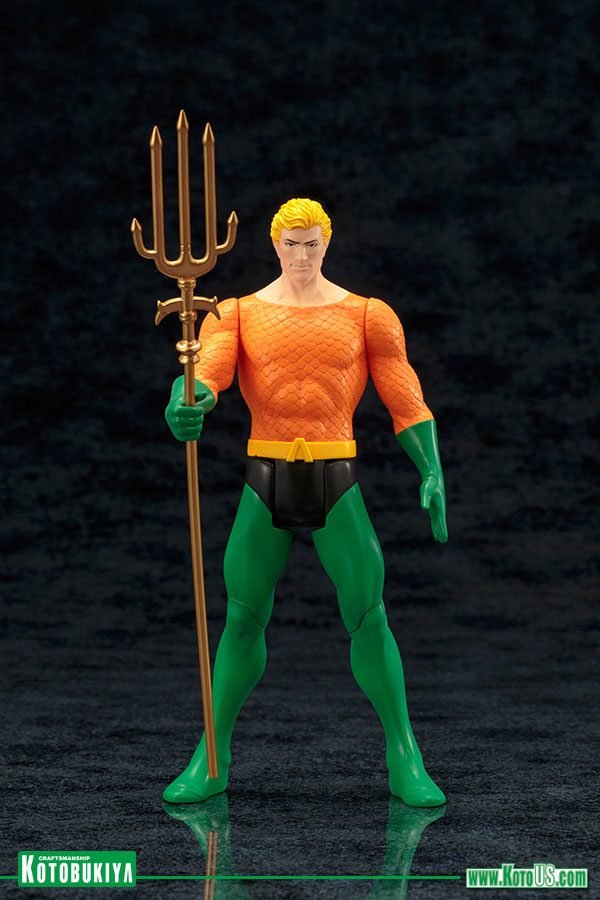 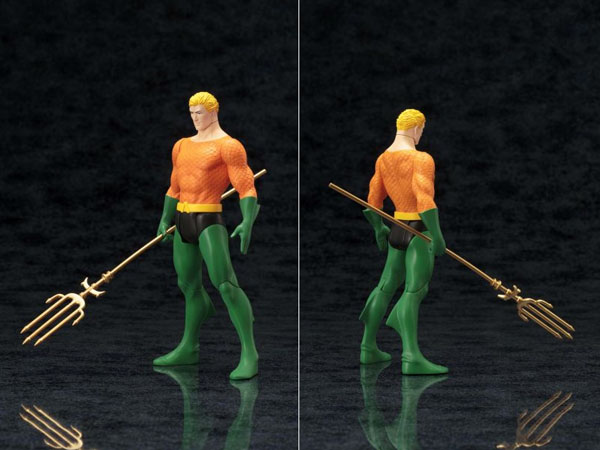 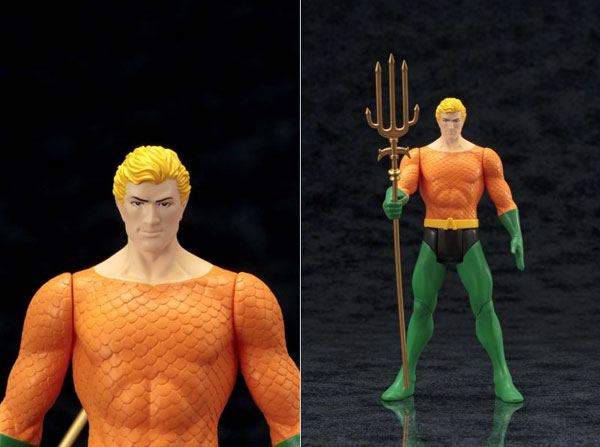 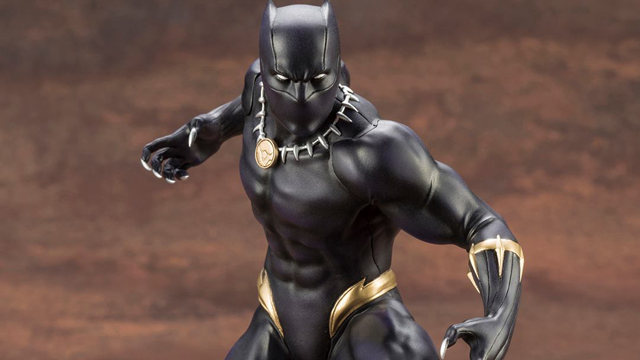